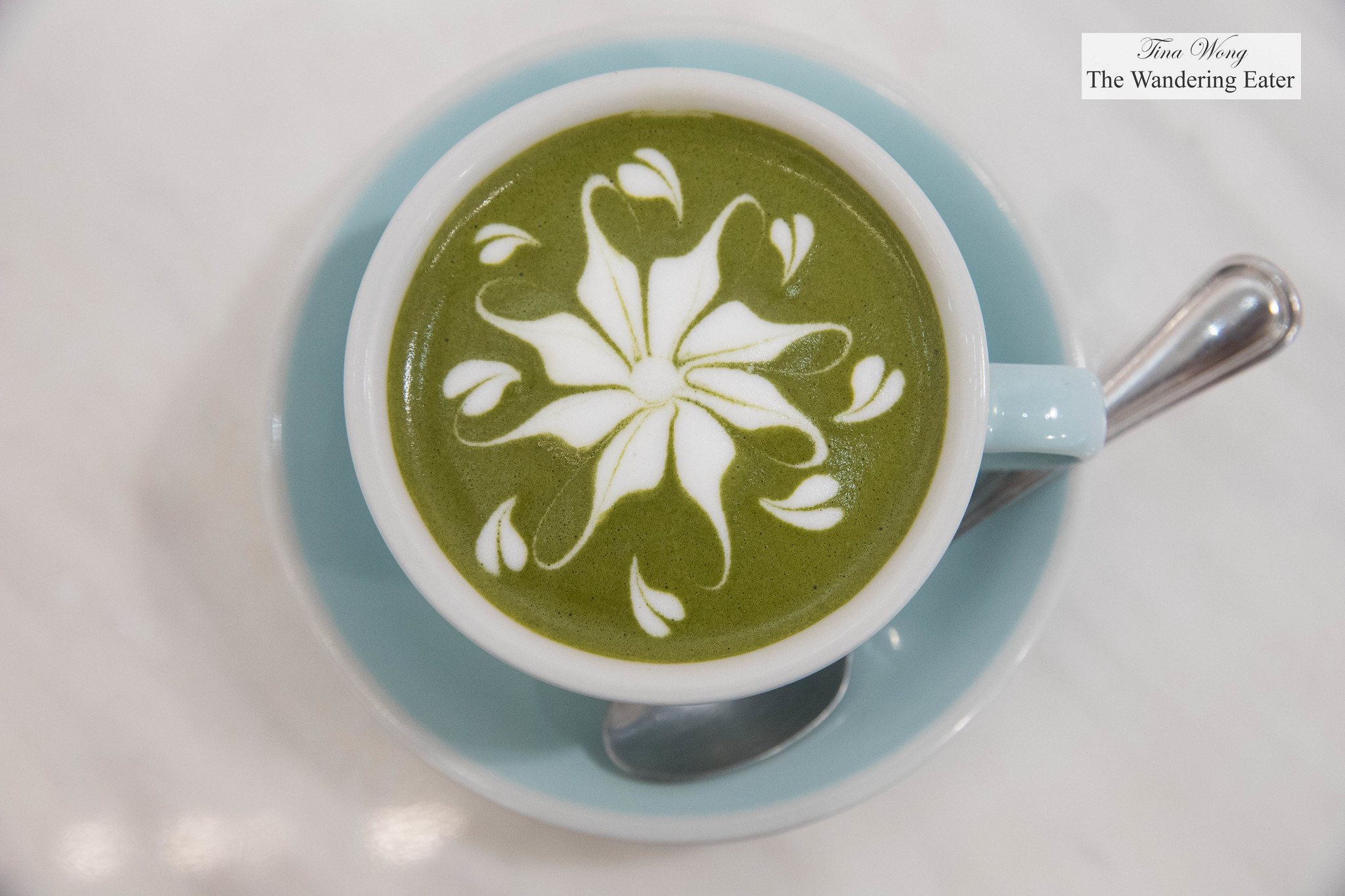 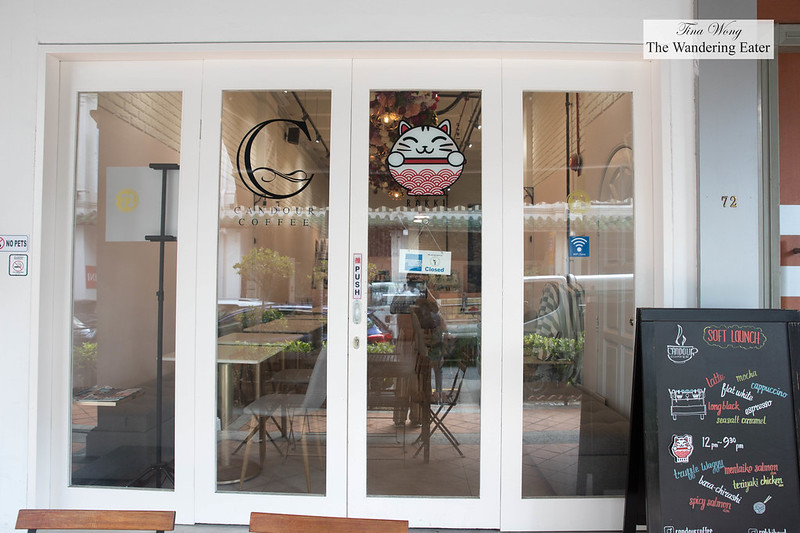 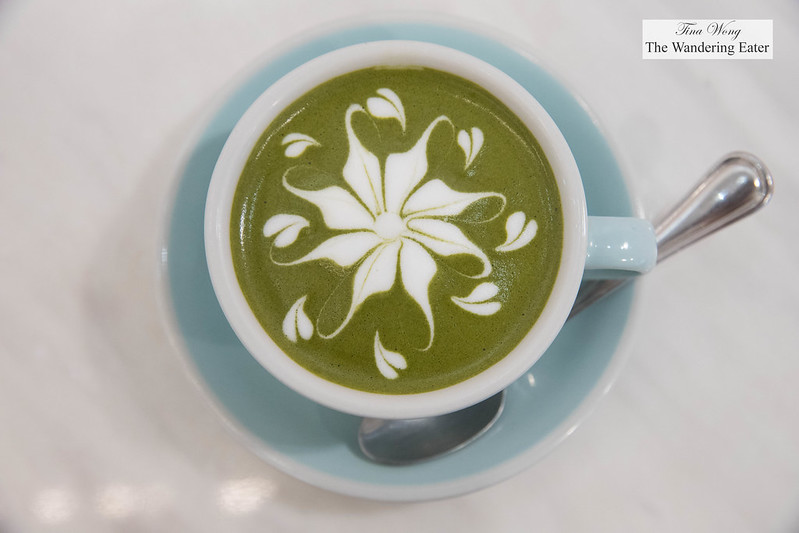 Singapore has a vast cafe scene but Candour Coffee is one of the few underrated ones out in Chinatown that has a touch of Australian cafe culture.

A few friends and I stopped by for a quick late afternoon drinks to cool our heels before heading off to the next sightseeing stop. Their sodas are interesting, super refreshing and not too sweet like the house made rose puree with lavender infusion and their cold brew hojicha was unsweetened and delightful.

Their matcha latte was artfully made as our barista took his care and time to craft that beautiful pattern. The cappuccino bridged the old school and new wave by using the “third wave” brewing of a cappuccino but dusted cinnamon on top (old school) and created the gorgeous swirl of hearts pattern throughout.

We were too early for their Japanese lunch and we were not in the mood for having cake. 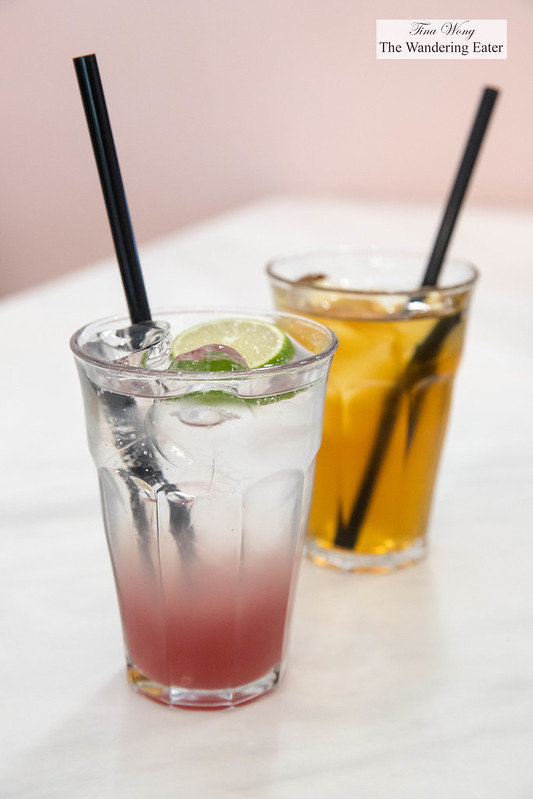