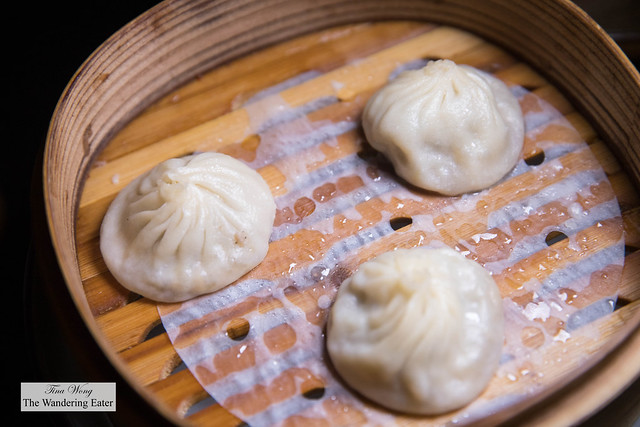 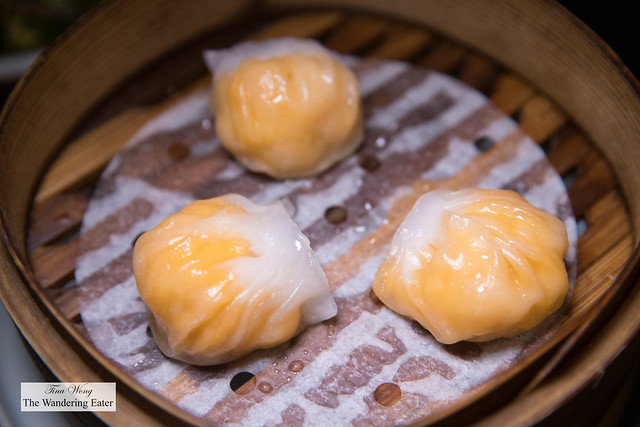 JustIN Flavours of Asia is the famous Singaporean chef-owner Justin Quek’s all-day casual restaurant. It serves elevated Singaporean comfort food by cooking with better ingredients and making most of their own sauces. The 72-seat restaurant, which faces Marina Bay Sands’ nightly light and water show.

We came in relatively late after seeing the light and water show, it was a buzzy atmosphere with its outdoor seating and there’s many groups of diners having a relaxed dinner.

We had a large meal starting off with some house made shrimp and fish skin crackers with house made dipping sauces that were delicious and one of them was spicy. The carafes of iced plum tea were just what you want in a very warm and humid night. The green mango, pineapple salad was refreshing, not overdressed, and arguably the only dish that balanced out our entire meal, as you would see as a whole from my photos.

The upscale takes of classic dim sum dishes like ha gow 蝦餃 became scallop and sea urchin 扇贝海胆虾饺 and the Shanghainese classic xiao long bao 小籠包 is filled with foie gras. Both of these luxurious dishes were very tasty and its respective wrappers were perfectly thin. However, having the sea urchin cooked through diminished the luscious creamy texture – and that is what sea urchin is all about. 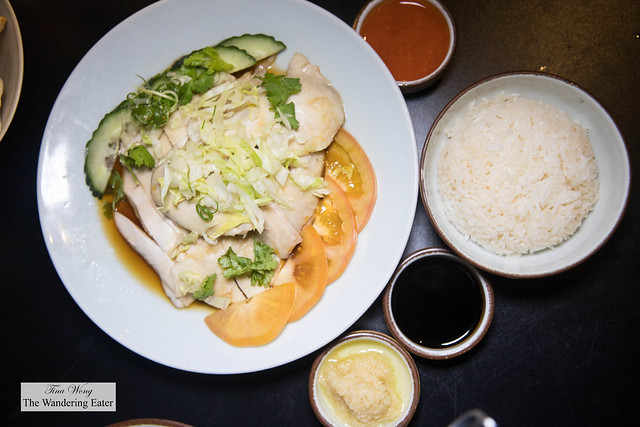 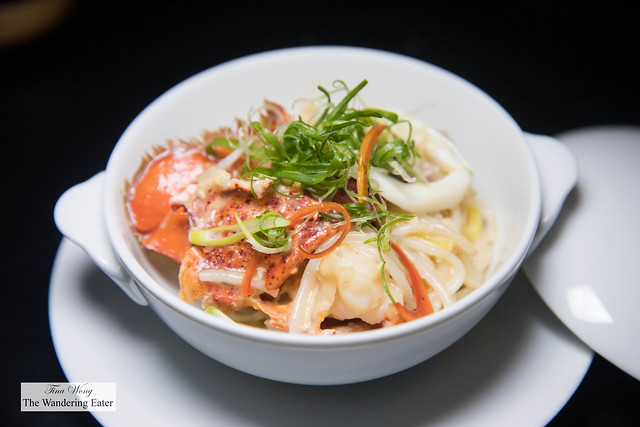 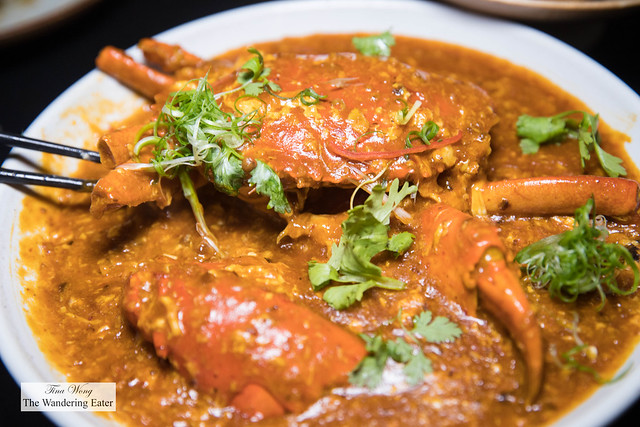 For the more substantial fare, the Singaporean version of Hainanese chicken was fantastic. The young chicken was supple and cooked perfectly. The trio of sauces that accommodate the dish (chili sauce, dark soy and grated ginger) were the key to this entire dish that created a symphony of savory flavors.

The Singapore chili crab is another quintessential dish of Singapore and it makes perfect sense why. The large crab wallowing in the bright red tomato-based sauce that’s very mildly spicy and served with a side of fried mantou buns. The pairing makes sense since the crab was relatively sweet and the fried bread was inherently sweet from the caramelization. Honestly though, I won’t mind eating the sauce by itself since it’s just that delicious.

When dessert rolled around, we did ask for durian crème brûlée but was informed it was sold out. What they decided for us to have their signature Goreng Pisang Split and their apple tart a la mode. The apple tart was more like a baked, crispy phyllo dessert with a touch of apple but we did enjoy the lovely vanilla ice cream on top. The Goreng Pisang Split is an interesting take of the classic banana split but with a twist. It’s fried banana filled with scoops of delicious salted gula java (palm sugar) ice cream and vanilla ice cream with a drizzle of chocolate sauce and finished with crispy rice. This banana split is the kind I wouldn’t mind eating (I tend to dislike the American version as it’s too sweet and I don’t care for whipped cream). The sweetness is controlled and it’s not crazy rich.

Overall, the food was very good and service was mostly attentive. The outdoor seating and people watching those walking, rollerblading and biking along the bay front area is neat. If you time it right, you might be able to get a glimpse of the light and water show that’s about ten or so yards away but certainly can hear the music. I would certainly come back for dinner when visiting Singapore again. 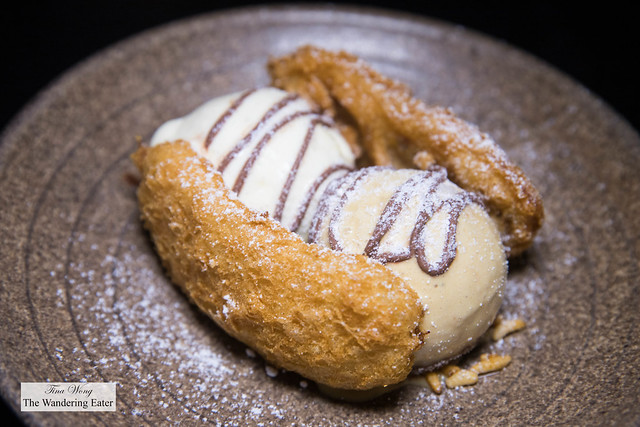