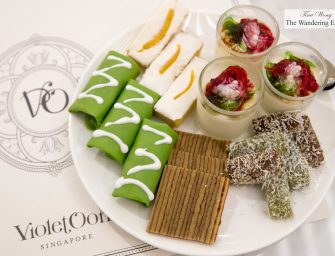 After spending several days in Singapore and understanding the multicultural city-state and Peranakan cuisine, Violet Oon is an upscale version of what that cuisine is. We visited its ION Orchard location for afternoon tea and it’s a understated beauty. Violet Oon is the grande dame of Singaporean cooking and is widely considered to be an authority on Asian cuisine, specializing in Nyonya food. She had her own television cooking show in the 1980s and wrote three cookbooks on Peranakan cuisine. In 2012, Violet and her children, opened Violet Oon’s Kitchen in Bukit Timah and two other locations: National Kitchen by Violet.. 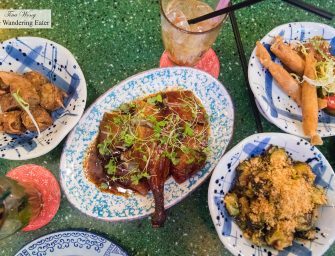 Dinner at Xiao Ya Tou or known as XYT is a cool experience of having to walk through the neighborhood of hip bars and restaurants and walking into an eatery that is decked out in an almost kitsch meets vintage Chinese themed restaurant filled with distinctive red lanterns, plastic chairs, and loud decor just call out to you as you walk past. XYT’s menu serves a plethora of playful and somewhat cheeky named food and drink offerings—all of which find their inspirations stemming from cuisines from all across Southeast Asia. (more…) 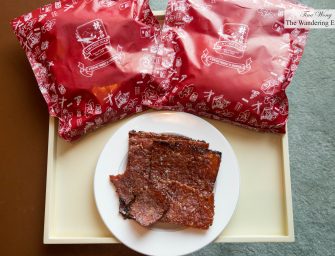 Bak kwa is a beloved Singaporean meat snack (and it’s loved by many Chinese since we have a similar version but it’s different). I’ve heard and read that Lim Chee Guan is one of the best brands in Singapore who makes this from scratch so I had to visit their original shop in Chinatown. (more…) 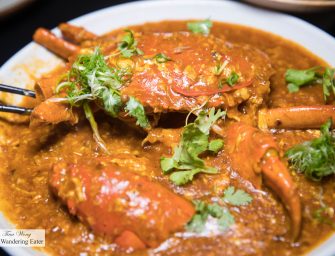 JustIN Flavours of Asia is the famous Singaporean chef-owner Justin Quek’s all-day casual restaurant. It serves elevated Singaporean comfort food by cooking with better ingredients and making most of their own sauces. The 72-seat restaurant, which faces Marina Bay Sands’ nightly light and water show.  We came in relatively late after seeing the light and water show, it was a buzzy atmosphere with its outdoor seating and there’s many groups of diners having a relaxed dinner. (more…) 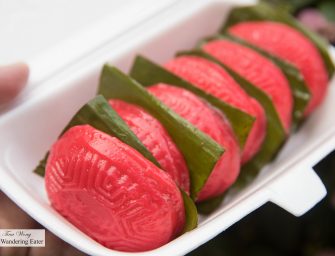 Ji Xiang Ang Ku Kueh is an old school type of confectionery shop that sells ang ku kueh or 紅龜粿 in Chinese. These are traditional tortoise shell-shaped cakes made with sticky glutinous rice flour filled with a sweet filling like red bean paste or ground roasted peanuts that originated in Fujian, China. (more…) 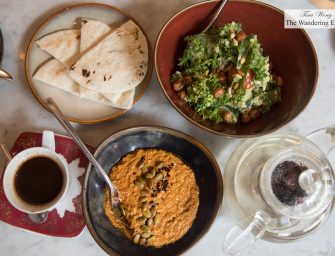 As one would generally expect, Singapore is a city-country that is multicultural, diverse and cosmopolitan. I was craving fresh Mediterranean food (not like I have an issue with local Singaporean fare but want a change for that moment) so Fat Prince was my answer for lunch. Fat Prince is a lovely cafe to have a calm meal. During the time I’ve visited there, it was a mix of a locals having a relaxing meal and a few small groups of nearby office workers having lunch together. The lunch menu is tightly edited to mezzes and about six or seven kebabs.. 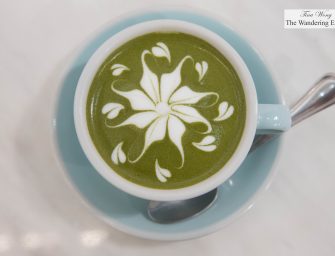 Singapore has a vast cafe scene but Candour Coffee is one of the few underrated ones out in Chinatown that has a touch of Australian cafe culture. A few friends and I stopped by for a quick late afternoon drinks to cool our heels before heading off to the next sightseeing stop. Their sodas are interesting, super refreshing and not too sweet like the house made rose puree with lavender infusion and their cold brew hojicha was unsweetened and delightful. (more…)

Yan Ting at St Regis Singapore is a very comfortable restaurant that can impress both visitors (like myself) and locals. The latter crowd are definitely affluent or some who want to celebrate an occasion. The dim sum menu is traditional and it is covers a lot of categories.  I’ve eaten with a few friends that afternoon and how the dim sum brunch works is that we each have our own pot of soup double-boiled fish maw soup with black garlic (原盅黑蒜炖花胶) and wok-baked Boston lobster with XO sauce (XO酱焗波士顿龙虾). We get to choose as many dishes as we want. The..