All posts by Tina 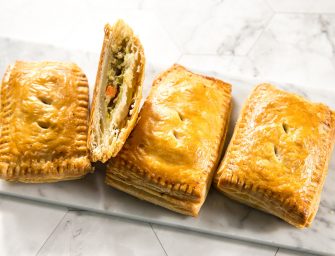 This post is sponsored by Hatfield Easter is approaching and while I do not celebrate that holiday for religious reasons but only for the secular, food holiday like Christmas. Easter for my family involves a lot of delicious food that has a mix of vibrant flavors that is not necessarily traditional. Since pork is a mainstay in my household and I care about sourcing, I like cooking with Hatfield. Hatfield is committed to animal care and to sustaining American family farms. They raise their pigs without hormones, steroids and growth promotants. What is even better is Hatfield has prepared fresh.. 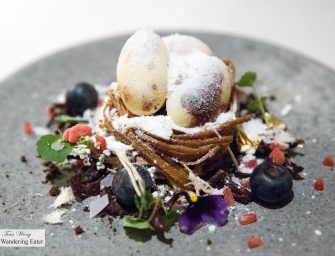 Partially open kitchen seen at Main Dining Room Non-alcoholic beverages: Glacial Melt & Ligonberry Spritz I’m happy to say after eating at Aquavit after all of these years, it is still very good for both the food and service. This restaurant opened back in 1987 and it made the reputation of Marcus Samuelsson and moved in 2005 from a light-drenched atrium with a defining waterfall to a more prosaic space in a pink-granite tower in the East 50s, where it stands now. The restaurant had a renovation that finished this past October now has a 40-seat bar and lounge area.. 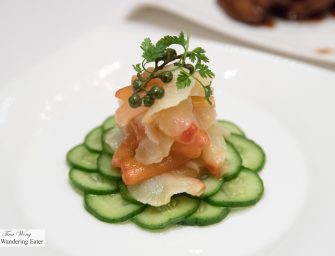 Entrance to Yong Yi Ting Yong Yi Ting was my final dinner destination while in Shanghai. This restaurant sits 21 feet underground at the basement level of the luxury hotel with floor-to-ceiling views of a specially created sunken patio that bathes the dining room in natural light during the day.Opulence greets you as soon as you step through the floor to ceiling glass doors of this fine dining restaurant. Ceramic lanterns shaped like Chinese wine jugs float along the eight-foot ceilings and complement the extensive wine cellar behind the elegant bar. The local chef Tony Lu, the celebrated mastermind behind.. 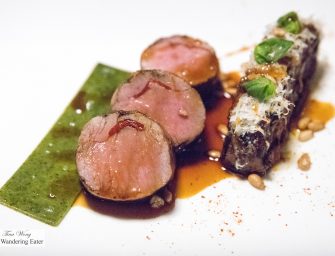 I’m straying from the Mandarin Oriental Pudong for a moment and briefly talk about my dinner at the 1* Michelin restaurant, PHÉNIX eatery & bar at The PuLi Hotel. This restaurant has Chef Pierrick Maire at the helm who has worked in some of the most prestigious kitchens in France like the 3* Michelin chef Yannick Alléno. His dishes deliver on flavor without being overly complicated and come with rustic touches and subtle Italian influences.  The eatery has been divided into two dining rooms, split in the middle by a bar area, which smartly creates a sense of arrival. Taking.. 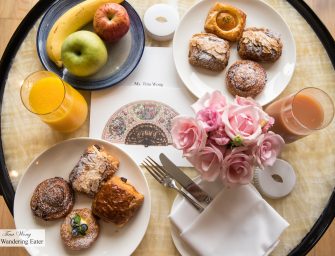 Street view of Mandarin Oriental Pudong before heading up the driveway The hotel I’ve stayed in Shanghai is the Mandarin Oriental Pudong. If you ever talked to anyone who lives and/or works in Shanghai and you mention that you’re staying at the mentioned hotel, its reputation preceded it, whether or not he or she stayed there. So when I rolled in my bags and arrived at the door, we were treated like VIPs. My reservation was an Executive King room so we were escorted to the second floor (you need a special key swipe to access that floor) and checked.. 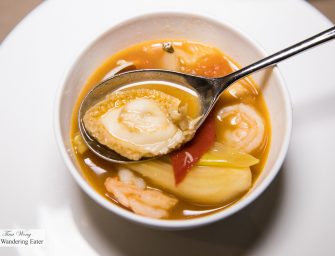 Usually I don’t seek another cuisine outside of where I’m traveling. For example, when I’m in Shanghai, I would typically eat Chinese food or eat the local region’s cuisine. However, I made an exception with Cafe Gray Deluxe at The Middle House. Chef Gray Kunz, who is named after this restaurant and owns, is one of the most revered chefs in the world. He made his name at the New York City restaurant called Lespinasse in the 1990s and started his own restaurant Cafe Gray at the Time Warner Center in 2004-2008. I remembered eating at the latter back in.. 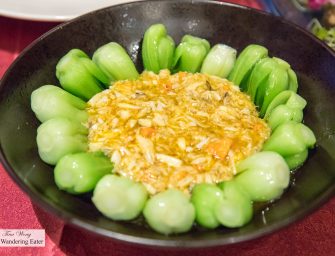 Lobby The Four Seasons Shanghai is one of the first luxury hotels in the city. (Let’s be clear about this and don’t confuse the other Four Seasons location in Pudong that’s opened in recent years.) This location in Puxi is centrally located in the downtown business district where there’s many commercial banks and company headquarters and see lots of white collared workers come out for a catered lunch as you’d pass by, and of course, luxury shopping malls to peruse or shop to your heart’s content.  The Four Seasons is bright and beautiful. The high-backed velvet chairs and contemporary chandeliers.. 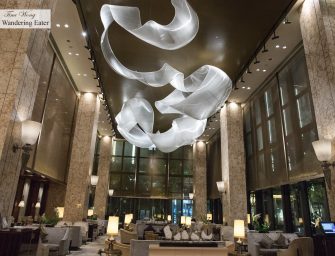 Lobby Lobby centerpiece The other hotel I’ve stayed in Hangzhou was Midtown Shangri-La, Hangzhou. This Shangri-La hotel is the newest of the two in Hangzhou and interestingly this hotel is connected to the luxurious Kerry Centre Mall and about ten minutes to West Lake. This stately and centrally located hotel is great. Check-in was speedy and for the most part the receptionists spoke English fairly well. I stayed at the Executive Club King room so my room is on the floor of that lounge. (more…) 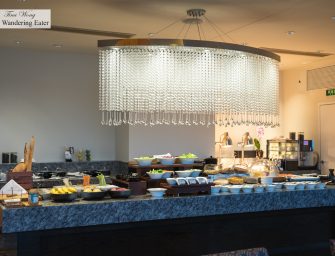 Canopies of willow trees at West Lake Boats floating on West Lake West Lake, Hangzhou Next off to Hangzhou! My flight from Chengdu took me to Shanghai. Learning that Hangzhou is less than an hour away from Shanghai by way of the bullet train, I planned to head to this city for a few nights. The bullet train system in China is very efficient. It’s like any other train station I’ve been to in Europe: it’s lots of people waiting on lines and waiting around the central information area waiting for their gate information; chaotic to swim through the masses..