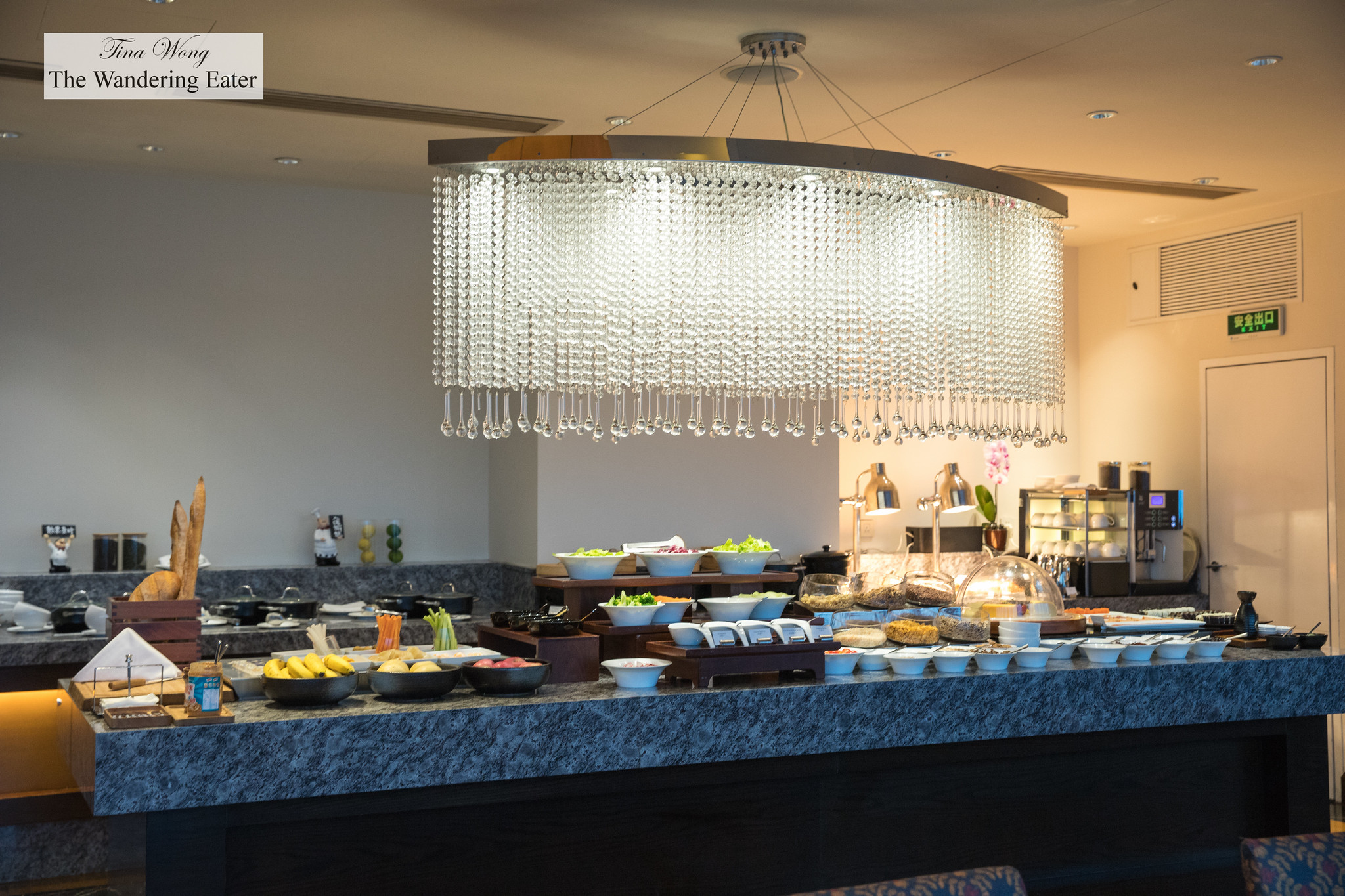 Next off to Hangzhou! My flight from Chengdu took me to Shanghai. Learning that Hangzhou is less than an hour away from Shanghai by way of the bullet train, I planned to head to this city for a few nights. The bullet train system in China is very efficient. It’s like any other train station I’ve been to in Europe: it’s lots of people waiting on lines and waiting around the central information area waiting for their gate information; chaotic to swim through the masses and run to the gate where the train is departing since you have a 10-15 minute window from when the gate information is published to departure time (except those trains leave on time unlike certain trains in Italy where there’s extensive, unexplained delays).

Hangzhou is known as a vacationing spot because of its scenic beauty of West Lake and slightly slower pace of life. It’s also a famous city where the tragic romantic legend of the White Snake originated. I’m not here because of the legend but here for the tea (there are villages outside of the city that grow dragon well tea) and to check out the hotels and of course, the food scene.

I’ve stayed first at JW Marriott Hangzhou. This place is located near Wulin Square, a 10-minute drive from the scenic West Lake and a 3-minute walk from Hangzhou Tower shopping mall. Adjacent to The Grand Canal, the stylish hotel features an indoor pool, a 24-hour fitness center and offers free parking.

My King Executive room is quiet, spacious and modern. My room has a minibar, a capsule coffee machine, ironing facilities and a flat-screen TV with cable channels. The most charming (and some may call it odd) thing is to have a bathtub that has a view of the room since the room’s window does have a view of the city.

The bed was comfortable and I had a good night’s sleep especially with all of the flying and train rides that finally got me here.

The hotel’s Executive Lounge is spacious and does have a very nice view of Hangzhou. Their breakfasts are quite good in regards to having the balance between Western and Chinese food offerings. Since I’m in China, obviously, I would focus on the Chinese food. Their stews are delicious and so are the vegetable dishes. The soup dumplings and steamed cha siu bao (叉烧包) are decent. They have a handful of made-to-order dishes like the jianbing (煎饼), egg benedict with dragon well tea and a noodle dish (I forgot the actual name) that had a milky white soup that was decent (I admit I added some of the stewed pork on top since it only comes with a few greens).

Come around the late afternoon, tea is a tightly edited amount of open-faced tea sandwiches of salmon on rye and a chicken sandwich. The desserts were good especially the green tea cookies and the mini mango coconut cake.

I’ve skipped the Lounge’s Happy Hour since I wanted to have room for dinner at Man Ho, the hotel’s Cantonese and Shanghainese fine dining restaurant. This restaurant is large and spacious. The semi-open kitchen is found when you walk toward the middle of the restaurant and there’s an opportunity to take a peek of the cooks prepping the dishes. I’ve eaten a large number of dishes and will give you the highlights of the meal:

Since it is autumn, it is the season for Shanghainese hairy crabs or also known as Chinese mitten crab (大闸蟹). This delicacy is prized for its sweetness and the crab’s golden roe, which is creamy and buttery.

My crab was prepared the spartan way – steamed. I’ve asked the kitchen to break down the crab as much as they can since I don’t want to make a big mess. (Eating crabs of any type is always a messy affair.) What I really enjoyed is the bright orange roe that’s on top and the creamy roe that oozes once I uncover that bright orange plaque of roe. There isn’t a lot of meat from this crab but whatever I can crack my way through, it’s certainly sweet meat. What I do appreciate is the kitchen serves an herbal tea right after the crab is eaten to balance out the “heat” of my body.

Another Chinese delicacy I’ve had is the braised sea cucumber. There were at least five or six variations of the dish but my waiter recommends the one with barley, which I never had before. This was a delicious sea cucumber that’s perfectly tender and sliced with ease using a butter knife. The barley was cooked until it became creamy that worked well with the silky texture of the sea cucumber and the deep savory flavors of brown sauce that is crucial to this dish.

The Cantonese style roast duck was delightful. The smooth, delicately crisp skin, it’s meaty and fat was rendered nicely. (This is not Peking duck since it’s not the same in terms of technique and minute texture differences when you compare the two.)

What Cantonese cuisine excels the most compared to other Chinese cuisines is soup. What I’ve had is a deceptively simple looking chicken and king oyster mushrooms soup in a large white serving bowl. This soup was wonderful with so much depth and flavors of the two ingredients and it’s perfectly seasoned. It also felt soulful when I’m sipping my bowl of soup.

What I didn’t anticipate is the fact the restaurant still serve dim sum into dinner service. I’ve finished my savory course with the trio of sheng jian baos (生煎馒头). These are slightly daintier than the typical Shanghainese versions and they were tasty. The slightly fluffy bun meets a fine, slightly loosely packed pork and pickled vegetable filling.