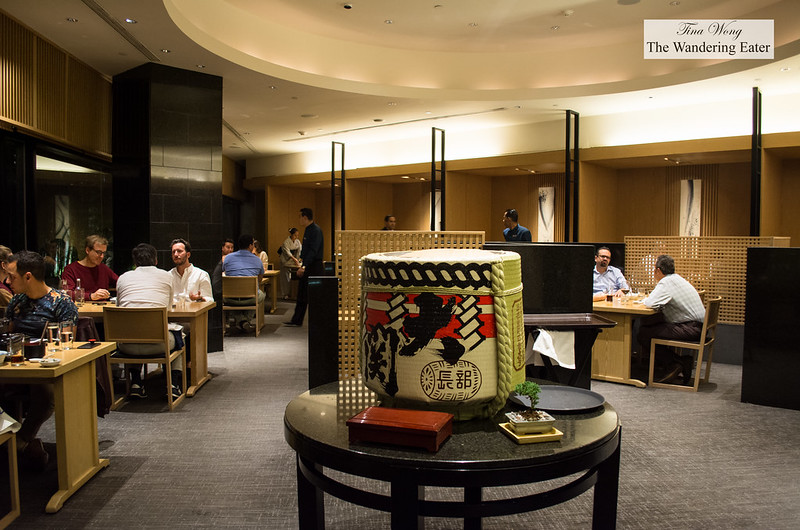 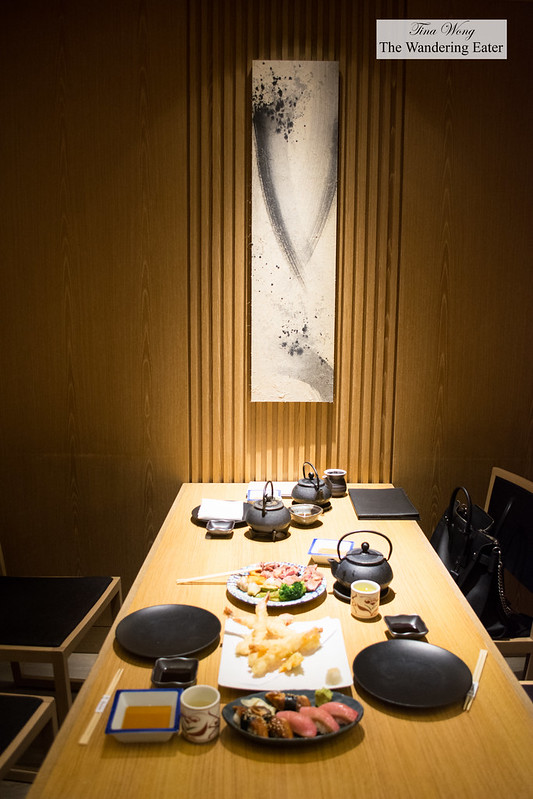 During my time staying at the Hyatt Regency Mexico City, one of the staff members who was our appointed butler, Francisco mentioned that there is a fairly large community of Japanese immigrants to the city and while there isn’t a large enclave like the various Chinatowns and Koreatowns we have in the States, there’s a reason why there are a number of Japanese restaurants in Mexico City. He also informed us that this hotel was previously a Japanese-owned hotel hence the two Japanese restaurants in residence here. Of the two, we chose Yoshimi since we had a strong craving for sushi and other cooked Japanese dishes.

The restaurant does transport and reminded me of my trip to Tokyo. The minimalist, blond wooden finishes of the dining room and large sake barrel that’s set in the middle of the dining room, with an outdoor dining area with a rock garden. The most of the waiters and waitresses were dressed in full kimono with geta sandals. 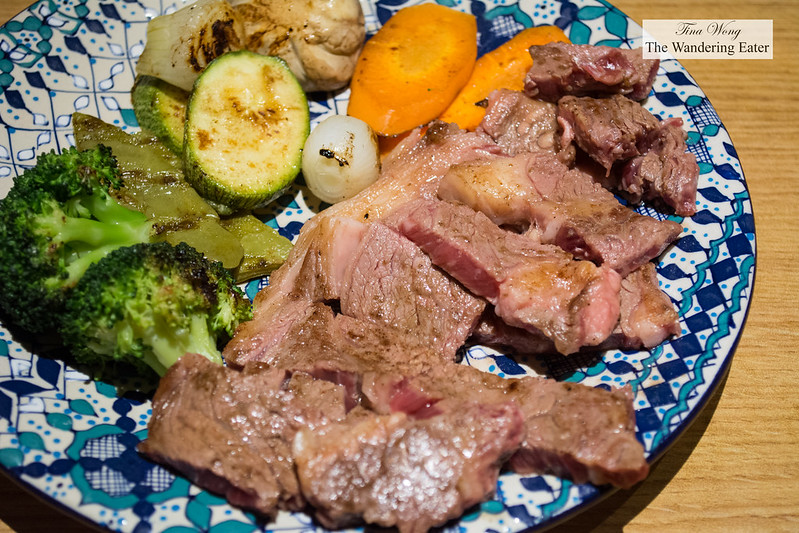 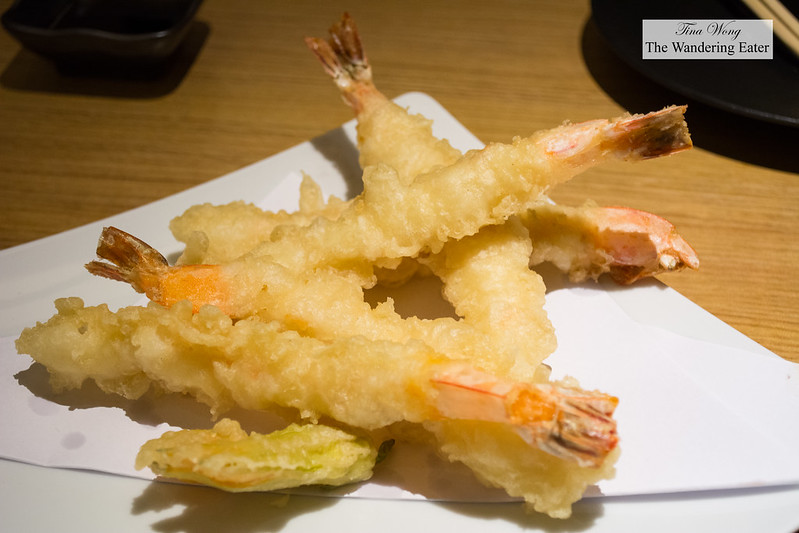 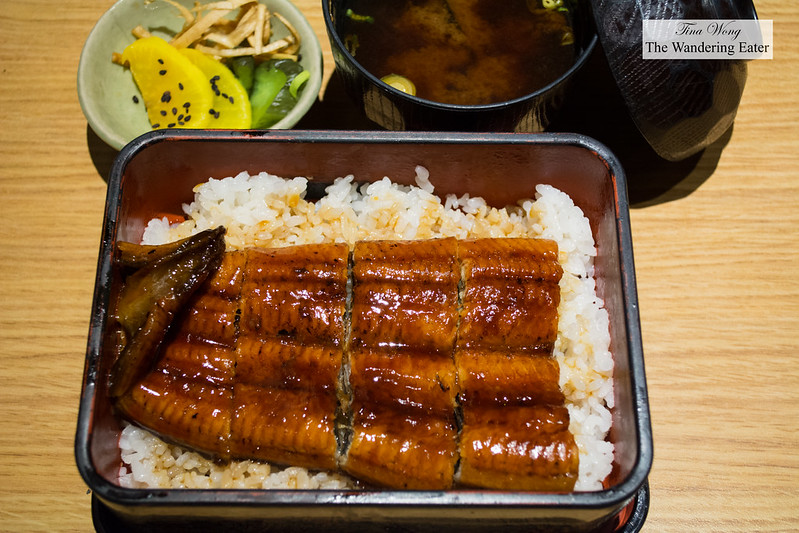 We ordered a smattering of cooked dishes, sushi and sashimi since my group had varied preferences in terms of Japanese food. The cooked food arrived first from the kitchen. The tempura ebi with baby zucchini blossoms were great. Delicately crispy and not at all greasy and the large shrimp was just cooked through. The steak jyu, a seared beef rib eye that’s cooked to a requested medium-rare served with sauteed onions and vegetables were good. The beef was tender and well seasoned.

The best cooked dish (and arguably of the entire meal) was the unagi don, the grilled eel over rice. My dining companions were fawning over this dish, as they were on the same Tokyo trip and even said it was better than what they had experienced in the upscale depachika of Shinjuku Takashimaya. The eel itself was succulent and the glaze was very flavorful while the rice was cooked nicely to absorb and mix that lip smacking sauce with. 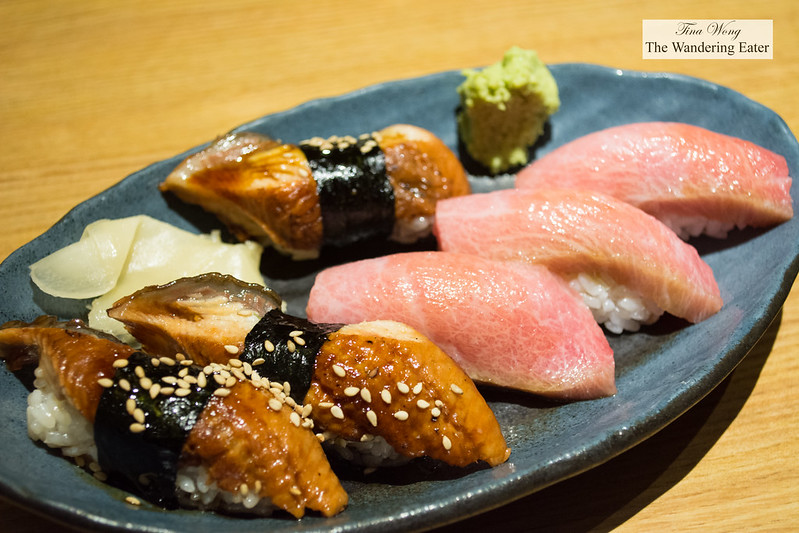 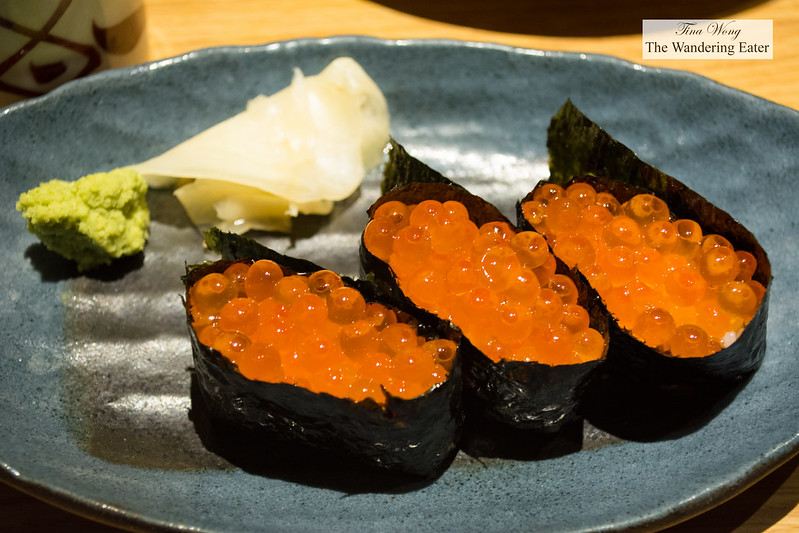 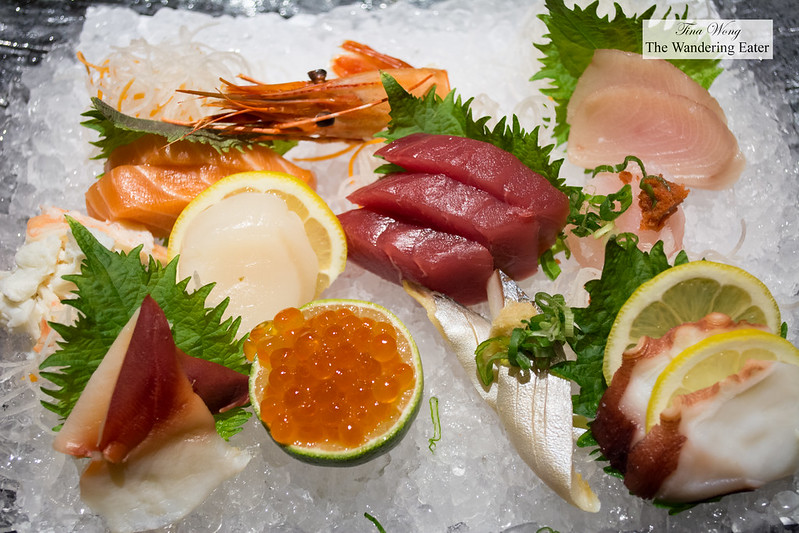 For the nigiri sushi and sashimi items, they were overall very good. We ordered individual pieces of nigiri unagi eel (yes, we are obsessed with it), toro fatty tuna and ikura. The toro was the best because of its supple, silky texture. The unagi was tasty but not as good as the rice dish in terms of texture. The ikura was a fun piece for the briny flavors and pop-texture when bitten down. The sashimi platter of the evening consisted of salmon, lean tuna, octopus, snow crab, mackerel, yellowfin and ikura. While a few items were repeats to the nigiri, they were still very tasty. My personal favorites on the platter were the yellowfin and sweet snow crab. 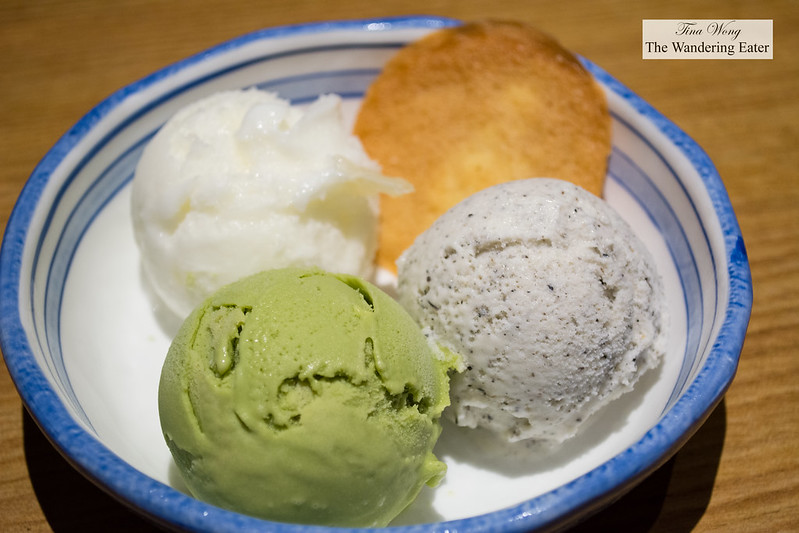 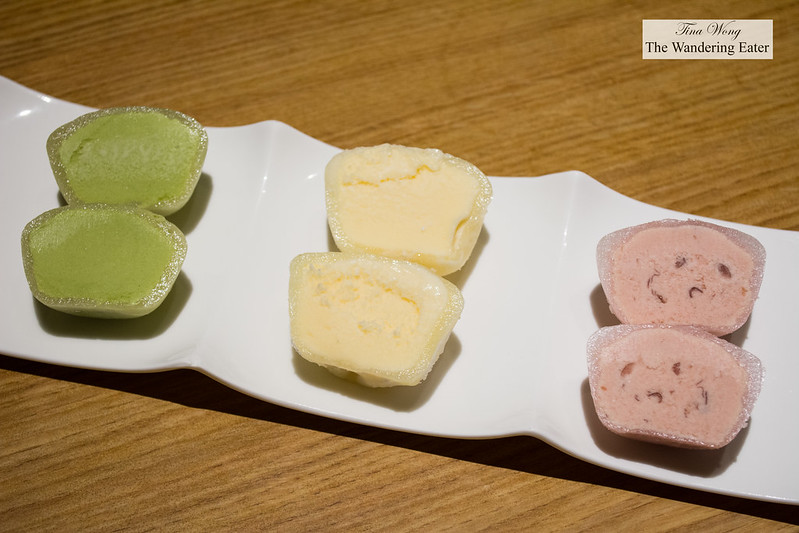 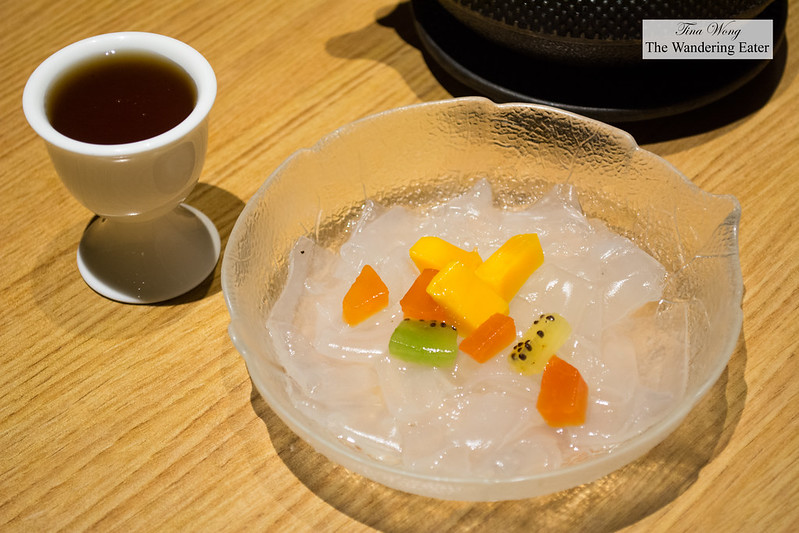 For dessert, we craved ice cream in multiple forms, so to speak. The scoops of the matcha green tea, black sesame and lychee ice cream were overall good and if I have to nitpick anything, I wish the textures of each were icy. The best of the three flavors was the black sesame for its robust nutty flavor. The mochi ice cream (the flavors of the night were matcha, vanilla and adzuki red bean) were generally of the same as the scoops of ice cream but wrapped in the mochi. This time, I prefer the mochi wasn’t as chewy or hard textured on the teeth/palate since it’s taking away the potentially sublime eating experience. The kuzu kiri jelly is a traditional Japanese dessert of a Japanese root starch based jelly topped with fresh cut fruit and served with a brown sugar syrup on the side. The jelly was good – not sweet (in a very good way) and it’s a cool, refreshing type of dessert that I’d prefer having during the warmer times without eating any frozen dairy.

Overall, this restaurant is great. Their cuisine is not tainted in any way of cross culture flavors or references, it’s straight up Japanese which I admire given we are outside of Japan. The service was very good and the staff was happy to explain anything on the menu. I would definitely eat here again.