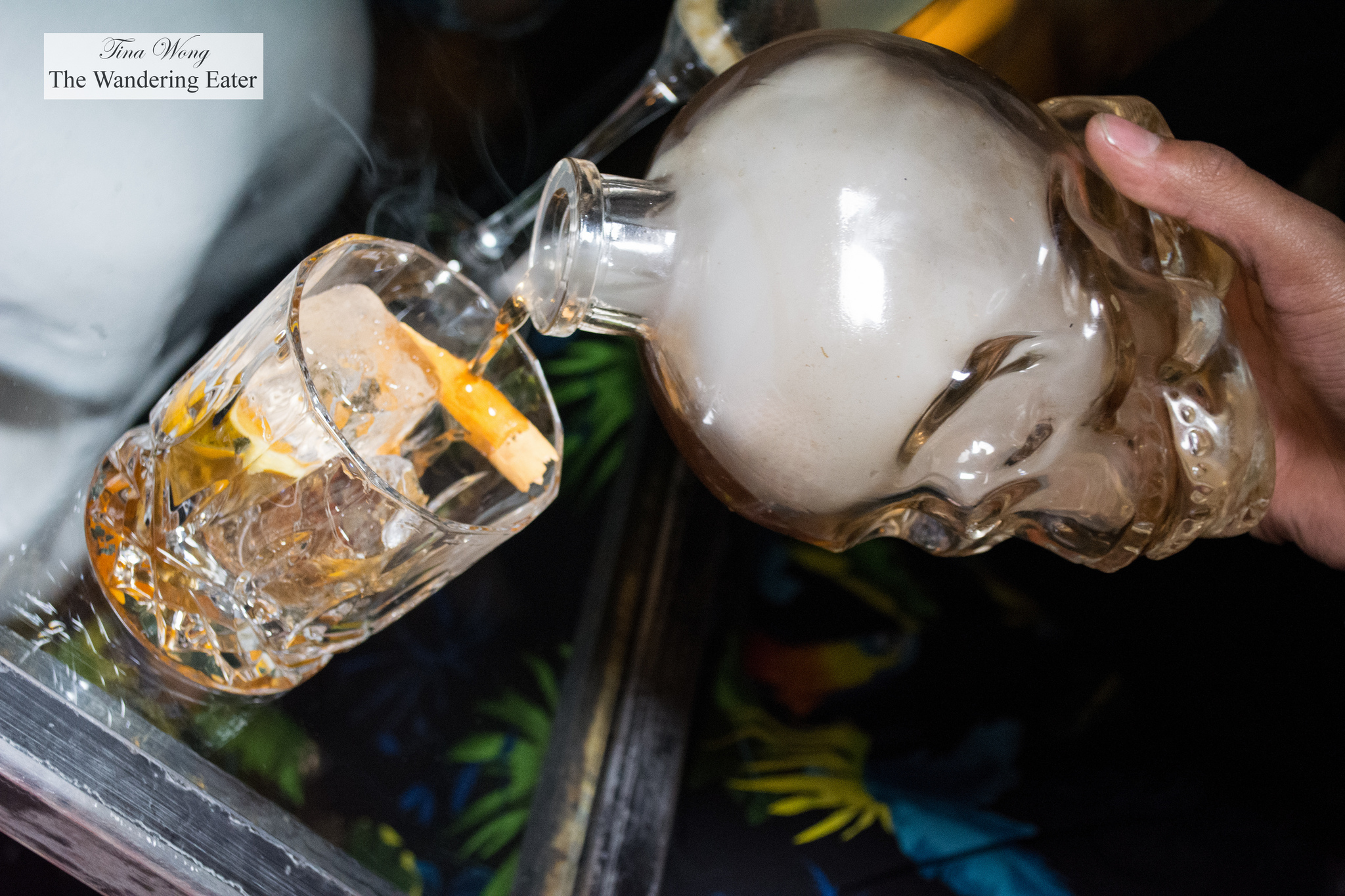 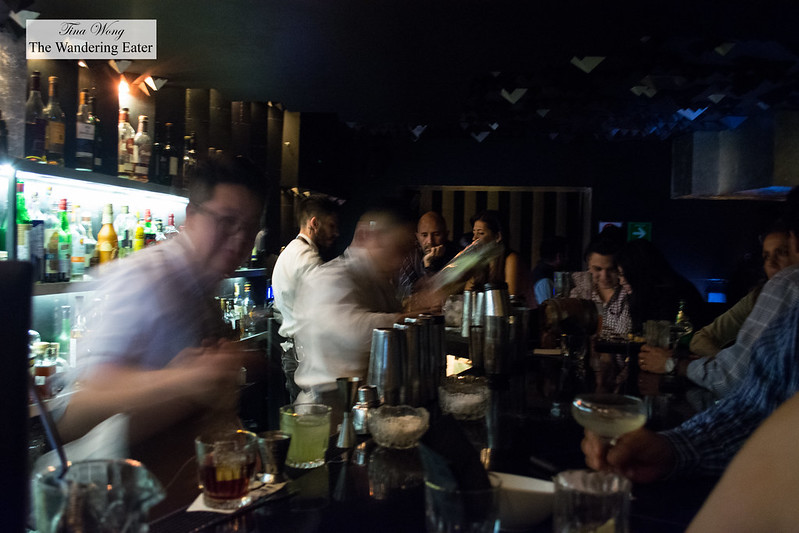 When it opened, Jules Basement was intended to be a speakeasy-style bar, a secret spot known only among friends and friends of friends who spread the news that there was an literal underground bar behind a refrigerator door in a taco restaurant at Julio Verne 93.

Jules Basement has become a magnet for bar hoppers who love craft cocktails and hangouts where decor is as important as drinks. With respect to the former, expect a black-and-white color scheme, lots of texture on the ceiling and bar, and Damien Hirst-esque skulls (minus the shimmering diamonds). Since we were there on a Saturday night, a DJ was blasting house music to keep the convivial atmosphere and it’s crowded were three drinkers deep to get to the bar. 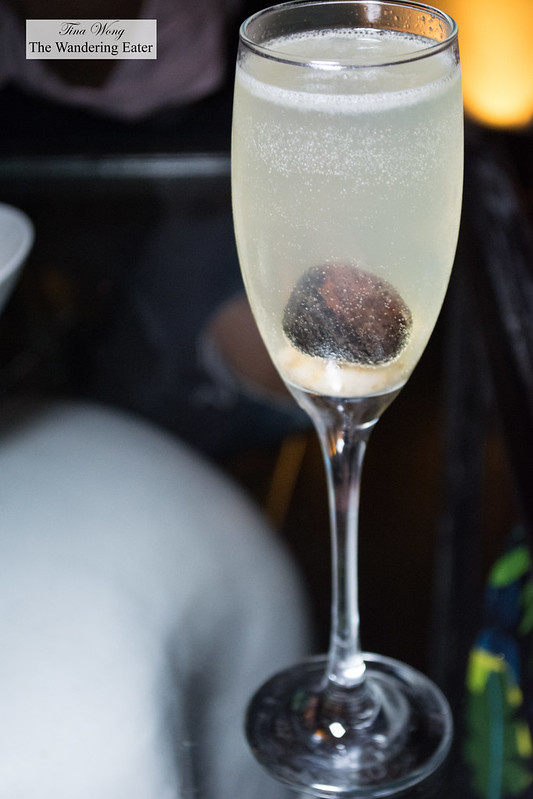 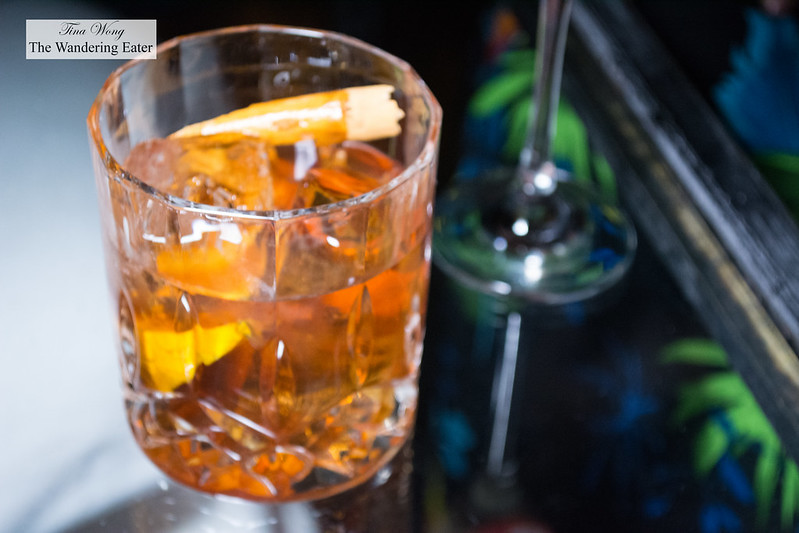 As far as drinks go, the menu is fairly extensive and has an interesting collection of Prohibition Era cocktails like The Pegu Club or The Last Word, classics like Hemingway Daiquiri, and their own classics.

Since we were there for a quick nightcap, my friend had the Autumn Sweater, a gently sweet, sparkling cocktail made of Canadian Club whiskey, Martini Bianco infused with vanilla, Campari, cherry bitters, Champagne and vanilla sugar. The most surprising element was the two pebbles on the bottom of the glass (we earlier thought it’s a grape or something edible).

My drink was the Elegante del Caribe, a cool looking drink presented with a clear glass skull decanter filled with the drink and cinnamon smoke and poured table side into a double old fashioned on the rocks and a large, wide orange peel. This strong drink was made of rum, brandy, Chivas Regal 12 whisky, vanilla syrup, chocolate bitters, and Angostura bitters. As you’ve probably gotten a gist of my drinks of choice, I prefer them strong and slightly bitter – and it fulfills it.