First Class from Emirates at the US Open 2014 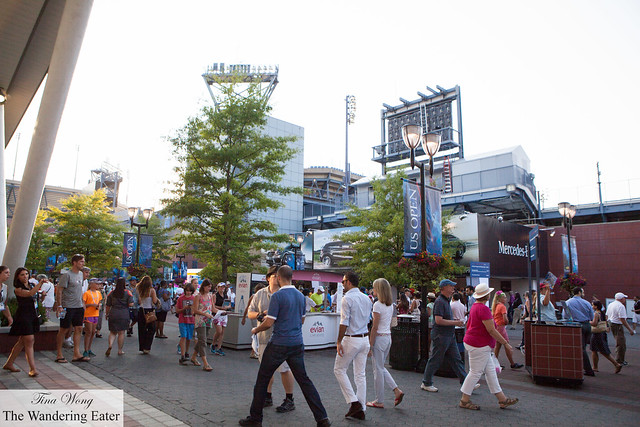 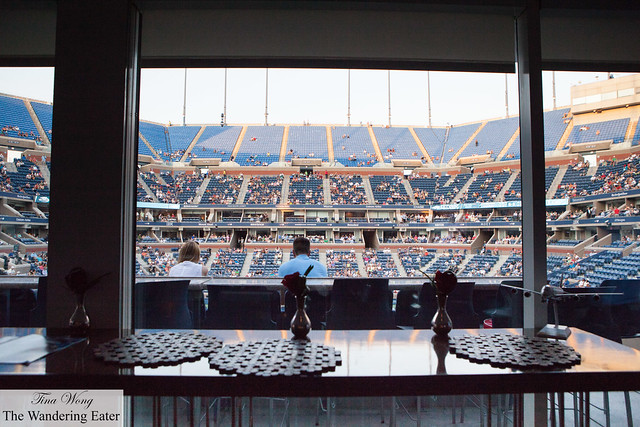 The crowds on the grounds of the U.S. Open; Looking out to Arthur Ashe Stadium from inside the Emirates VIP Suite

The past week I was invited by Emirates to one of their exclusive VIP suites to eat and watch a game at the U.S. Open. 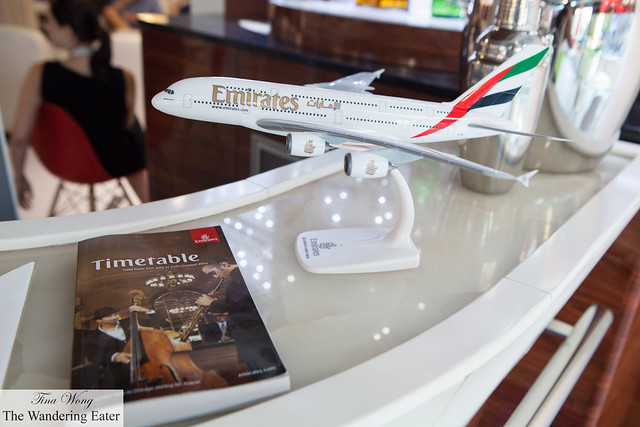 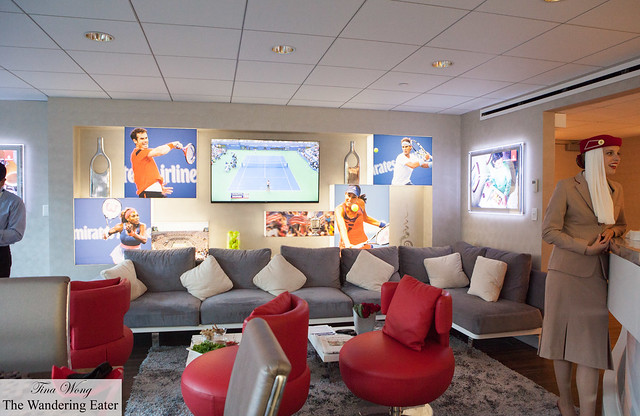 This was such an honor to be invited by such a first class (literally) airline brand. They pay attention to details like comfort of your seat (you’d have slightly more leg room, even on coach and can recline more than the average airplane) and the huge A380 plane has private suites, shower spas and flat bed seats for first class. On the food side of things, when they fly overseas, you would have meals that align to where you’d be flying. For example, when you’re flying in the time zone of Dubai, you’d have Middle Eastern cuisine and by the time you’re nearing Hong Kong as your final destination, you’d have Chinese fare. Pretty neat. 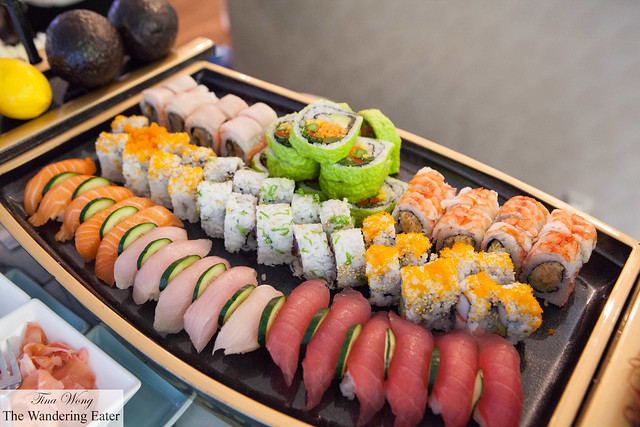 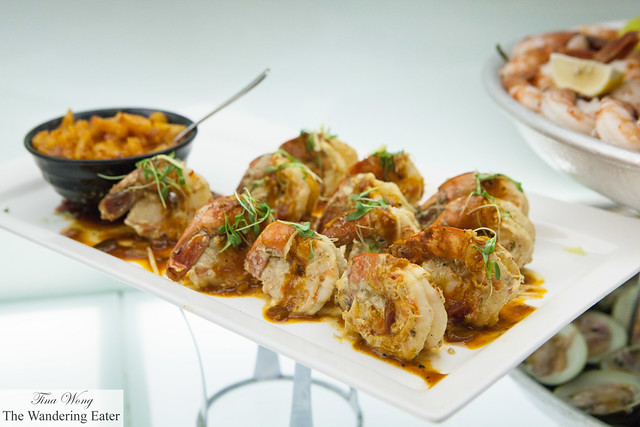 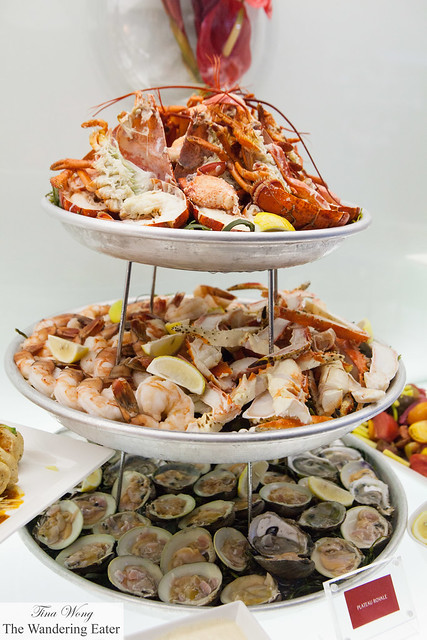 We got a glimpse of what this luxurious airline brand offers in the suite of the U.S. Open. The cushy couches and seats. The glass tables and marble counters to dine on and even outside on the terrace there were Emirates branded cushions for us to sit on rather than sitting on the hard plastic molded chairs.

We have a sushi chef on hand to make fresh maki and nigiri for us. A large tower of delectable raw bar consisting of clams, oysters, lobsters and large shrimp cocktail. The hot food that are primarily Indian fare (and it’s very flavorful and done well) as well as fresh tomato heirloom and bean salad and other protein items. Their humongous prawns called jhinga achaari was stewed in curry and it was very tasty. 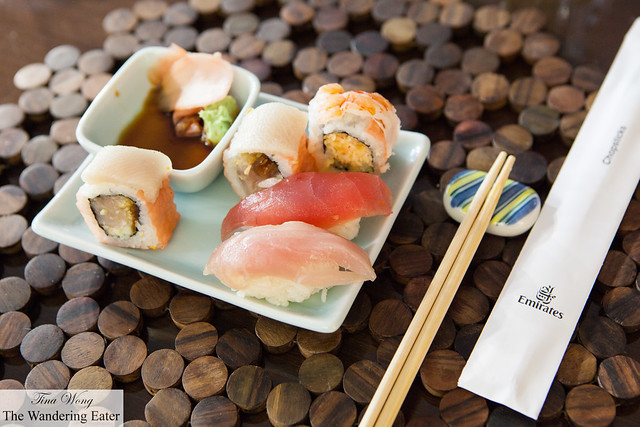 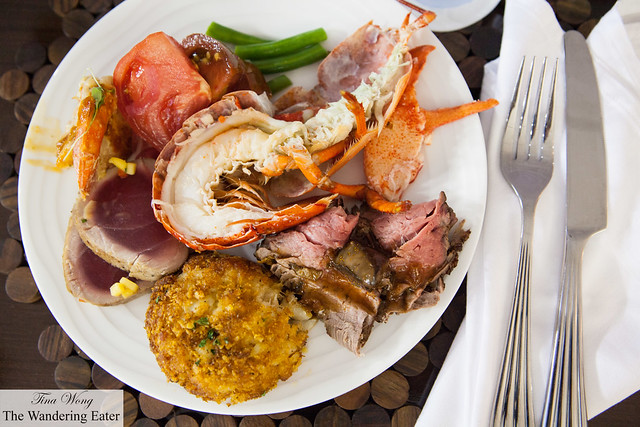 My plates of food 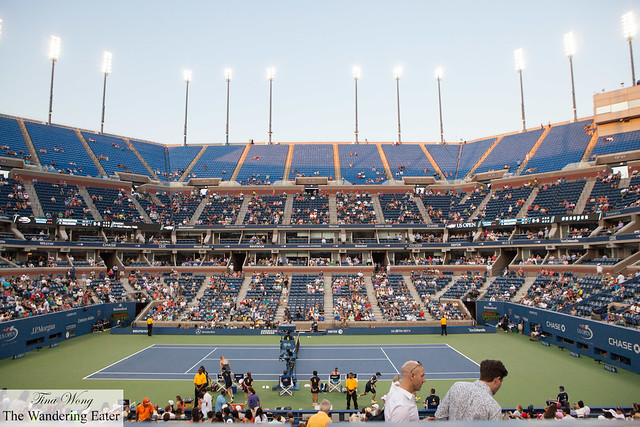 Once the time rolled around to watch the game, we had prime seats watching Venus Williams and Timea Bacsinszky duke it out on Arthur Ashe Stadium. Exciting match, especially toward the last few sets. The bar was still open while the match was holding and you can still get a plate of sushi if you’re still feel like snacking.

We had a blast at such a high class affair. The food was great. The game was obviously top notch and the seats can’t be beat. I would love to fly on Emirates if the comfort and entertainment are as great as this. 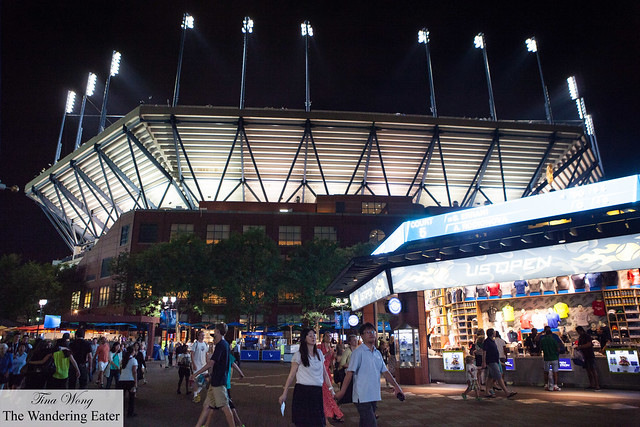