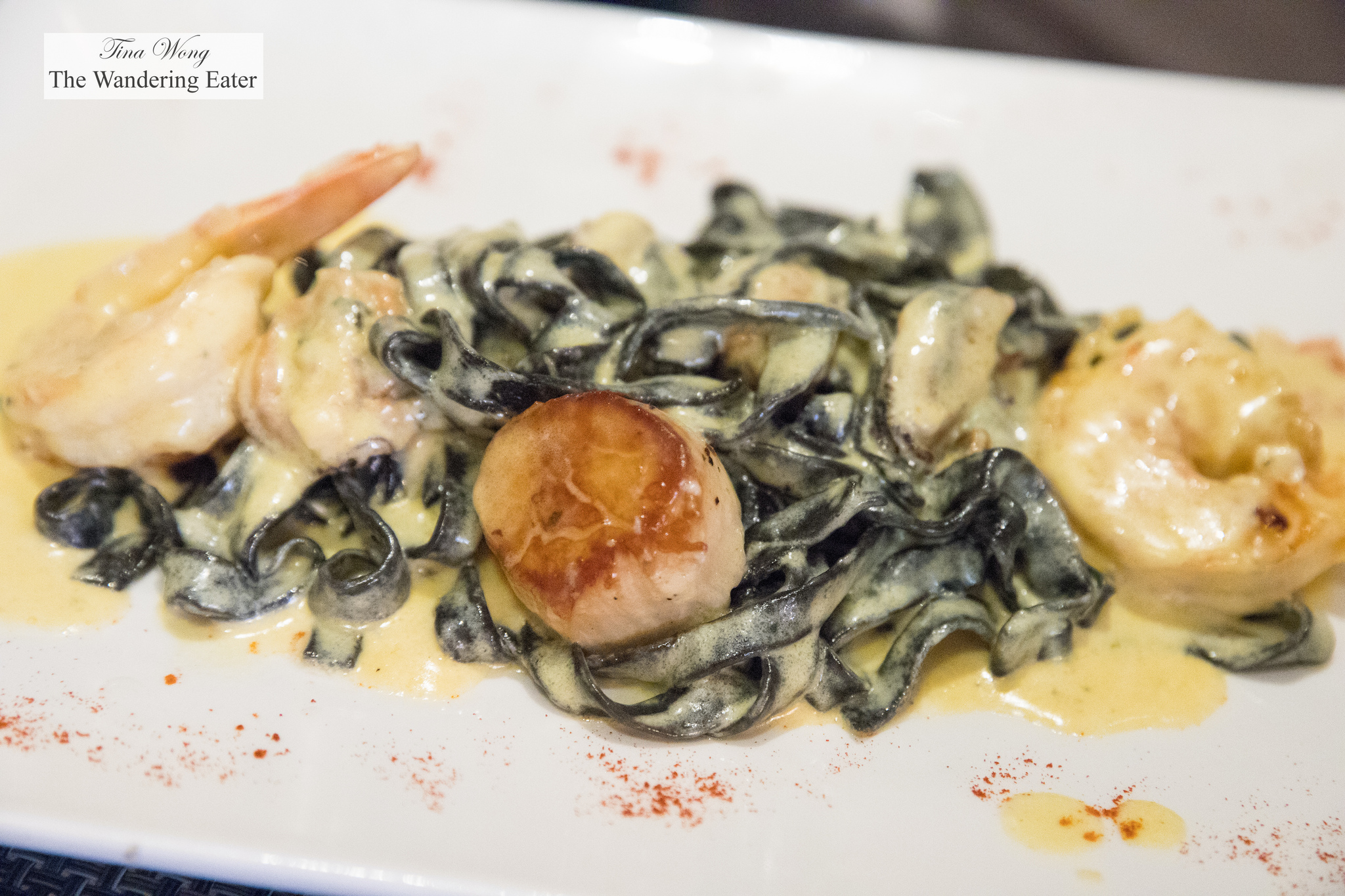 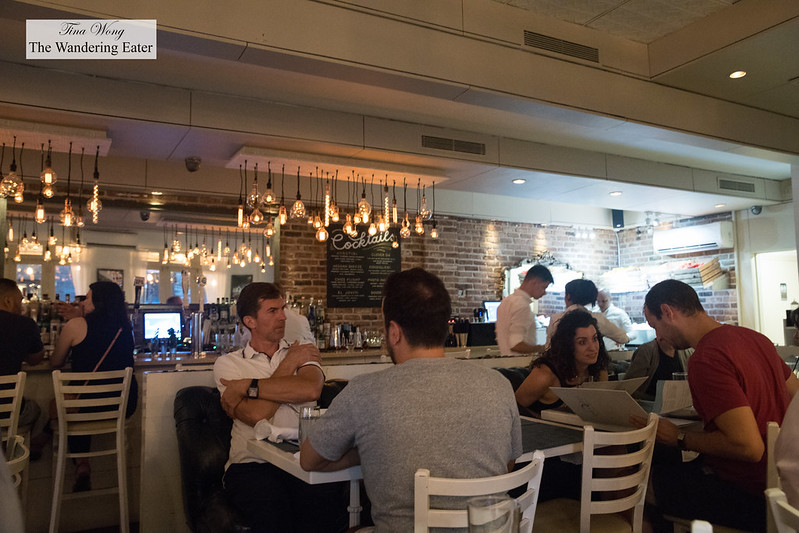 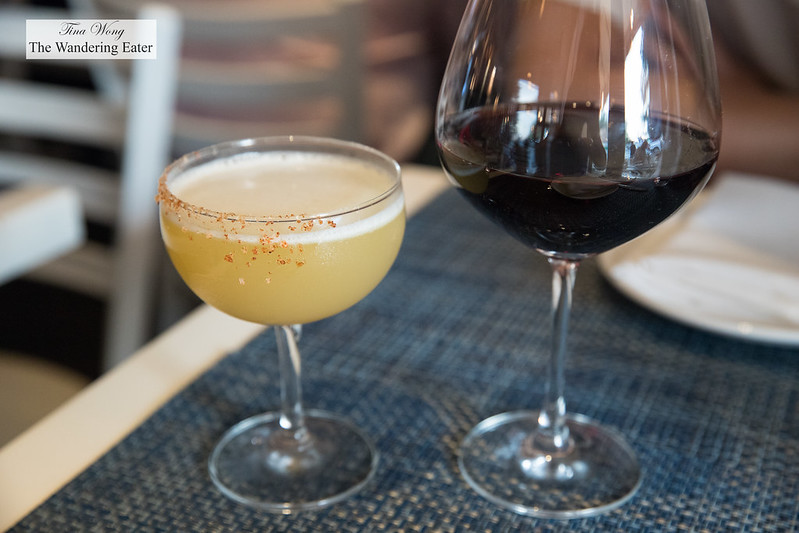 I am aware I don’t write much about Queens since I feel sometimes Manhattan or Brooklyn has a lot more interesting restaurants shaking up the food scene. But I’ve recently eaten at Akrotiri since I have friends who live nearby and thought might as well check out this Greek seafood restaurant.

It’s a good neighborhood kind of restaurant that is on the nicer end, meaning you would take a date or your parents here. What is cool about this place is the fact their wine list focuses on Greek wines. The cocktail menu is available and it’s takes on the classics like an Old Fashioned or going along the seasons like my friend’s El Joven made of tequila, pineapple juice, agave, ginger, and lime with a paprika and salt rim, tasted like a tropical beach day that’s kind of sweet with a salty, spicy kick on the end. My Xinomavro blend, Pandeia 2014 Chatzivaritis is an organic Greek red wine that has good depth of red fruits and not too heavy on the tannins. 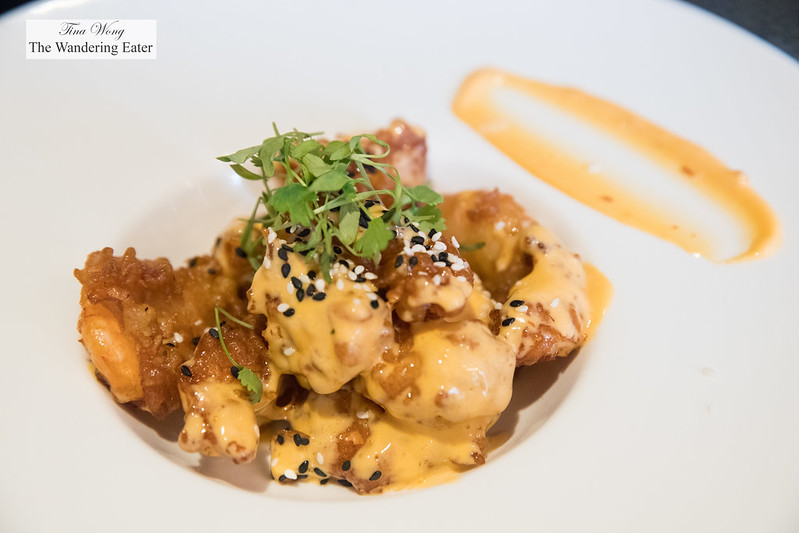 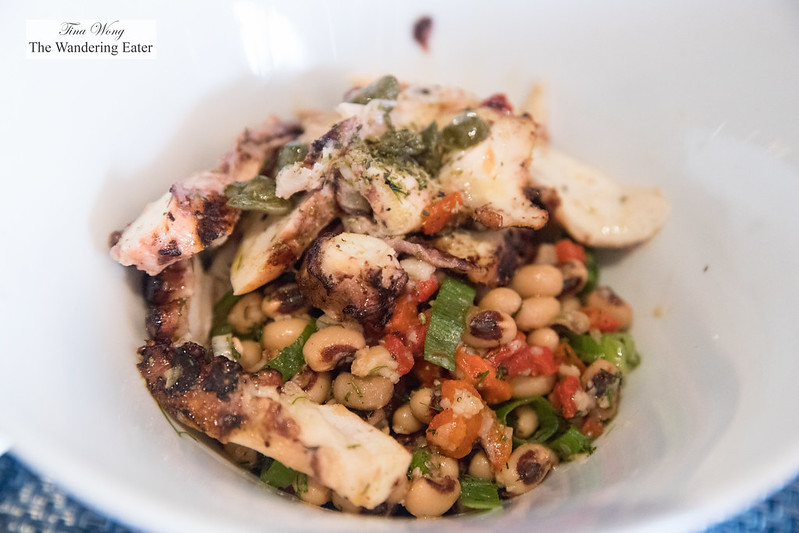 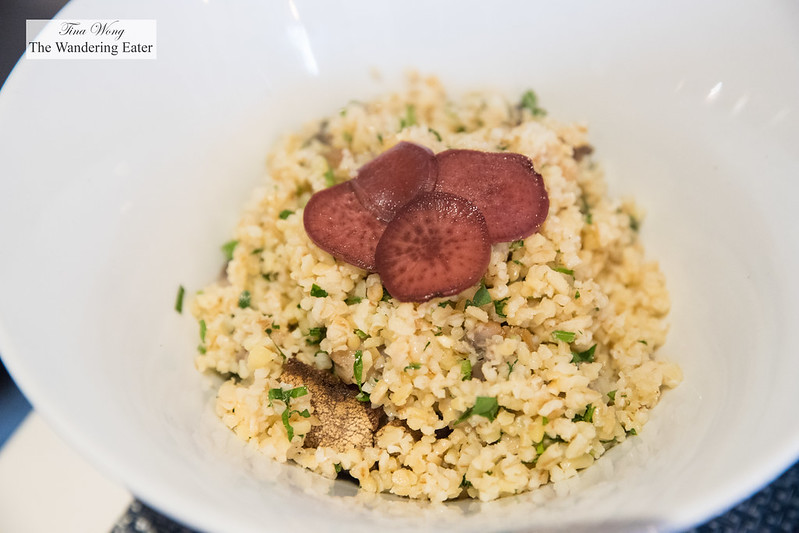 The fried shrimp covered in a creamy pepper sauce called garides loukoumades tasted good though maybe a little heavy on the batter. The htapodi – charcoal grilled octopus, over black eyed pea relish and fire roasted red peppers was refreshing and delicious. The tsiros pastos, a bowl of bulgur wheat mixed with smoked mackerel, chives topped with pickled radishes was flavorful from the fish though I don’t care for the torn large chunks of toasted bread despite adding a crunchy texture. 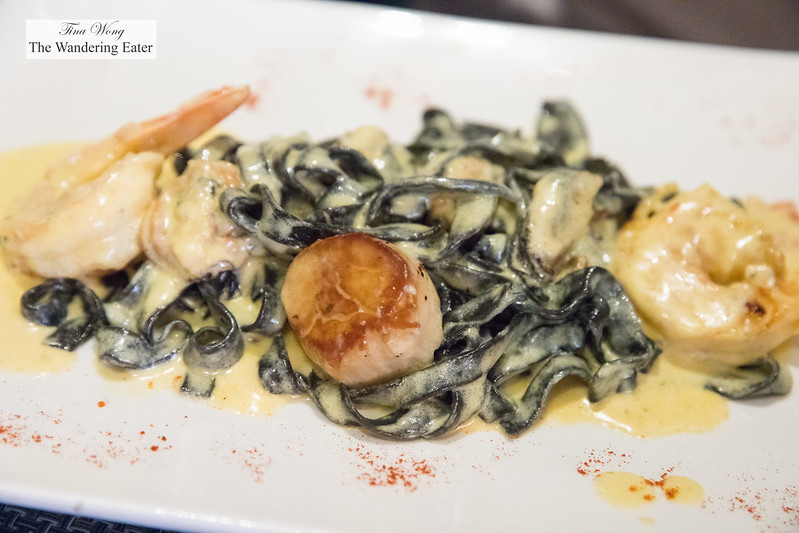 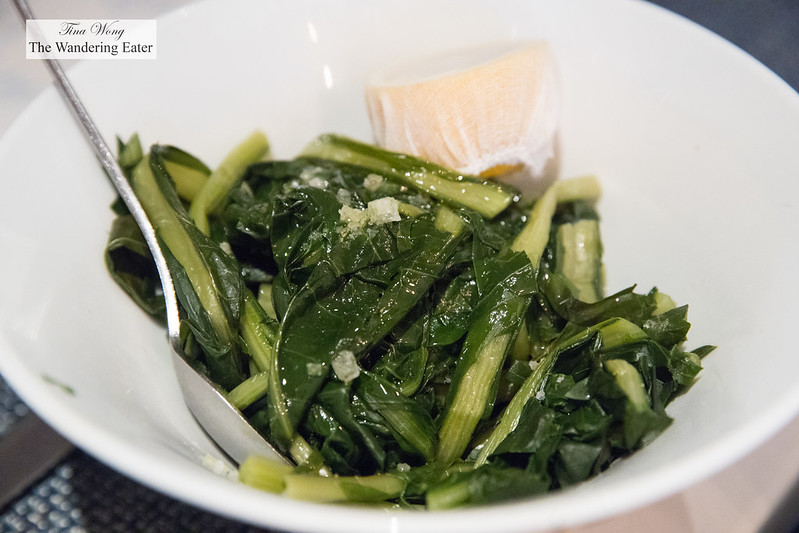 For our mains, we had pasta. The Hephestos, a squid ink pasta with prawns, scallops and mussels was good though the creamy sauce was a bit heavy. The cheesy Greek gnocchi-style pasta with bacon and lobster was heavy overall. The gnocchi was on the dense side and while the bacon and cheese combination works well, the lobster’s flavor was dominated by the other stronger flavors. The side dish of horta or blanched greens was our healthy, balanced dish to the heavy pasta dishes we had. 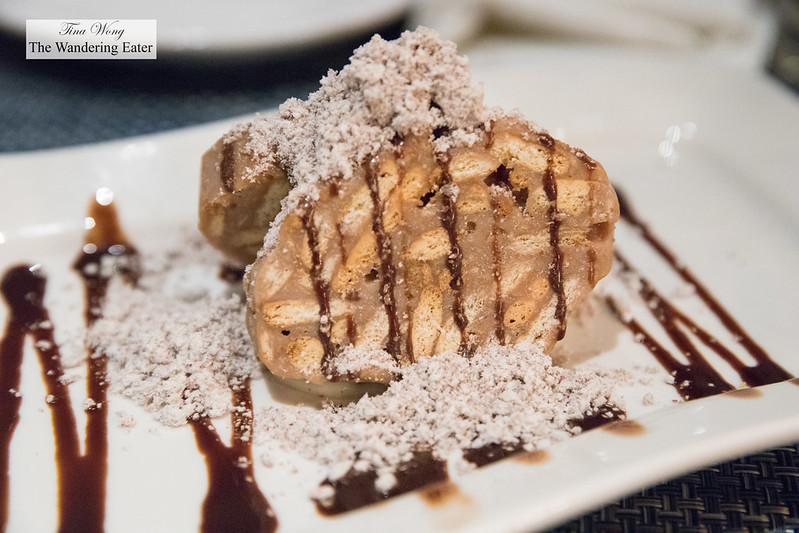 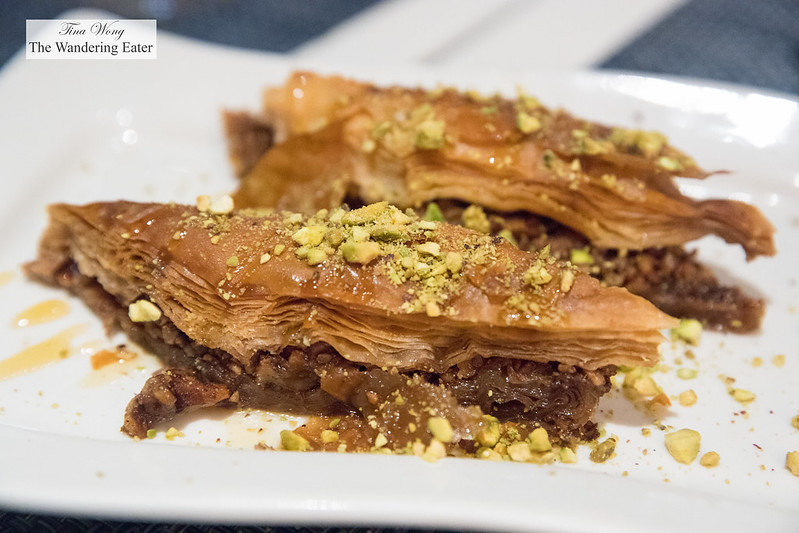 As for dessert, we had an excellent plate of baklava where the layers of filo were super crisp and burnished golden with a good kick of cinnamon and walnuts. When we inquired about the dessert called mosaiko, our waitress described it more like a frozen chocolate mousse with bits of cookies but what we received was the inverse of what she described. I admit this isn’t a dessert I am familiar with and it is not a bad one either but I was hoping for more ice cream than cookies.

Overall, it’s a solid Greek restaurant and I would go back if I were to visit the neighborhood again.