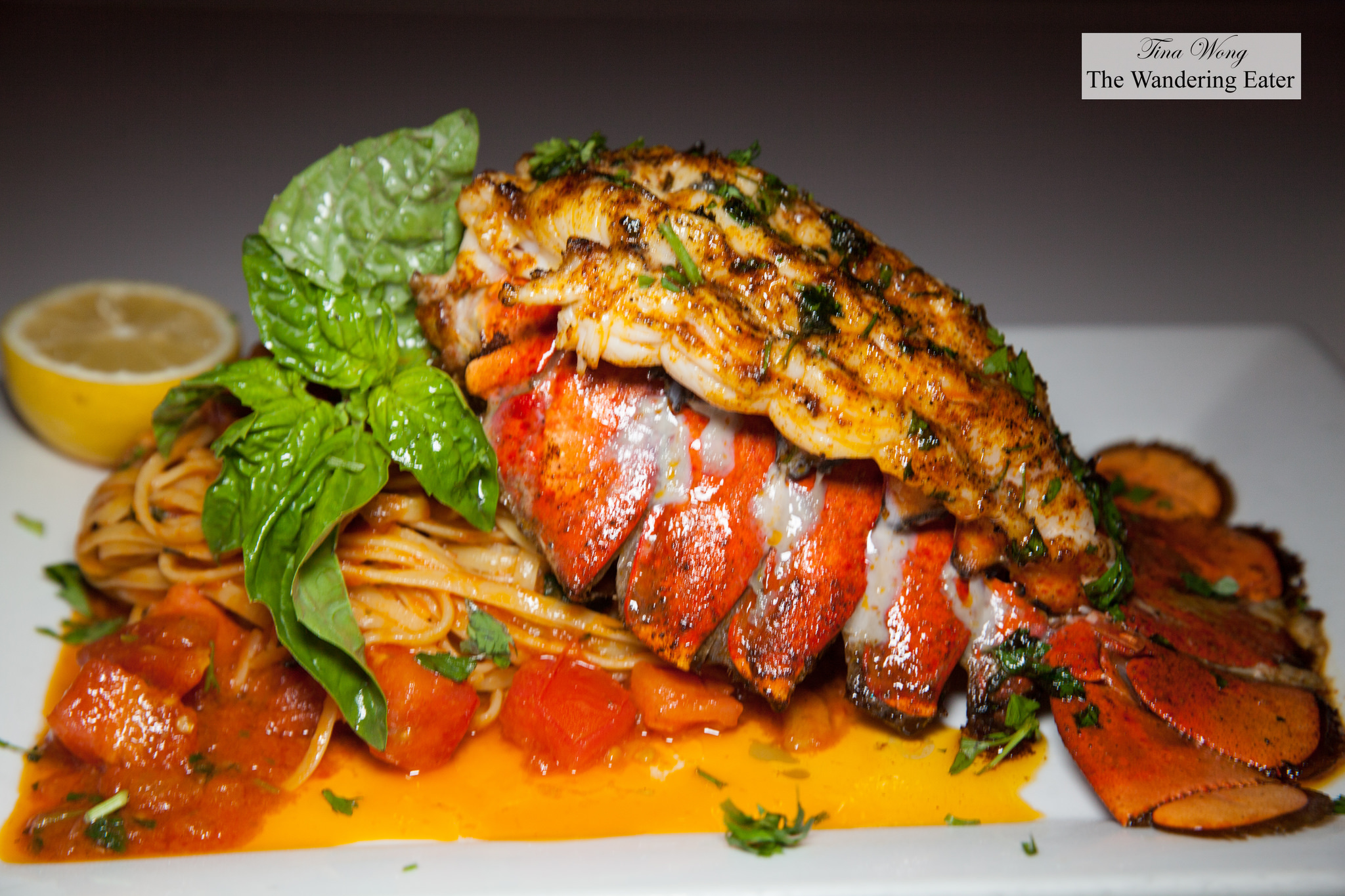 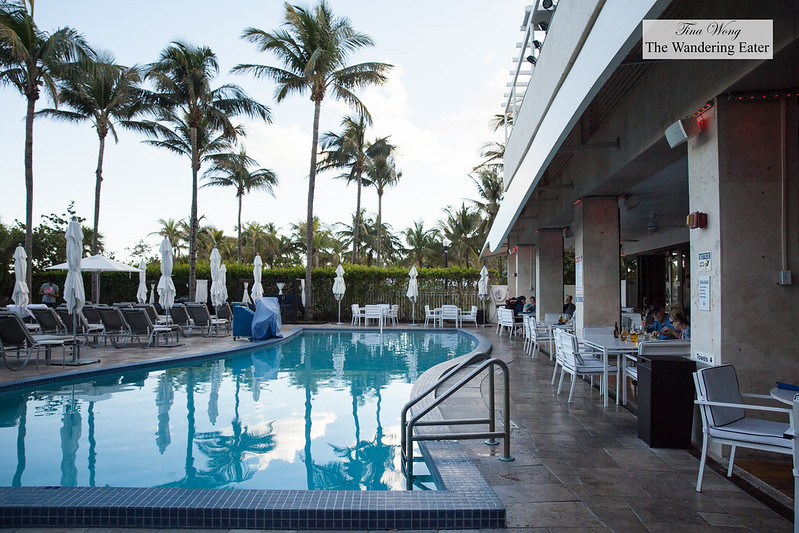 One of the relaxing (and very stomach fulfilling) days I have spent in Miami was at Santorini by Georgios at Hilton Bentley Miami/South Beach.

We’ve explored Little Havana during the morning to check out the predominantly Cuban community and had fresh pressed sugar cane juice then drove down to South Beach for some sun time. Santorini by Georgios feels like a local Greek restaurant since it’s a family owned joint despite the fact it is in a boutique hotel. This not a bad thing at all since everyone greets and treats you like you are a friend or part of their big, happy family even though you are there for the first time. 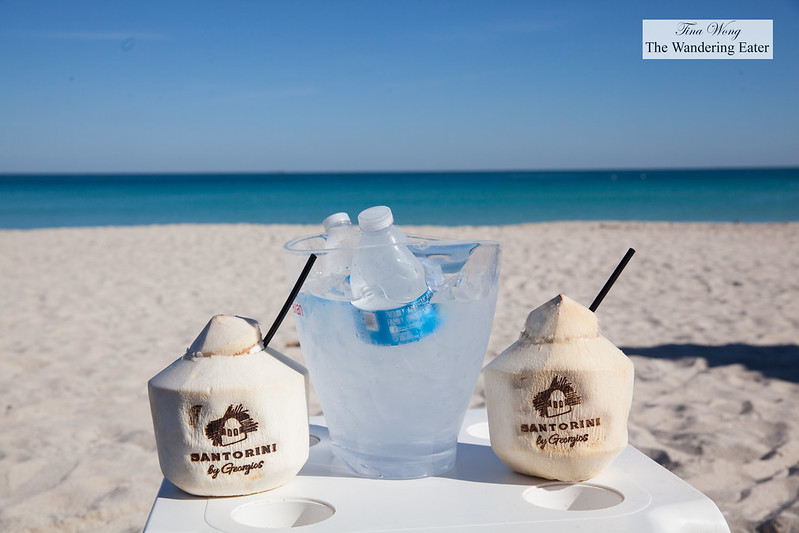 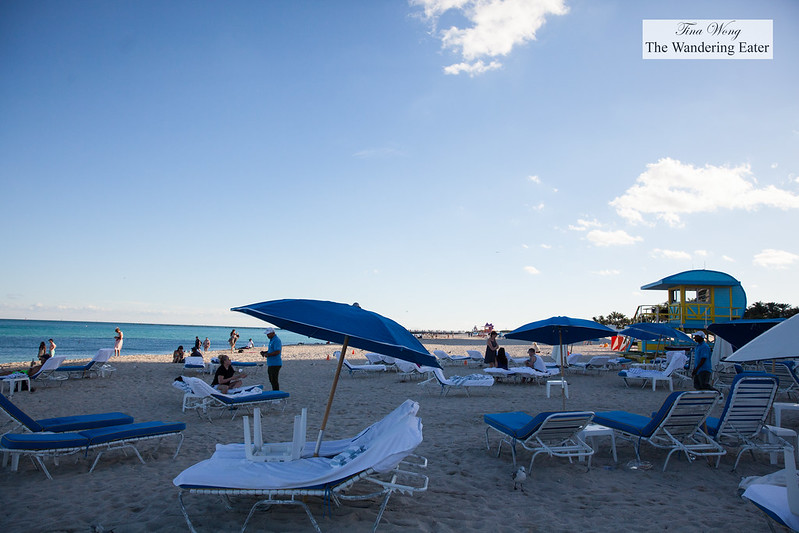 We found out that this restaurant takes care of the food of the Hilton Bentley’s beach club. When we walked less than five minutes away from the restaurant, our feet are in the fine white sand and see the big blue Atlantic. Of course, we must have some coconut water and realized their coconuts have a very large amount of coconut water than most I’ve ever experience in various places areas in the Caribbean or in Asia. 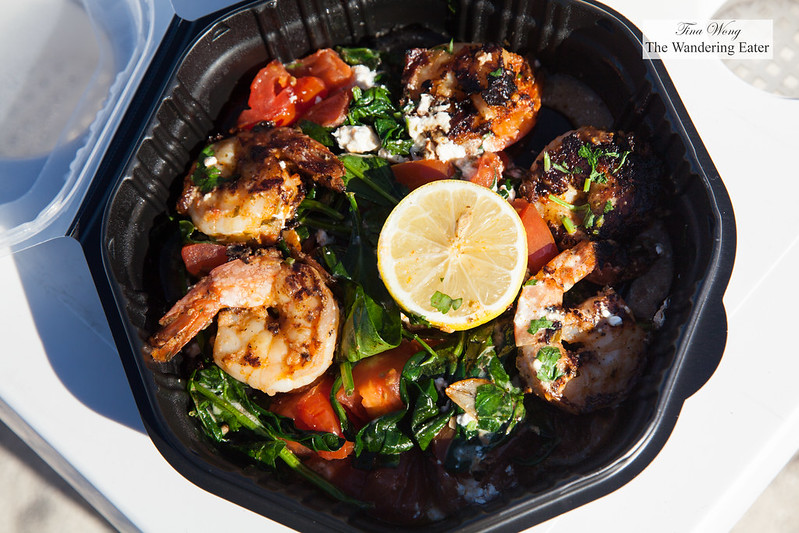 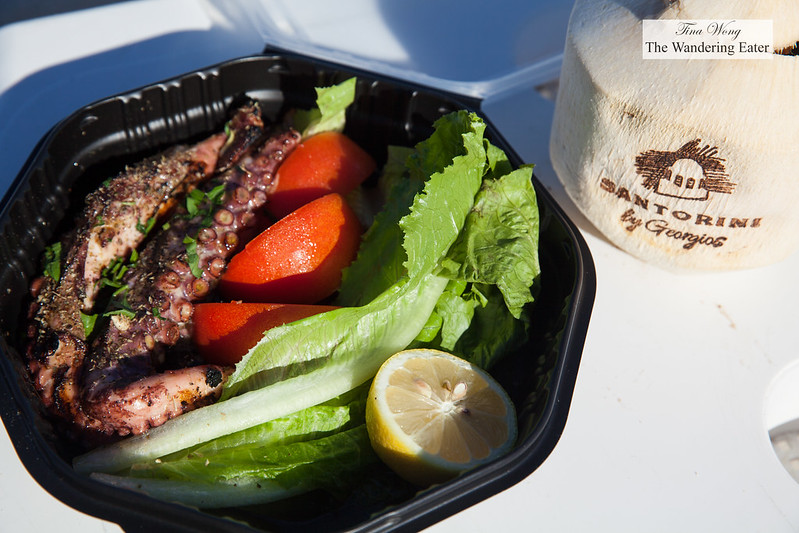 How the food is delivered from the restaurant is by stored in large plastic takeout containers wrapped in a plastic bag since the beach is filled with aggressive seagulls who would swoop down toward you at the sight of your food. The Shrimp Mykonos, a large serving of smoky, sweet grilled shrimp on a bed of sauteed spinach, tomatoes and gently briny Kalamata olives were incredible. The grilled octopus that’s simply dressed with olive oil and lemon was delicious. Tender to slice with a plastic knife but meaty and good chew, it’s the ideal texture of octopus for me. 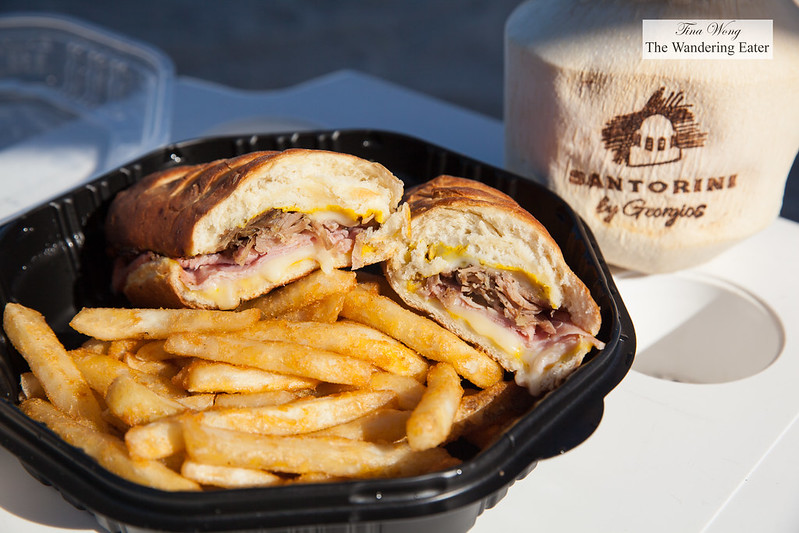 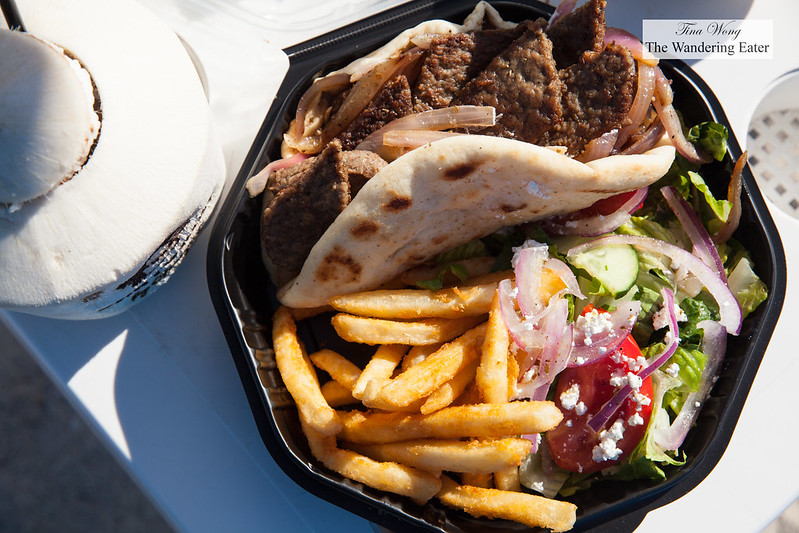 The cubano sandwich was good but not very impressive compared to the super tender and flavorful lamb gyro pita. The fries were delicately crisp on the outside and fluffy and creamy on the inside. 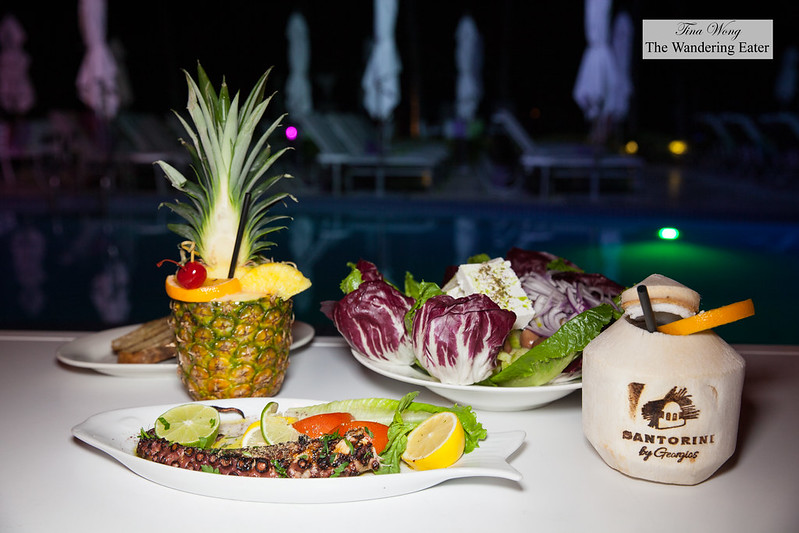 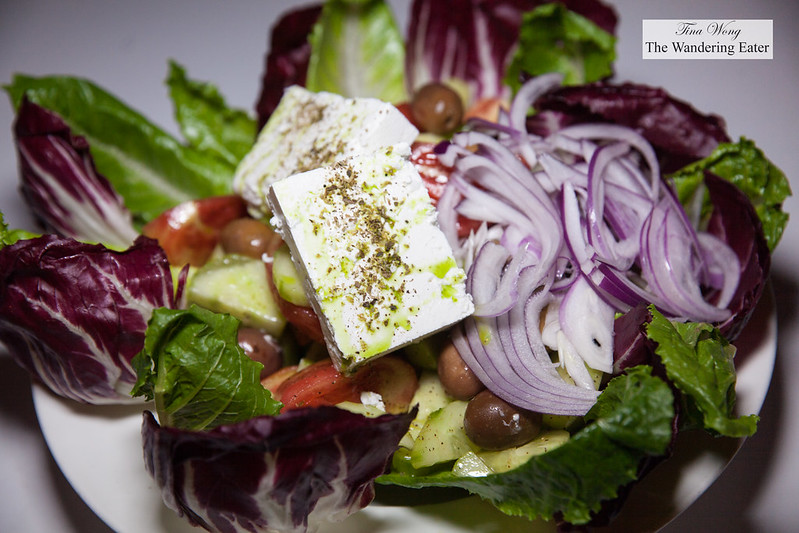 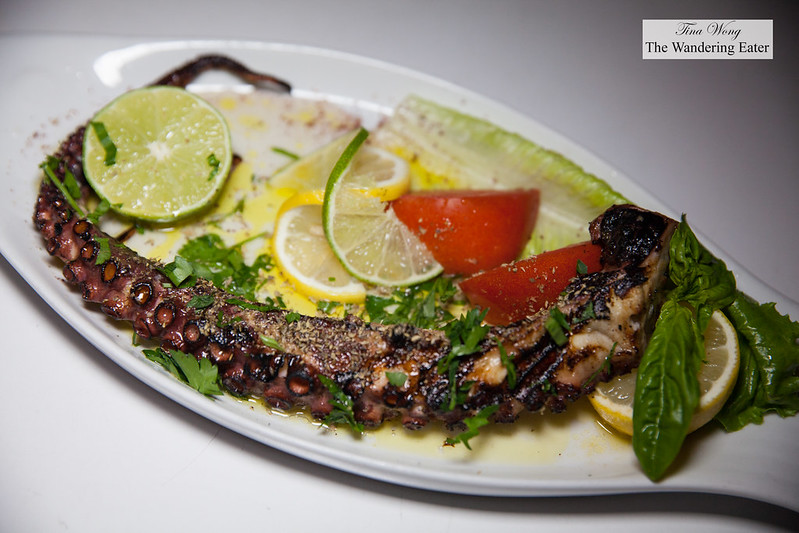 We had an early dinner since we had plans during the evening and it was as good or slightly better than eating at the beach. Obviously, eating at the restaurant has its benefits since you’re getting the food sooner and fresher.

We had a very large bowl of Greek salad that was refreshing and multilayered in textures and flavors from the feta cheese, sweet tomatoes, Kalamata olives and crunchy Romaine lettuce that makes it all enjoyable.

The octopus was the same as what we had at the beach and it’s still equally good. 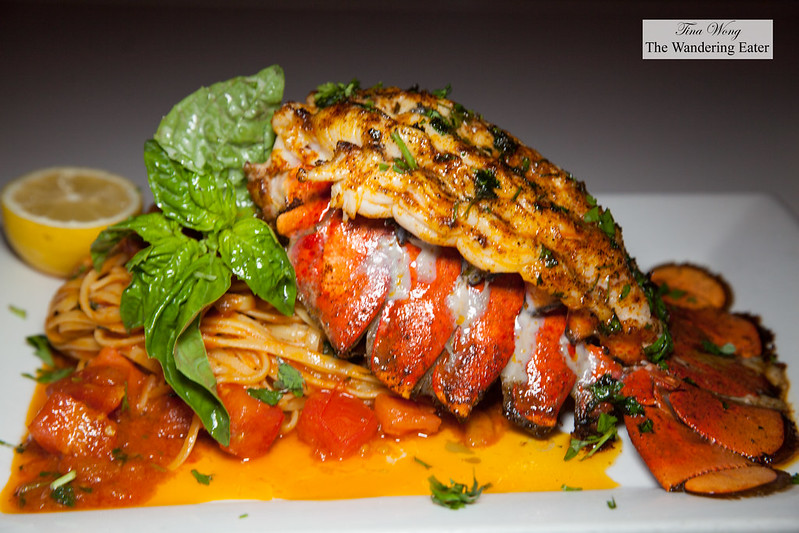 For the big, in a literal sense, way to end the savory course, we had the Lobster Poseidon. A large platter filled with al dente linguine tossed in a fresh tomato and garlic sauce topped with a humongous 12-ounce Maine lobster tail. The lobster was perfectly cooked and a good firm chew and sweet meat. 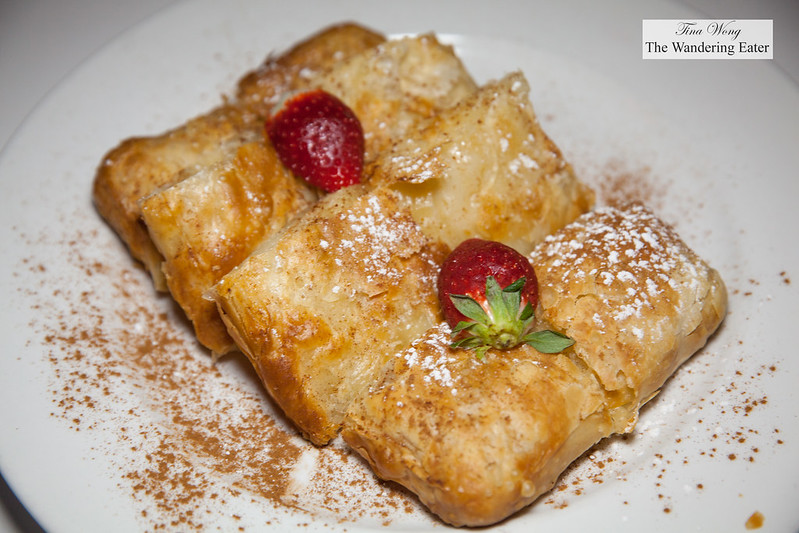 Though we were stuffed, chef Georgio sent out a plate of hot pastries filled with custard with a bowl of vanilla ice cream on the side. The point is to have the shock of cold-hot temperatures in the mouth as well as having the ice cream emphasizing the creamy textures of the pastry. It’s a very good dessert that’s not incredibly sweet and the pastry was very flaky and hot.

Overall, we adored this restaurant. The staff are very friendly, welcoming and knowledgeable. The food was very good and soul satisfying.