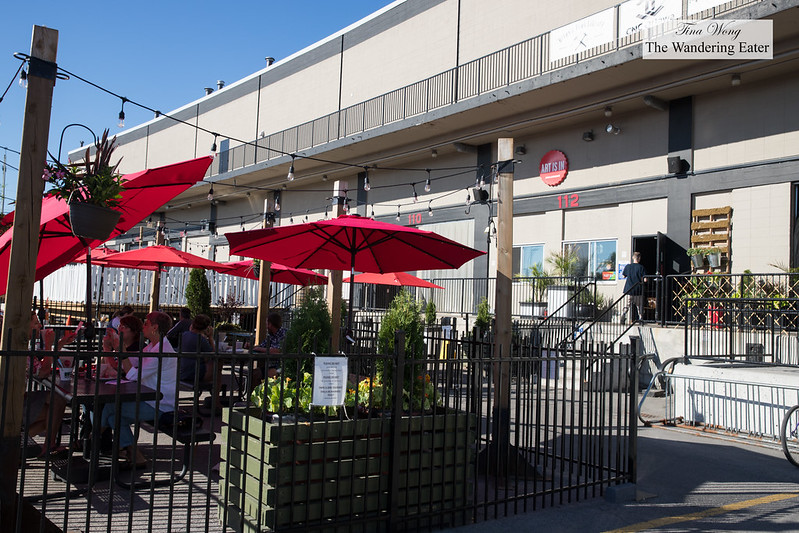 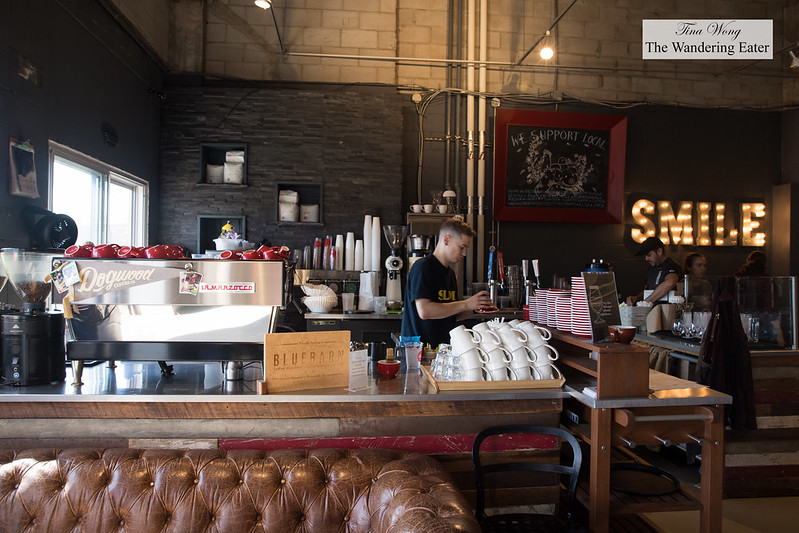 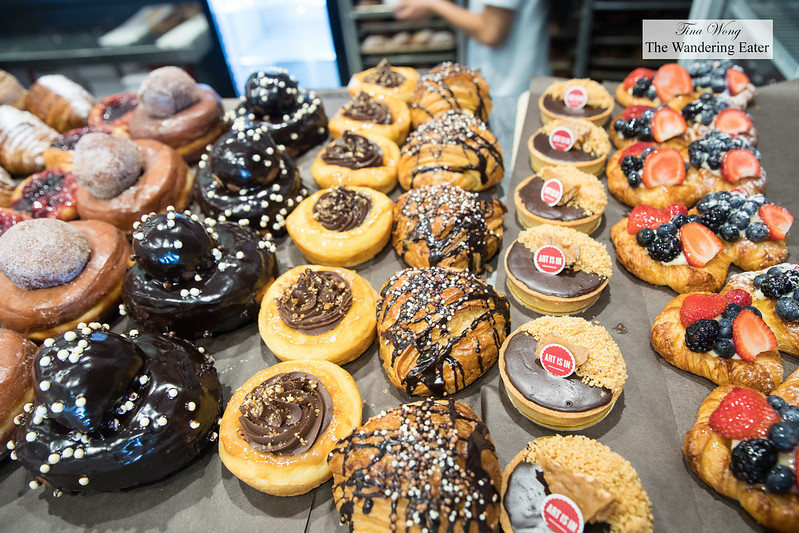 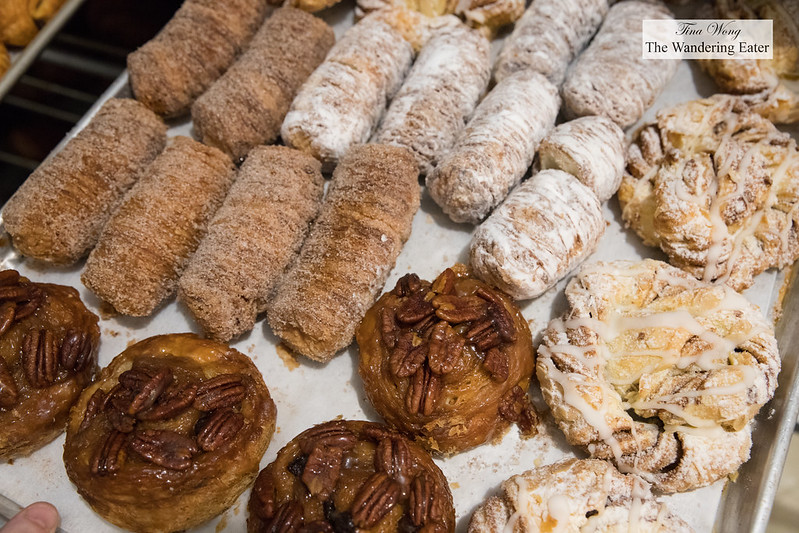 One of my other favorite stop/meals in Ottawa was at Art-Is-In Bakery. This bakery was buzzing with energy and excitement over the food and baked goods served the Saturday morning we were there. The scent is pure toast and crispy pig fat. A growing lineup stretches right out the door from the pastry counter, winding past a display of fine French tarts, beyond metal cooling racks filled with pizzas, signature rustic breads, and baguettes that have become recognizable fixtures at farmers’ markets and sandwich shops all over town.

It’s a downtown detour into the parking lot of an industrial warehouse off Scott Street, where the city’s bread fanatics are treated to a little slice of Brooklyn for breakfast or lunch. Patrons who manage to secure a coveted seat at one of a random collection of tables on the loading dock are drawn instantly into the action. They are as much a part of the decor as the mountain of flour sacks, the churning industrial mixers, and the giant green grill that hatched the glorious cheeseburger that appears often on the bakery’s weekend menu. 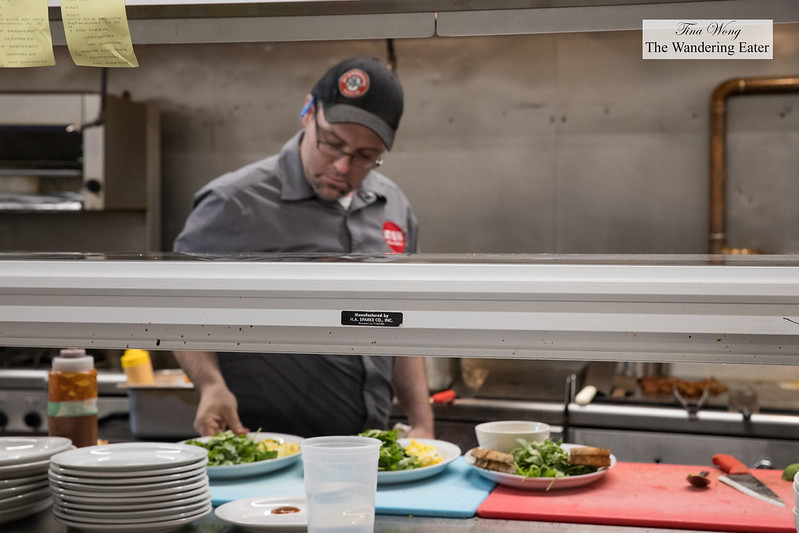 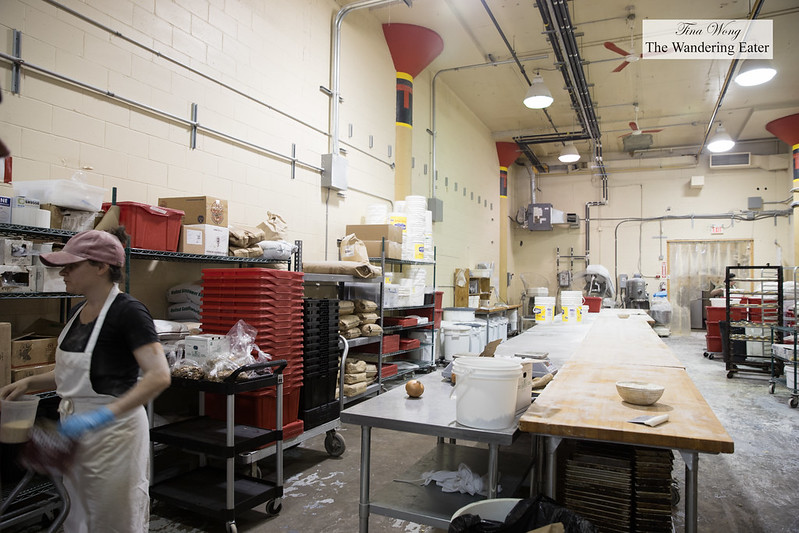 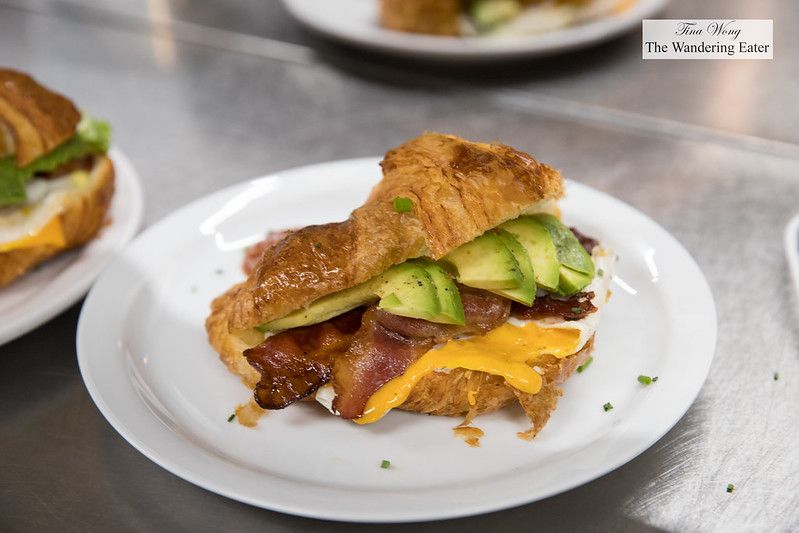 Art-is-in’s owner, the enigmatic baker Kevin Mathieson, has gone from cooking haute cuisine and mastering the art of French pastry to making some of the most lip-smacking renditions of made-from-scratch everyday food this city has ever seen. He refuses to use pre-made ingredients like making their own beef burger patty instead of frozen ones and obsessed on serving the best version possible.

Infusing Ottawa with genuine foodie swagger, Art-Is-In’s mob scene is evidence that the city’s culinary identity is changing. Or perhaps it’s a sign that restaurant chefs have underestimated the appetite of the dining public all along. Daily menus rotate regularly and feature pleasure-giving fare that feeds the same hedonistic spirit behind the trendy food trucks and pop-up restaurant culture that is sweeping great food cities around the globe. If there was such a restaurant in New York City, I would go there at least once a week. 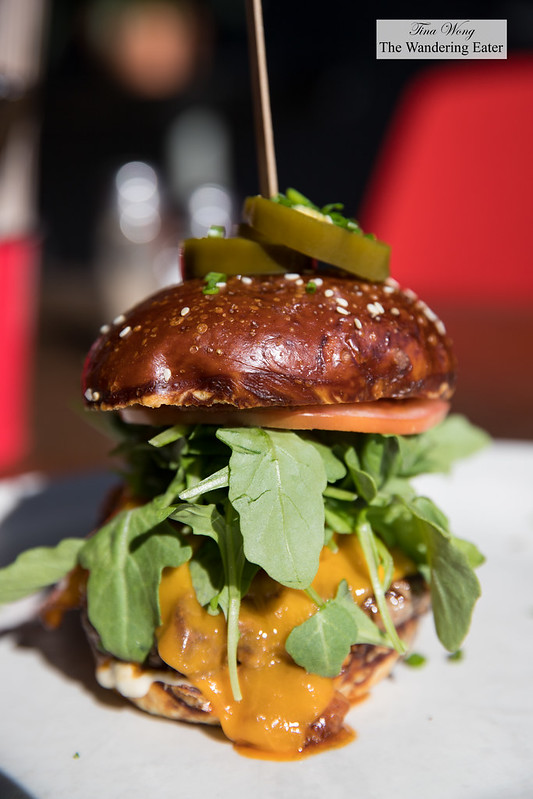 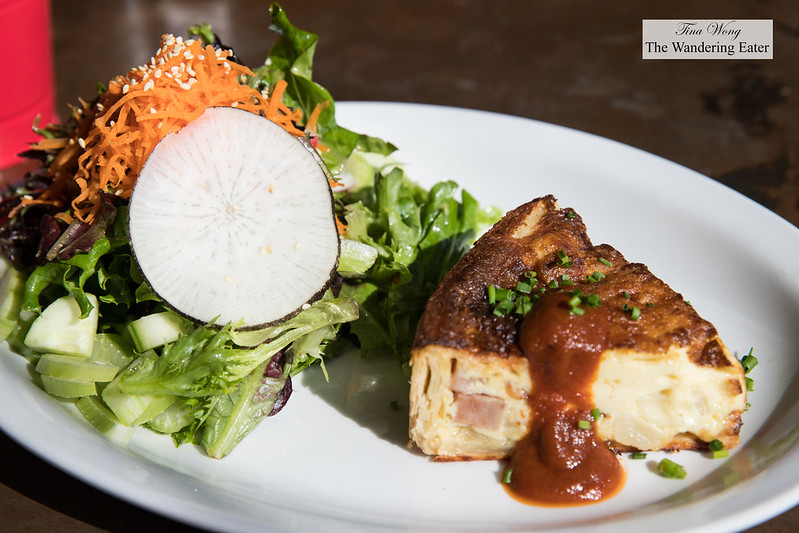 The glorious cheeseburger with house made pretzel bun was everything my friends and I were craving. The juicy, perfectly seasoned burger meets the plush yet just enough chew pretzel bun and the house made bacon jam that make it sweet and extra bacon-y all at once. The addition of arugula on top was a smart idea for the fresh bitterness needed for this heavy burger.

The quiche lorraine was delicious. The savory egg filling was set beautifully and it’s seasoned well. The house maple ketchup was an interesting accent but it works. 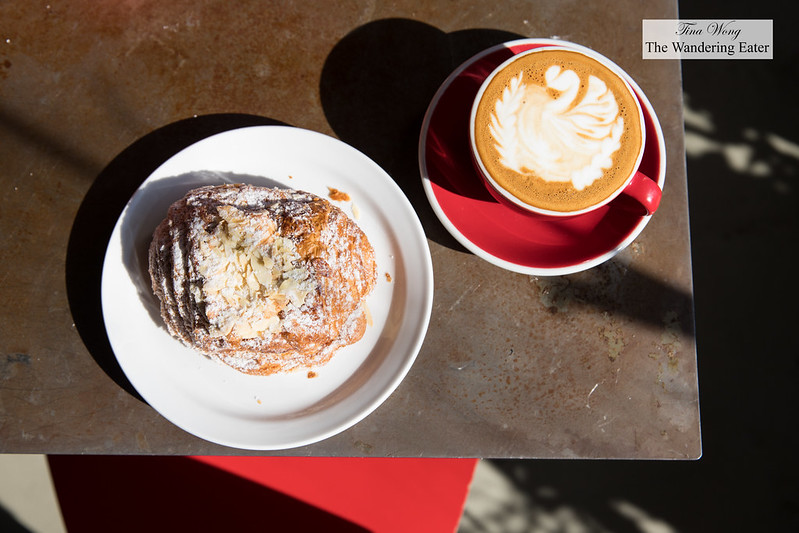 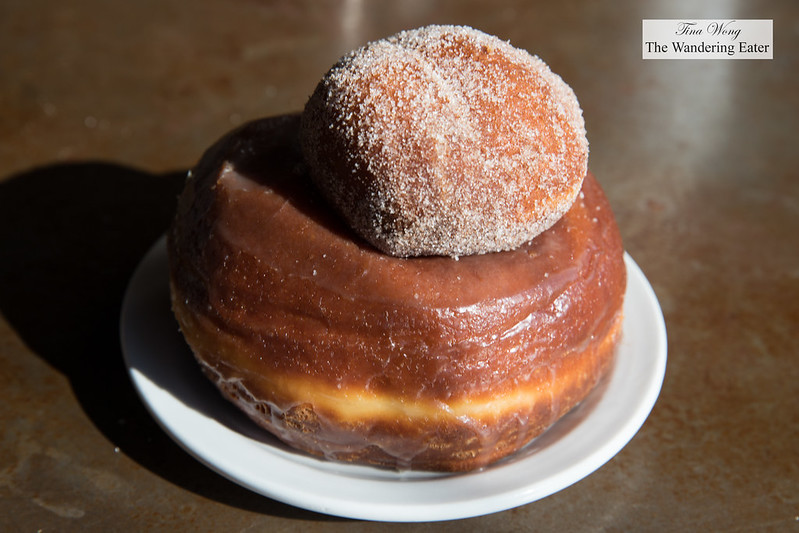 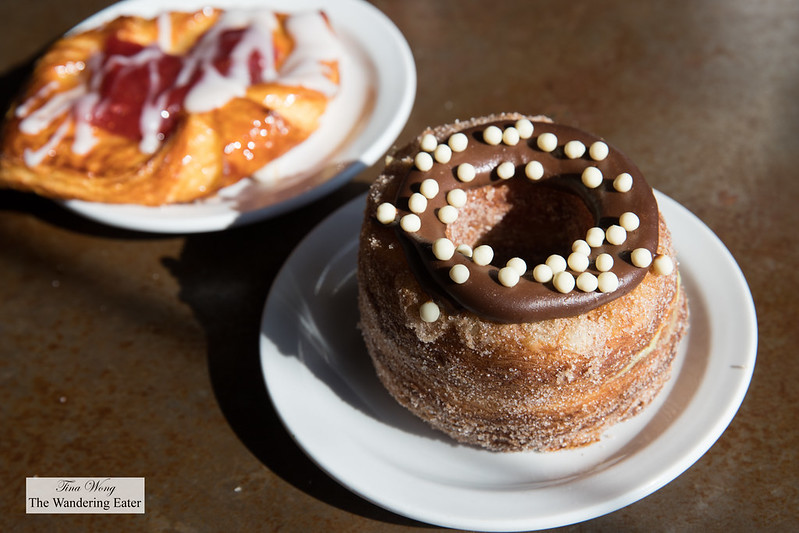 All of the viennoiseries we had were delicious. Fairly large in size (compared to what I get in NYC) and the fillings were never skimpy, if they were filled. The pistachio coffee Kronut — it’s an almost replicate of the actual famous Cronut — and it’s pretty darn good. The fluffy yet crisp croissant dough filled with luscious pistachio pastry cream.

The buttermilk doughnut is enormous but incredibly good. The large glazed doughnut is fluffy crumbed yet substantial; not too sweet either. The tennis ball sized doughnut hole rolled in sugar is essentially the same doughnut but different coating. What is great about these doughnuts (both are sold as one unit) is fact there isn’t a trace of grease on my fingers while eating it. 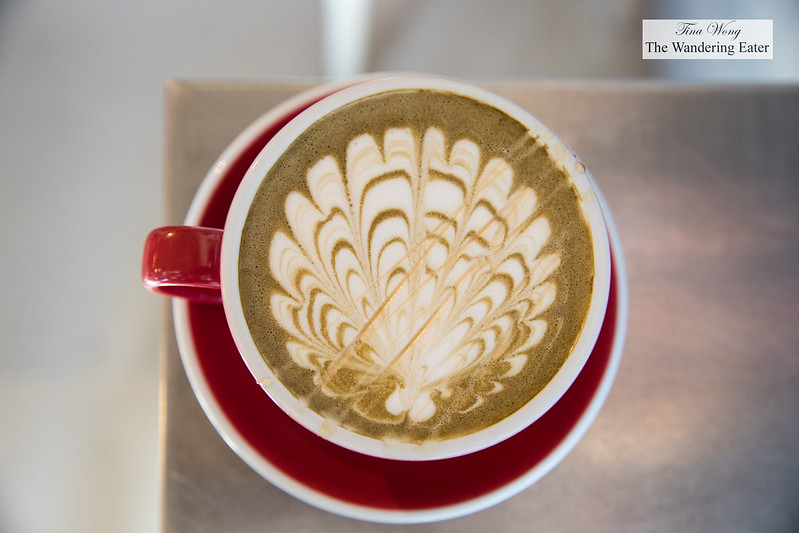 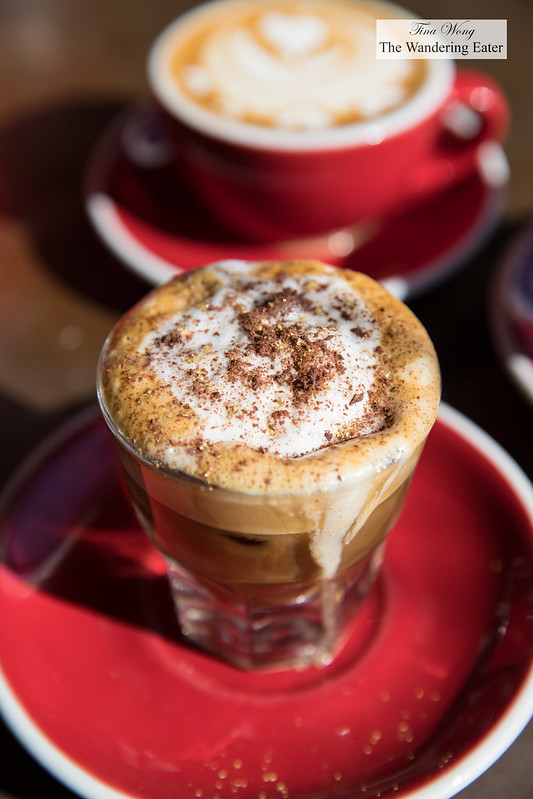 The coffee bar isn’t slacking off on the creativity either. The roasted matcha latte is an unexpected beverage to see in Ottawa since I have not seen it any cafe menu in the city. The latte was good but sweeter than what I prefer due to a drizzle of maple syrup as a nod to Canada. The macchiato flavored with chai spices and edible gold sprinkles was an interesting variation and I liked the flavors. The classic lattes were very good. 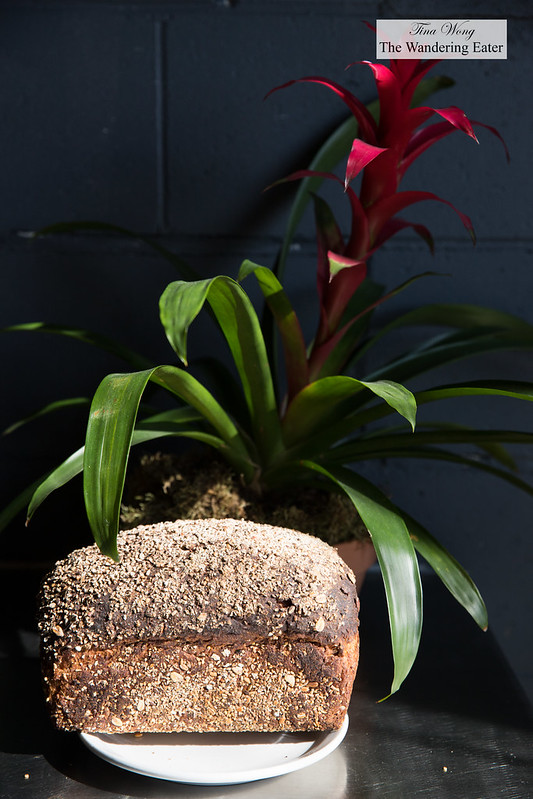 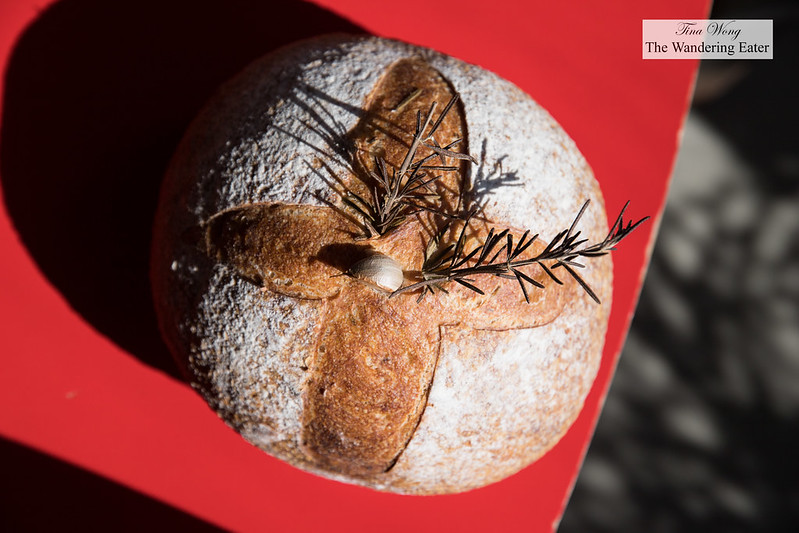 For the actual loaves of bread, they are simply wonderful. The crusts were substantial (in a great way) and the tight hole-y crumb for these loaves were great. The Crazy Grain is a hearty loaf that’s densely seeded in various grains and it’s a great sandwich loaf. The rosemary garlic sourdough is a great — chewy, rustic bread loaf, with its deep-brown crust, has rich, deep, flavor, and very mild tang.