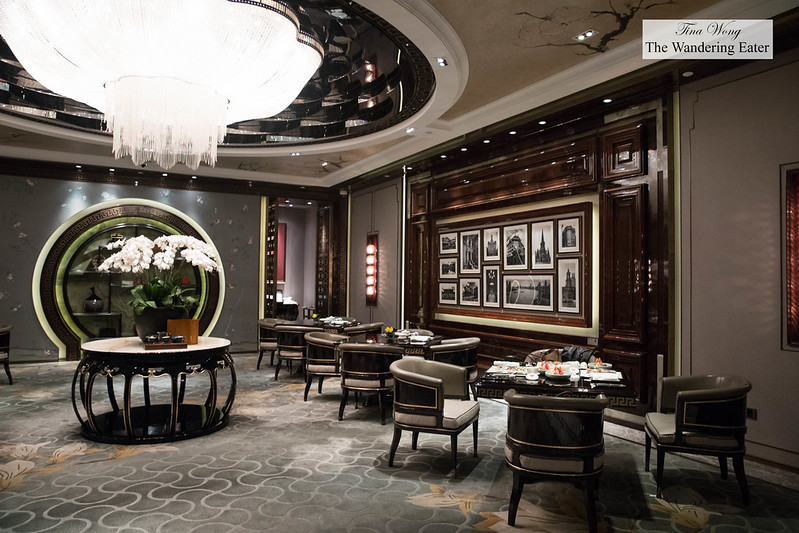 When I stayed at Wanda Reign on The Bund, I had every intention to eat at River Drunk, the hotel’s fine dining restaurant that specializes in Huaiyang cuisine (淮陽).

Huaiyang cuisine is one of the Four Great Traditions in Chinese cuisine. It is derived from the native cooking styles of the region surrounding the lower reaches of the Huai and Yangtze rivers, and centered upon the cities of Huai’an, Yangzhou and Zhenjiang in Jiangsu Province.

Huaiyang cuisine characteristically bases each dish on its main ingredient, and the way that ingredient is cut is pivotal to its cooking and its final taste. The cuisine is also known for employing its Zhenjiang vinegar, which is produced in the Jiangsu region. Huaiyang cuisine tends to have a slightly sweet side to it and is almost never spicy, in contrast to some cuisines of China (like Szechuan or Hunan). Pork, freshwater fish and other aquatic creatures serve as the meat base in most dishes, which are usually more meticulous and light. 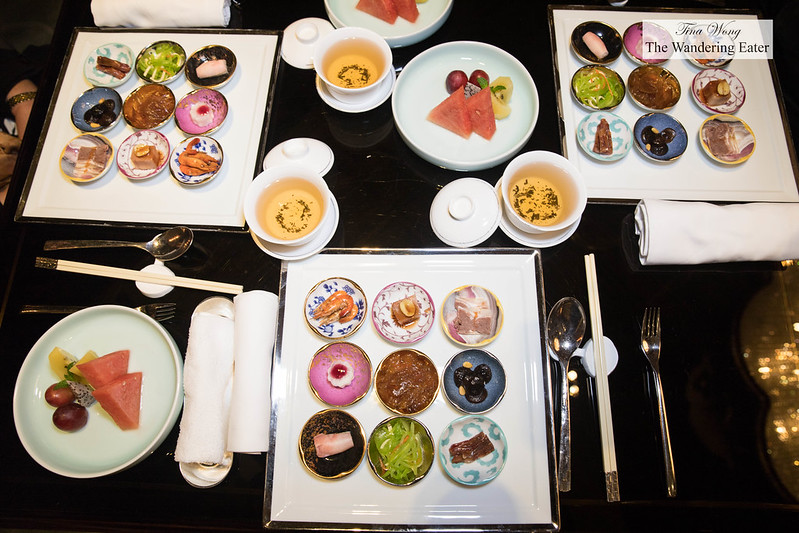 River Drunk is a luxurious restaurant in many ways. The decor is beautiful and makes me think of the old Chinese homes of the noble class but outfitted with a large glamorous crystal chandelier in the center of the dining room. 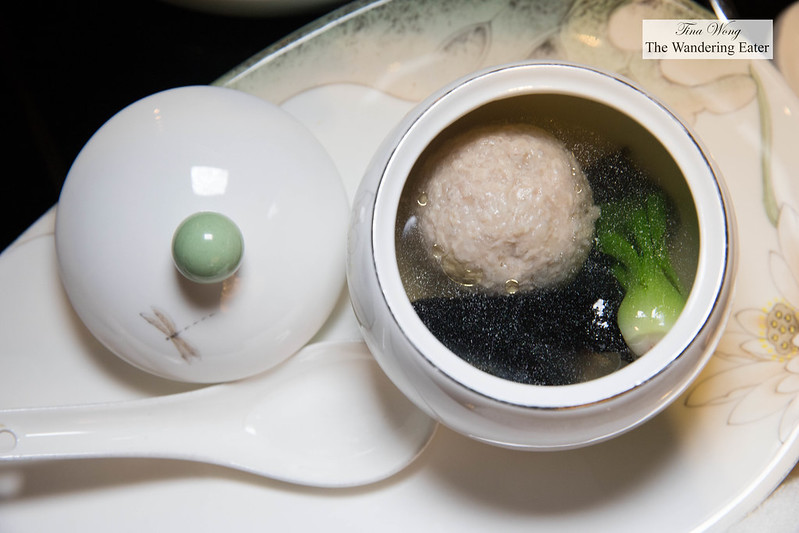 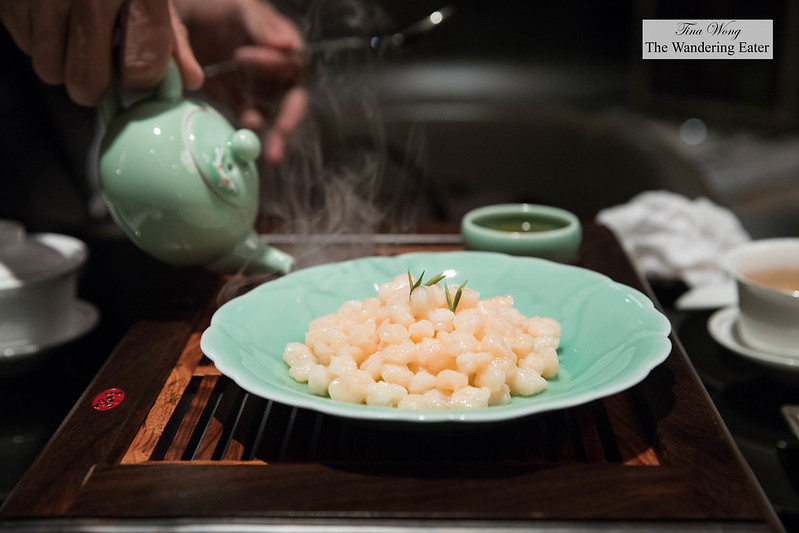 The wild edible manna lichen meatball soup 野生石耳狮子头（位）was comforting and delicious. The soup was flavorful and clean and the cloud-like meatball was filled with the manna lichen.

The sauteed hand peeled river shrimp with longjing tea 龙井手剥鲜虾仁（ 例）was presented in a beautiful wooden box filled with dry ice and created a dreamy light fog around the plate. The shrimp was sweet and served on the side was a vinegar that you may pour as much or as little as you’d like. 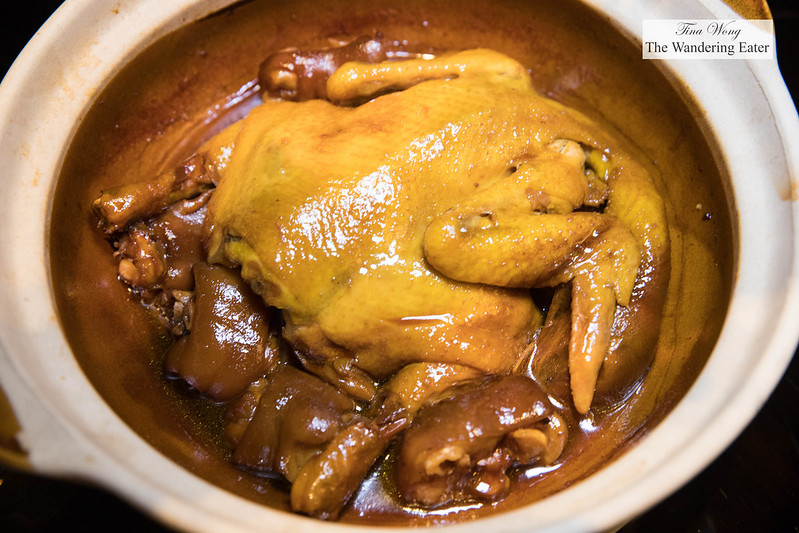 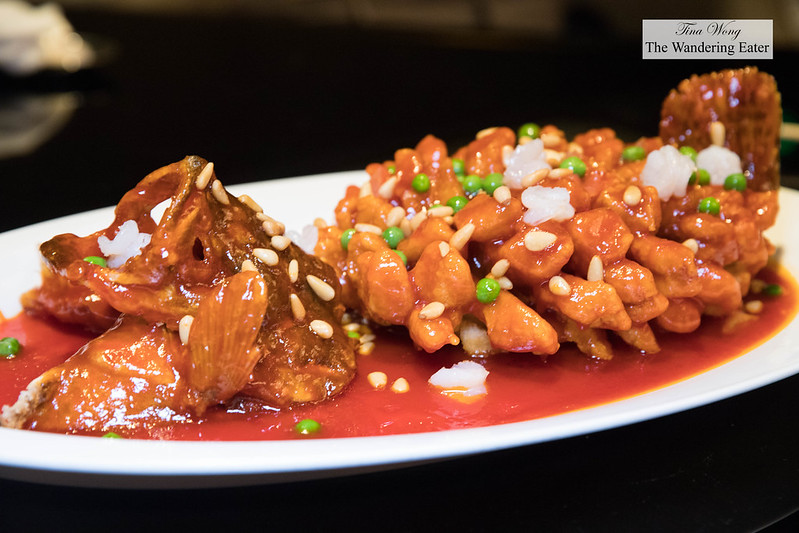 One of my absolute favorite dishes of the night was the chicken with pork trotters in casserole 江淮砂锅神仙鸡 (例). The luscious, slightly sticky from the broken down collagen pork trotters were incredible. It’s savory with a touch of sweetness. The chicken was braised long enough that the meat is silky. I could eat this once a week with a bowl of rice, I would be a very happy (albeit heavier) person.

The deep fried Mandarin fish with sweet and sour sauce 松鼠桂鱼 (例) was on the sweeter end than sour but very tasty. The chunks of fish was crunchy and soaked up the sauce nicely. The fresh pea and pine nuts added some sweet and complex flavors to the dish. 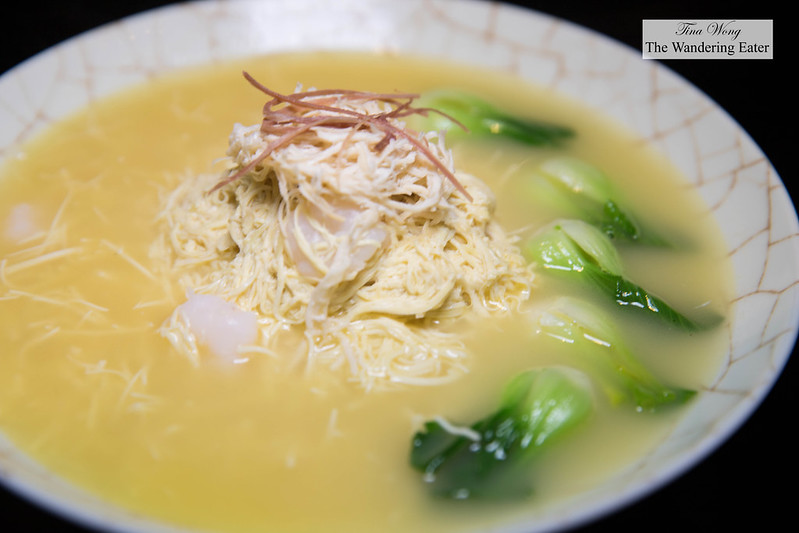 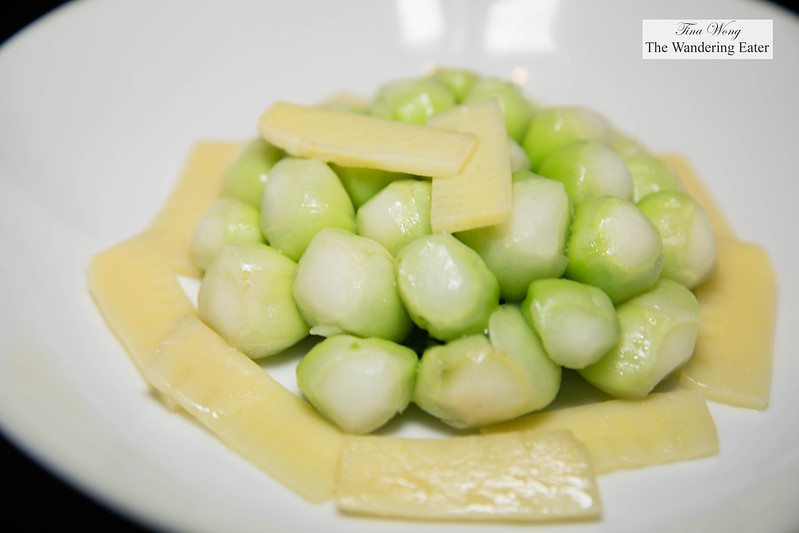 The braised home made tofu, Baishuiyang style 绿杨特色煮干丝 (例) was one of the dishes I was looking forward to since the chef or cook needs to have a very high level of knife skills. The homemade tofu is sliced as thin as angel hair pasta and the rich pork broth this dish is based on is incredible. It is a seemingly minimalist dish but there was a lot of technical work and cooking done. 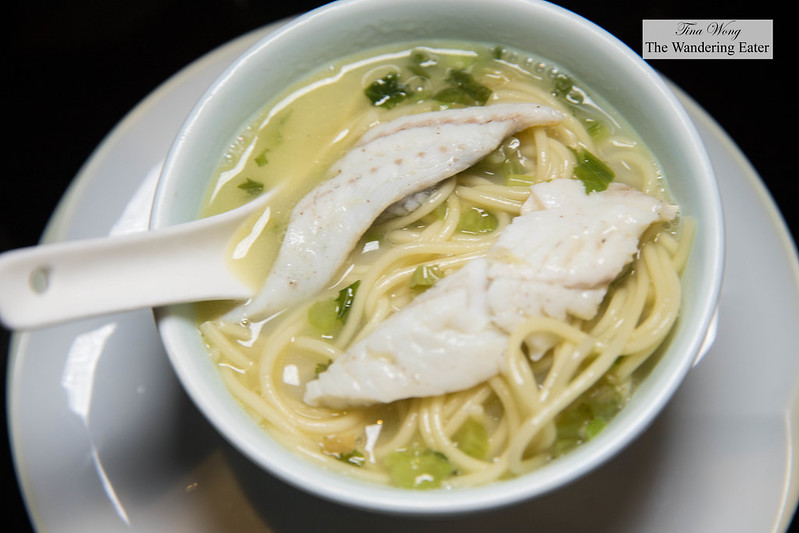 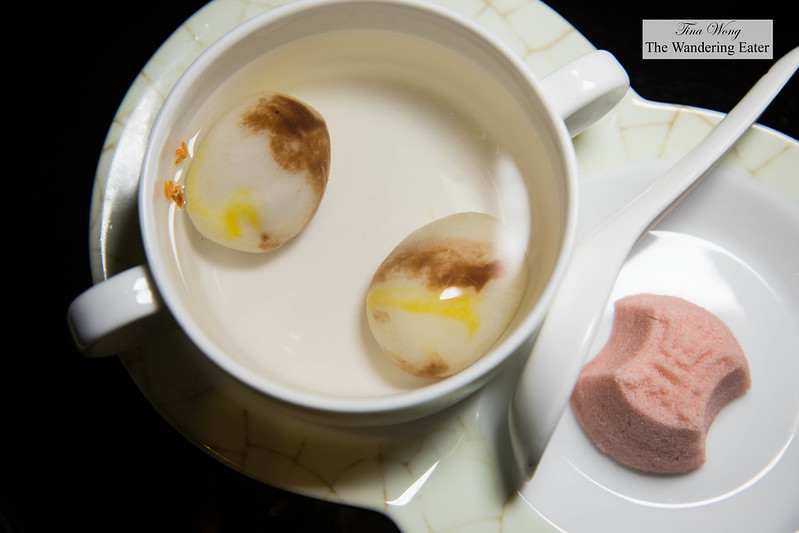 The homemade noodles served with pickled vegetables and fish broth 雪里蕻鱼汤手工面 (位) were delectable. The fresh fish filet was pristine and the soup had depth without being salty. The touch of pickled vegetables added some interesting tang and crunch to the dish.

The dessert of the night was a bowl of marbled tangyuan (glutinous rice dumplings in sweet soup) with dingsheng “victory” cake 雨花石汤圆，定胜糕. There is some heavy history/story behind the tangyuan to remember the violent Nanjing Massacre. After the six weeks of bloodshed, the stones in the Nanjing River were found to be stained or marbled with blood. As for the tangyuan itself, they were perfection especially the texture; it’s not very dense and chewy as I tend to experience. The black sesame filling was a good ratio and gave a punch of nutty, bitter flavor while the clear soup was subtly sweet and made with Chinese rock sugar. The victory cake is akin to a denser version of a sponge cake except it’s made with glutinous rice flour and it’s barely sweetened.

This dinner was fantastic. The cooking was excellent and the technical aspects of this dish was spot on despite the very late hour I’ve dined there (my flight was delayed). The waiter was professional, courteous and friendly. He knows the food served here and very open to questions (he’s fluent in Mandarin but serviceable in English, if you are wondering). I wish there’s a restaurant like this in New York City and indulge in a dinner like this every once in a while.

River Drunk at Wanda Reign on The Bund