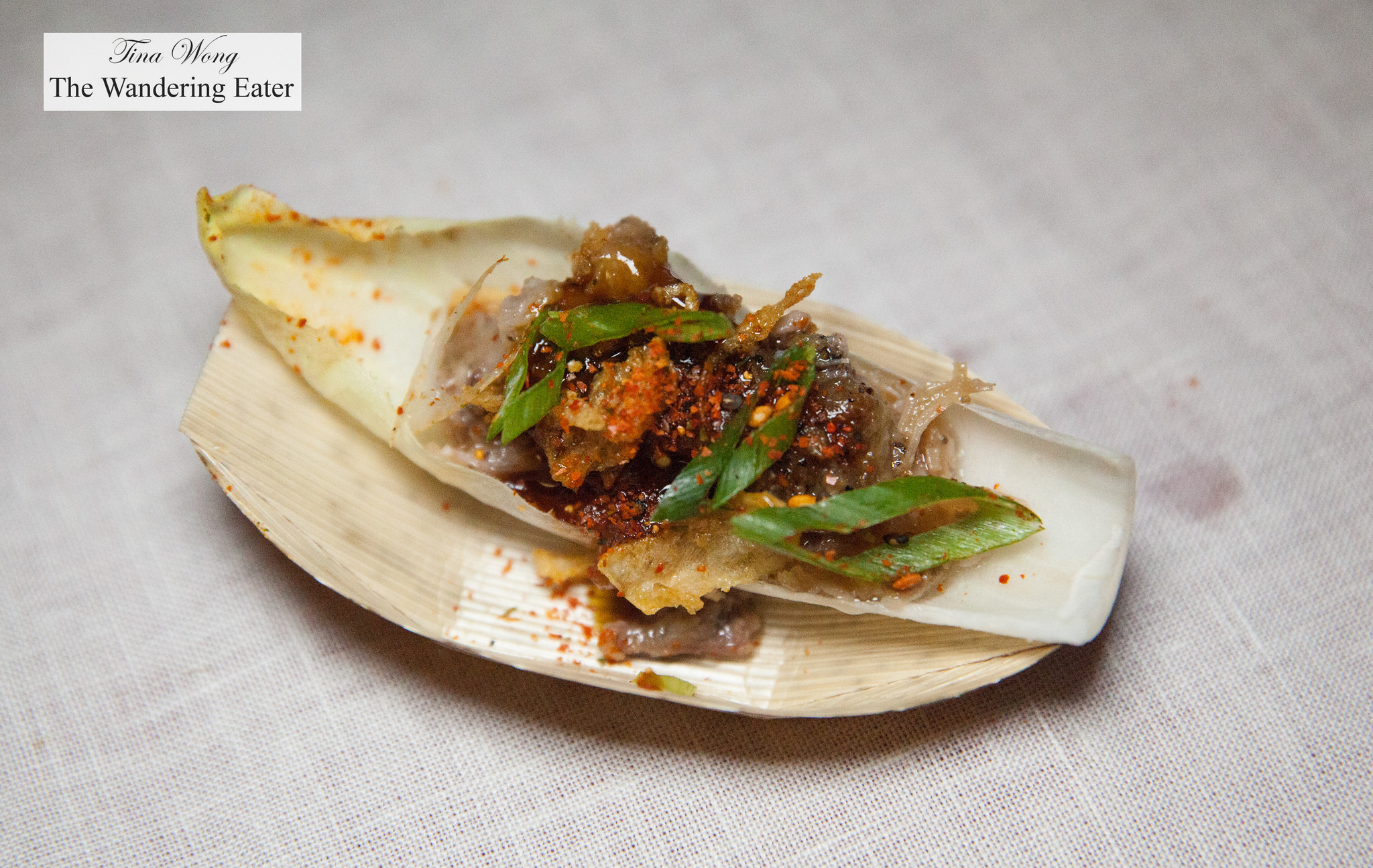 It’s summertime and that time of the year when everyone’s calendars will be filled up with events (food, music festivals, weddings, etc.). This week were back-to-back events of LUCKYRICE and New Taste of Upper West Side. Two very different types of food events and both had their best dishes/bites of the evening. 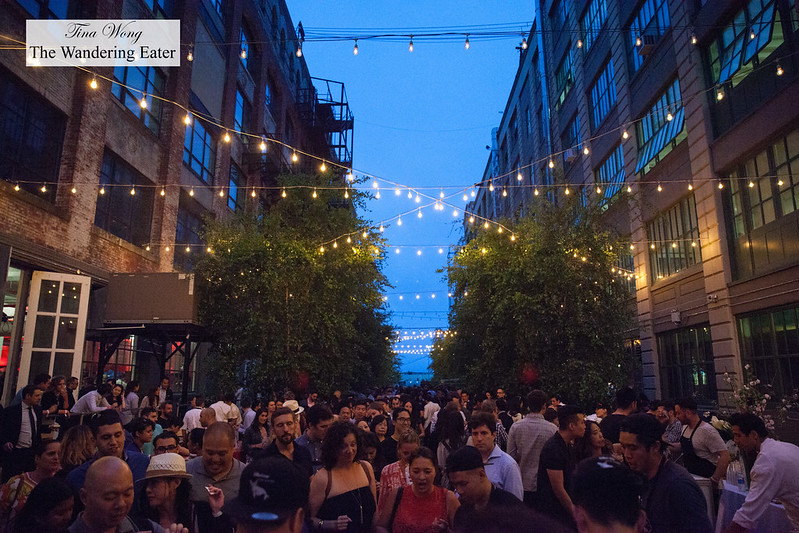 LUCKYRICE returns this year throwing a huge party at Industry City in Sunset Park. This year’s various restaurants (from fancy, tablecloth restaurants like Perry Street to local mom and pop style shops) showcasing the variety of Asian cuisines and some of them are fusion (but done in a good way). 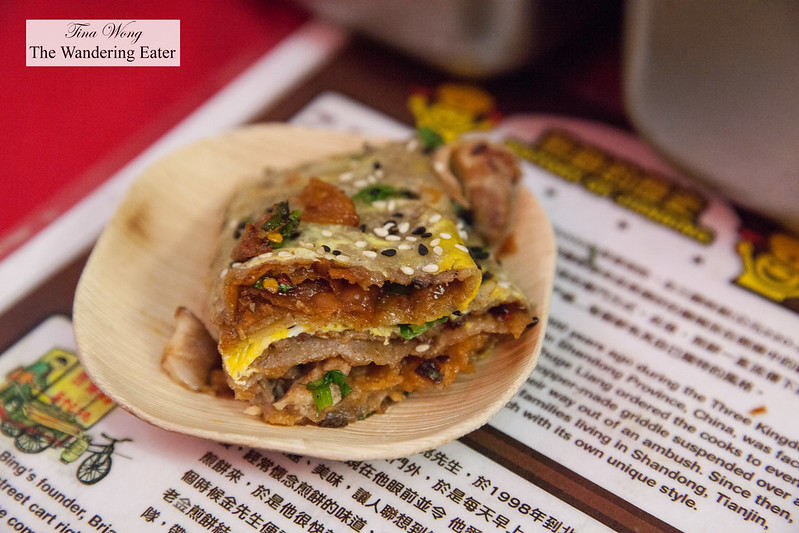 The jianbiang from Mr. Bing was very memorable. Arguably better than what I have eaten on the streets of Beijing. Mr. Bing’s take is traditional but with a few twists that make it better. The textures from biting this mung beam-rice flour crêpe was filled with scrambled egg, sesame seeds, scallions, cilantro, hoisin sauce, crispy chili paste and wontons were the traditional parts done perfectly. But the addition of shredded drunken chicken marinated in Manischewitz grape wine (a nod to the owner’s Jewish heritage) tasted great. 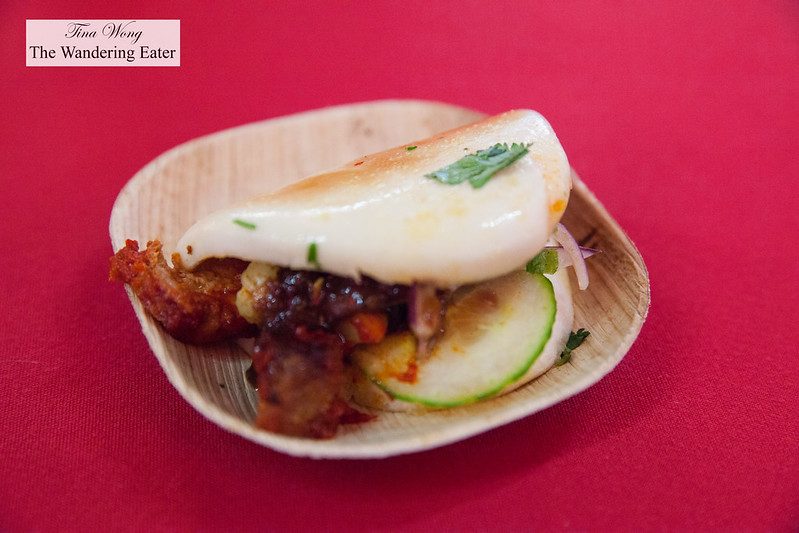 The al pastor belly bun by The Black Ant was a delicious pork belly bun and it’s not too fatty, which I enjoyed. The pineapple in this bun was subtle. The griddling of the buns added some crispness to all of the soft textures of this bun. 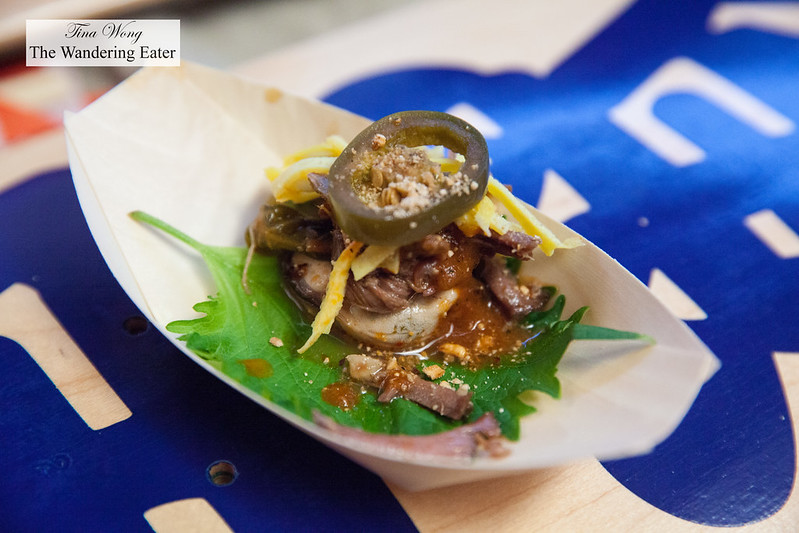 The surf and turf jang-jo rim pickled banana leaf brisket, soft boiled egg, mussel escabeche, angry sauce by Tygershark was a big bite (literally and metaphorically) and it brought the flavors especially the pickled jalapenos. Lots of complex flavors and I was pretty stunned that it delivered in one bite. 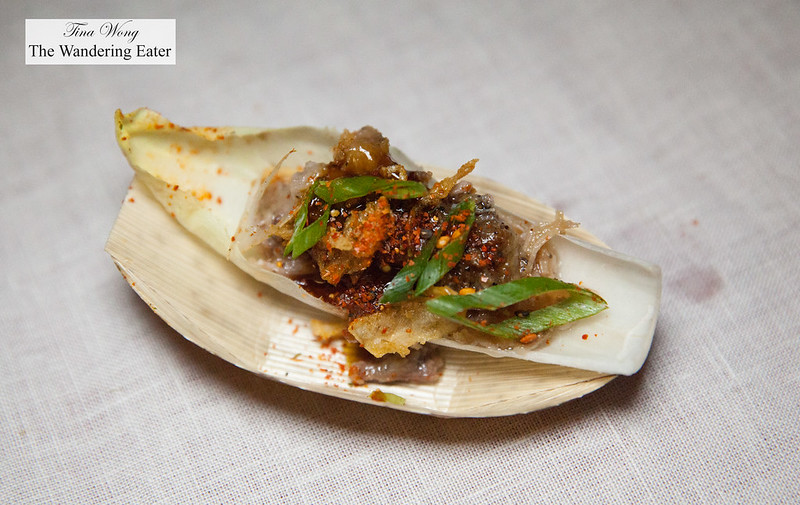 Another small bite that delivered was by Bunsmith‘s braised pork jowl on endive. The fresh, slightly bitter endive leaf the refreshing note that made a world of a difference for the intense, delectable pork jowl.

To see the rest of my photos of this event, please CLICK HERE for the photo set or see the gallery below:

New Taste of Upper West Side

Summer in the City: Surf & Turf 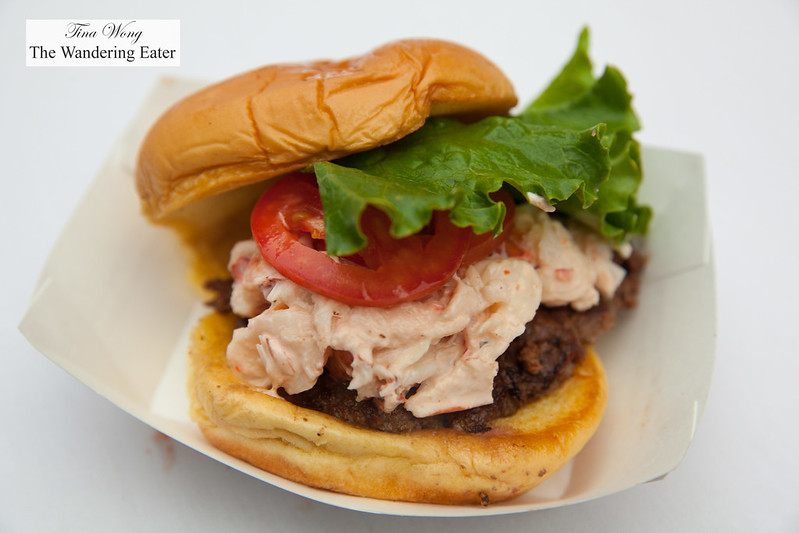 Most memorable thing we had was the Surf ‘N’ Shack from Shake Shack. It’s their standard Shack burger but topped with lobster salad. It’s a very decadent burger and they actually gave out whole, regular sized burgers to everyone. Not the halved or slider sized versions that you’d normally encounter in food events like this. 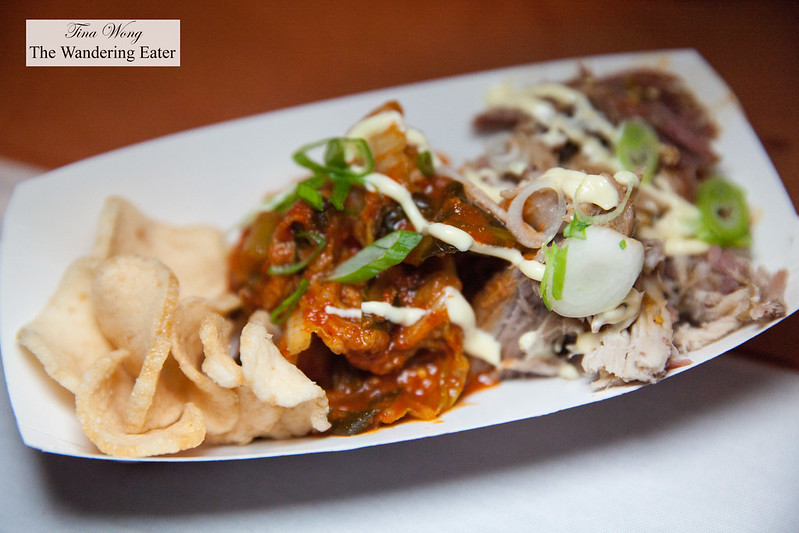 The whole heritage hog smoked 24-hours, housemade kimchi, shrimp chips and Kewpie mayo by White Gold. White Gold is the upcoming restaurant by Chef April Bloomfield, Ken Friedman, along with butchers Jocelyn Guest and Erika Nakamura that will debut in the Upper West Side soon. If that dish tasted as amazing as it did at this event, I’m totally excited for this restaurant and can’t wait to eat there when it does open. The hog was moist, insanely tender and seasoned enough. The housemade kimchi was funky and delicious. The shrimp chips had a toothsome texture that is needed for this dish. 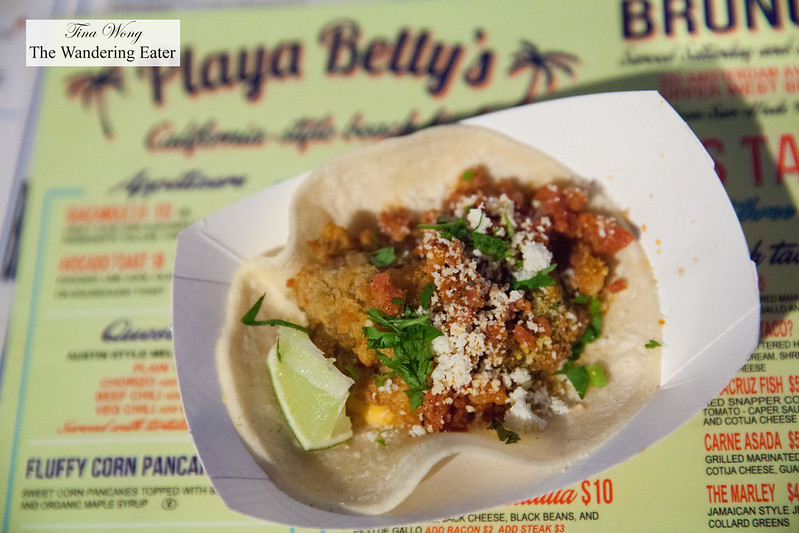 The other notable dish was the fried oyster taco with spinach, chorizo, cojita cheese and Valentina aioli by Playa Betty. The oyster was fried perfectly that it’s still creamy. The flavors of the chorizo and oyster melded wonderfully. I wouldn’t mind eating more of these if I didn’t have to eat everything else at the event.

To see the rest of my photos of this event, please CLICK HERE for the photo set or see the gallery below:

Information:
New Taste of the Upper West Side
Website/a>