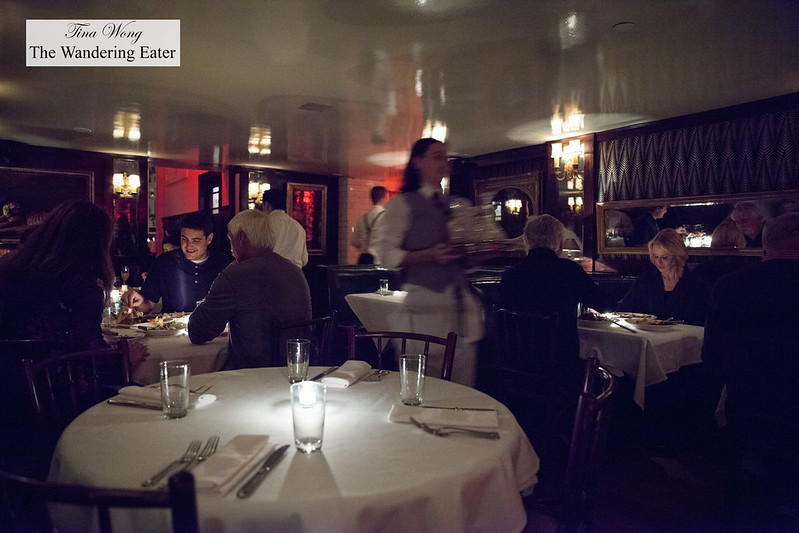 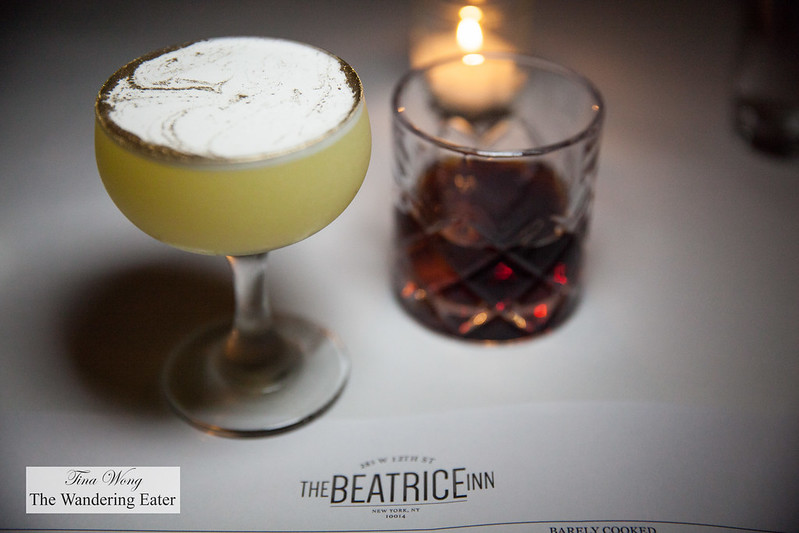 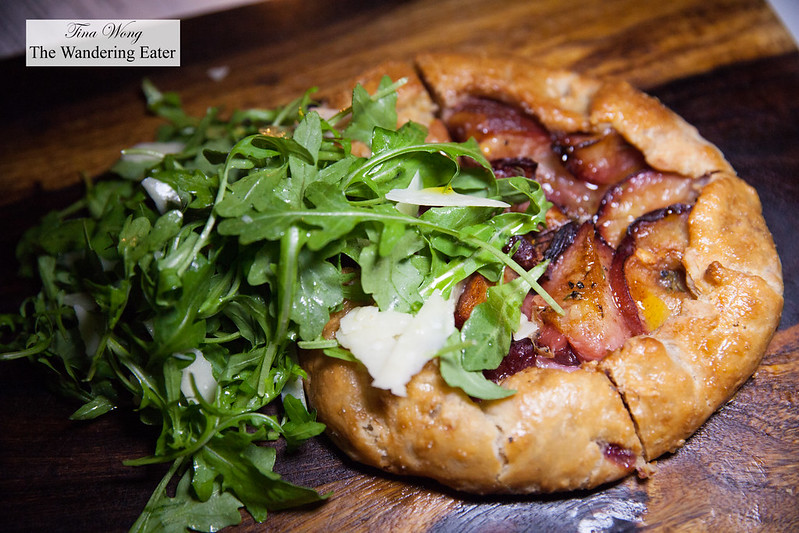 When my friend planned my birthday dinner The Beatrice Inn came to the fore when we read the 2* review from Pete Wells of NYT and was intrigued, to say the least to dine there. After that mutual consensus, we ended up having a reservation shortly.

On a rainy evening, The Beatrice Inn wasn’t too crowded and we saw Chef-Owner Angie Mar observing the front of the house and visiting a couple of tables at the end of their meals. This restaurant feels like a modern chophouse — dimly lit and handsome — but had nods to the past. This restaurant is not exactly a steakhouse nor a standard restaurant either.

We started off with drinks of Cynar 70 and a Big Poppa. The Cynar 70 starts off as a sweet syrupy version of the Cynar but eventually has its trademark bitterness that you’d come to expect. The Big Poppa is a creamy cocktail of white truffle, infused gin, yellow chertreuse, yuzu juice, and egg white. The truffle aroma is potent and comes first then bright yuzu citrus comes through the creamy drink without being overbearing.

The savory plum tart was delicious. A very well made, flaky suet tart crust that held the sweet-tart plums with shavings of Parmesan to add the subtle funk and salinity to the tart. As tasty as this tart was, I prefer to have this as my alternative cheese course rather than a pastry to start off the meal. 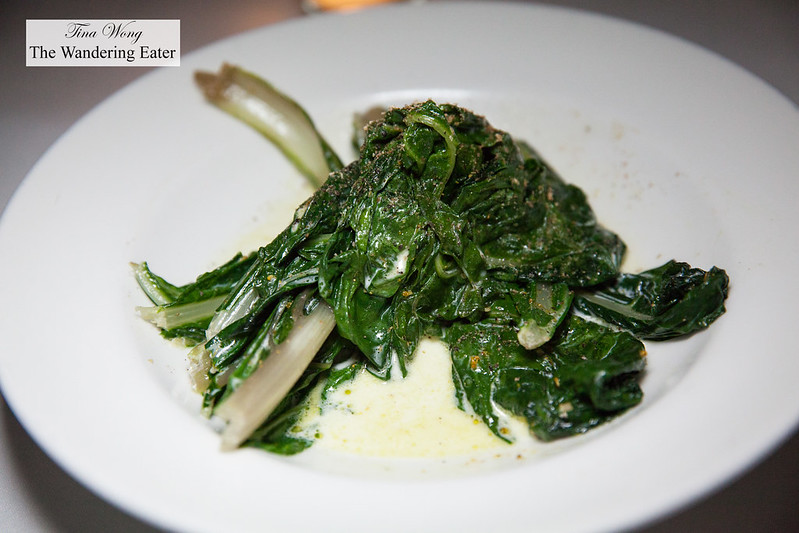 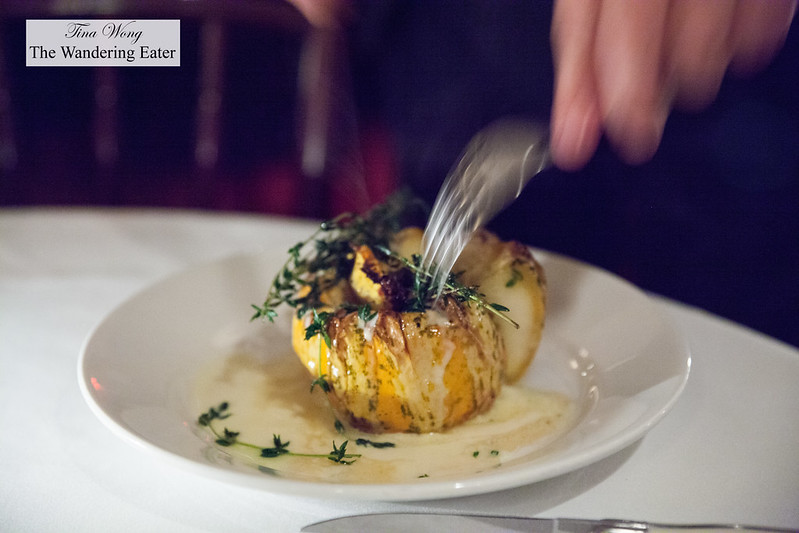 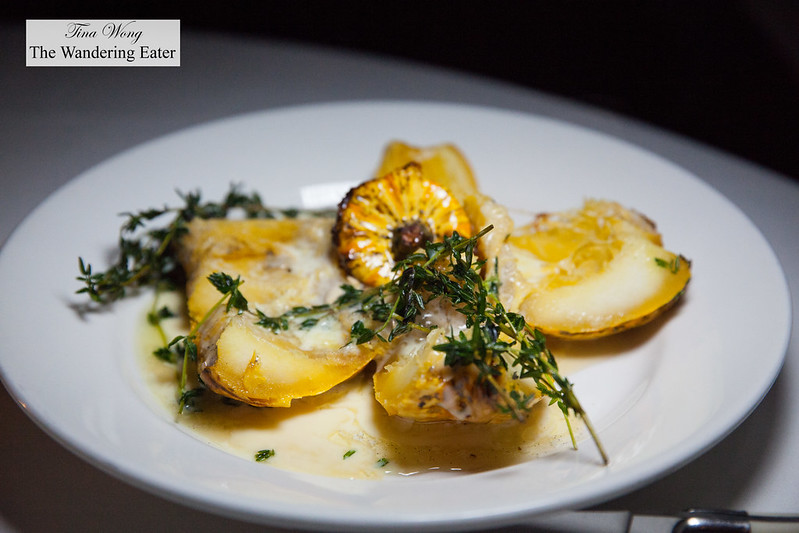 While it’s generally expected that vegetables tend to be the neglected sides for any meat-centric restaurant, I was hoping that Chef Mar would be doing something better. The Swiss chard in a light cream sauce, fennel pollen and nutmeg was a decent vegetable side but it felt like something is missing. The whole roasted squash sliced open table side was baked in smoked honey crème fraîche and thyme needed more seasoning and maybe cooked a couple of minutes longer that the squash would be softer (as my friend and I prefer). 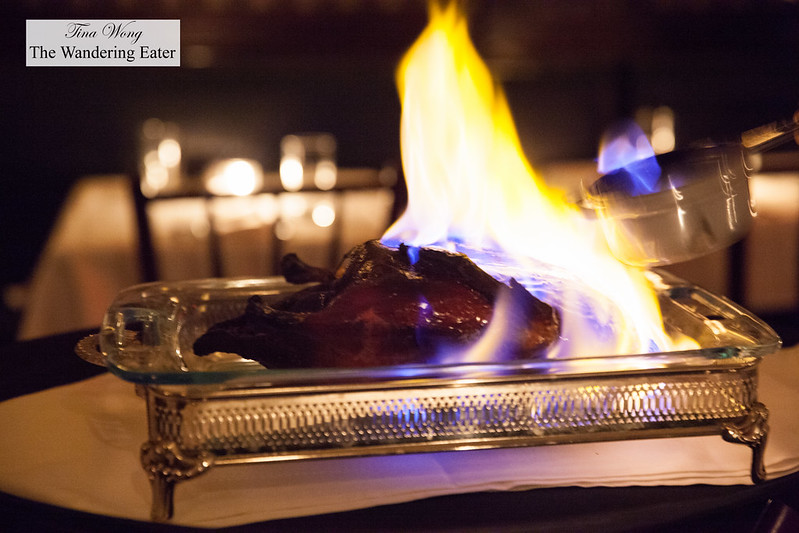 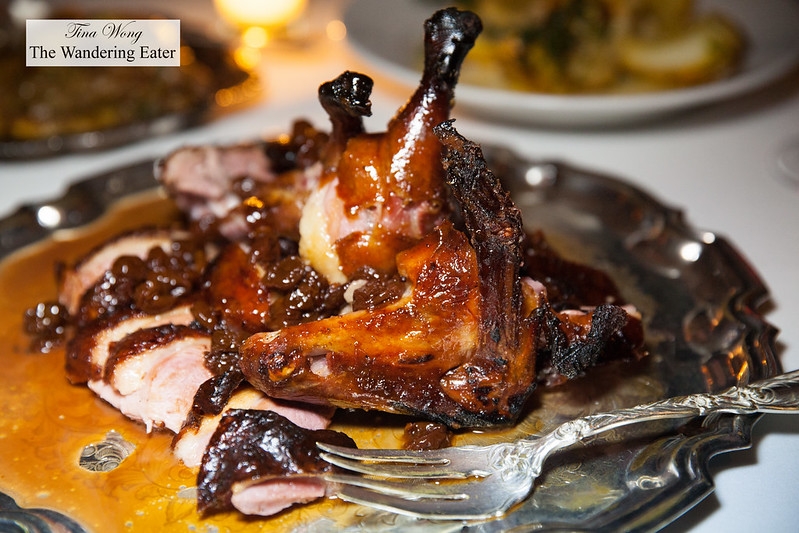 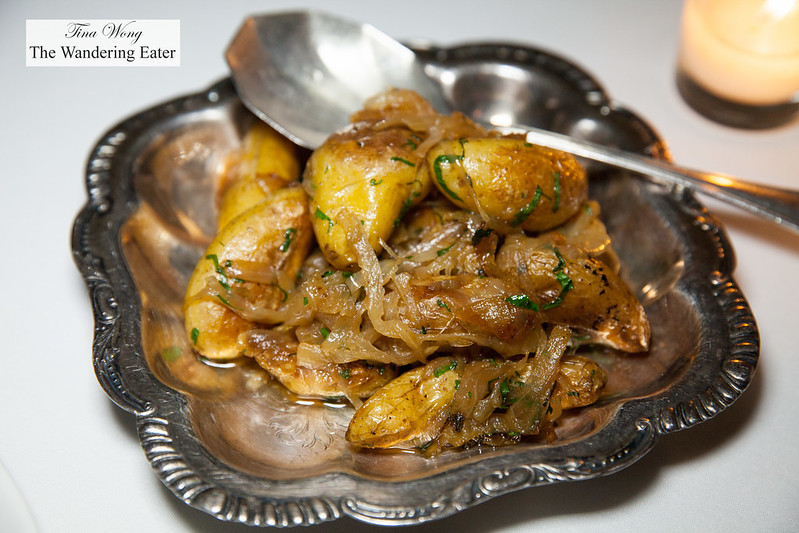 The star of the evening (in multiple ways) was the roast duck flambé. The lacquered duck arrive to a rolling carving table set in a silver platter with a blow torch and a pan filled with liquor. The duck emanates the smoky, bacon-like aroma and once our waiter pours the flaming liquid over our duck giving us a show and its whisked away to the kitchen to be sliced. The duck has a tender, burnished dark skin and a supple, rosy pink flesh and this smoky flavor permeated the meat beautifully. 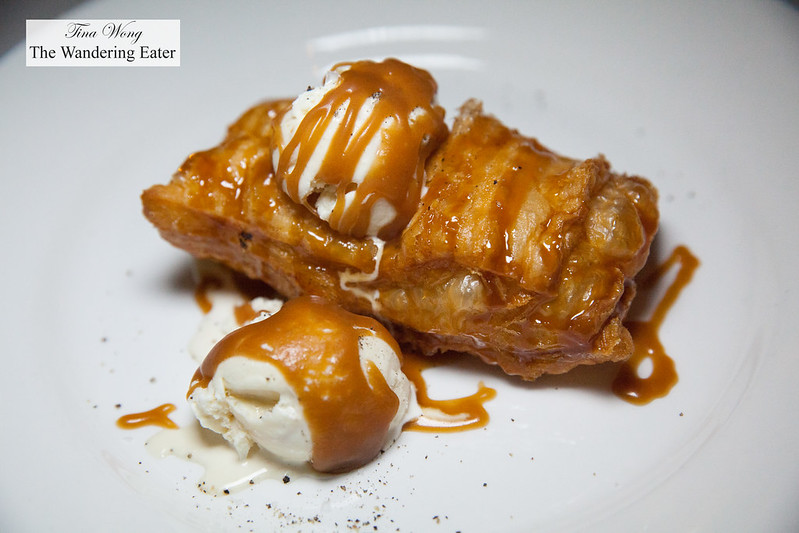 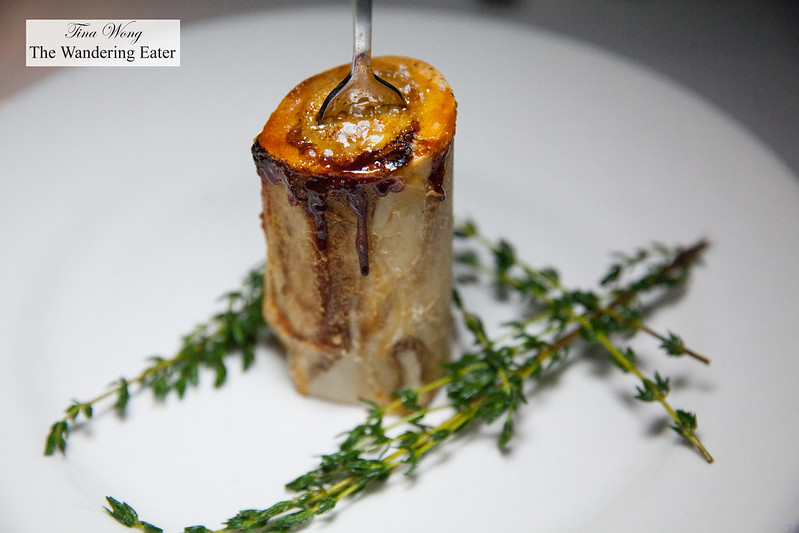 For dessert, there were two options — fried apple pie with foie gras ice cream and caramel sauce and bone marrow crème brûlée — and we had to have both. The pie arrived warm, puffy and had a good ratio of sweet-tart apple to crust. The foie gras ice cream was incredibly rich but it’s not as intense foie gras, livery flavor as I was anticipating. The bone marrow crème brûlée was delicious. Sweet, densely creamy custard but it has the bovine essense from the addition of its marrow.

It’s a very satisfying meal that doesn’t stray from big, bold flavors but presented in a refined way. When we finished our meal, we’re about another plate away from heading to food coma.