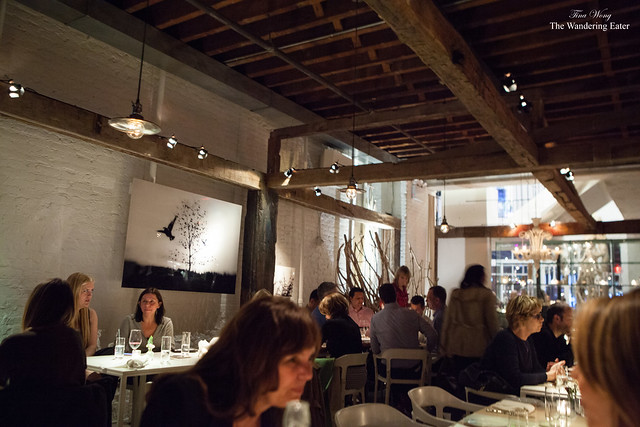 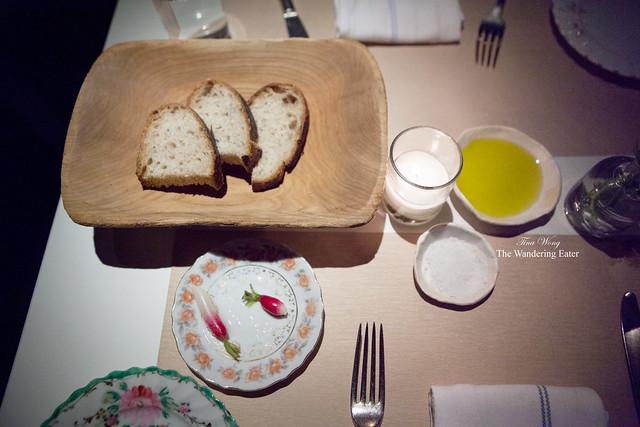 I’m a fan of Executive Chef Dan Kluger’s delicious food at ABC Kitchen. I still remembered when I was last here (at least documented on this site or any social media) and a few days before this dinner, I was cooking with him the New York Culinary Experience.

The cooking class at the Culinary Experience weekend reignited my adoration for Kluger’s food, especially that amazing pea toast that I gushed about it to a friend who hasn’t eaten at ABC Kitchen before. So, we ended up making dinner plans there since he was intrigued about the pea toast. 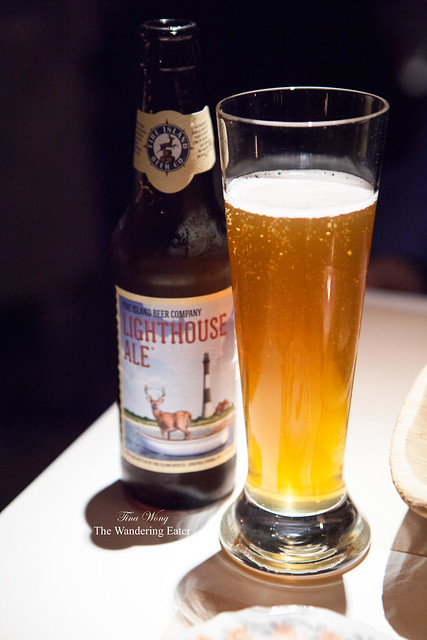 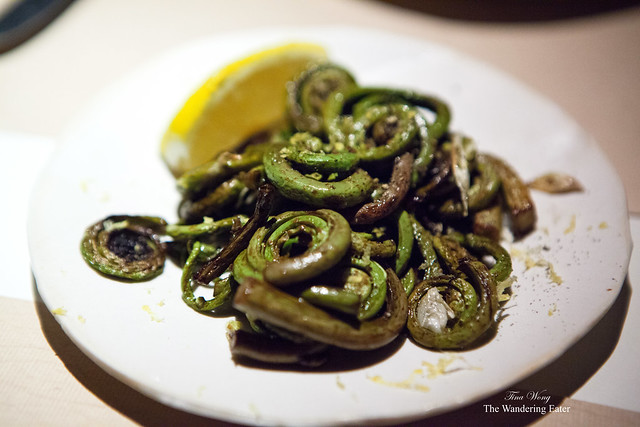 Unfortunately, we’re still ahead of pea season and the menu listed then, a kabocha squash toast which neither of us really wanted to have (not saying it’s bad but we just wanted the pea toast or have something else entirely). We opted to share the fiddlehead ferns ($13) with spring garlic and lemon, a simple appetizer of sautéed fiddleheads that’s almost charred to bring out some interesting nutty, borderline bitter. The lemon juice adds just enough acidity to liven it up.

We also had a Fire Island Beer Company’s Lighthouse Ale ($8) that was drinkable, clean mouthfeel, light and refreshing taste. 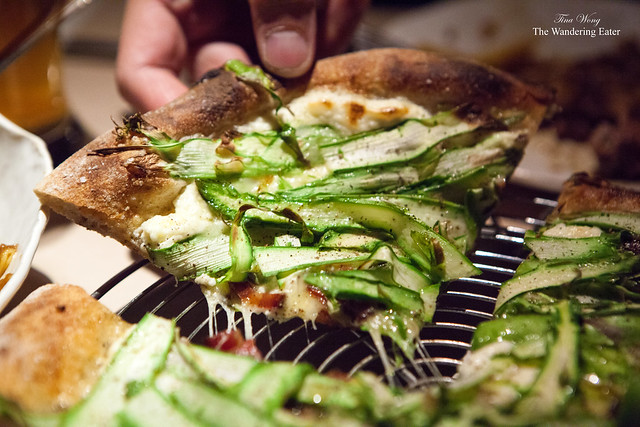 We also had the asparagus, bacon, ricotta, Parmesan pizza ($18) that’s on a whole wheat crust. Relatively thin, puffy and charred edged pizza that felt and taste substantial enough to carry a lot of flavor and delicious toppings. I adored the salinity in the diced bacon and the cheeses mingled with the sweet shaved asparagus. 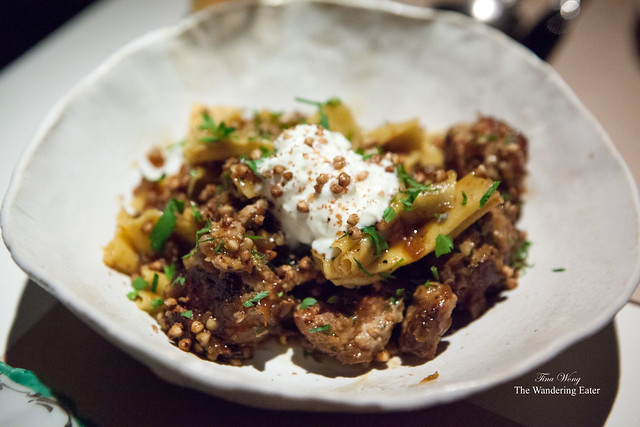 The bowl of kasha, bowtie pasta, veal meatballs ($24) is the menu’s staple and deservedly so. The pasta is incredibly delicious and flavorful with the crunchy kasha. The veal meatballs that were miniature flavor bombs in the mouth and just falls apart when you bite ever so slightly. 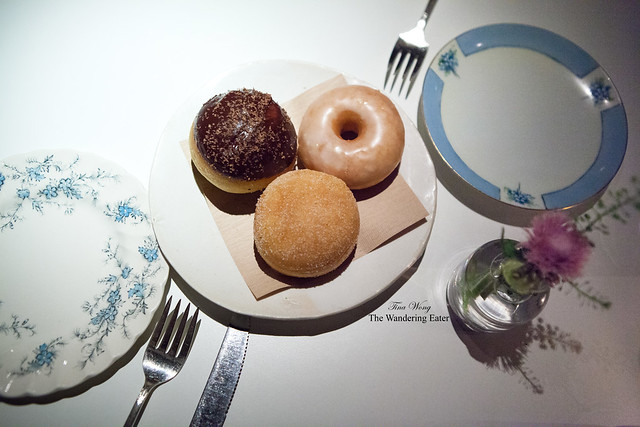 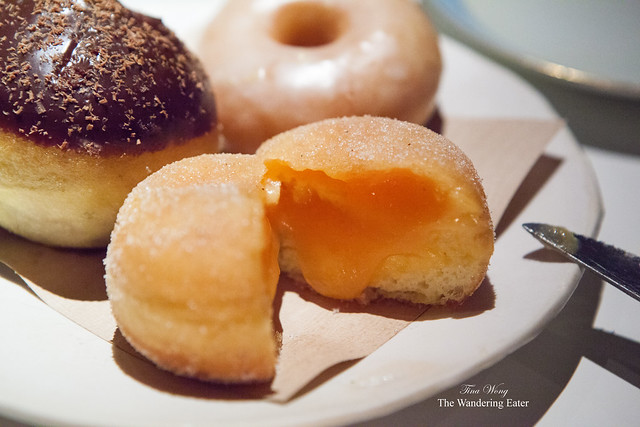 To finish off our dinner, we had the plate of seasonal doughnuts ($13). This particular evening, the kitchen were serving up this three flavors: chocolate glazed milk chocolate topped doughnut filled with espresso cream, sugar rolled doughnut filled with blood orange jelly, and citrus glazed doughnut. We both were slightly disappointed with the chocolate glazed doughnut with espresso cream as it fell apart so easily like it was made way many hours ahead of time and the texture was too soft even if you tried to pick it up. However, both citrus flavored doughnuts were fantastic and texturally on point – fluffy ever so slightly crisp doughnut and the citrus was exploding in my mouth.

ABC Kitchen is still a great place to eat, not just because the power lunchers eat here but because the food is cooked well and very tasty. Service is still has its laid back, friendly but well informed about the menus.

To view more photos of the visit, please CLICK HERE for my photo set or click through my gallery below: