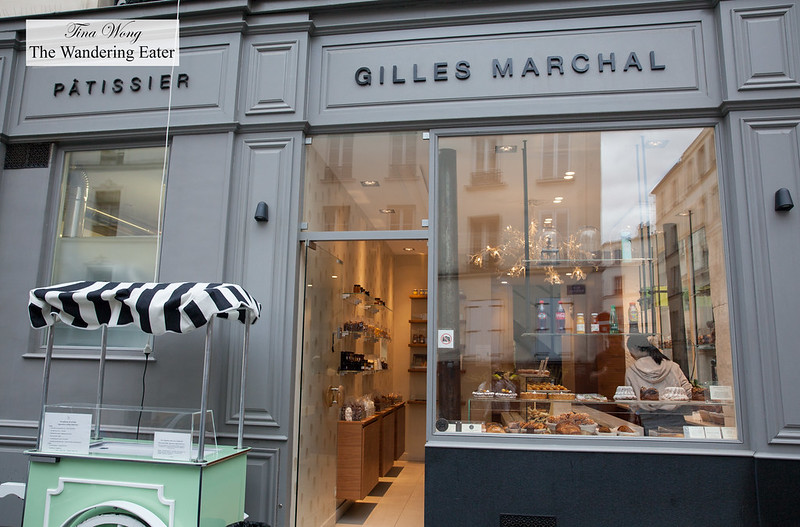 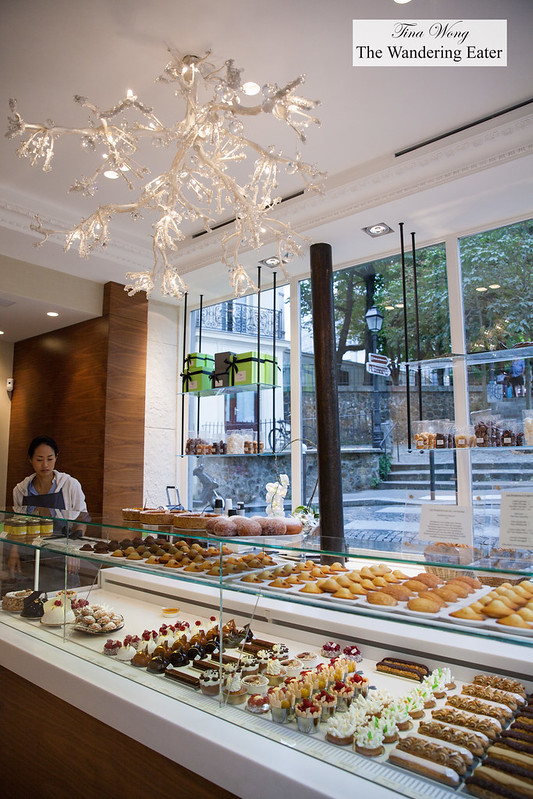 Part of the reason why I visited Patisserie Gilles Marchal is because I have ment and briefly hung out with Gilles a little more than six years ago when he was the Creative Director of La Maison du Chocolat (it was m first time visiting Paris and you may read that post here) and curious to know how’s life after the mentioned position. Prior to his post at LMDC, he was the pastry sous chef at the Crillon, and executive pastry chef at the Plaza Athenee and Le Bristol. We found out toward the end of our visit that he became a very busy man managing the pâtisserie, a restaurant and a confectionary shop.

Patisserie Gilles Marchal is located in the Montmarte neighborhood of Paris. Since we were heading there on a Sunday morning, it’s interesting to see Paris in its sleepy state without people crowding the streets. When we arrived to the understated, gray storefront but see the beautiful bright interior with the pastries sparkle like jewels at the windows. 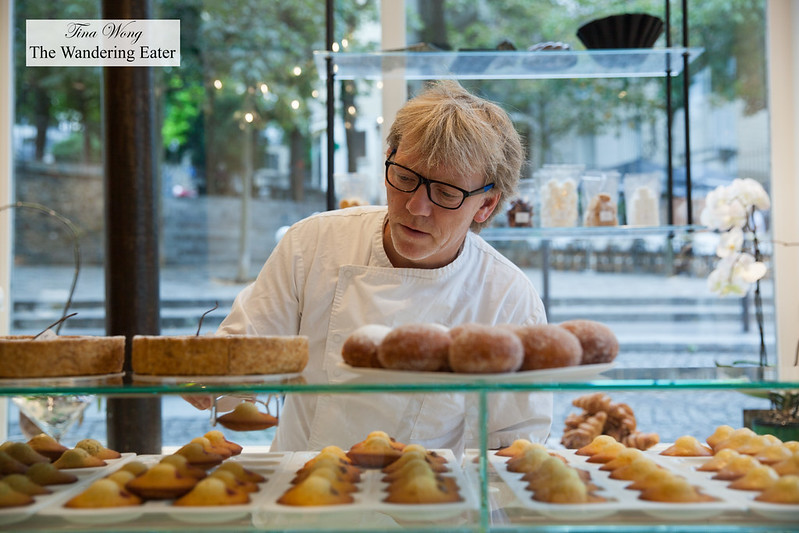 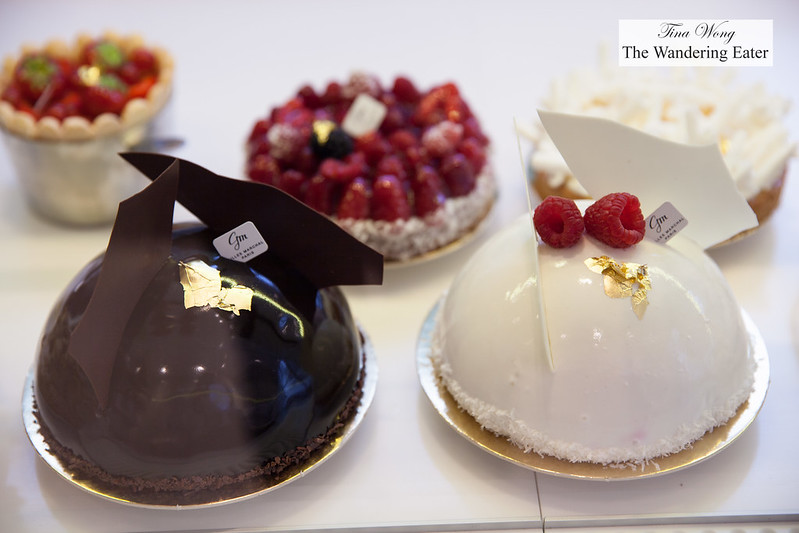 Gilles was around the shop that morning. Despite our little knowledge of speaking French, he spoke beautiful yet limited English and mutually understood his love and enthusiasm for his gorgeous pastries. Also he’s a perfectionist about whatever I ended up photographing, making sure that everything looks alluring on camera. 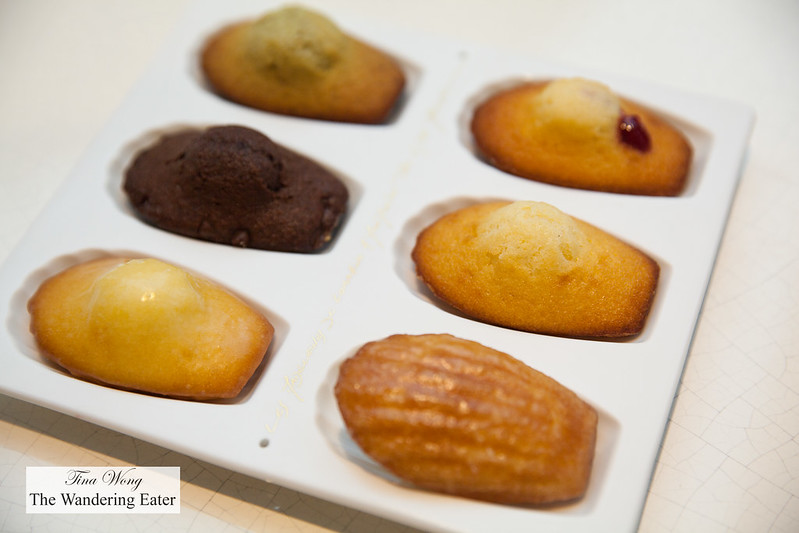 He strongly believed in the various madelines his team produces and we were pretty amazed how delicious they truly were. The biggest issue I find with madelines is the fact it loses its delicately crisp edges and the cake’s moisture quickly. Gilles’ was flavorful, delicious and retained a moist crumb. (The flavors shown were chocolate, raspberry, lemon glazed, vanilla glazed, chocolate flecked (fine bits of chocolate but not chips), and plain with a gentle hit of lemon zest.) 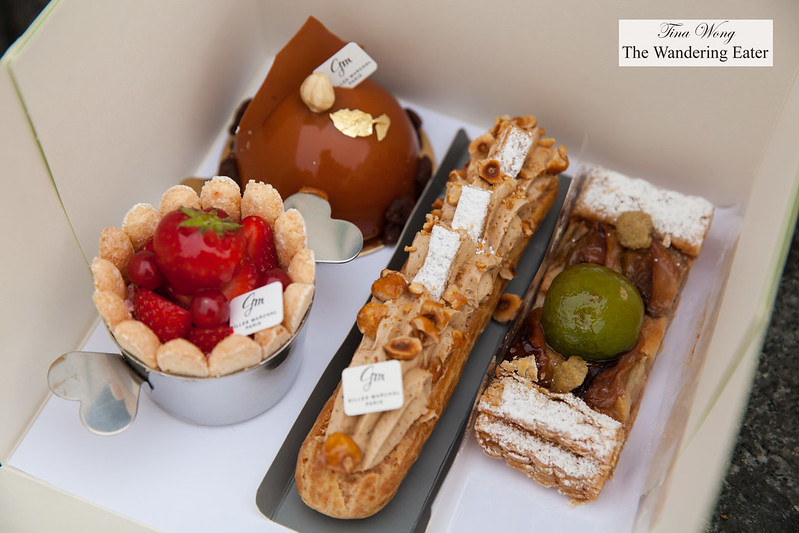 We bade Gilles farewell and took a couple of pastries to go since we were planning to climb up the many stairs to Sacré-Cœur basilica. Since this was technically breakfast for us and we didn’t have a real meal planned, we indulge on these beauties. The caramel dome was an intense, creamy cloud of caramel.

The Paris-brest eclair was arguably the best eclair we had for our entire trip in France! The choux had just enough chew and it’s smartly filled with crispy feuilletine to add the delicate crunch and the hazelnut praline flavor shined wonderfully.

The mixed berries Charlotte was a classy French version to the perfect American strawberry shortcake.

The greengage plum tart was a delectable slice of puff pastry loaded with the mentioned roasted plums that was wonderfully tart and a great contrsat to the flaky pastry. 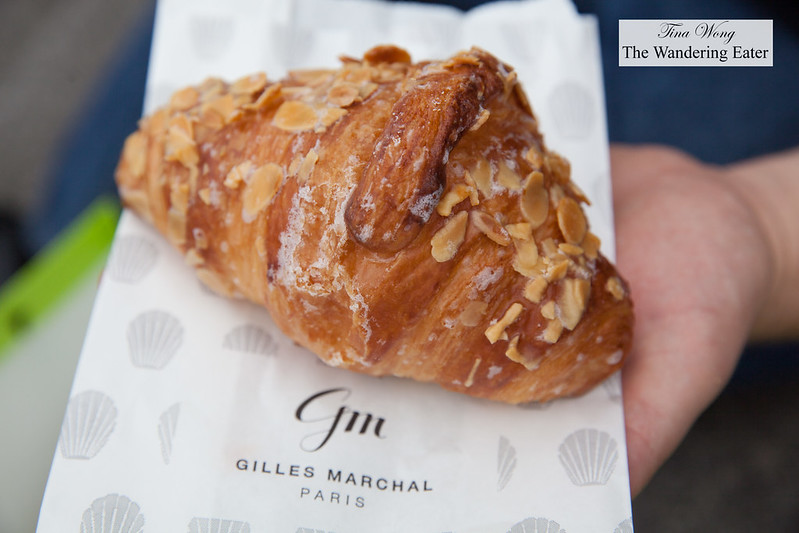 If you are an almond croissant fiend, I really suggest having one of Gilles. It’s more than just a buttery, flaky croissant that’s topped with almonds. The smooth, creamy, not toot sweet almond frangipane filling made it glorious. 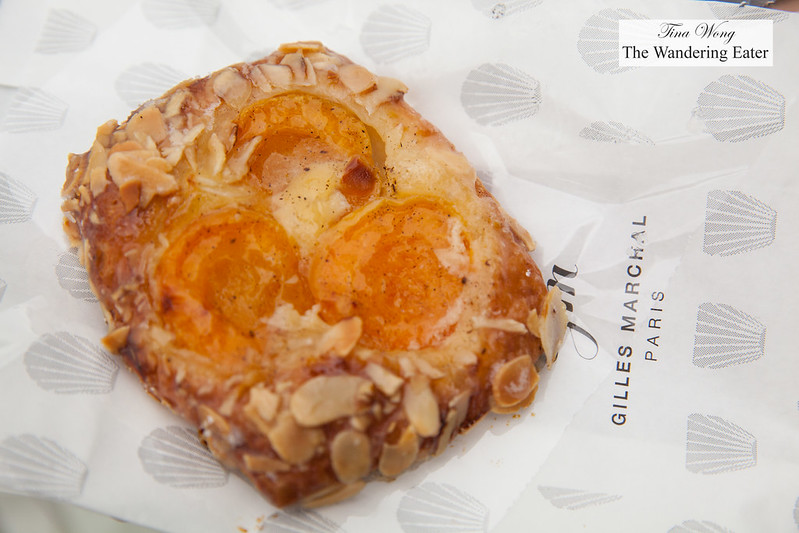 If there’s such a pastry that would completely change my mind about apricot desserts (I like them but never vied for them), it would be this stunning apricot-almond danish. I don’t think my photo does any justice to the glistening, vibrant apricots looked when we were at the patisserie. WHen we bitten the pastry, we had no words except acknowledging that this pastry was to die for.