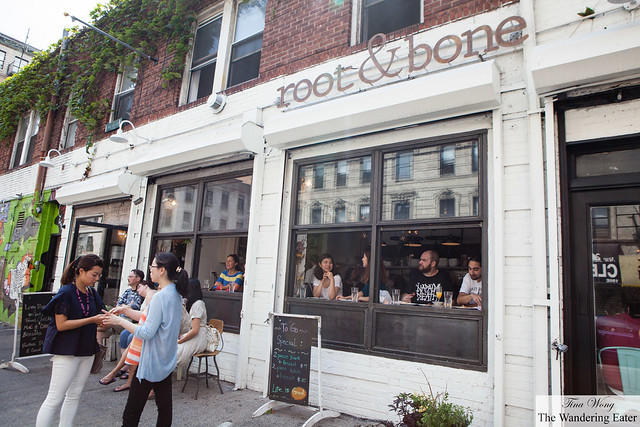 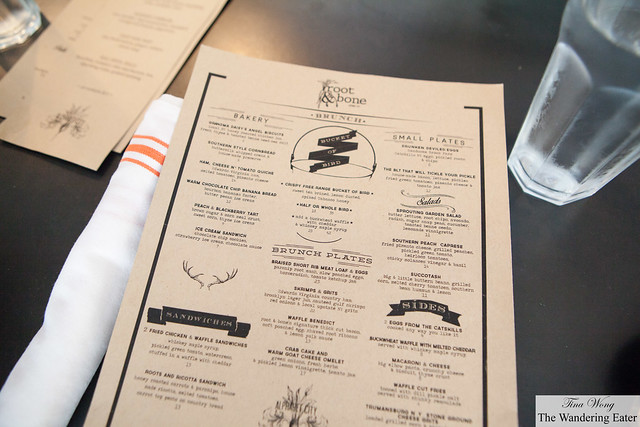 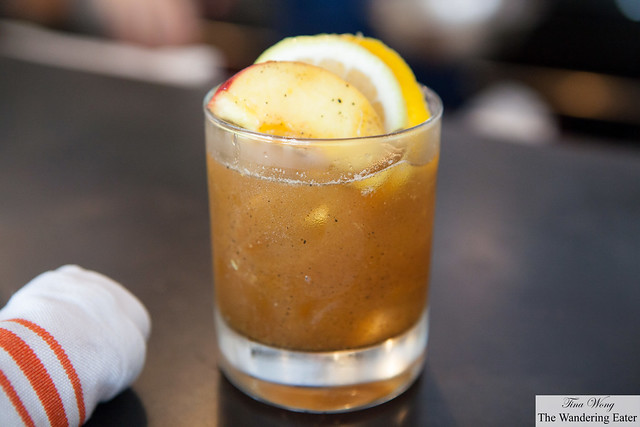 A recent brunch I had with D, we headed out to a new Southern restaurant in Alphabet City of East Village called Root & Bone. This a small, popular, already popular restaurant is owned by Top Chef alums Jeff McInnis and Janine Booth. With a long line leading out of the restaurant’s door full of people vying for a table just barely 15 minutes past brunch opening time (11:45 AM). We were fortunate enough to get a seat at the bar with a view of the open kitchen and see two young cooks toiling over the stoves and making batches of buckwheat waffles topped with sliced cheddar.

D was feeling the heat already and cooled himself with a sweet but balanced Whiskey Cobbler ($12) cocktail that has a tinge of smoke from the whiskey and grilled peaches. To me, it tasted like a slightly brooding, sweet peach tea. 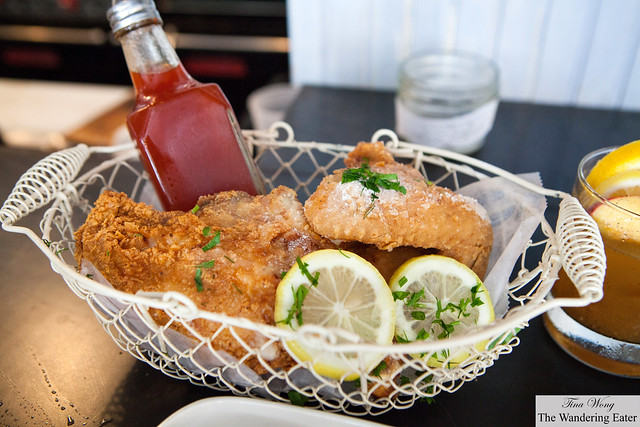 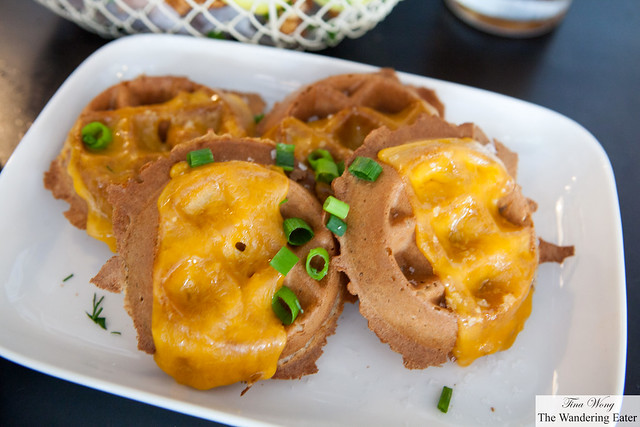 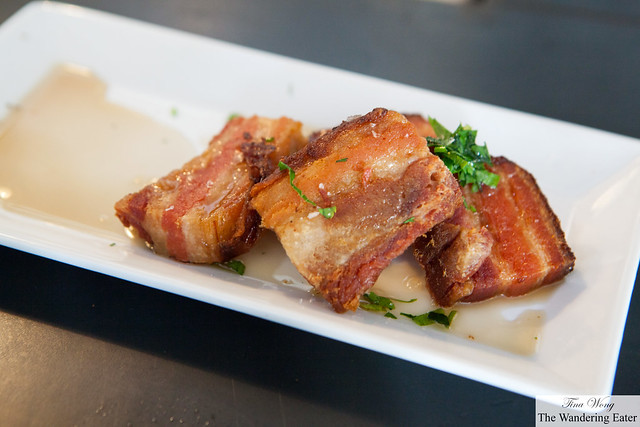 D loves and obsessed with fried chicken and bacon. So when he read on the menu crispy fried chicken, he needed to order it. We opted the half bird with freshly made buckwheat waffles topped with cheddar ($25).

Root & Bone’s fried chicken is definitely special. It arrived to us burning-your-fingers-hot from the pressure fryer. It’s insanely juicy and has a sweet tinge from it being brined in sweet tea and it’s dusted with lemon salt to give it a bright acidity to cut through the fat and make it so much more appealing to eat. The buckwheat waffles were delicately crisp. You should throw on a few shakes of that honey spiked Tabasco sauce on your fried chicken because it makes it utterly divine and finger licking good.

The buckwheat’s earthy, nutty flavor made it a savory waffle and it’s a very good pairing with the lemony fried chicken.

I don’t need to have brunch with bacon all the time but D insists upon it so we ordered a side of the signature bacon ($7) is delicious. Thick cut slices of pork belly that’s lightly smoked and sweet and spicy. I would assume, deep fried since it’s evenly crispy exterior yet it retained a slight juiciness and chew, which I prefer how to have my bacon cooked. 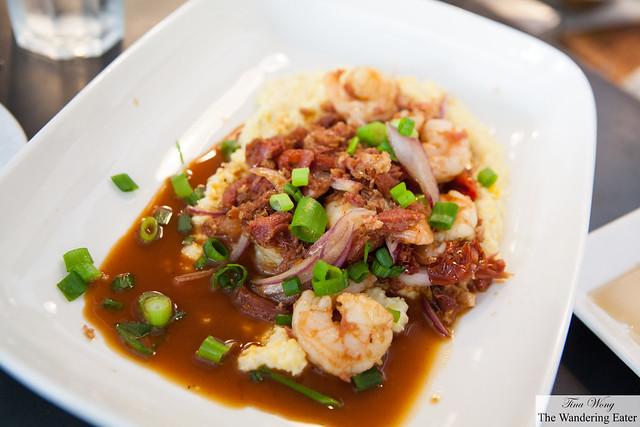 The skrimp and grits ($22) was a huge platter of creamy grits topped with a sauce made of cubes of delectable Virginia country ham and earthy Brooklyn lager with a bounty of sweet gulf shrimps on top. This platter could easily feed two or three people since it’s hearty and flavorful. 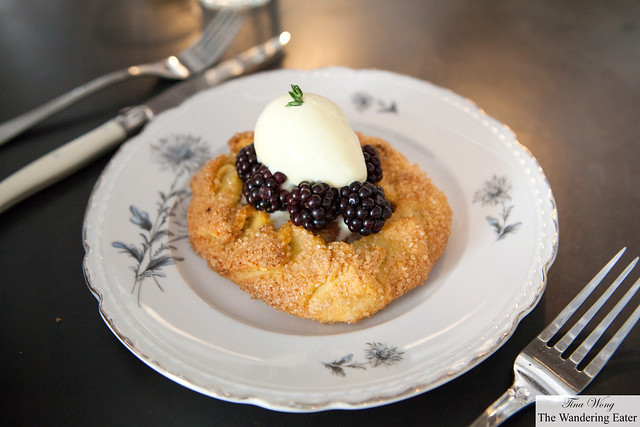 For dessert, we opted for a late season peach and blackberry tart ($7) topped with sweet corn thyme ice cream. The tart was good and the crust was sturdy and butter but it a little skimpy on the fruit filling. We did love the corn thyme ice cream and don’t mind having a pint of that.

This very good brunch prompted us to consider to have dinner here soon. And have more of that fried chicken too. Hopefully, we don’t have to brave the lines then.

To view more photos of this meal, please CLICK HERE or view the gallery below: