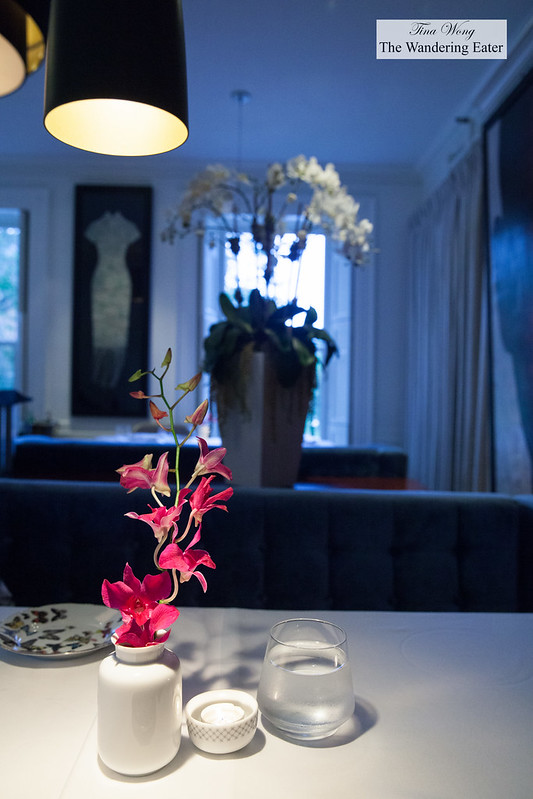 The Danforth, as I’ve mentioned on my previous post, is a fantastic, luxury inn and it’s a fascinating place that houses an unexpectedly good upscale Southeast Asian restaurant, Tempo Dulu and a cocktail lounge called Opium.

I didn’t have high expectations of eating good Asian cooking since Portland does not have a large Asian population compared to New York City or Boston. I expected great New American, farm-to-table food while I’m in Portland. However, Executive Chef Michael McDonnell and his team cooks dishes from Vietnam, Thailand, Malaysia, Singapore and Indonesia while using local ingredients. The food that arrives to the table are truly robust flavors as one expect when traveling and eating in those countries but all of the food looks refined and pretty. If I have any issue with the food at all, it’s a minor one that my dining companions and I thought the team could restrain adding salt by a touch. 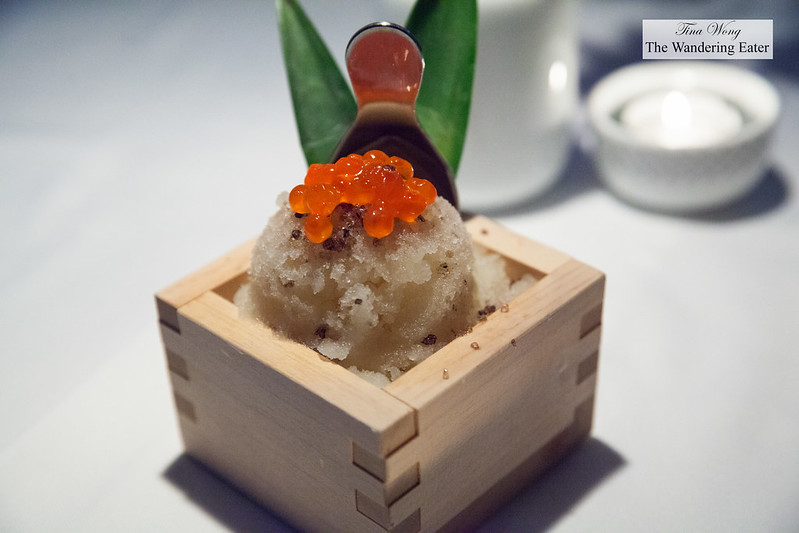 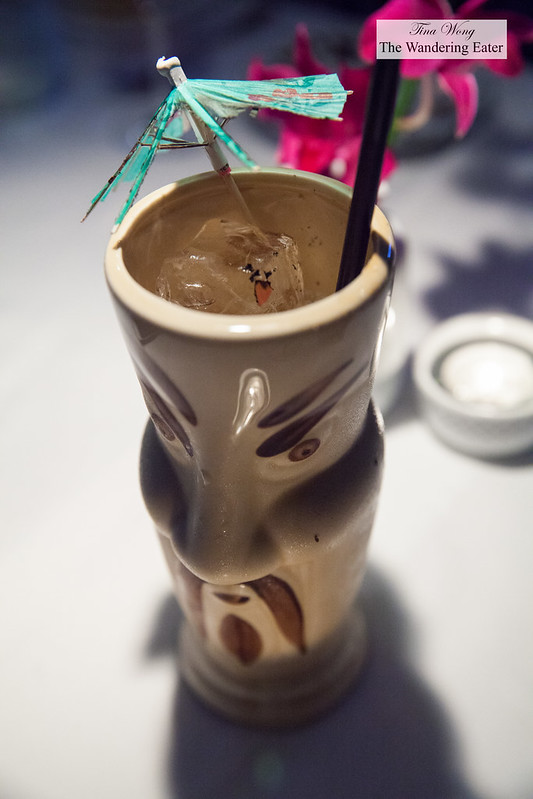 We started with cocktails that are from across the hall, Opium. The Sake Snow Cone is a fun, edible cocktail but what really surprised me in a good way is how savory it is with an undertone of smoke and bitterness. The Nigori sake and smoked pineapple shaved ice flavored with a touch of bittersweet yuzu and ginger with a heap of briny salmon roe. The Canceled Honeymoon made with Cynar 70, St. Elizabeth’s allspice, yuzu, passion fruit is a lovely drink that’s balanced between sweet and bitter with a touch of acid. 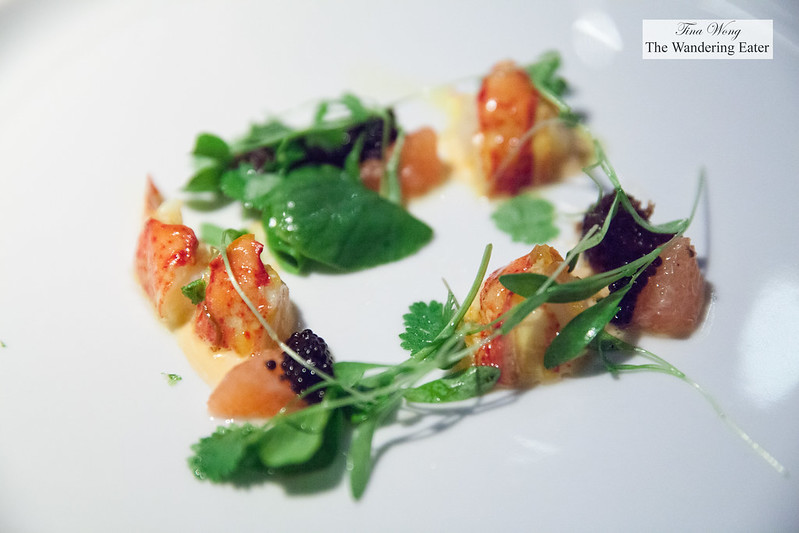 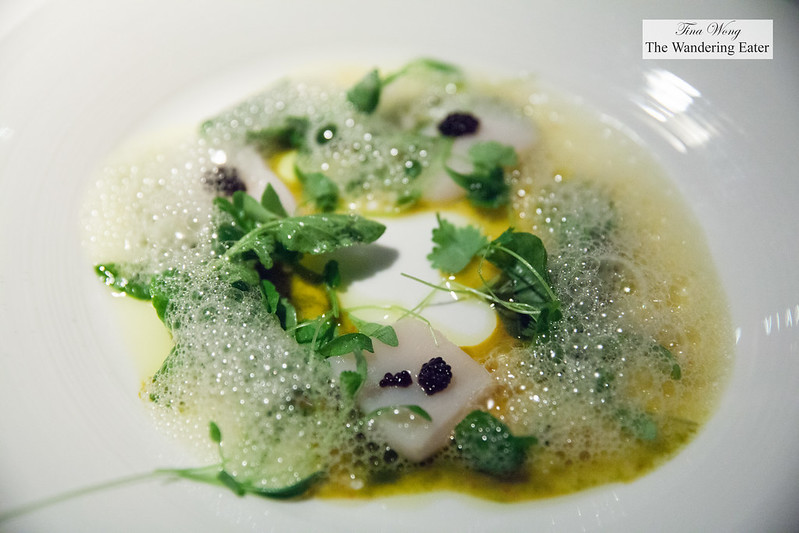 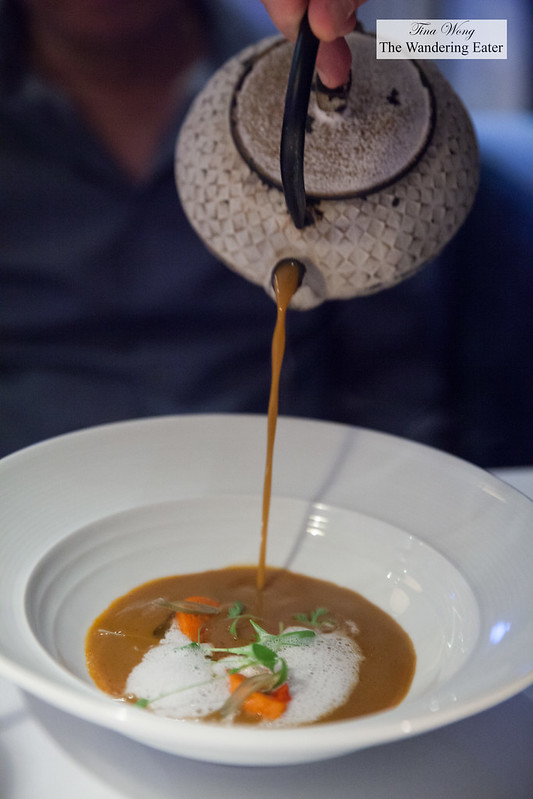 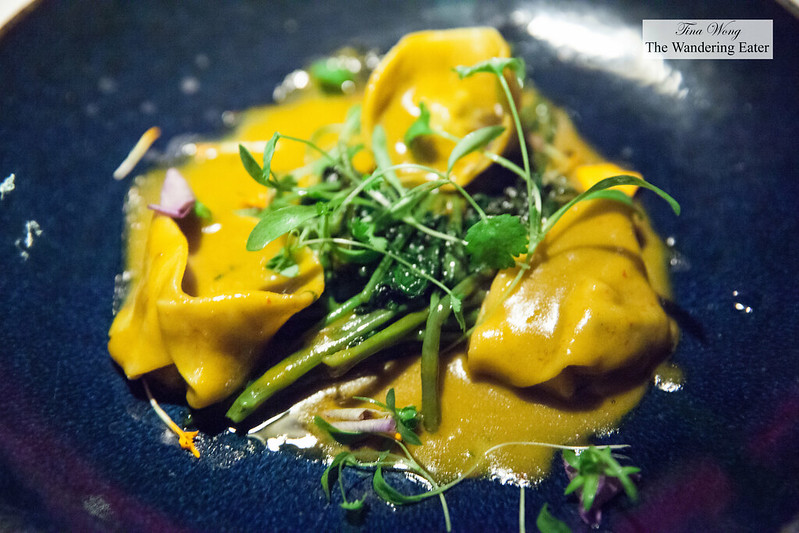 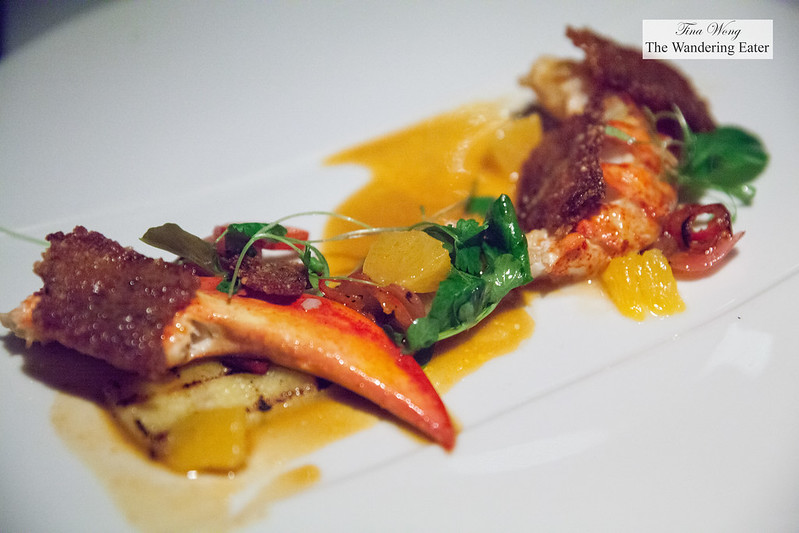 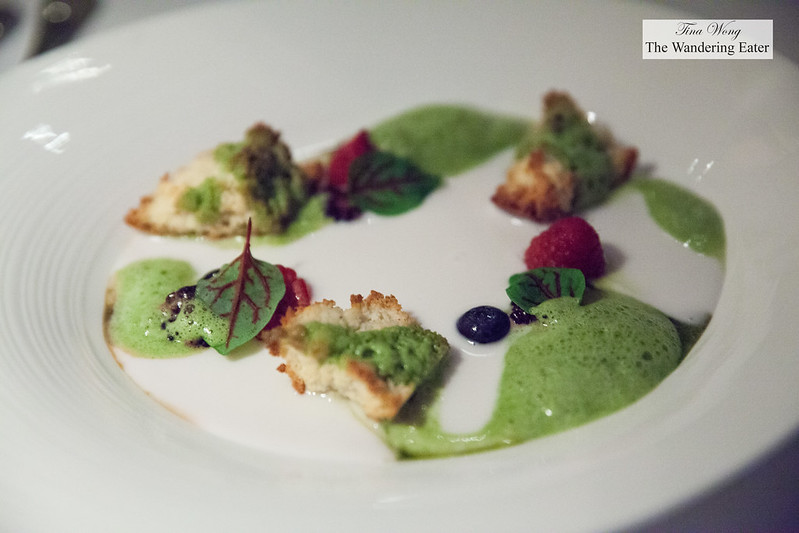 We had tried the Lobster Tasting menu (while in Portland, it’s never enough lobster), it was utterly delicious. The lobster’s flavor really shone through from the various dishes ranging from poached to soups to grilled lobster dishes (some of the dishes skew nouvelle French while some transport us to the Vietnam or Thailand). The sequence of the dishes are good and the plating is beautiful. 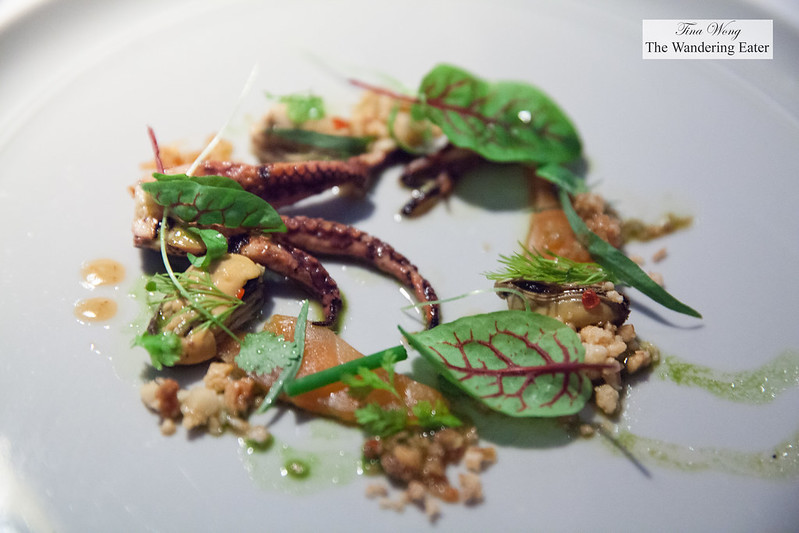 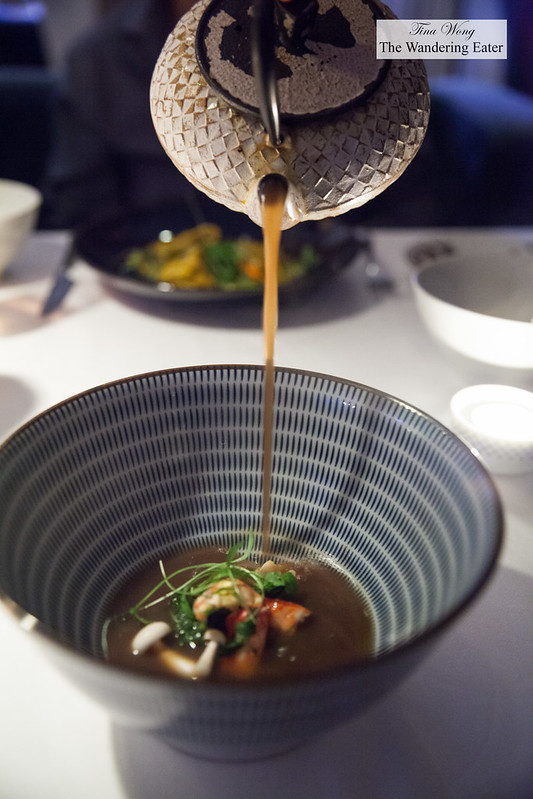 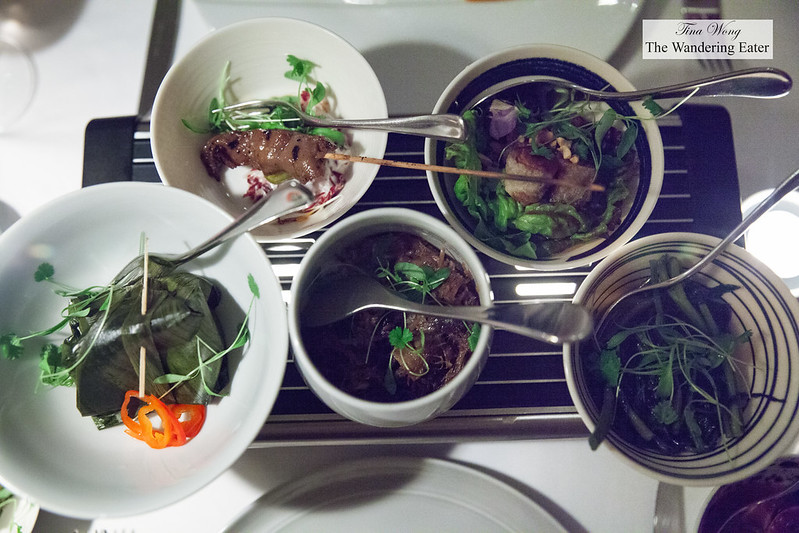 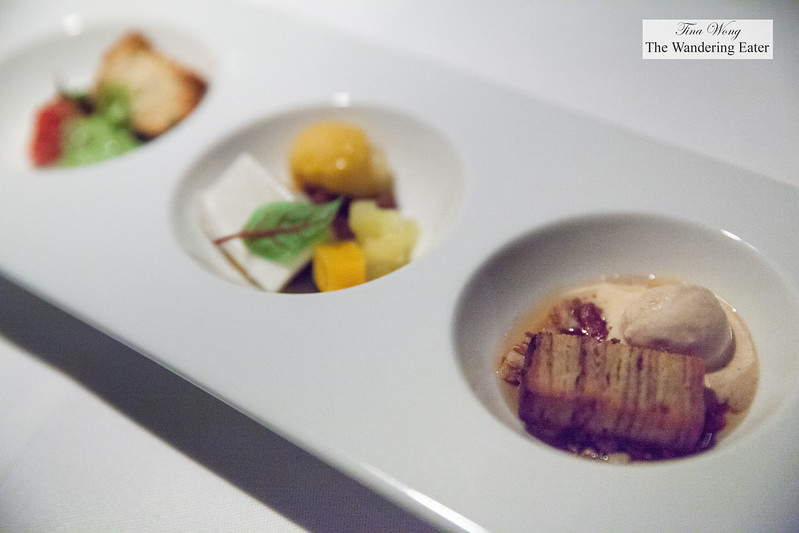 When it comes to the Chef’s Tasting Menu, it does show the chef’s strength of what he can do with Southeast Asian flavors and cooking. It’s unabashed flavors of the various Southeast Asian countries and were not shy with the chilies and spices. The course that really let the kitchen show what its capable of was the final main course that is an assortment of small savory dishes that range from steamed fish in banana leaf to Thai-style pork skewer to incredibly flavorful Malaysian style beef stew with a serving of jasmine rice. 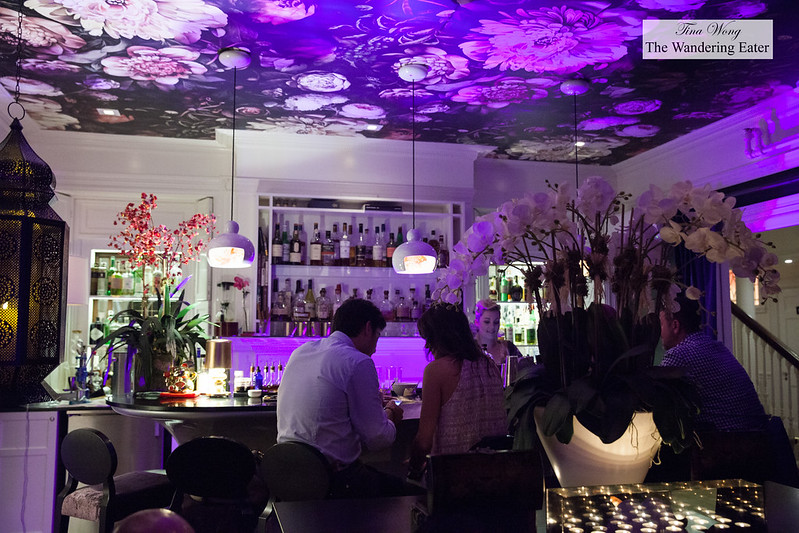 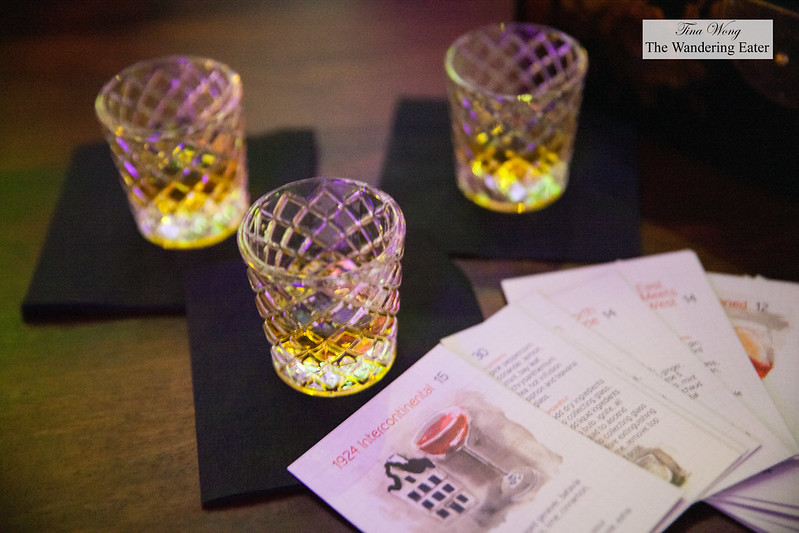 Opium is across the hall from Tempo Dulu. The interior is a balance between a comfortable global living room meets an upscale, sexy lounge like a Shanghai cocktail bar. The cocktails are inventive and inspired an Asian twist (using sake, yuzu, spices, etc.) and a few rooted in classic drinks. 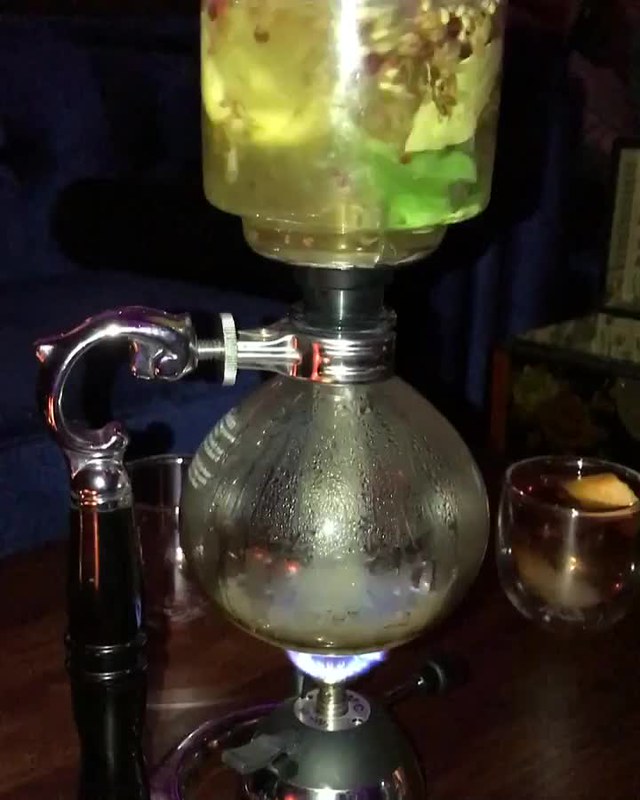 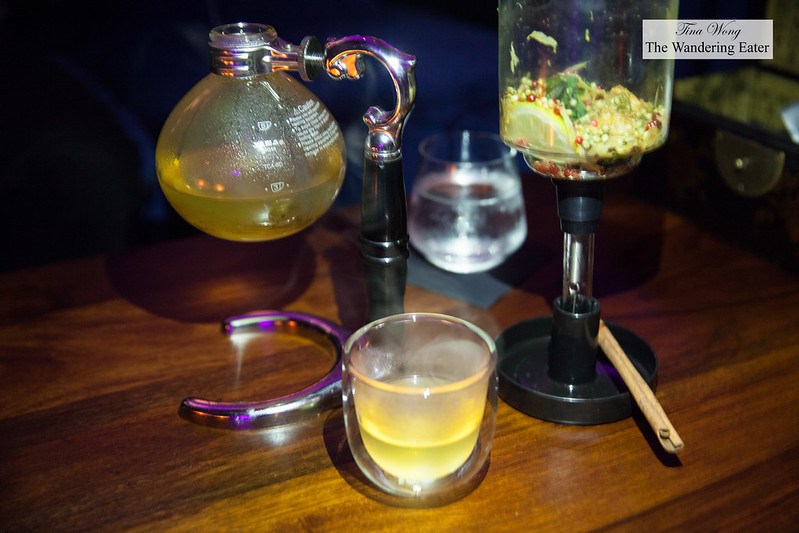 We had one of the most interesting cocktails called the 4th Gentlemen. It’s large enough to share with two people and what really makes it cool is the fact that it’s brewed in a siphon, table side. This delicious, hot drink is wonderful as it’s light on the tongue but intense with the aromatics used during the brewing process like pink peppercorn, coriander, lemon zest, bay leaf, chrysanthemum tea and gin. I know hot cocktails are not the norm for summer but I would make an exception for this because of the theatrics and it isn’t too heavy on the alcohol. 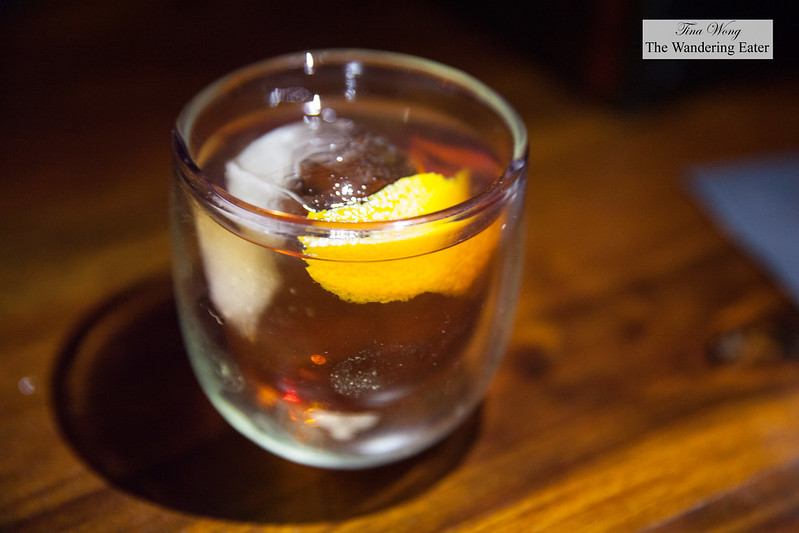 I love negronis and Opium’s take on it called Harajuku Negroni made with byrrh, gran classico, Nikka Coffey grain whisky and finished with an orange twist is delicious. Though it this drink has the inherent bitter qualities that is expected of a negroni, it’s a bit lighter and has some red berry flavors possibly from the byrrh. Be warned though, this drink tastes light but it does pack an alcoholic punch.

Both Tempo Dulu and Opium are great places to have a meal and drinks. Both are comfortable spaces and service is not pretentious and friendly. I would go back to both places without any hesitation.

For more photos, please CLICK HERE for Tempo Dulu and Opium for the complete sets or see below for the dining photos: