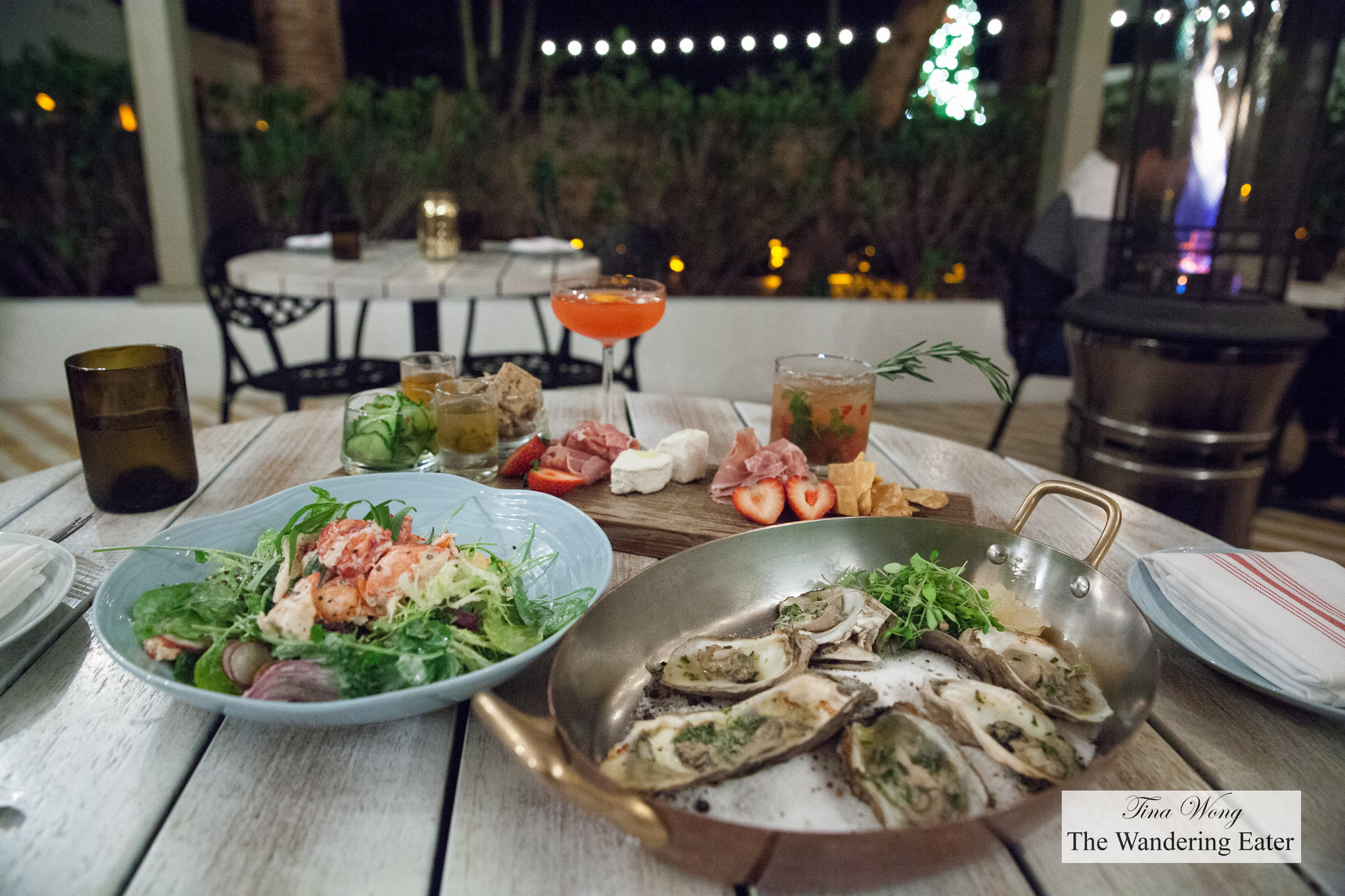 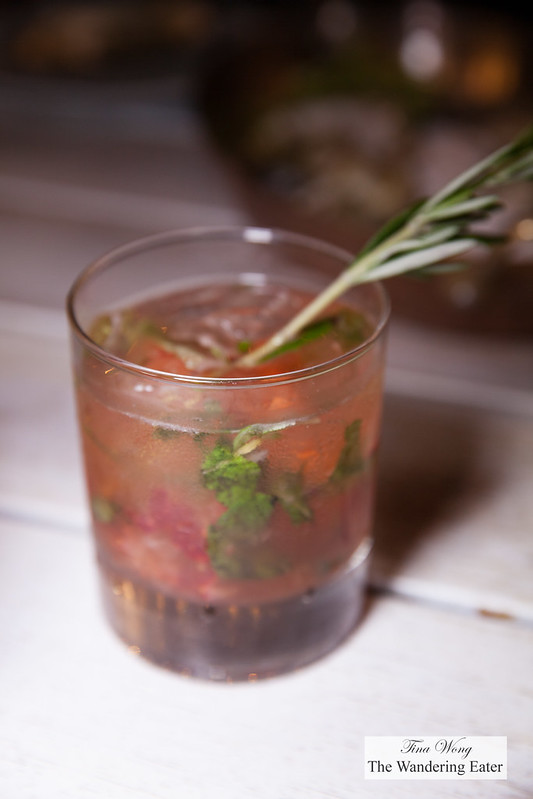 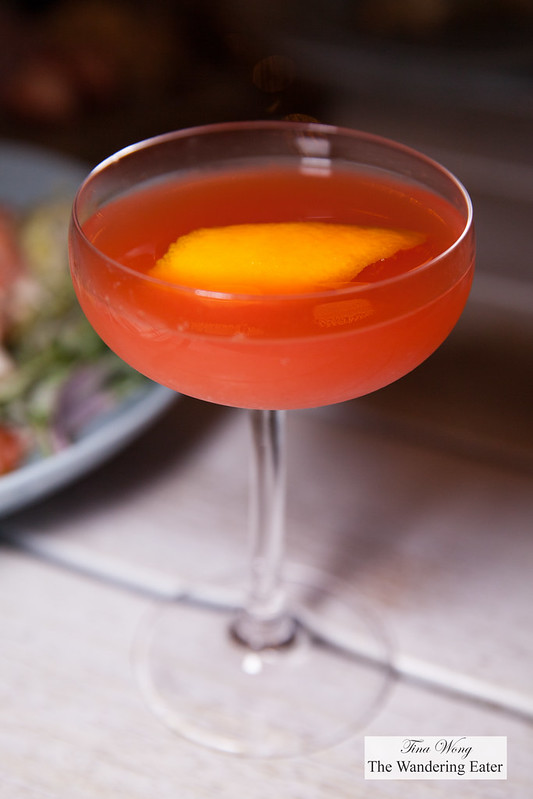 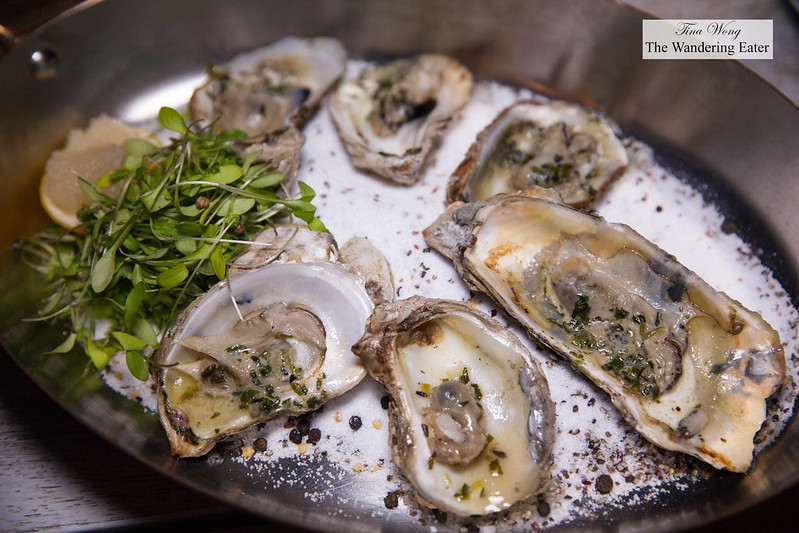 In case you haven’t kept yourself updated on Instagram, I was in Miami for my winter break before the madness of the Christmas and New Year’s holidays.

One of our dinners in Miami was at Bird & Bone at The Confidante Miami Beach led by Chef Richard Hales. The restaurant focuses on Southern food that doesn’t go too far with offal like chicken livers or chitterlings but definitely honors the food like having classics like black eyed peas soup and Carolina Gold rice.

We started off with solid cocktails of the Strawberry Smash (Bulleit bourbon based and not too sweet) and Smoke Show that looked pretty in pink but it has a very smoky flavor that lingers on the palate. The Atlantic grilled oysters were succulent and delicious. The lobster salad was delicious and had a generous amount of large chunks of sweet lobster meat, not too heavily dressed and I liked the anise flavors from tarragon and . 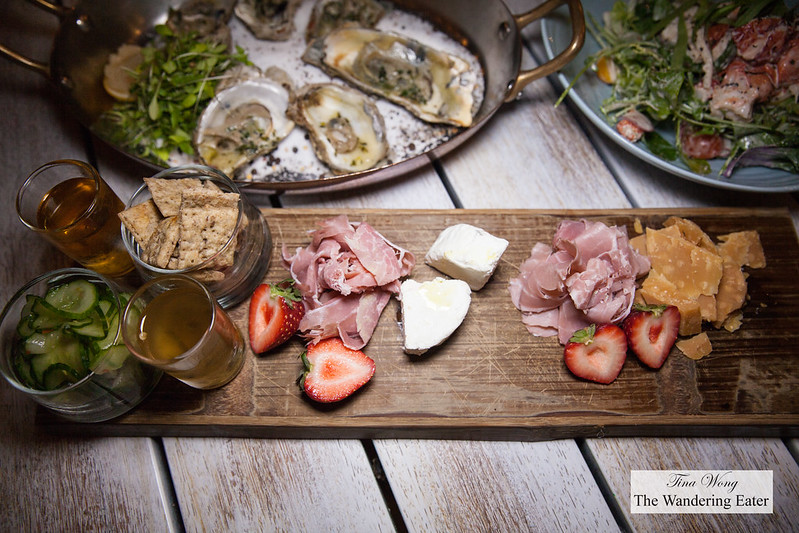 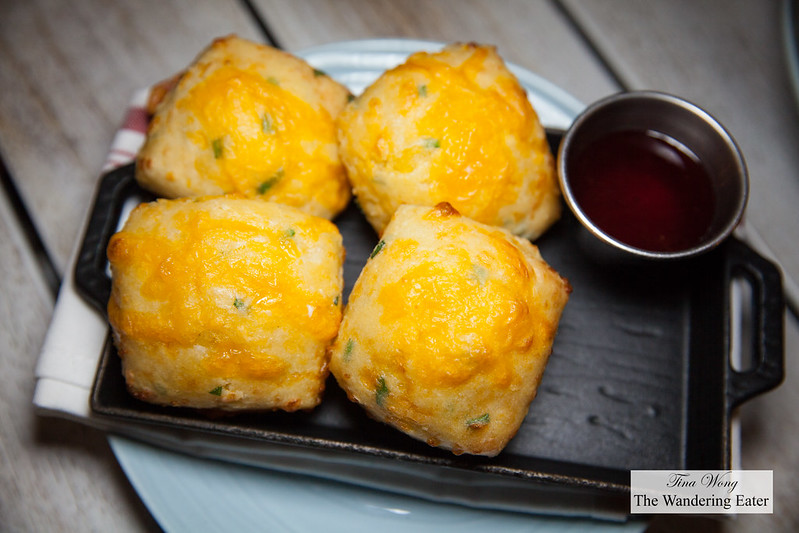 The country ham and cheese board was a large board of Benton’s 12-month country ham, local Florida cheese (a soft cheese, brie-like), served with benne seed crackers, and honey and cucumbers on the side. Benton’s ham is one of the finest hams made in the U.S., salty but not too much and the flavors of the ham is incredible. The soft cheese was a good compliment.

My friend wanted bread of some type to go with the ham so we had the made to order cheddar and scallion biscuits. Warm, fluffy and loved how cheesy and onion flavors were balanced. It does worked beautifully with Benton’s ham, sandwiching it. 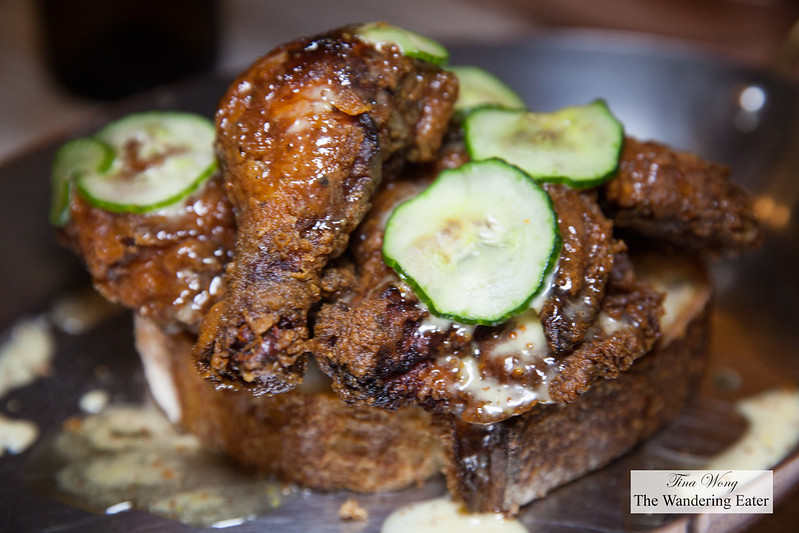 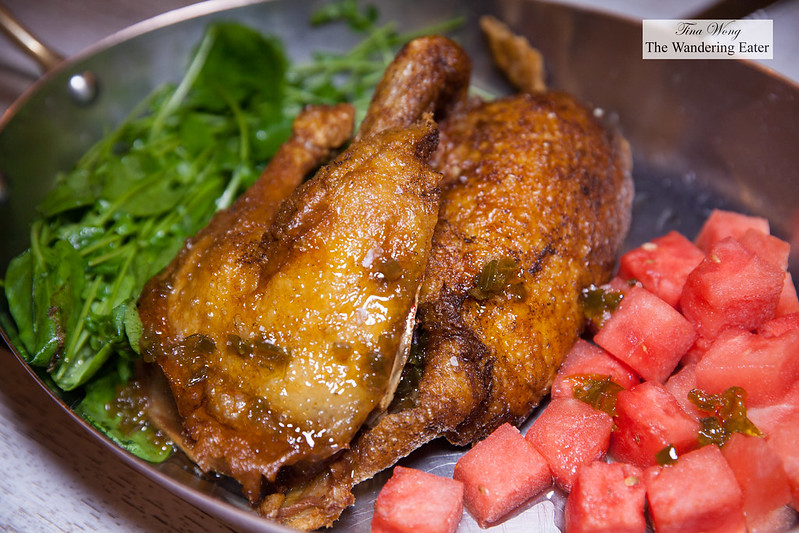 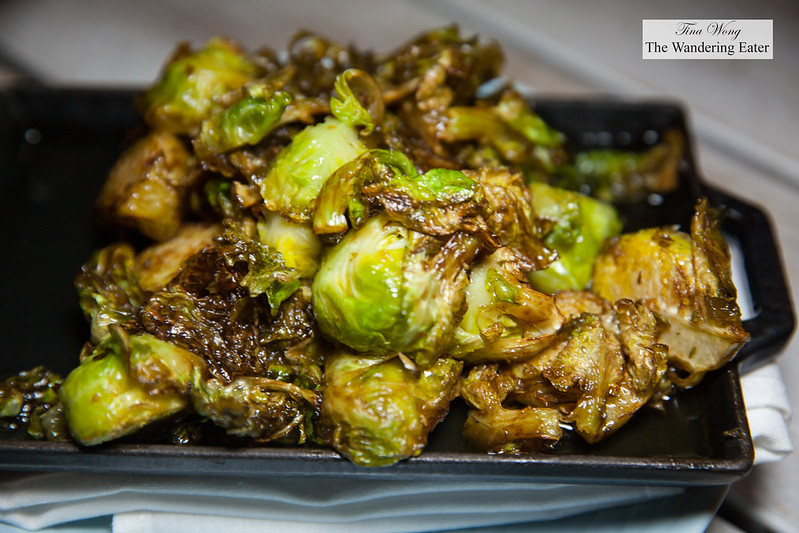 Hales’ hot chicken is the centerpiece of the menu and yet another nationwide trend he’s brought to Miami. Hales’ version is far less aggressive than the one found in Tennessee. He separates whole birds from their carcasses and then brines them in a simple salt solution that leaves every fiber, even those in the breast very juicy. The meat is seasoned with a blend of cayenne pepper, hot paprika, ground mustard, and garlic before being fried to a golden brown just barely tinged crimson thanks to all of the pepper. After the bird gets a drizzling of honey, the spice, which is the trademark of this style of fried chicken, hardly comes through.

The dry aged roast duck served with a side of pepper watermelon and preserves and watercress. The duck was very tasty. A lovely golden brown exterior and the meat was soft and tender like it was confit. The watermelon was sweet and slightly savory from the red pepper preserves but the best foil to this duck was the fresh, bitter watercress.

Overall, this meal was good and service was friendly and knowledgeable. If you’re looking for Southern food around Miami, this is one of the few around.