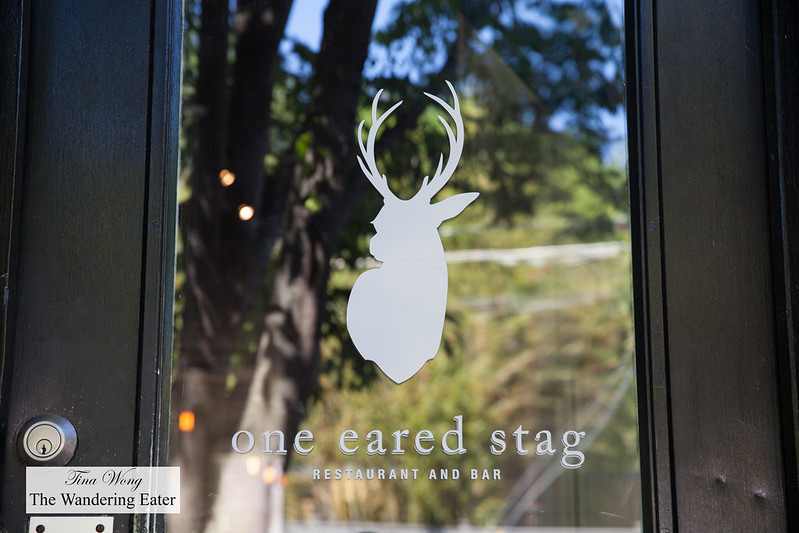 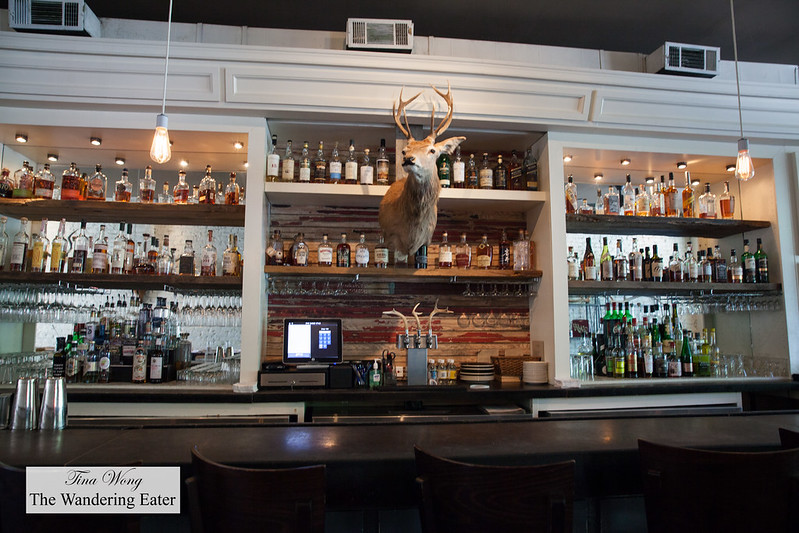 One Eared Stag at the tranquil area of Inman Park is an unassuming restaurant for an incredible, unexpected brunch menu. When you enter One Eared Stag, the first thing that draws your attention are the taxidermy hanging on the whitewashed brick walls toward the back and a prominent one installed at the center of the bar. The main dining area is up the ramp opening to bright, natural light flooding in with minimalist touches that feels homey at the same time. 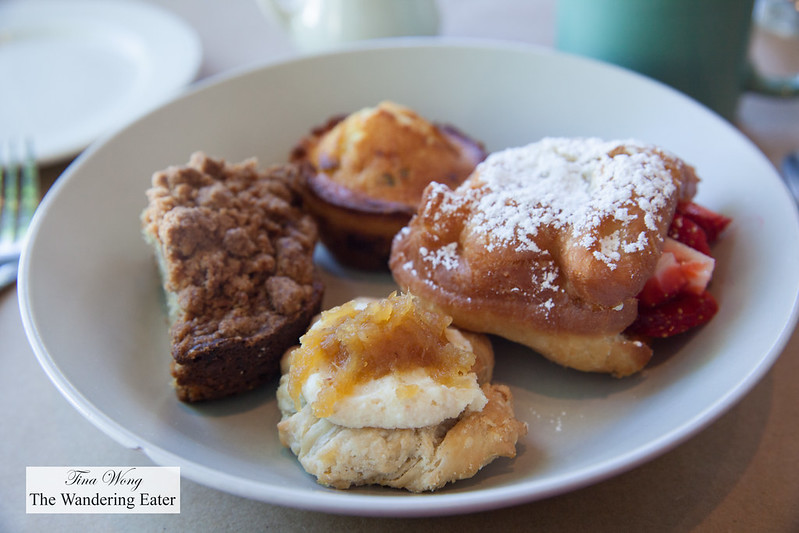 It’s relatively rare that I start brunch with sweets but when my waiter mentioned to me their pastry basket ($6) is filled with housemade pistachio coffee cake, pineapple danish, jalapeño cheddar cornbread and strawberry stuffed doughnut, I had to order one. Just because of that doughnut.

From my casual observation of the doughnut scene in Atlanta, stuffing fresh fruit in the doughnut is a thing (this is nonexistent in New York City hence my acute curiosity). The strawberry doughnut was arguably the best I had in Atlanta. Beignet-like in texture and flavor (fluffy, not sweet and more doughy flavor than yeasted doughnut), filled with sweet, light whipped cream and filled with sliced, ripened strawberries.

The other items in the basket were perfectly fine. The coffeecake was dense and moist with a wonderful pistachio flavor. The pineapple danish was tasty and not but the pastry’s texture was a bit too dense. The cornbread was delicious. Not too dense and good balance of flavors of spice and sharp cheese. 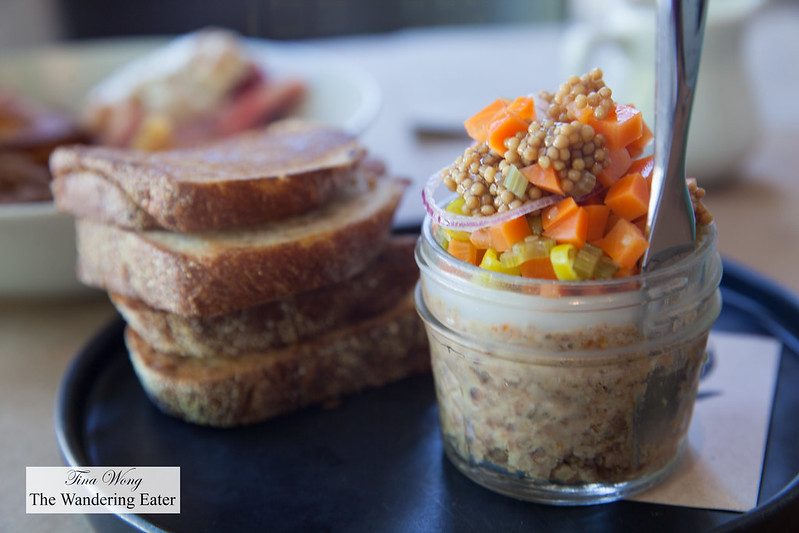 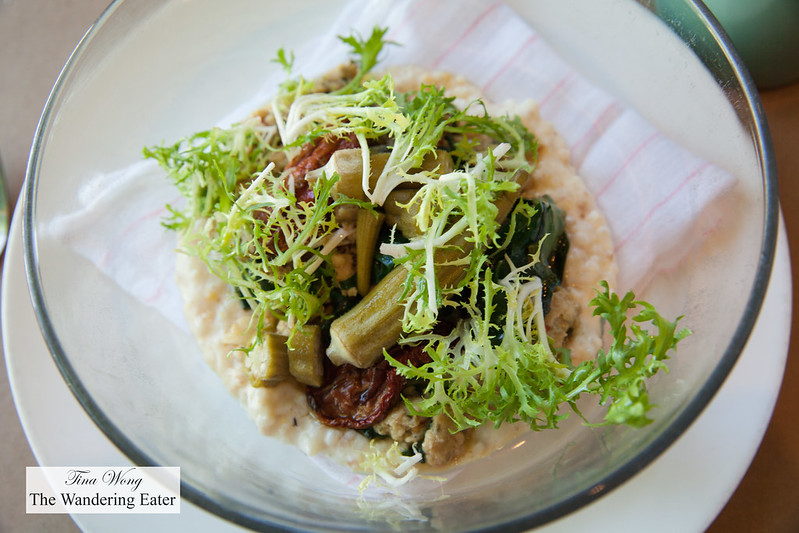 The dish that really astounded me was my main course of line-caught catfish sausage, fermented lemon, pickled okra, dandelion, and grits ($17). The catfish sausage were freeform patties and it tasted amazing. Flavorful, herbaceous perfectly seasoned and its texture was light. The supporting elements of sundried tomoatoes, fermented lemon and pickled okra brightened up the dish further and provide some needed texture. The creamy grits was a great vehicle for all of these flavors.

Service was attentive but casual and friendly. The food was great and I would come back to have another meal there next time I come back to Atlanta.