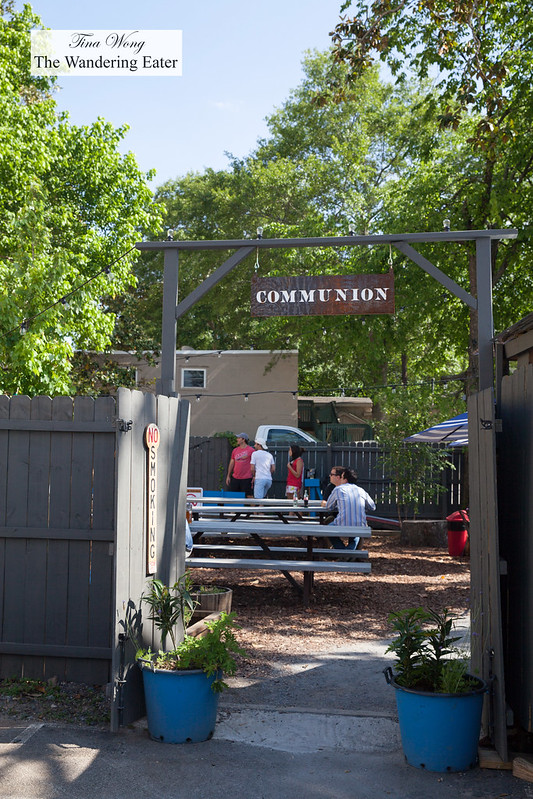 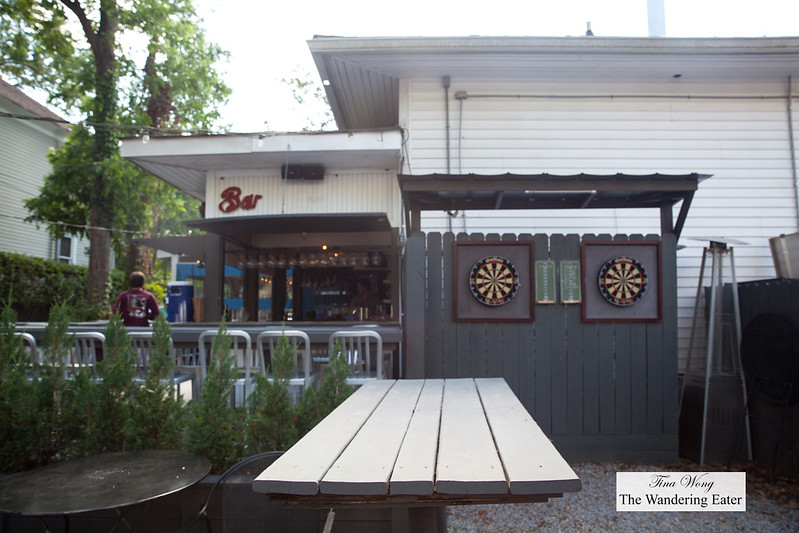 Communion is a new backyard addition to Revival. This is a very casual, open-air space where you could bring your family to hangout over craft beers and German beer garden snacks from their red food truck located on the back. 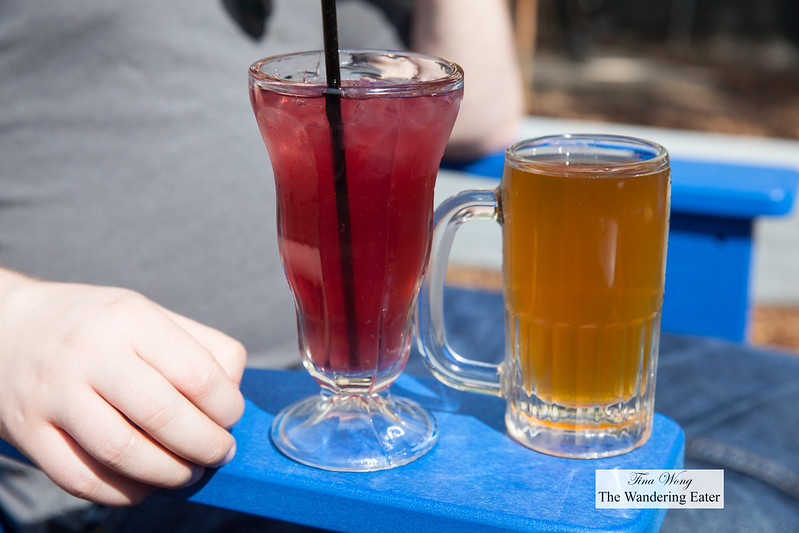 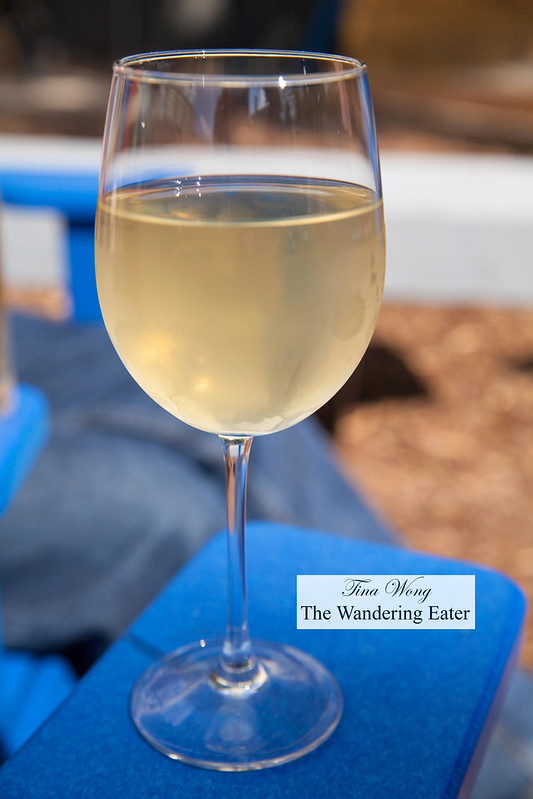 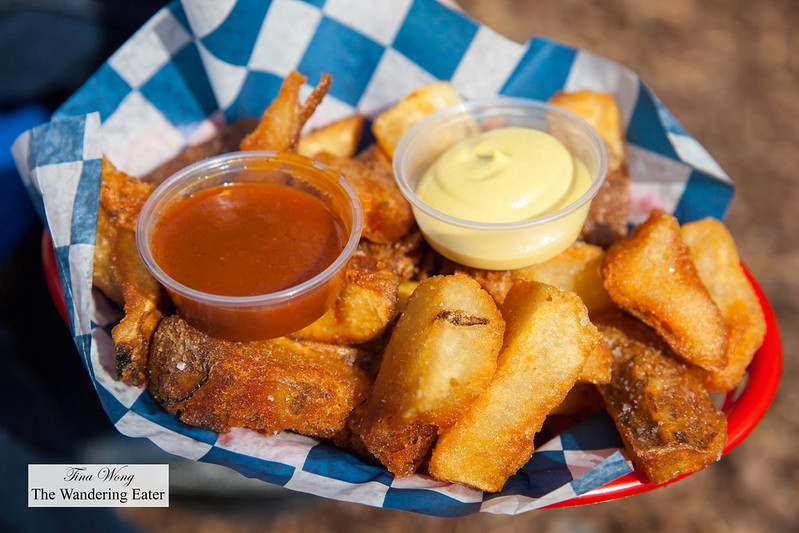 When you first enter Communion, you would have to purchase tokens in order to purchase food and beverages, along with renting time for games like horseshoes and darts.

We used our tokens for drinks (a bit too sweet sangria, an excellent refreshing craft beer that had flavors of Asian pear, and a very crisp Grüner Veltliner that’s great sipping while in the warm sun) and beef fat fries as a prelude to our dinner.

The fries were surprisingly good. Usually when I think of fries, it tends to be a forgotten side dish. However, these fries were very thick cut but had great flavor and crispy, dark golden brown exterior from frying in beef fat as well as having a fluffy, creamy potato interior. A good hit of salt to season. The dipping sauces of a spicy, creamy mustard and tangy barbecue sauce were both great for this hefty fry. 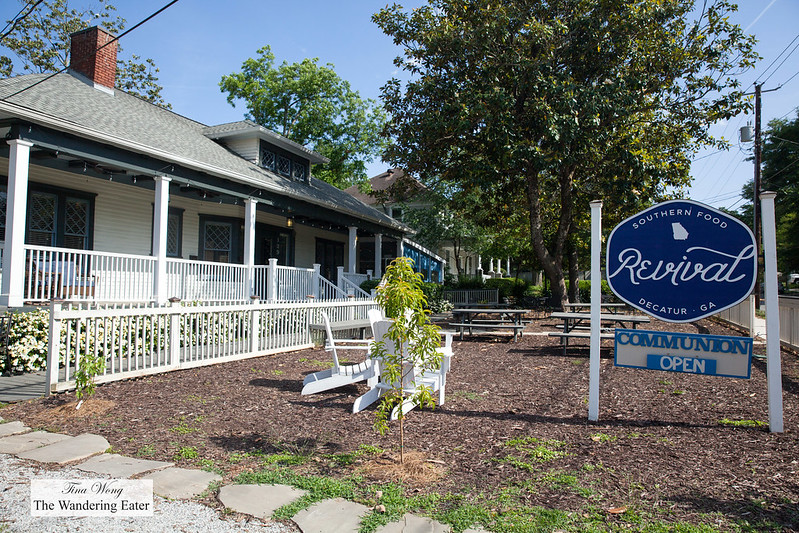 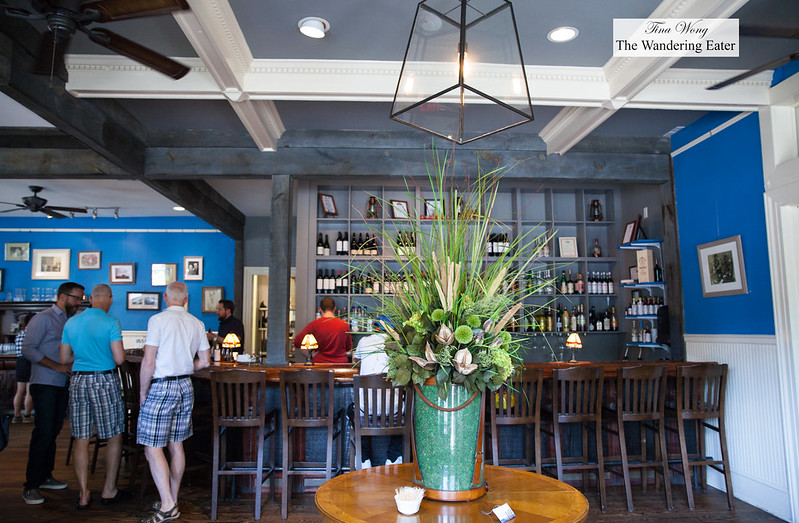 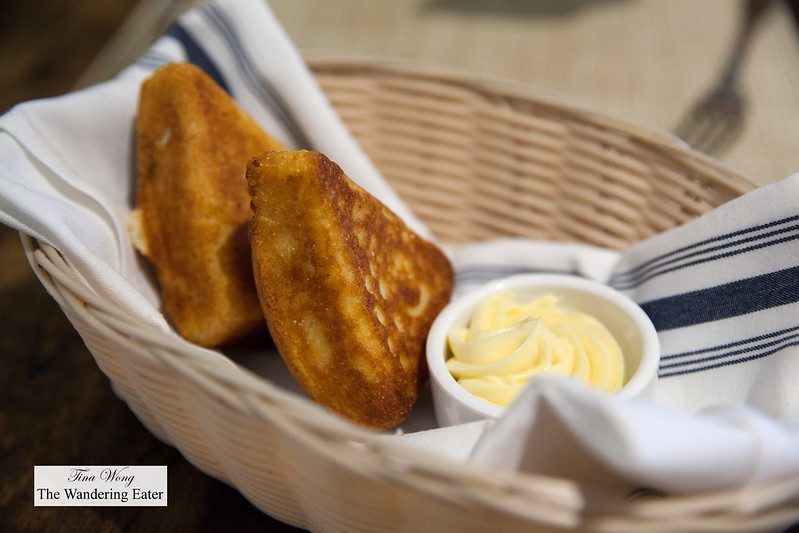 Dinner at Revival was pretty much what I generally had in mind as traditional American Southern food. The restaurant looks and feels like I’m in a fancy Southern grandmother’s home. (If you peer into the semi-open areas of the kitchen, you might see shelves neatly stacked of tubs of Crisco, cornstarch and brown sugar (pantry staples for most Southern desserts)).

The menu here are traditional southern supper fare (that is seasonally and locally focused) that has Chef Kevin Gillespie’s family traditions. There are two menus – one is served family-style and the other is a la carte. 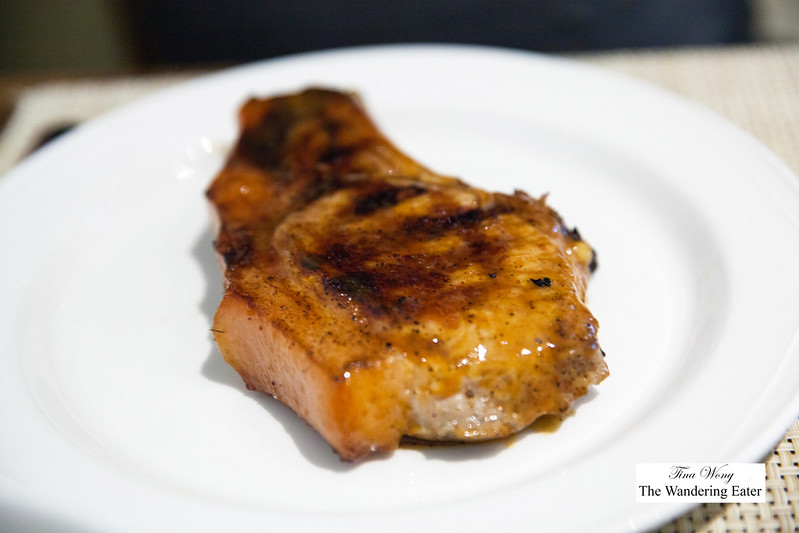 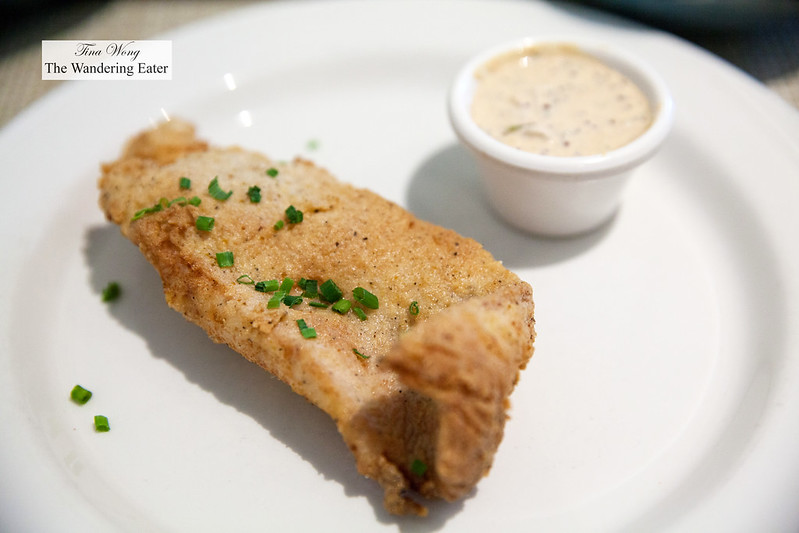 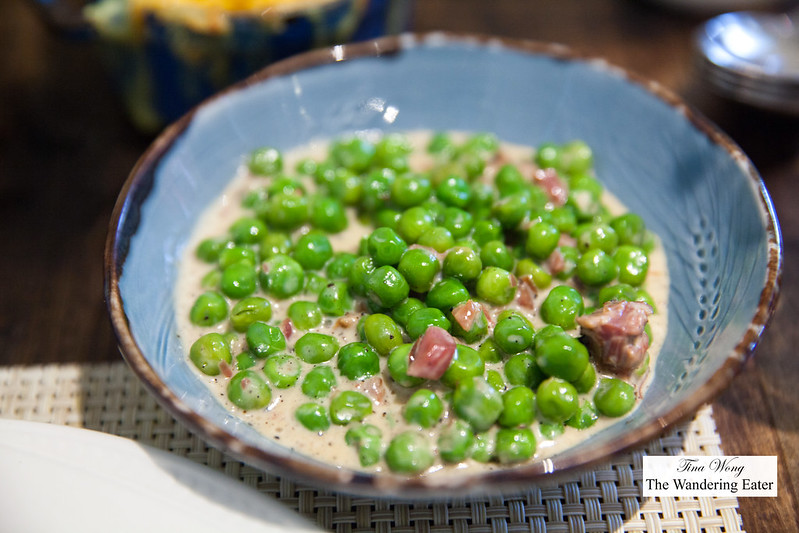 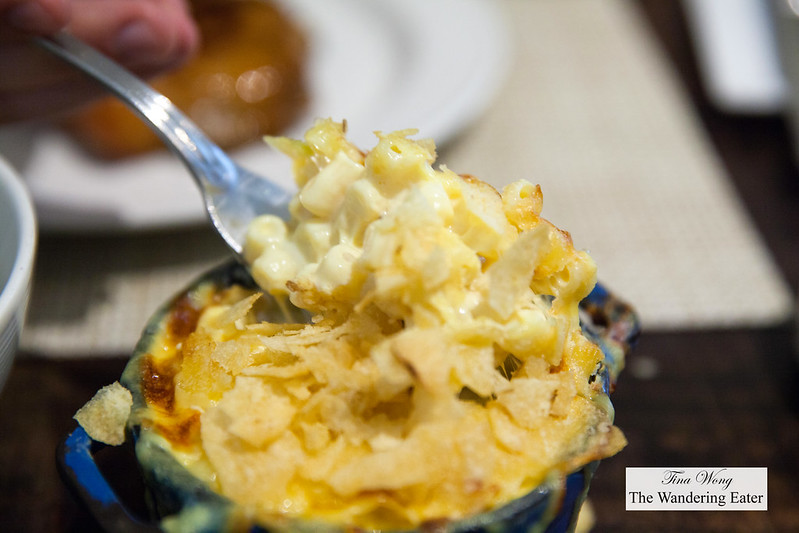 Our plates of food were pretty straightforward without the artistic chef-y plating and it’s perfectly fine with me since they were simply delicious. The pork chop ($22) was nicely tender with just enough chew and gristle to feel substantial. The fried catfish ($13) was delicately crisp from the cornmeal and doesn’t have any muddy flavors usually found in this fish. The sides were wonderfully executed, especially the peas and country ham, collard greens, and the gooey mac & cheese topped with potato chips. The latter got my attention just because it has low brow touches of Velveeta cheese and the potato chip topping was a pretty ingenious idea to add salt and crunch to what would be a creamy, soft casserole.