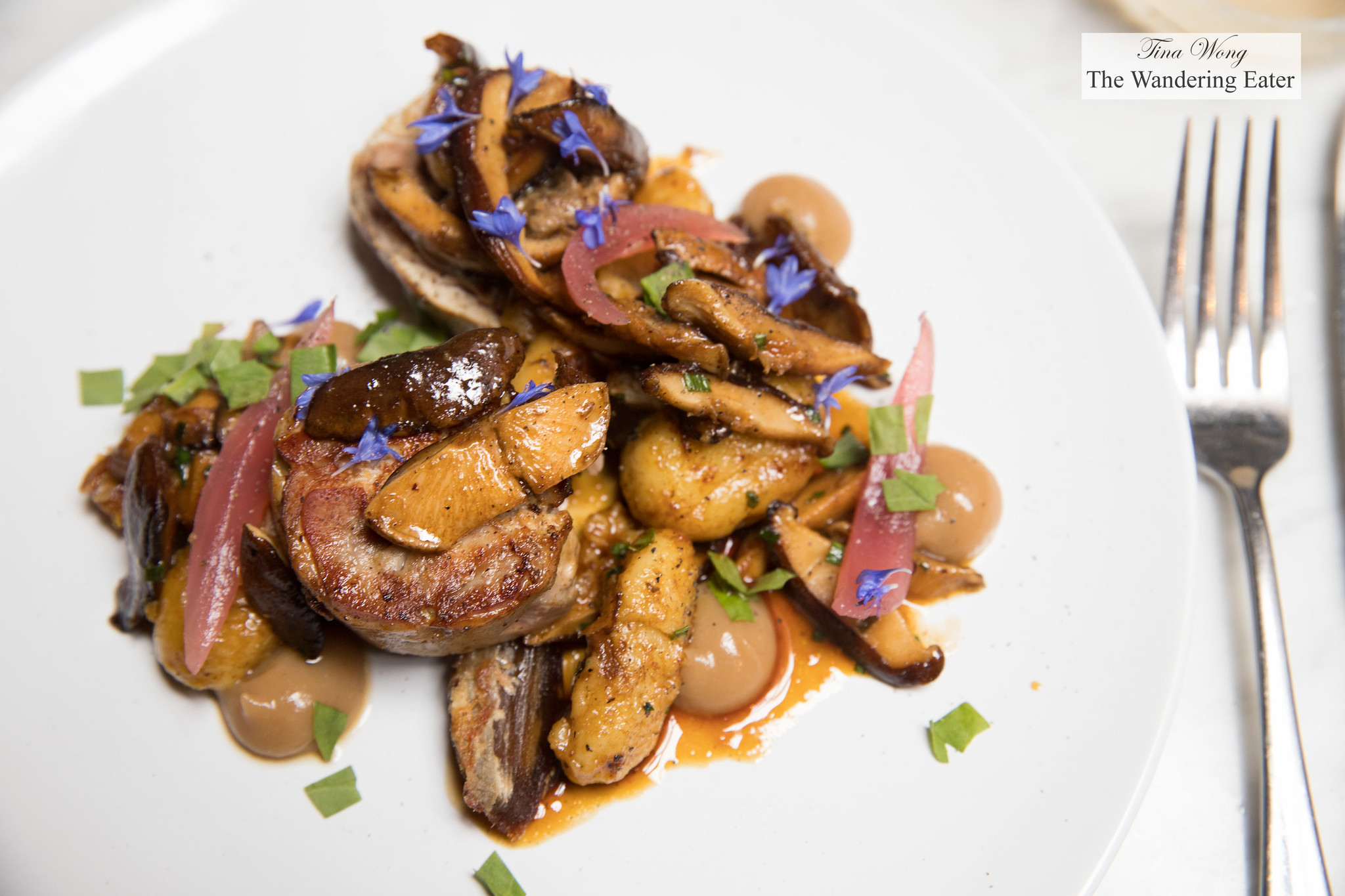 One of my lunches while I was in Montreal was at La Fabrique. It’s right on the popular Plateau/Mont Royal neighborhood and about a 12-minute brisk walk from my hotel.

During the weekday afternoons, La Fabrique serves brunch and a 2-course table d’hôte, a fixed price menu with an option for dessert that’s a la carte.

Their house made rhubarb and yuzu had a pastel soft pink color with the gentle tartness of the rhubarb with a vibrant zing of the yuzu. The herbed cream to spread on the warm toasts were delicious and I had a hard time stopping to eat that savory cream.

The appetizer of beef tartare, watermelon, coriander, bonito, shallot, Tabasco and a side of house made fennel bread stick was tasty. The small cubes of watermelon almost mimicked the texture of the silky beef but with a subtle crunch. The spicy notes from the fresh jalapeno and Tabasco sauce punched up the flavors. The bread stick was a nice addition but it would have been better if it was crisper so there’s textural contrast to the tartare.

When I saw quail, sweetbreads, gnocchi, bean, Medjool dates, mashed rhubarb, and shiitake mushrooms listed on that menu, I needed to have it because I adore quail and sweetbreads. What made it interesting was the sweet Medjool dates that softened up by the sauce it’s cooked in so it almost had the texture of the chewy gnocchi except it added the earthy sweetness to the dish. It’s really tasty even though it’s not necessarily a summer dish. The quail was cooked and seasoned nicely and the sweetbreads were silky and beautifully cooked as well.

Overall, this is a great place to have lunch if you wanted some relaxation from the pace of the city. The food is solidly good and the service was attentive and the meal was paced out nicely.