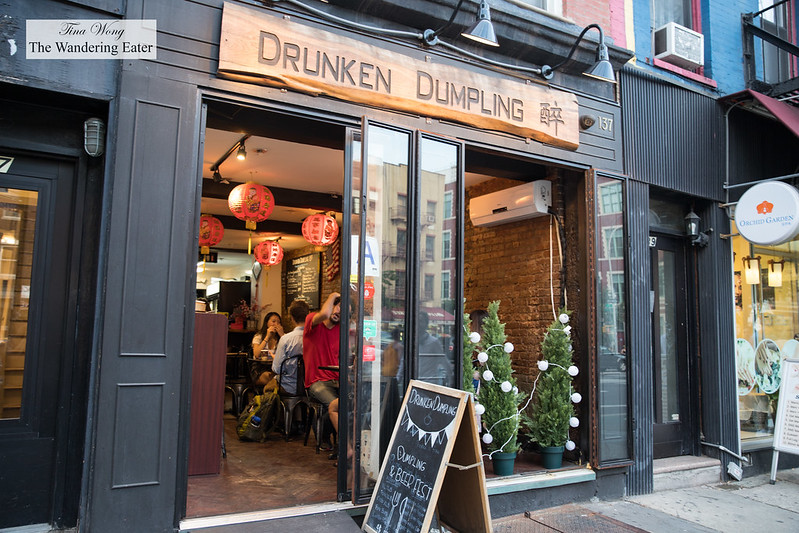 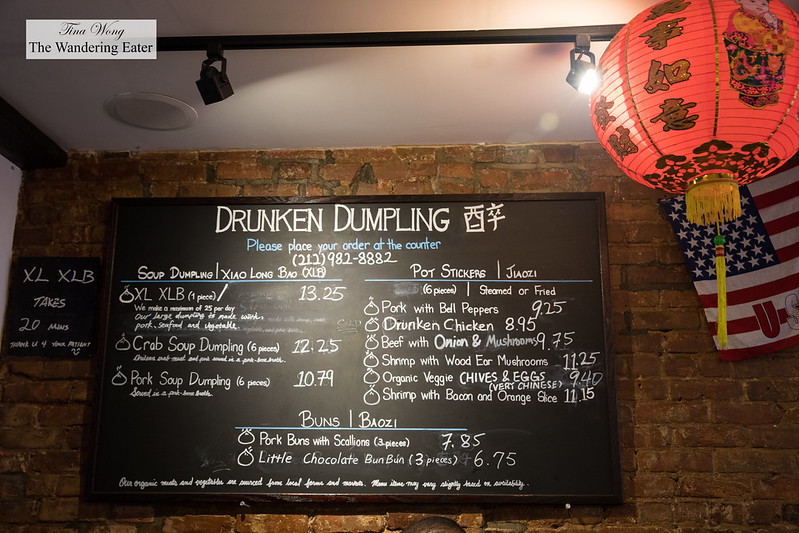 One of the few restaurant niches that fares well in New York City are Chinese-style dumplings. One of particular fast-casual restaurant that is Instagram-famous particularly for its giant soup dumpling is Drunken Dumpling that is a mother-and-son operation in the East Village. 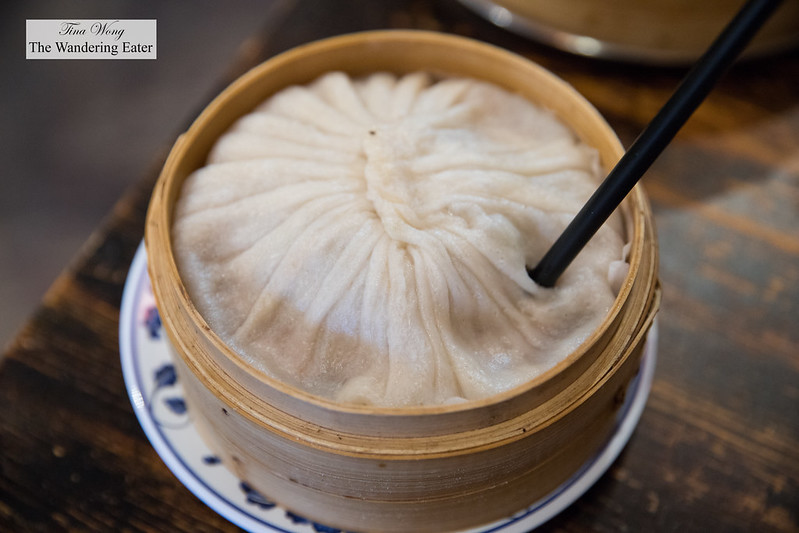 I should preface that I had this original street snack of the giant xiao long bao (xlb) in Shanghai, China about three years ago — and I was disappointed. The tepid soup flavorless (barely salted water with a hint of pork) and there wasn’t much of a filling besides probably a tablespoon of meat filling and a thick doughy skin that wasn’t appetizing in any form. I had some doubts for the mentioned dumpling but it is worth the hype. We were warned by the waitress that this dumpling is very hot and when I poked that straw and sucked the soup, it scalded my mouth (deservedly so for ignoring the warning). The soup was very savory and delicious. When the dumpling’s skin is pried open, there is a burger-sized puck of meat and vegetable filling (mix of ground beef and pork with finely diced bell peppers, carrots and herbs). This xlb is a meal in itself for anyone were to eat this whole thing. 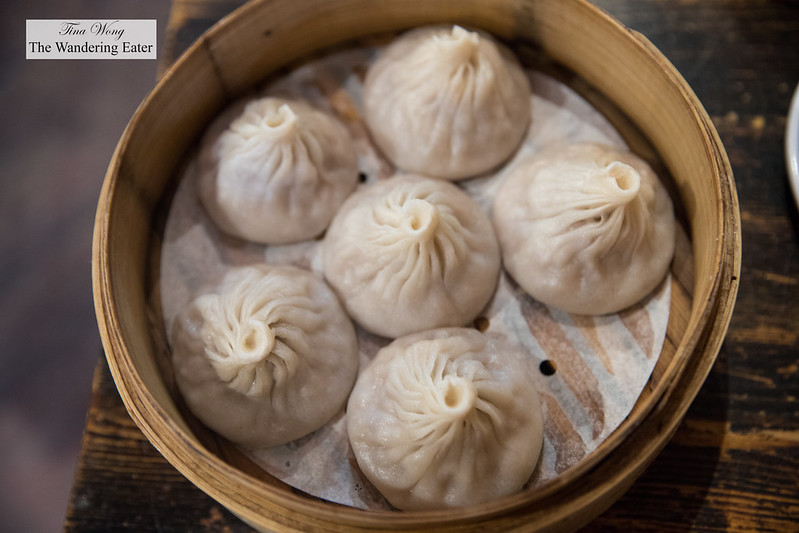 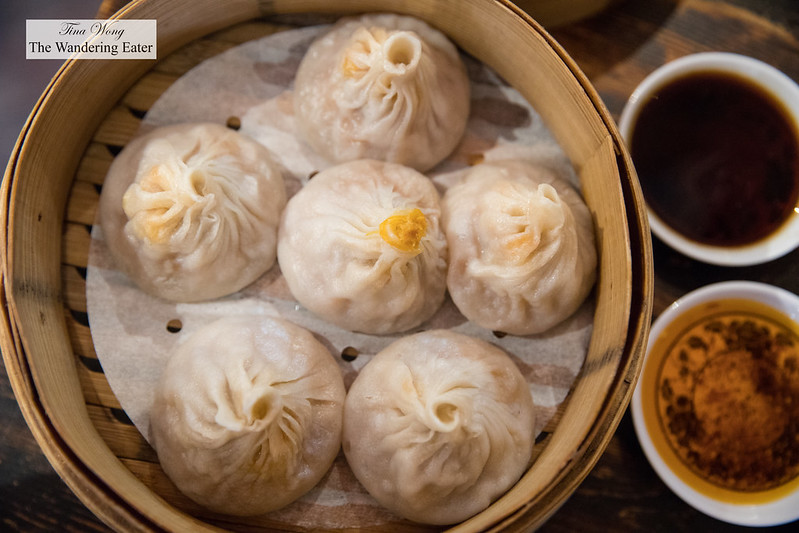 For the smaller or normal-sized xiao long bao (小籠包), they offer two flavors – pork and crab and pork. Both were good texturally – soup laden dumplings filled with a decent amount of mentioned fillings. Of the two in terms of flavor, I prefer the pork. The crab was fine but it’s not as prominently as I was expecting. 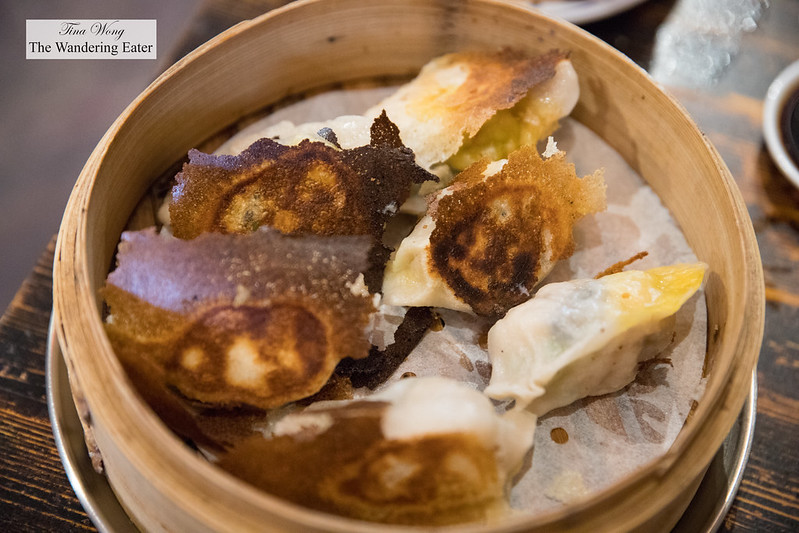 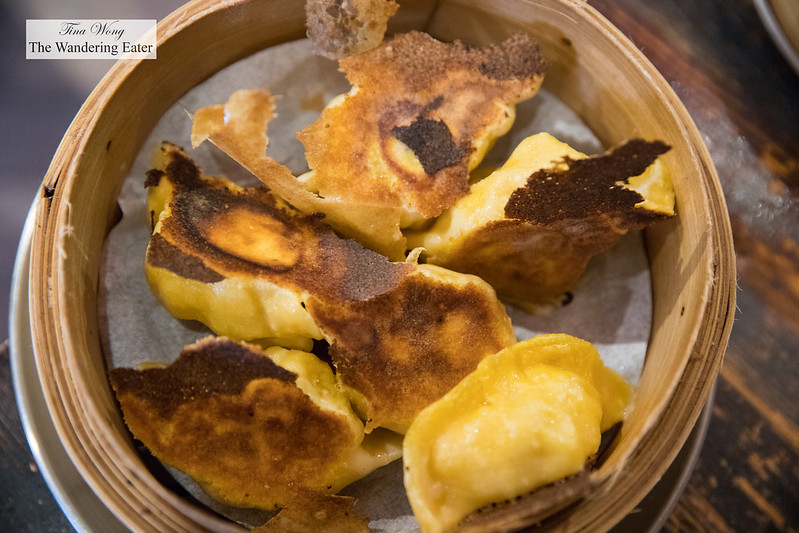 For the traditional jiaozi (餃子) were solid. There is an option of steamed or fried and when it comes to jiaozi, I adore fried because of the crispy skin meets with the juicy meat and vegetable filling. The two we had were shrimp and wood ear and shrimp, bacon and orange slice. Both were delicious and had great chewy texture from the large chunks of shrimp for both fillings. If you wanted a cleaner flavor of shrimp, the wood ear mushroom is better. The bacon and orange slice version was tasty but you’d get the smoky bacon’s flavor more. 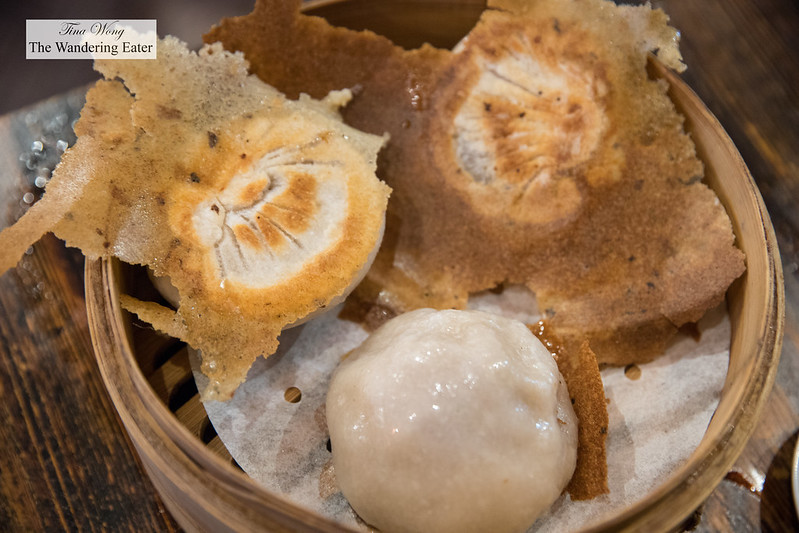 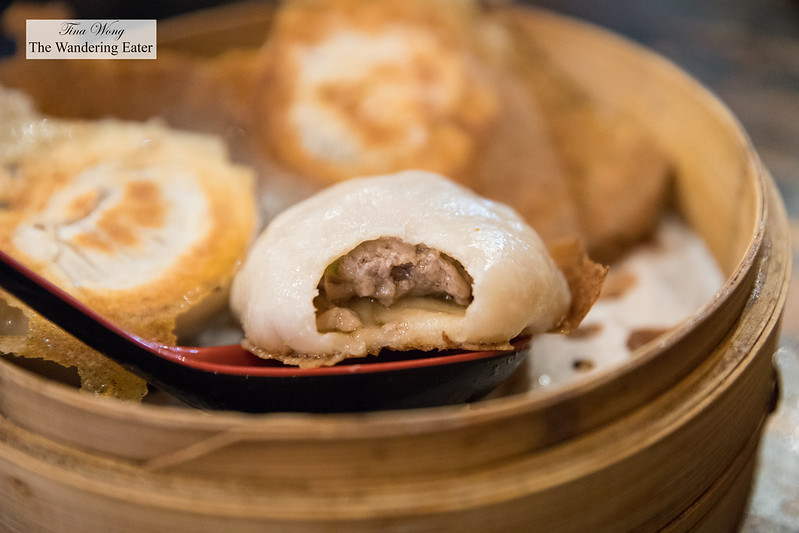 Pork buns with scallions baozi (包子) were unexpectedly good. Frankly, I thought the kitchen would change the dough since baozi is technically a fluffy, cake-like yeast bun. However, it’s about the same dough as the other dumplings but thicker. In all, it’s a smooth, chewy skin that reveals an incredibly juicy filling with a good ratio of ground pork, scallions and ginger.

It’s a very good restaurant that specializes on dumplings in three forms and for a casual meal out. The food is fresh and very tasty. Service is courteous and does its best when you really have one front of the house staff taking the order and expediting it to the tables accordingly.