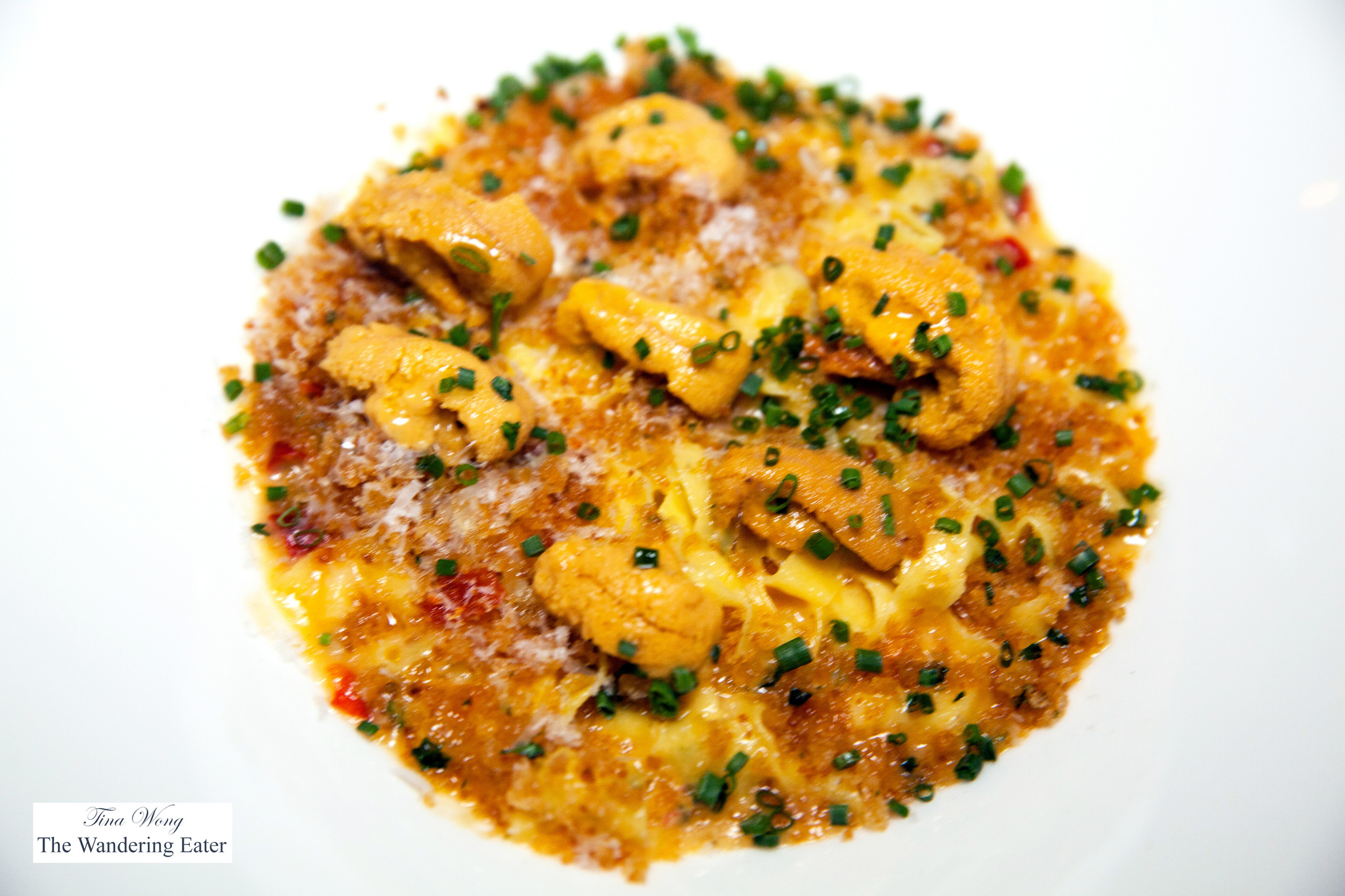 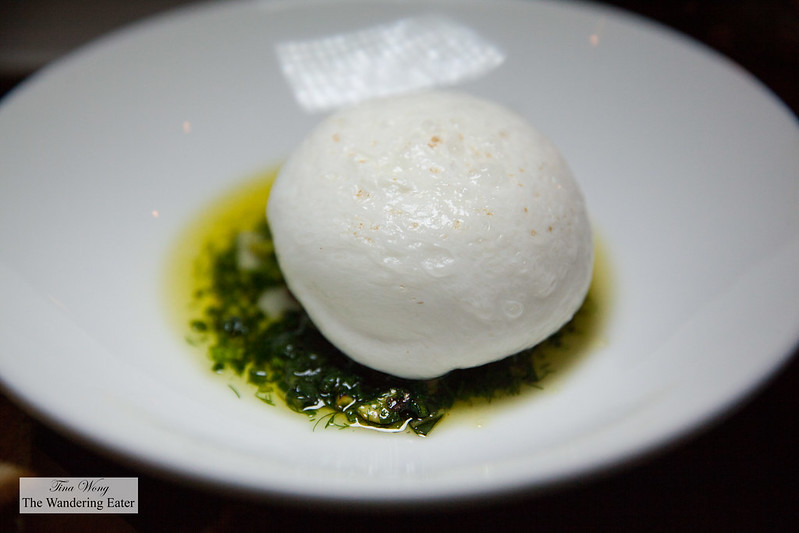 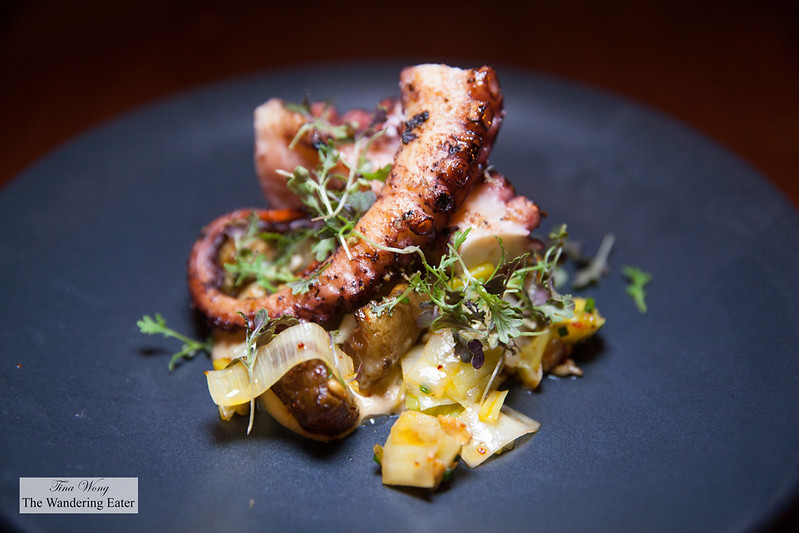 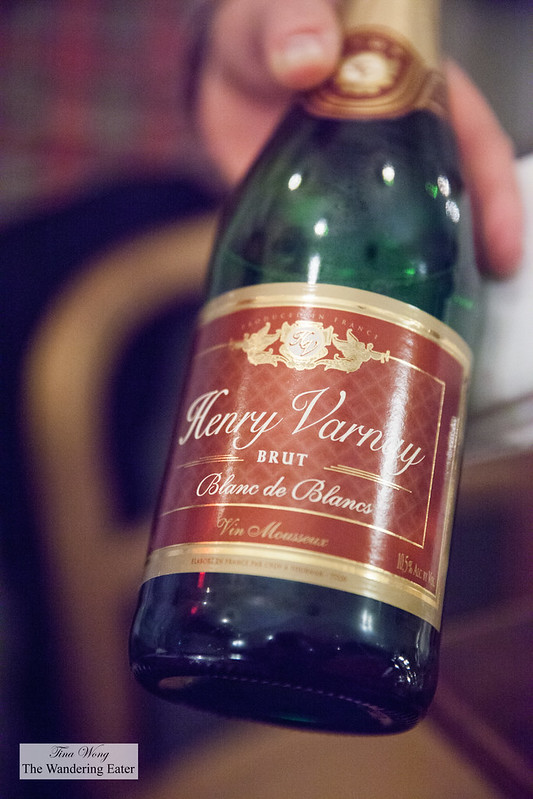 Virginia’s is located in the far east side of East Village that serves a tightly edited menu that showcases eclectic American cuisine and their cocktail program is strong. The look is old-world bistro (marble bar, smoked mirrors, tan banquettes, vintage restaurant menus) and it feels like an elegantly easygoing neighborhood restaurant.

We started out with a Maplebrook Farms Burrata that’s set on a pistachio, salsa verde spiked with yuzu kosho and a glass of Henry Varnay Ugni Blanc Brut, Loire NV. The burrata was fresh and it had good flavors but it lacked the unctuous creamy center that’s expected in a burrata. We did like the salsa verde and spicy yuzu kosho combination to go with the cheese. The wine was a very nice blanc de blanc that’s fresh, vibrant wine offering that has a toasty and delicate notes.

The grilled Spanish octopus with sunchokes, smoked sunflower seeds and leeks were a tasty combination but the octopus was a little bit too chewy. 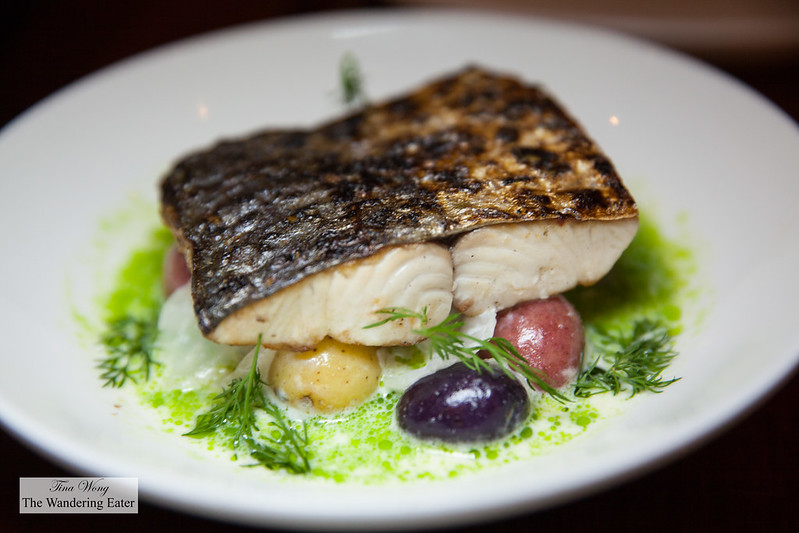 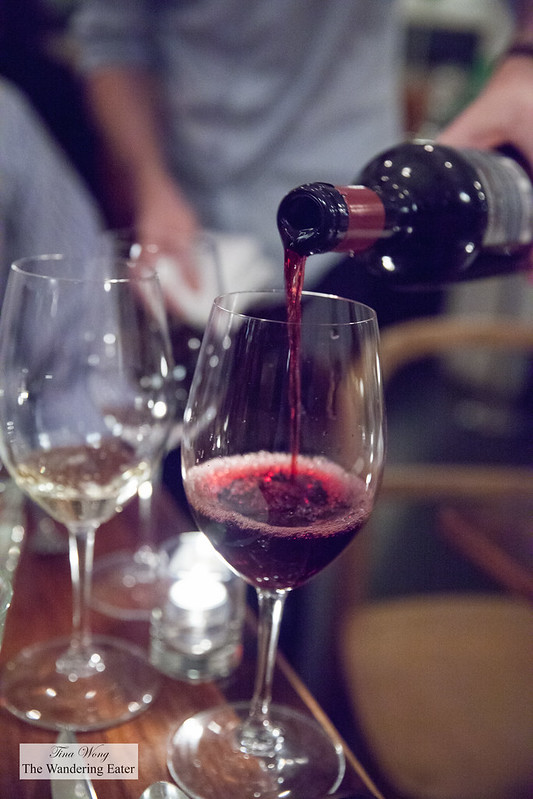 The grilled Spanish mackerel with marble potatoes, cabbage and garlic cream was a great dish. The dish is in perfect harmony between the oiliness of the fish and it doesn’t feel too heavy with the garlic cream sauce.

We had a superb glass of Mandrarossa Costa Dune Nero D’Avola, Sicilia 2014 that was great to sip on its own with its aromas of plums and dark cherries and soft tannins. If drank with the mackerel, it’s not the perfect pairing but it works. 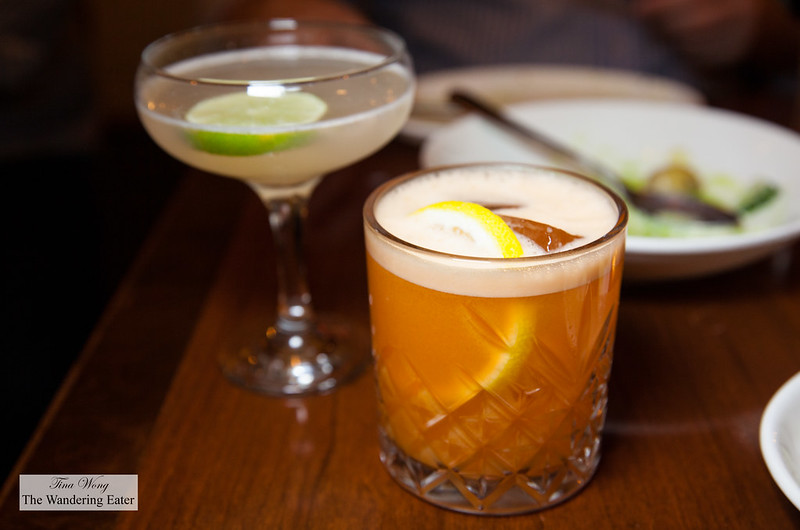 We have hijacked the idea of having a wine pairing for the rest of the meal by having cocktails. Honestly, we didn’t regret that move. Their cocktail program seems pretty darn strong based on the two drinks we had that is modern (Silly Wabbit) and classic (Hemingway Daiquiri). The Silly Wabbit is a brilliant drink made of Ford’s Gin, cumin-infused carrot juice and finished with a cardamom-clove syrup. It’s oddly a universal drink to pair with various savory dishes we had like the chicken breast and the tagliatelle pasta. The Hemingway daiquiri was a perfectly made classic cocktail that was refreshing and not sweet at all. 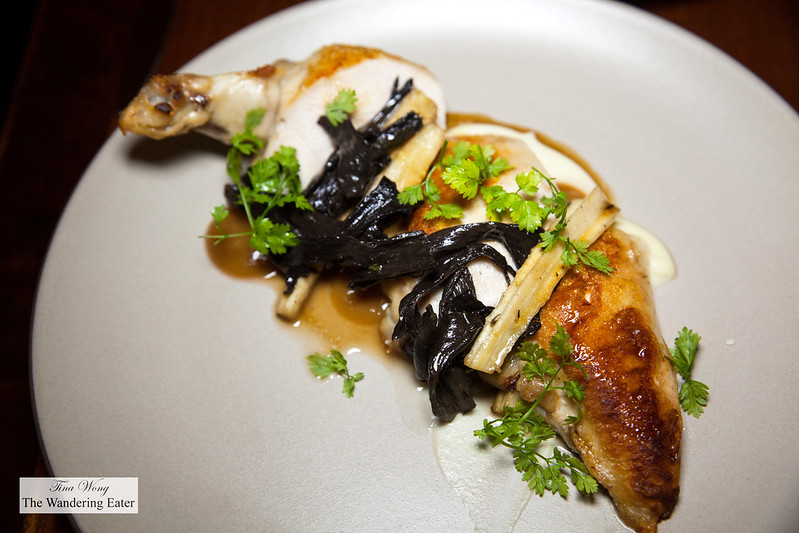 The roast Amish chicken breast, topped with black trumpet mushrooms, parsnips, and pickled golden raisins was good. The chicken breast was still juicy and tender. Interestingly, while the dish’s flavors veer toward sweet (raisins and roast parsnips), it manages to not be cloying. 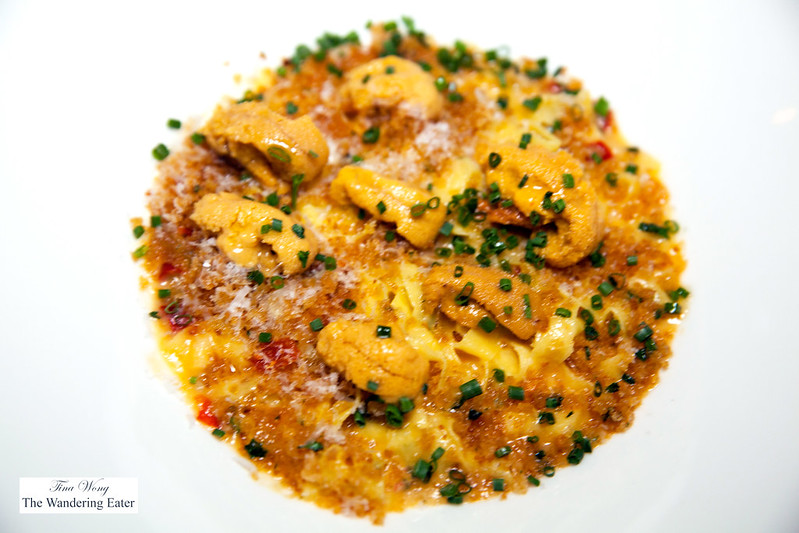 The house made tagliatelle with chipotle, Jonah Crab and Maine sea urchin was the best dish we had that night. (And it’s the best uni pasta I’ve had in recent memory.) It’s incredibly delicious and flavorful with the smoky chipotle peppers, the sweet crab meat and silky uni. The crunchy breadcrumbs added some needed texture. 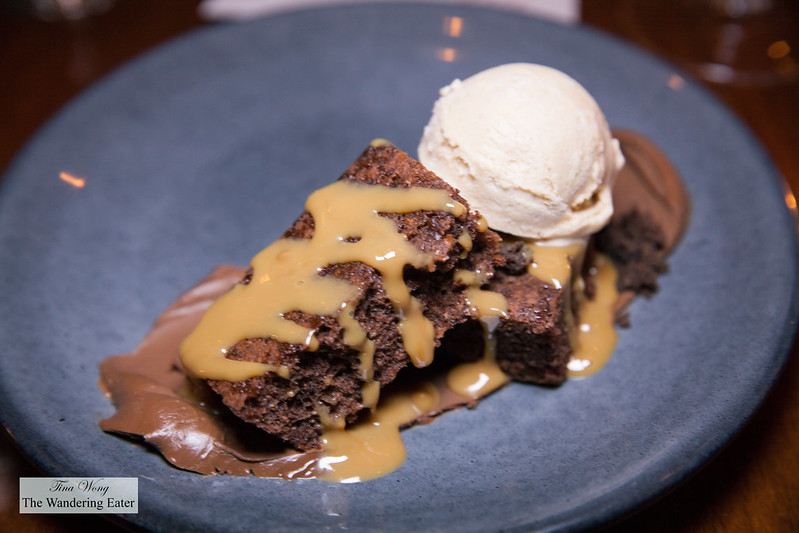 We had dessert of the almond chocolate financier topped with drizzles of dulce de leche and cinnamon ice cream. The dessert was fine and it had a good cinnamon flavor.