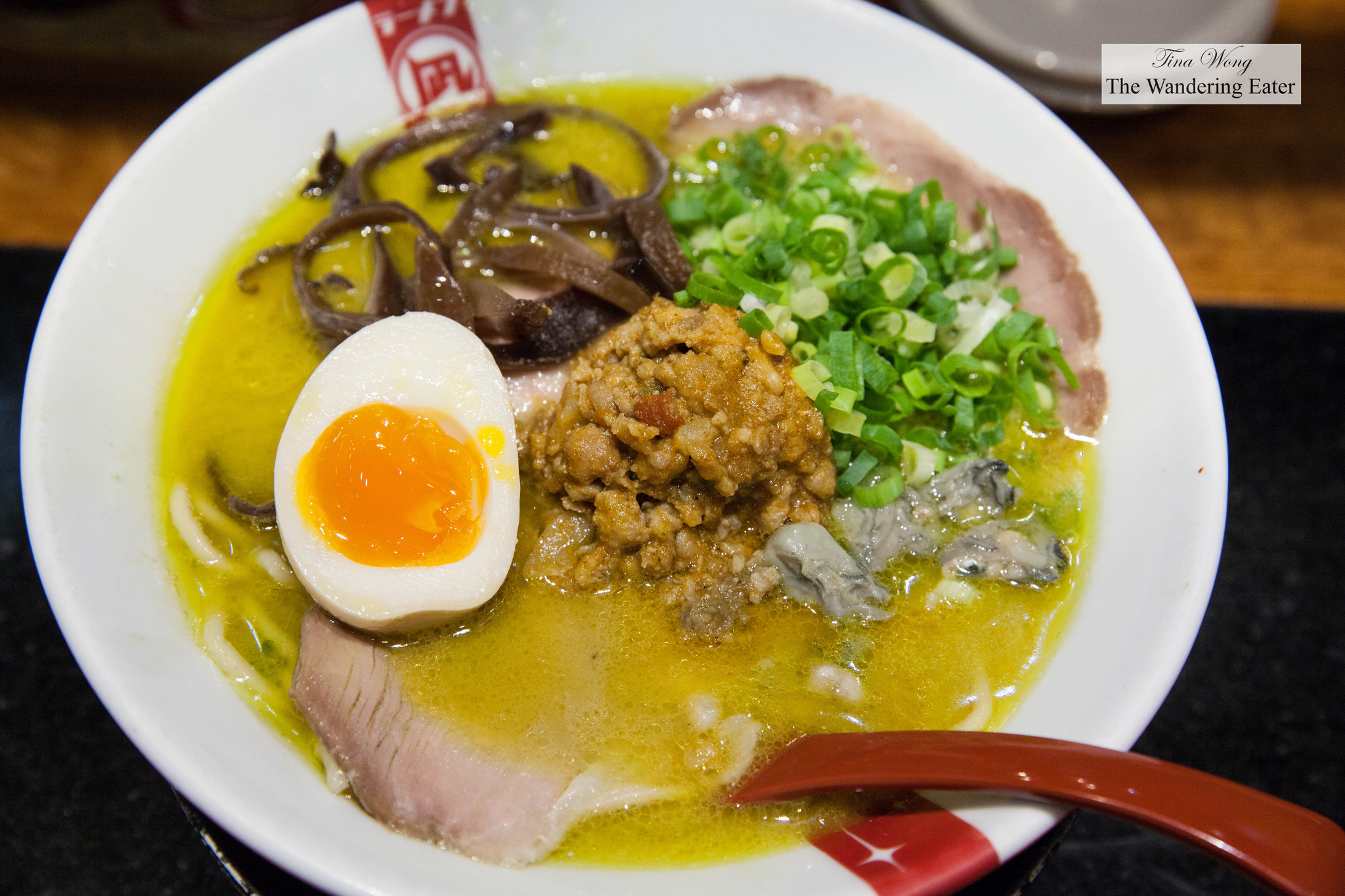 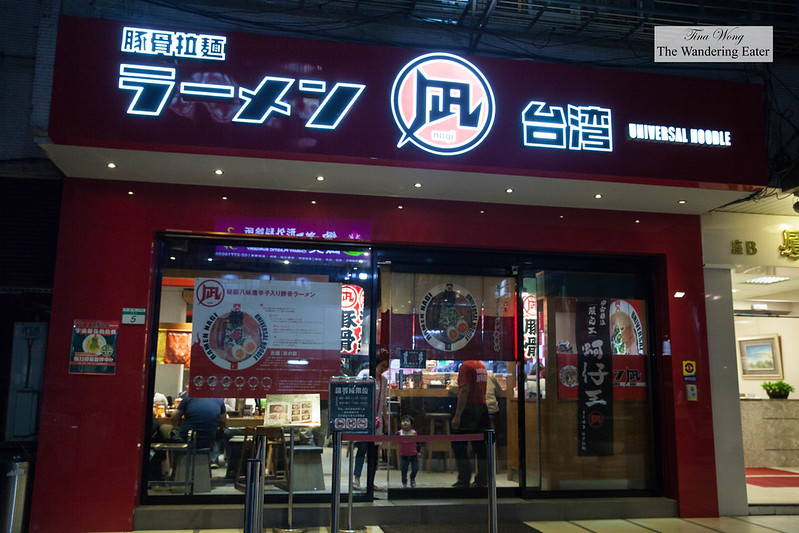 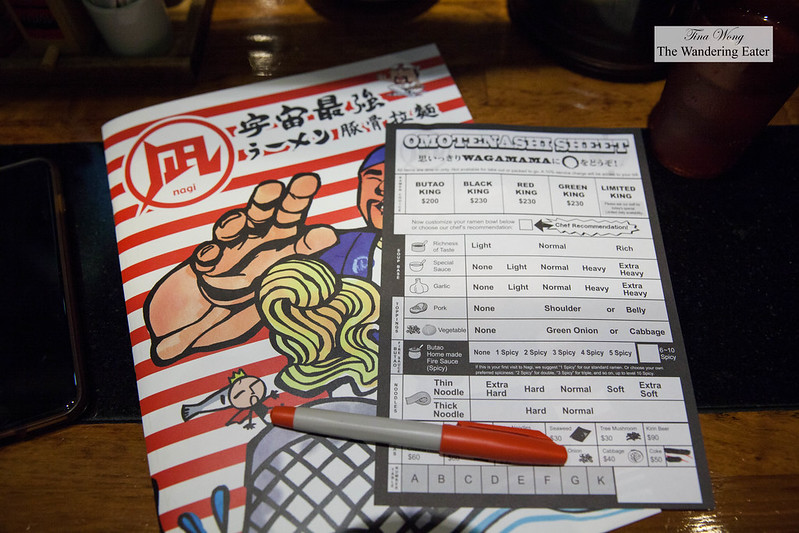 Taipei has an abundance of soup and noodle shops but once in a while I do crave a good bowl ramen and based on what I’ve heard from friends, Universal Noodle Ramen Nagi

Nagi quickly became one of the most popular Japanese ramen chains in Taipei. They offer more customization than other ramen restaurants by giving their customers a menu where their personal, desired choices can be circled. They offer four different pork soup bases and a fifth limited soup base that changes weekly. Their four pork soup bases are: Butao King (豚王): award winning tonkotsu pork broth prepared in the traditional method; Red King (赤王): spicy chili oil and garlic with barbecued pork, topped by a miso-infused, minced pork ball with cayenne on top; Black King (黑王): black squid ink in a garlic and pork velvety broth with barbecued pork, topped by a minced pork ball infused with black sesame and Nagi spices; Green King (翠王): a mix of fresh basil, olive oil, and barbecued pork in the tonkotsu pork broth with grated Parmesan cheese.

The ordering process was easy – each person receives an order sheet to personalize her own bowl of ramen. Choose the broth base flavor, customizing the richness of our broth, special sauce, toppings, spiciness, types of noodles and its firmness. If you don’t want to make all those trivial decisions, simply check the box “chef recommendation” and let the chef decide for you. 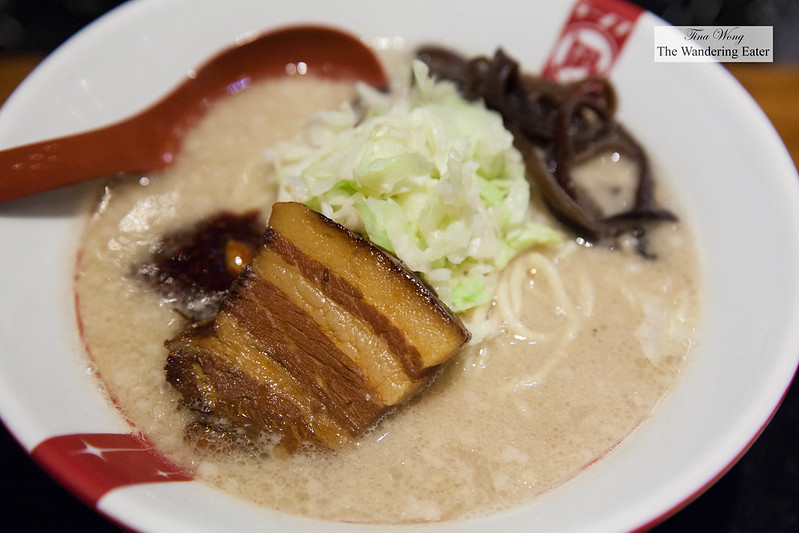 The Original King was a very good bowl of ramen. The creamy, milky white tonkotsu pork broth was rich and aromatic. By adding the ‘special sauce,’ it countered the greasiness of the broth. Accented with perfectly chewy noodles, meltingly tender pork belly, green onions and seaweed. 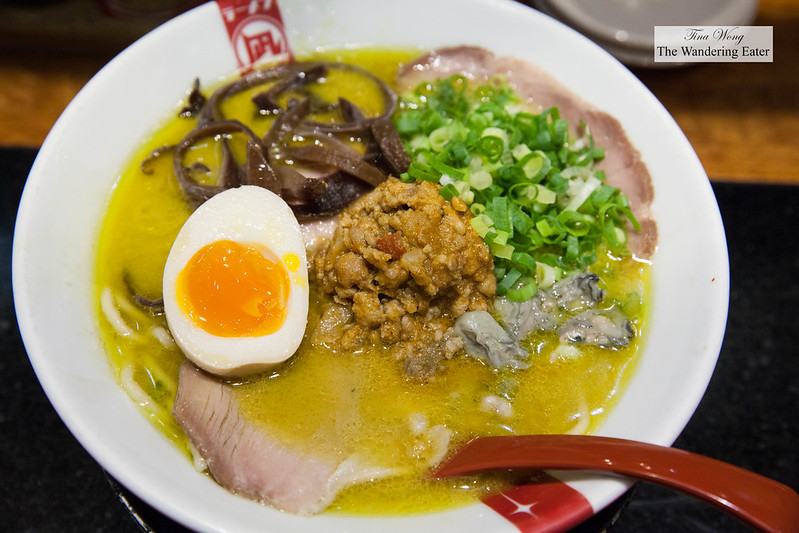 The evening’s special or Limited King was a rich broth made with baby oysters ramen topped with pork shoulder, julienne wood ear mushrooms and scallions. It’s a delicious, briny yet rich combination. I would never necessarily think of eating the two proteins together but it actually works in this bowl.

Nagi’s ramen is rich and robust food. The service is efficient yet friendly and willing to answer questions about the menu and combination suggestions.