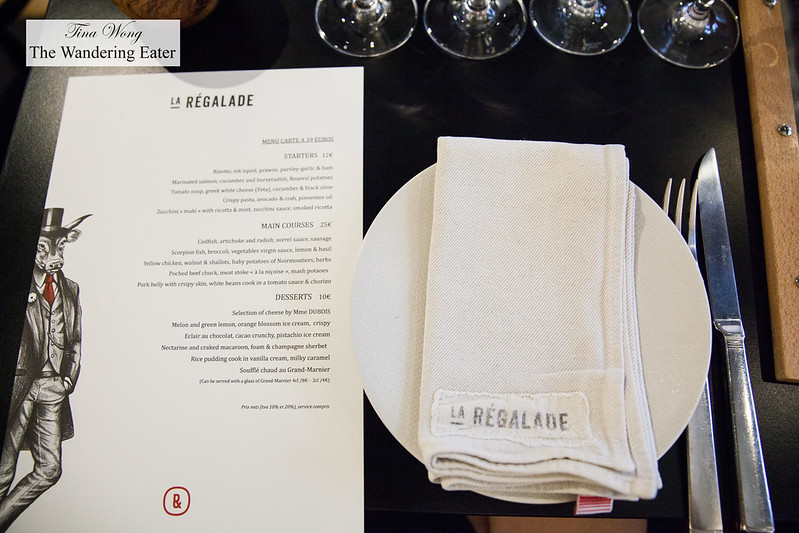 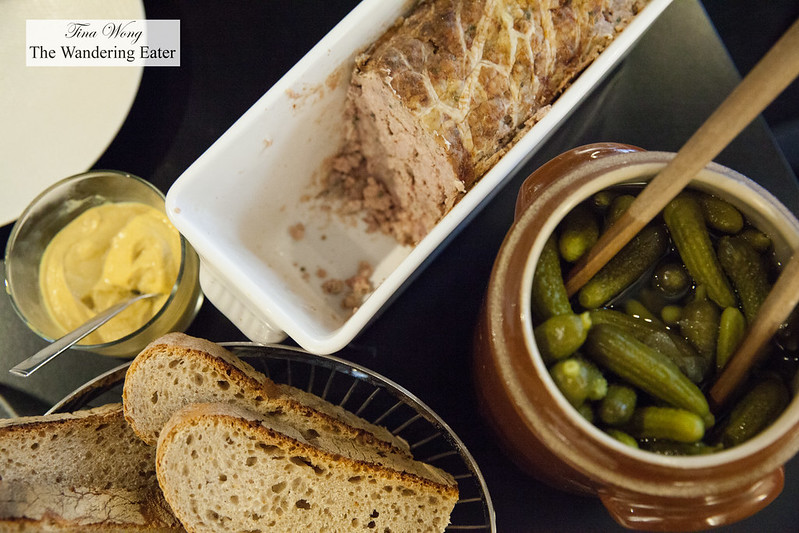 My recent trip to Paris, Monaco and Nice restaurants are mostly influenced by me but there were some input from my travel companion as well. Since it was his first time to Paris, he wanted to experience some rustic, mostly traditional French cuisine and La Régalade Saint Honore was one of them. This was on his radar since his parents (who are frequent travelers) ate here before and had a good dinner experience and because of the housemade terrine served instead of butter for your bread. For our purposes, this location was conveniently close to the Louvre and the famed (albeit touristy) Rue de Rivoli.

The house pork terrine was coarse ground and rustic but had a nice balance of offal flavors and spices. It’s much better with a slather of creamy Dijon mustard to add some spice and acidity to an otherwise earthy country bread and a few sharp bites of cornichons. Though my fault entirely, this felt like this was a course in itself and I was easily eating my way to fullness without even having the appetizer. 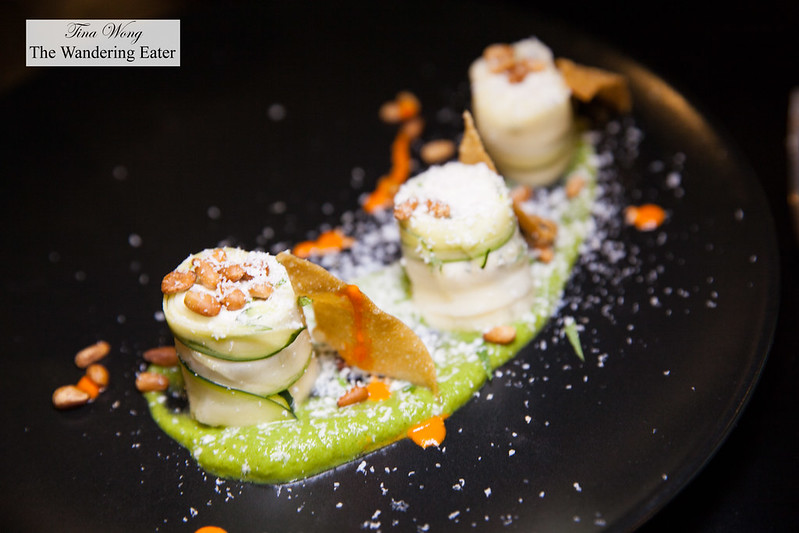 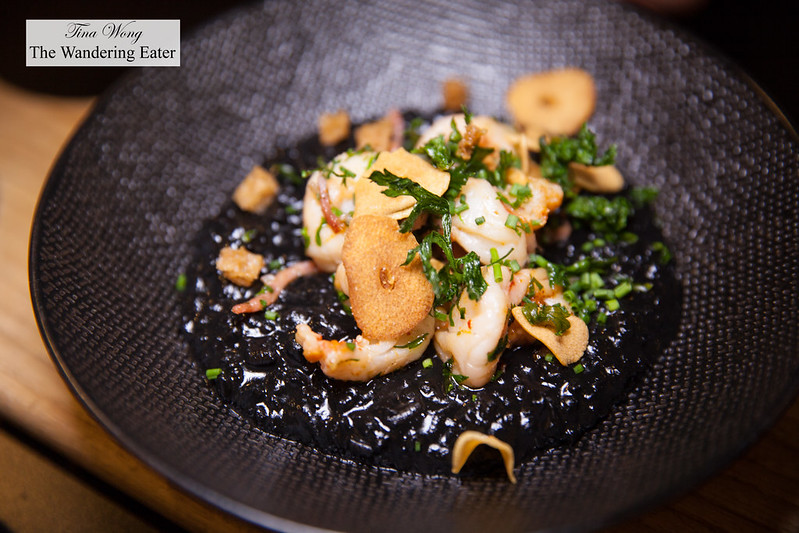 Since it was a very mild evening, I opted for the lighter sounding courses. My zucchini “maki” filled with ricotta, mint, zucchini sauce, and smoked ricotta was flavorful, light and in tuned with the late summer season. The toasted pine nuts were a smart touch to add a nutty, subtly sweet note. My friend’s squid ink risotto topped with prawns, parsley and fried garlic was delicious, briny and savory but the rice was a touch overcooked. 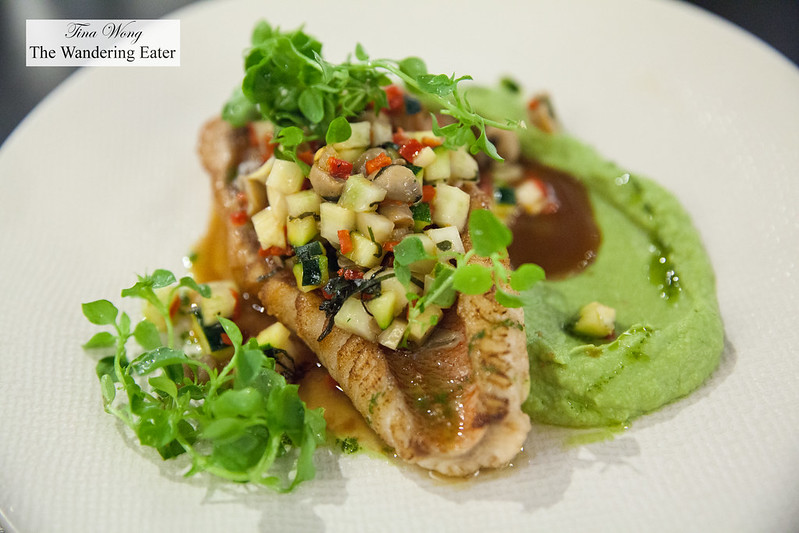 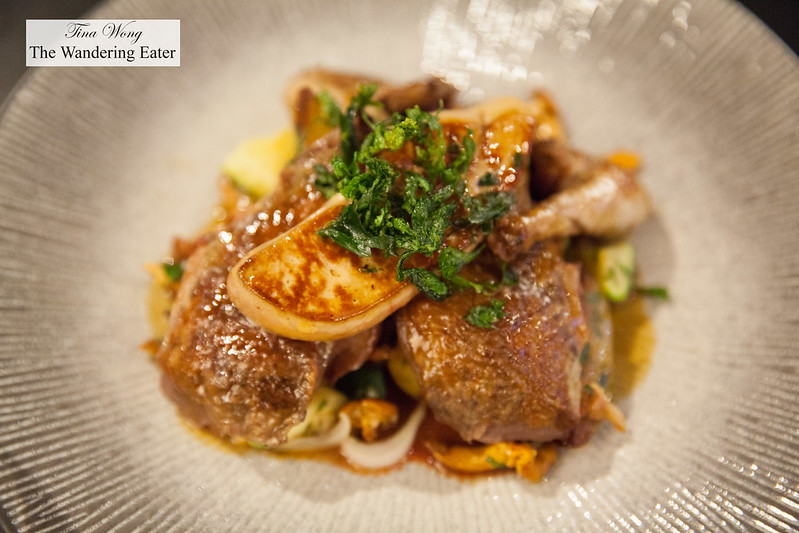 For our main course, my cod fish, artichoke, radish, sorrel sauce, and sausage was a hearty fish plate but it was very good. The fish was perfectly cooked and the lush green sorrel sauce added enough bitterness to make the dish interesting. My friend had one of the evening’s specials – roast quail with foie gras. This delicious dish did acknowledge the coming of autumn with the robust, heavier flavors of the tender game bird and the rich foie gras. 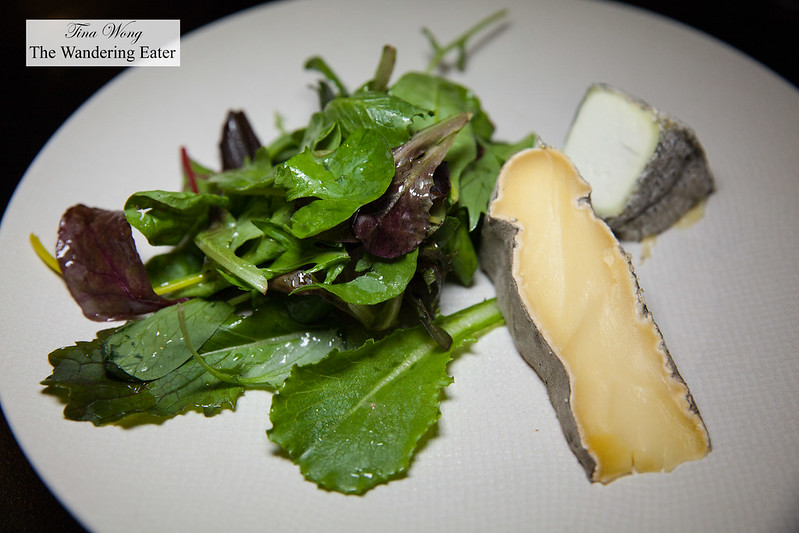 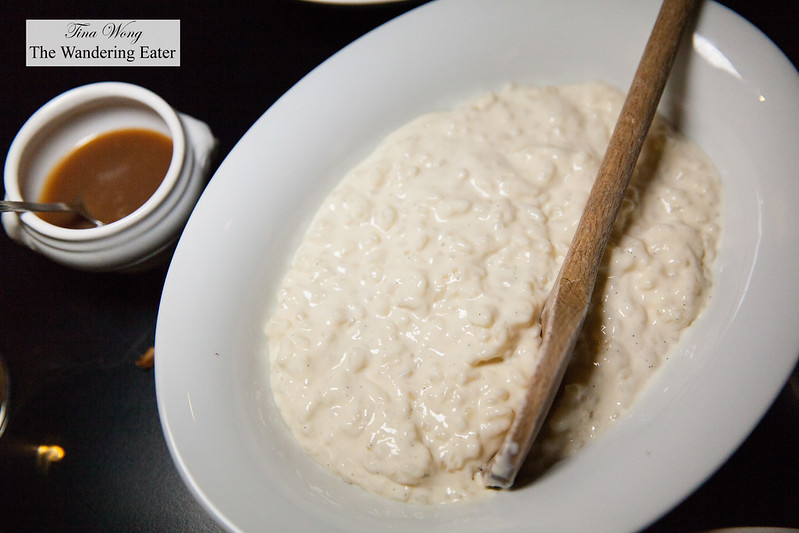 Closing on desserts, my friend chose the house specialty of baked rice pudding with caramel. What we didn’t anticipate was the huge serving bowl that probably taken up about a quarter of the table space. When it comes to rice pudding, it was never my favorite dessert to eat because the rice texture never really pleases me. However, the kitchen did a good job on the pudding; not too sweet and the rice was soft but not overcooked. The caramel sauce made the pudding so much better as it had a good balance of bitterness and salinity.

I stuck with cheese since we had a lot of sweets earlier that day. Their composed cheese plate (the cheeses are from a well known Parisian fromager Mmé Dubois) was a subtly nutty, silky Saint Nectaire and an amazing wedge of aged goat cheese that was dense and minerally.

This dinner hit a good note for our first evening in Europe. The food was tasty and wasn’t fussy. Service was good and for the non-French speakers, they can communicate in English.