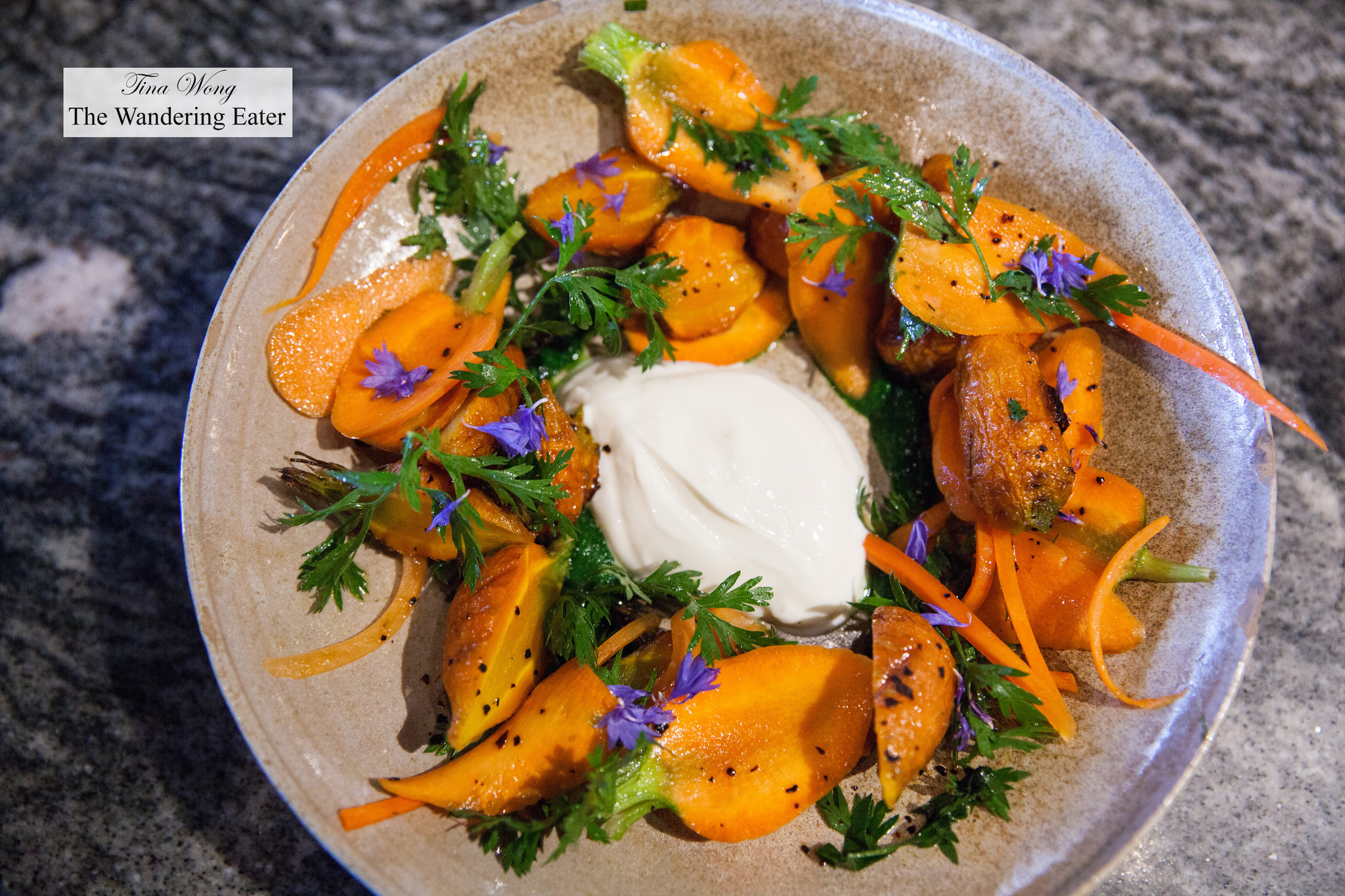 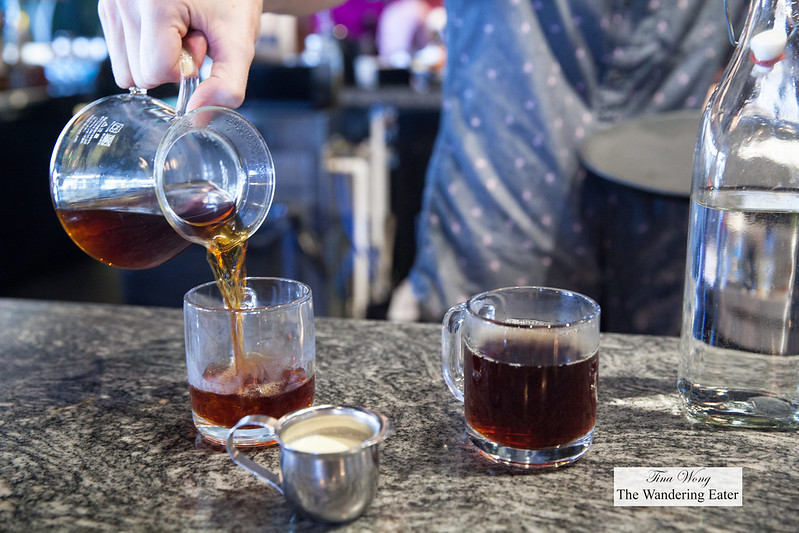 Empire State South was one of the restaurants B chose (from his an impressive restaurant list) to have brunch during our small window of time to meet up for brunch.

What was unexpected when our Uber dropped us off near the entrance of Empire State South was the unnamed large office or commercial building (I found out eventually it’s called Peachtree Club) with tall iron gates open to a long path leading to the restaurant. (When we’re walking through, it sort of reminds me of my visit to Purple Pig in Chicago.) The food here is traditional Southern food with a few modern twists that generally makes the diner feel not too dense and hearty.

We sidled up the bar stools since there weren’t any tables available and it was perfectly comfortable for us to be there. The bartenders were friendly, laid back yet attentive. The vibe of this place was casual, unpretentious, welcoming and bright enough with the sunlight streaming in from the windows. (We totally like the man wearing large headphones, typing away his Apple laptop. He isn’t really minding what’s happening around him and the staff is leaving him be until he orders a drink or chatting up to the staff.) 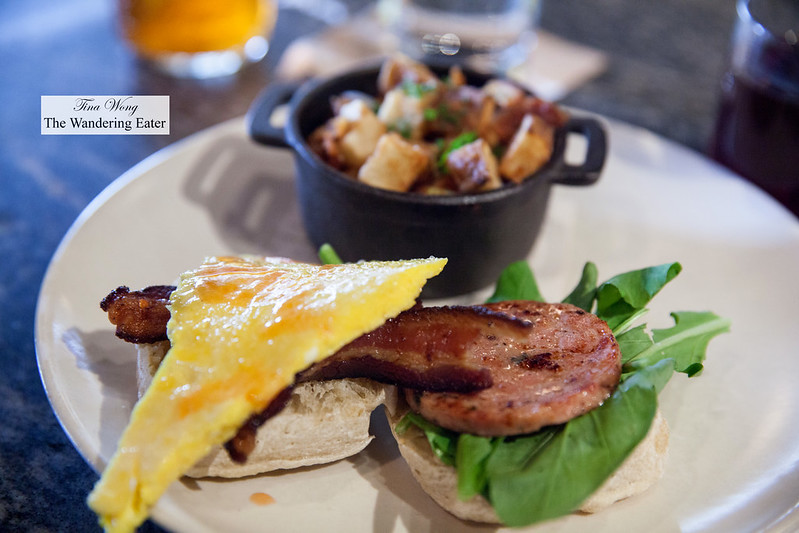 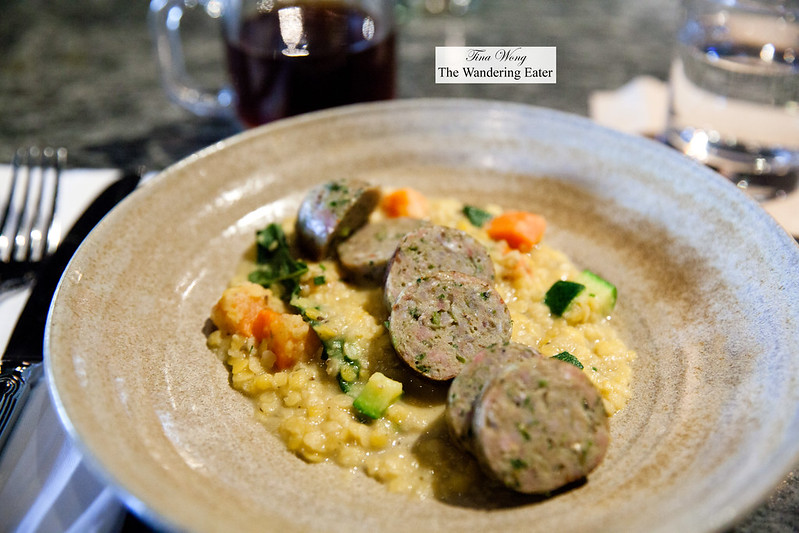 Our main courses arrived of English muffin ($14) was delicious. It’s a small yet satisfying sandwich topped with, two slices of nicely crisp yet chewy bacon, wonderfully flavorful breakfast sausage patty, arugula, Empire State South hot sauce, a triangle of scrambled egg with a side of hash. The sliced rabbit sausage ($16) served on a bed of creamy lentils, zucchini, kale, carrot, and ramps feels inspired by spring. The rabbit meat was light and herbaceous. The lentils gave this dish some substance yet the addition of sweet local vegetables made it feel wholesome. 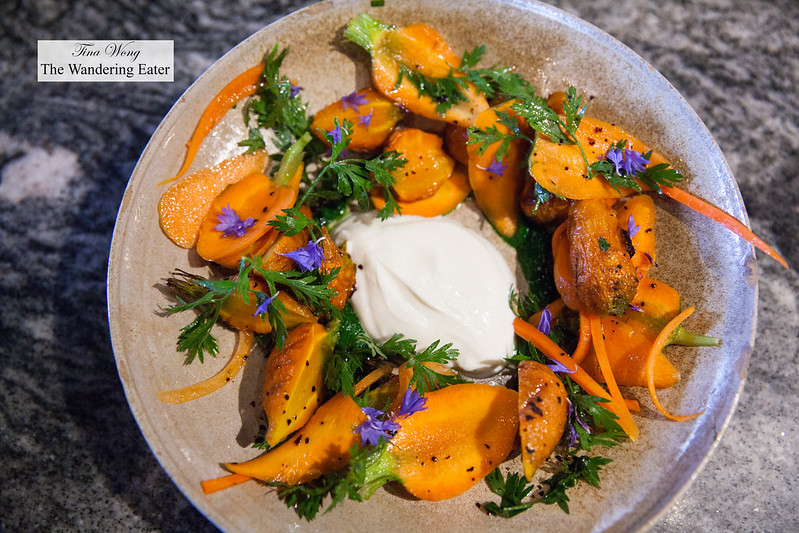 Our carrot salad ($11) arrived much later than expected but it’s worth the wait. It’s a gorgeous plate and very smart plate of carrots. The roasted halved, stubby baby carrots that were supremely sweet mixed with the crunchy strips of raw and pickled carrots. The large dollop of creamy tart yogurt acted as a healthful sauce for this salad and the pistou added an herbaceous punch. I rarely get excited over a plate of vegetables and it really says something if I’m still remembering this dish about three weeks ago and still wanting to make a version of this at home.

It’s a very good restaurant that I can imagine works for many occasions besides brunch. If I were to live in Atlanta, I could see myself coming back here several times a month.