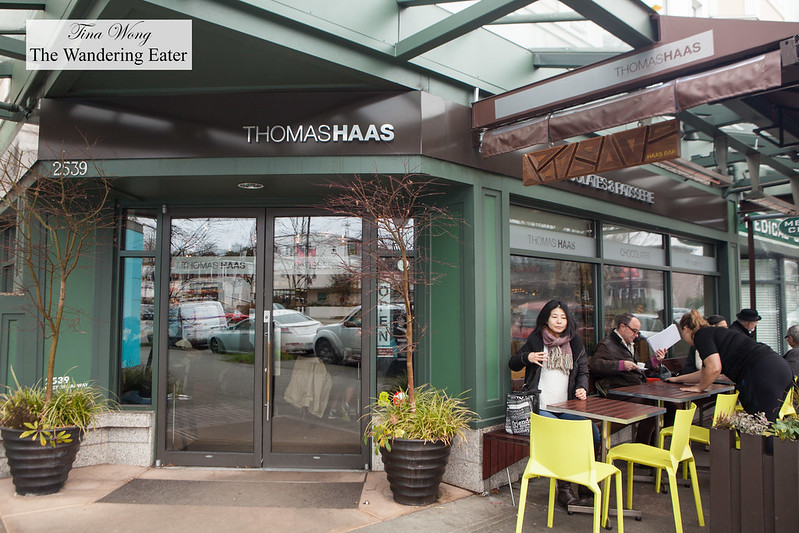 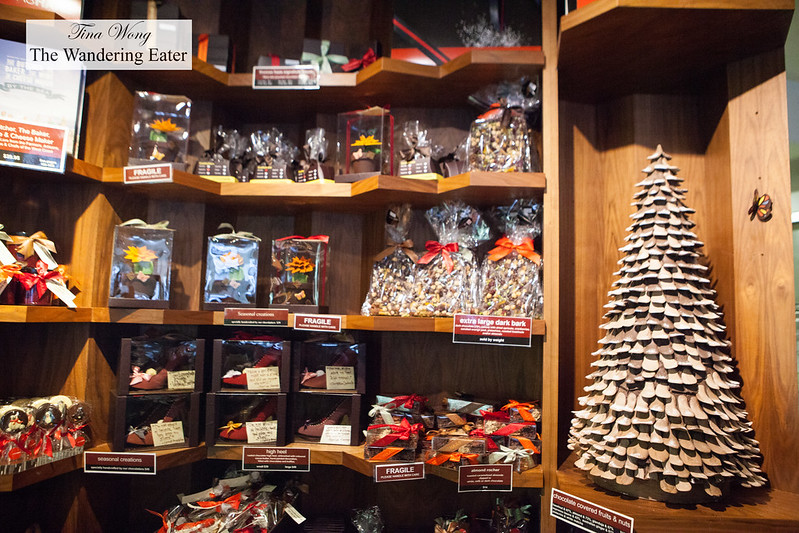 Thomas Haas is a fourth generation pastry chef who grew up in his family’s pastry shop in Germany. It was located in the Black Forest village of Aichhalden. It all began when his great-grandfather opened the Café Conditorei Haas in 1918. Every generation after that continued the tradition of the family’s Black Forest cakes and other local sweets. Following in their footsteps, Haas trained in his native Germany, and then headed to Switzerland, France, and North America to gain more experience.

He worked in several Michelin-starred restaurants in Europe before moving to Canada as executive pastry chef at the Four Seasons Hotel in Vancouver. In 1998 he moved to New York City to open Daniel Boulud’s Park Avenue restaurant, Daniel, as executive pastry chef. While in New York, he was dubbed one of the Top 10 Chefs in America by Chocolatier and Pastry Art and Design magazines. Eventually he returned to Vancouver, and in 2000, he started his own business Thomas Haas Fine Pastries and Desserts Ltd., where he began crafting handmade chocolates for some of the finest restaurants and hotels in Canada and the United States. Four years later demand had grown so much that he built a 3,500 square foot production kitchen and cappuccino bar across town from his first store. He specializes in handmade chocolates, wedding cakes, pastries, and desserts. He won many awards since then.

Thomas Haas Patisserie in Kitsilano neighborhood of Vancouver, B.C. is a very popular patisserie and café bustling around 11:00 AM on a weekday morning when we arrived. The diners there were a mix of ages but predominately woman who flock for these beautiful and sublime pastries and desserts. Of course, we had to get some to understand what’s the buzz behind it all. 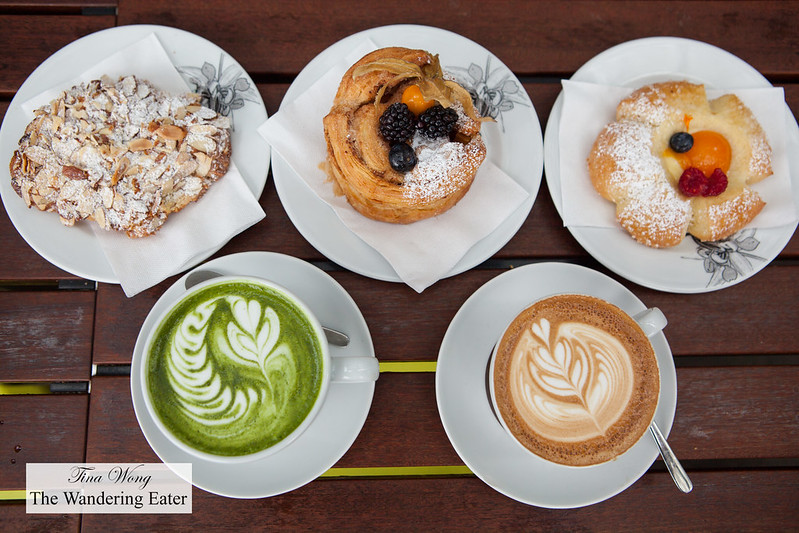 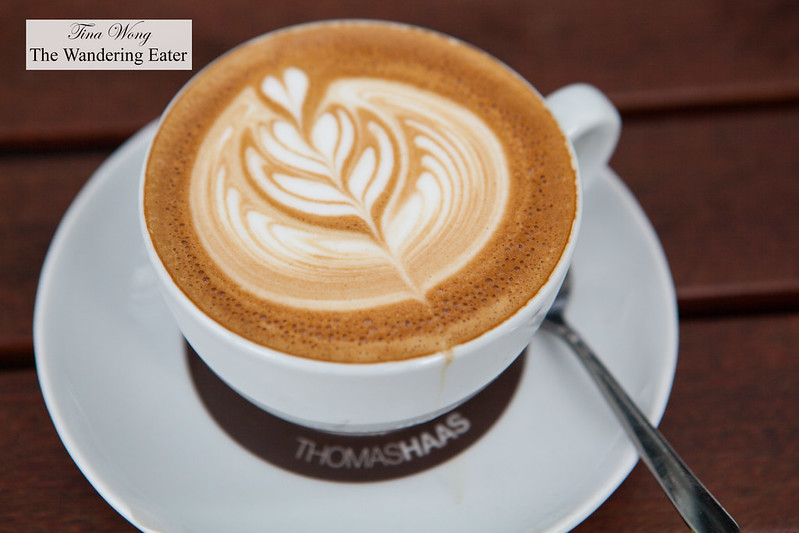 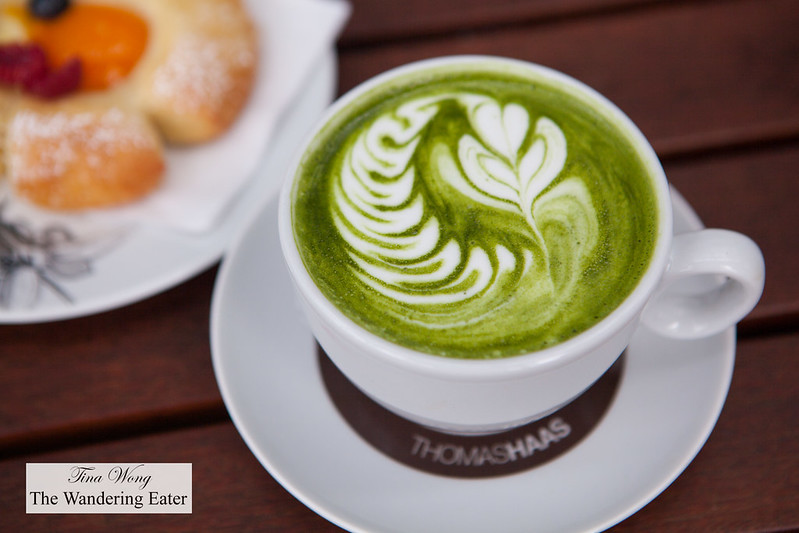 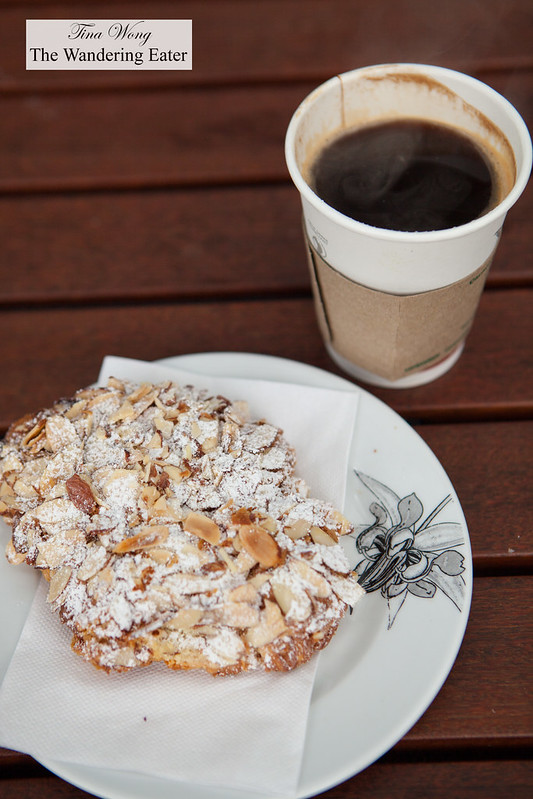 Starting out with our caffeinated beverages, they were all executed perfectly. My cappuccino had a very good ratio of espresso and steamed milk. My friends’ matcha green tea latte was a vibrant green and tasted wonderful without needing any sugar as well as the Americano that was nicely potent.

The double almond croissant was arguably the best pastry we had since it’s absolutely delicious and incredibly almond-y and crisp and flaky as croissants should be. I wish we had something of similar caliber in NYC. 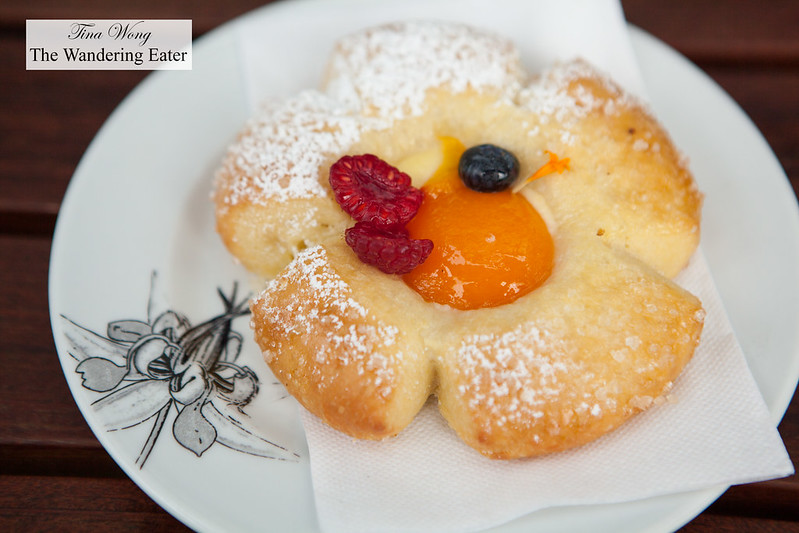 The broiche with apricot and fresh berries looked like a happy morning sunshine. The vivid orange apricot was sweet against the pillowy soft brioche and the touch of creamy custard underneath the sweet-tart fruits. 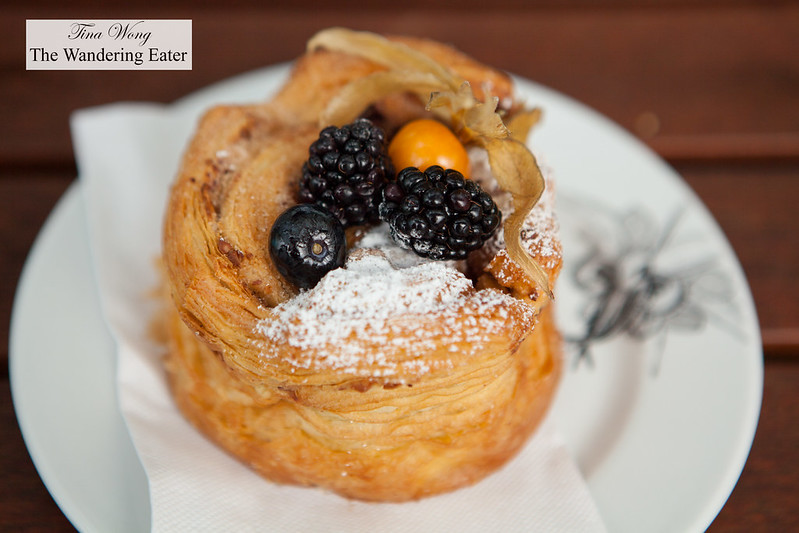 The towering puff pastry topped with fruits was delightfully crispy and flaky and the touches of fresh berries and ground cherry imparted some bright flavors. 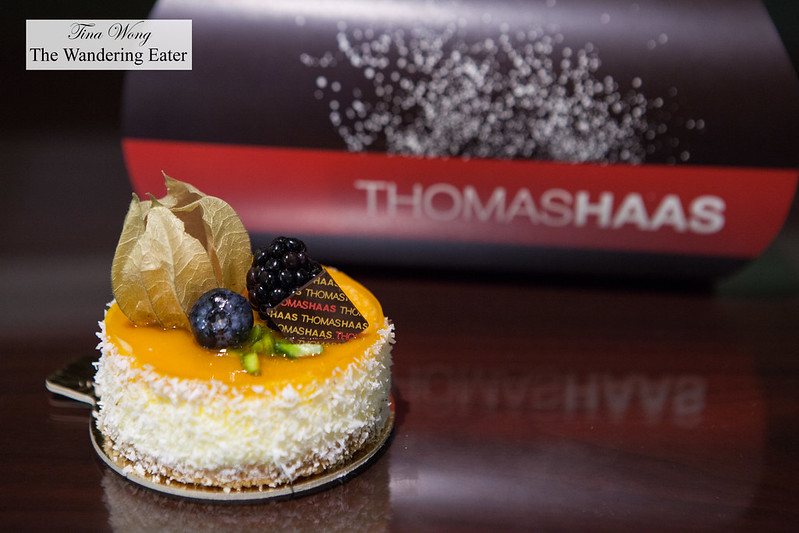 To go, we had the Exotic Cheesecake that is a cheesecake coated with fresh coconut flakes on the sides topped with a passionfruit gelée, pistachio and some berries. It’s a delicious cheesecake that was creamy, not too dense and had a good balance of the fruit flavors. 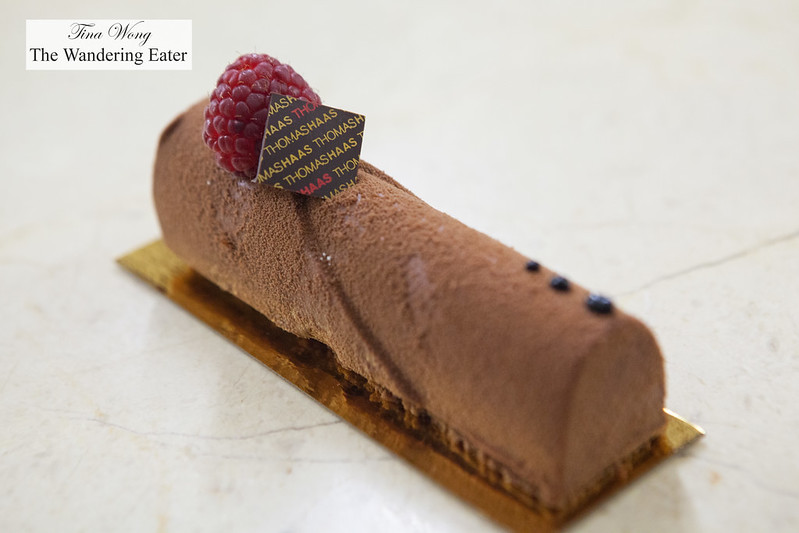 We adored the crispy chocolate raspberry cake. It’s a classic combination of creamy, dark chocolate mousse and raspberry gel but the base of crispy feuilletine, a crispy pastry that is texturally similar to broken up waffle cones, to give the wonderful texture.

It makes total sense that many locals venture to Mr. Haas’ patisserie for his pastries. They are as delectable they are pleasing to the eye.