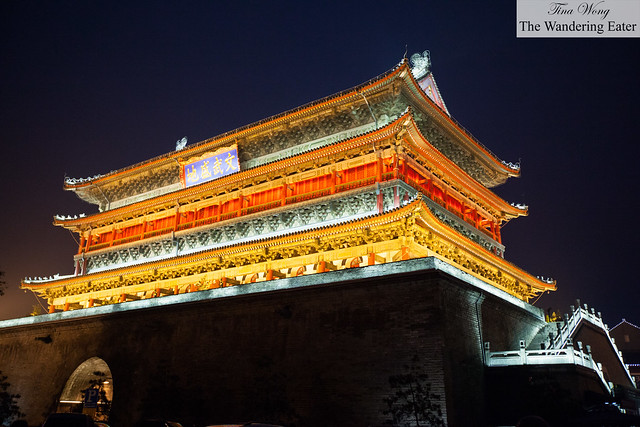 When I was traveling in China this past September, the third city we stopped at was Xi’an. This capital city of the Shanxi Province is located about 744 miles southwest of Beijing.

When we got off our plane and take the long cab ride (about 45 minutes) from the airport to our hotel, we saw the rich loess farmland, Xi’an (Western Peace). This was home to the ruling houses of the Qin, Han, Sui, and Tang dynasties, when it was known as Chang’an (Eternal Peace). The city reached a peak during the Tang dynasty (618-907), when it was the military and trading base for China’s shaky control of the Silk Routes. During the Xuanzong reign of the Tang (712-55), Chang’an swelled with two million taxable inhabitants and was the largest, most cosmopolitan settlement in the world. 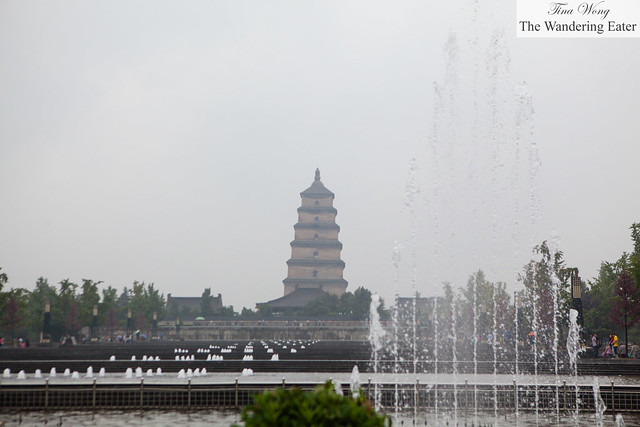 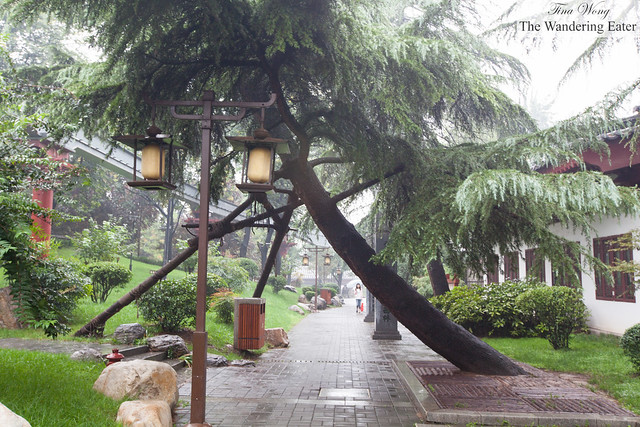 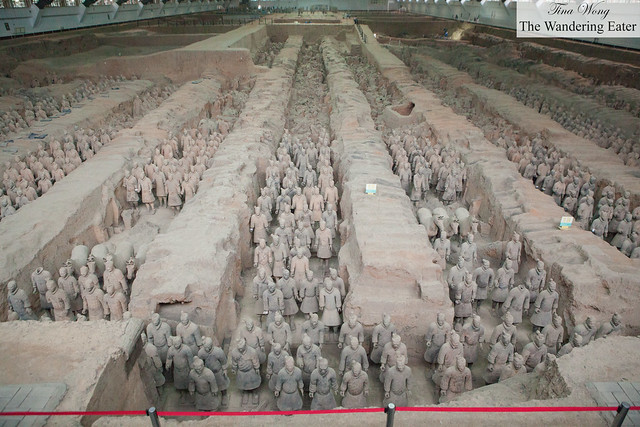 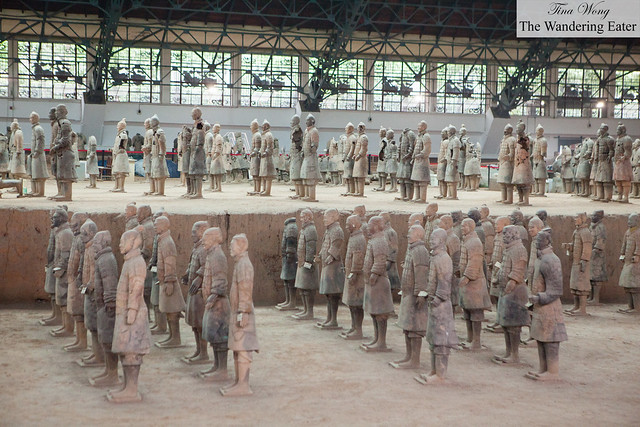 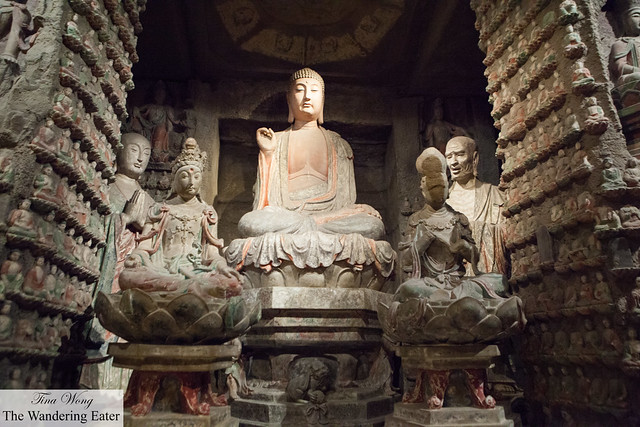 Giant Wild Goose Pagoda; Mausoleum of Qin Shi Huang and his Terracotta Army; One of the exhibits (of the Buddha) at Shaanxi History Museum

The surviving monuments open a window onto the imperial power and cosmopolitan style of the old capital. The short-lived totalitarian state of Qin Shi Huangdi is reflected in the awe-inspiring massed terra cotta armies of the Qin Shi Huangdi. The influence of Buddhism is clear from the majestic spire of the Da Yan Ta (Great Goose Pagoda), constructed under the supervision of Xuanzang (d. 664), who returned to China in 645 after 15 years of travel across India and central Asia. Evidence of the flourishing trade along the Silk Routes may be found in the Shanxi History Museum.

Big Wild Goose Pagoda (Dayan Pagoda) is the symbol of old-line Xian, is a well-preserved ancient building and a holy place for Buddhists. It is located in the southern suburb of Xian City, about 4 kilometers (2.49 miles) from the downtown of the city. Standing in the Da Ci’en Temple complex, it attracts numerous visitors for its fame in the Buddhist religion and its simple but appealing style of construction. It is rated as a National Key Cultural Relic Preserve as well as an AAAA Tourist Attraction. In addition, it was added to the World Heritage List on June 22, 2014. 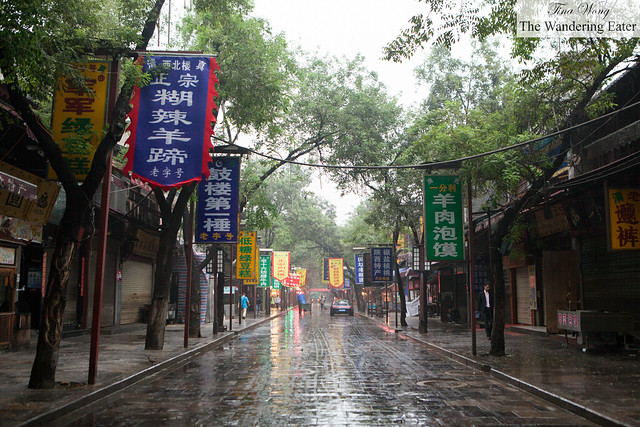 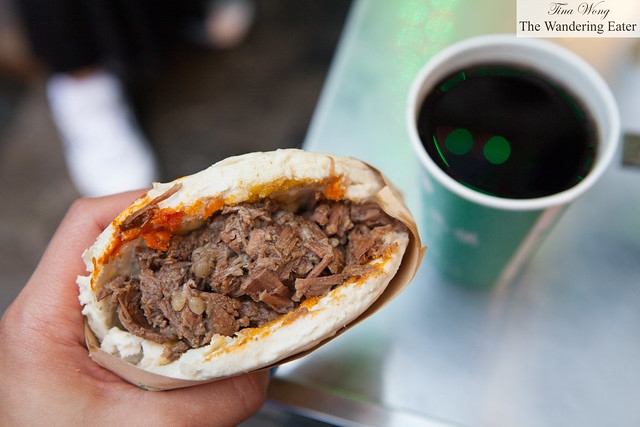 Besides all of the history to see and take in, there’s lots of delicious local, ethnic food. Located at the Muslim Quarter, it’s best to go there near sundown when there’s plenty of food vendors open. Despite the fact we went there during the morning, we still experienced the different, vibrant flavors of Chinese Muslim food.

To those of us located in New York City, we are generally familiar of a particular popular “lamb burger” (seen above) from the restaurant chain Xi’an Foods. This is the original sandwich from Xi’an is better than any lamb roujiamo I’ve eaten in New York. Lots of beautifully braised, tender lamb meat stuffed into the fluffy sandwich (bread’s texture like an arepa) and splash of bright red chili oil sauce spices it through. 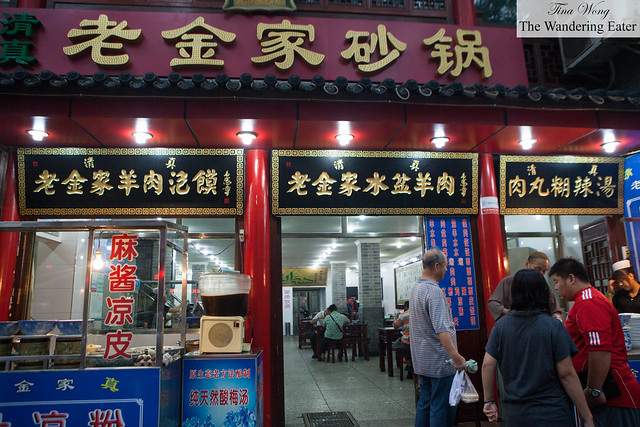 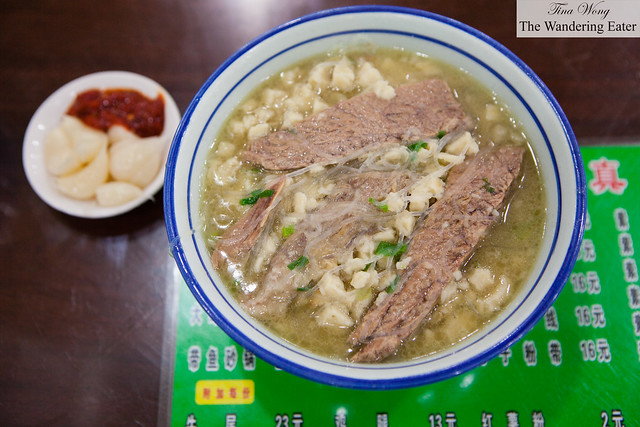 The mutton and bread pieces in soup (yangrou paomo) is another favorite of mine while eating around here. It is a traditional, carb-loaded dish suited to fill your stomach for the day than the feeling of eating more food. It’s a hearty mutton broth, with glass noodles (made from mung bean starch), thin slices of mutton and wood ear fungus, poured over torn pieces of unleavened flatbread (the same bread from the roujiamo sandwich). It’s delicious and for the bitter cold winters in New York City, I won’t mind having a few bowls. 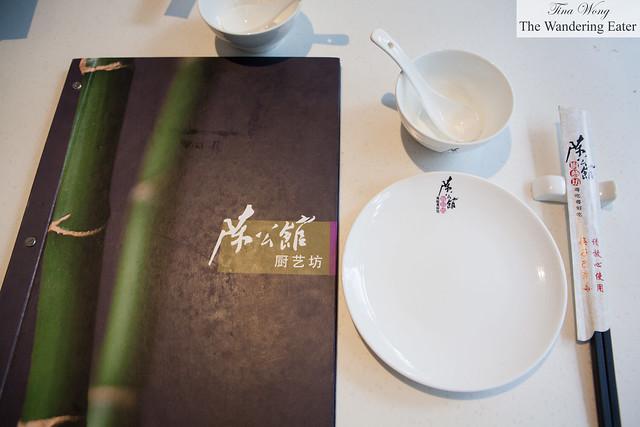 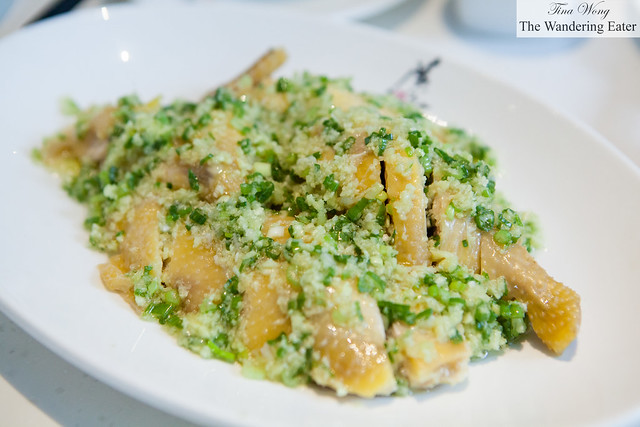 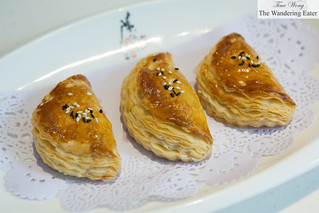 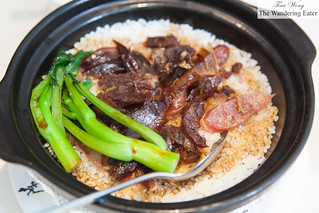 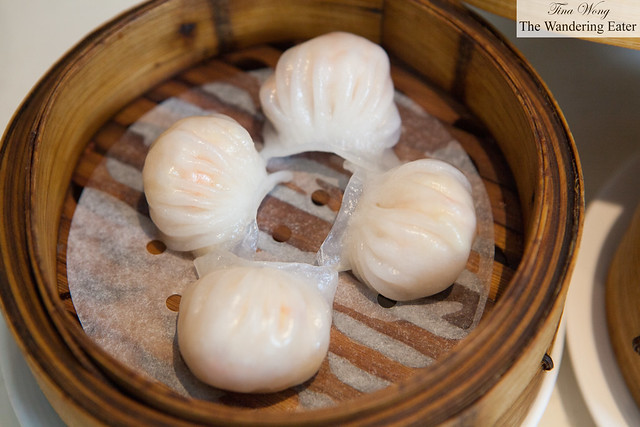 Very good, made to order dim sum and Cantonese food in Xi’an at 陈公馆厨艺坊

Surprisingly, there is a good restaurant for Cantonese style food in Xi’an that is named 陈公馆厨艺坊 (Chang’s restaurant). My family and I enjoyed the made to order dim sum. Fresh and the textures and flavors were just right. The clay pot rice with cured duck and Chinese sausage was delicious. Though I’m not a big fan of durian filled or flavored anything, their durian puff pastries were pretty good. Flaky, warm and had enough durian flavor that doesn’t turn me off. 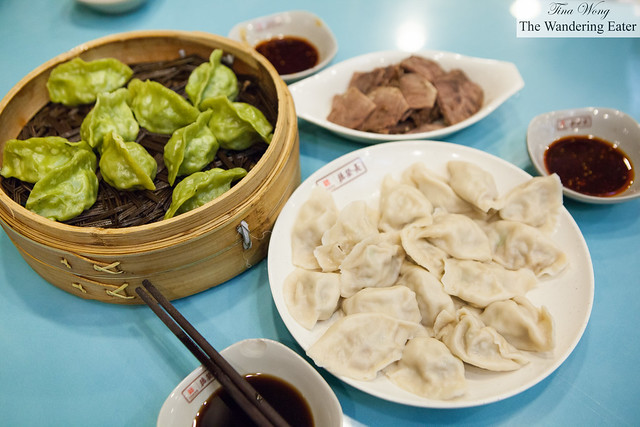 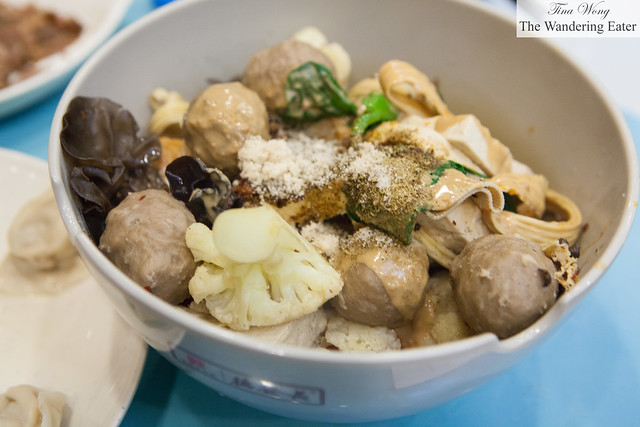 There are a lot of dumpling houses in Xi’an but there was one close to the Drum Tower that had very solid dumplings in a variety of fillings and skins. The plate of green dumplings are colored from spinach and it’s filled with beef and the off-white skinned dumplings were filled with lamb. We had other dishes like a hot pot of fish and beef balls, cauliflower, and yuba (tofu skin).