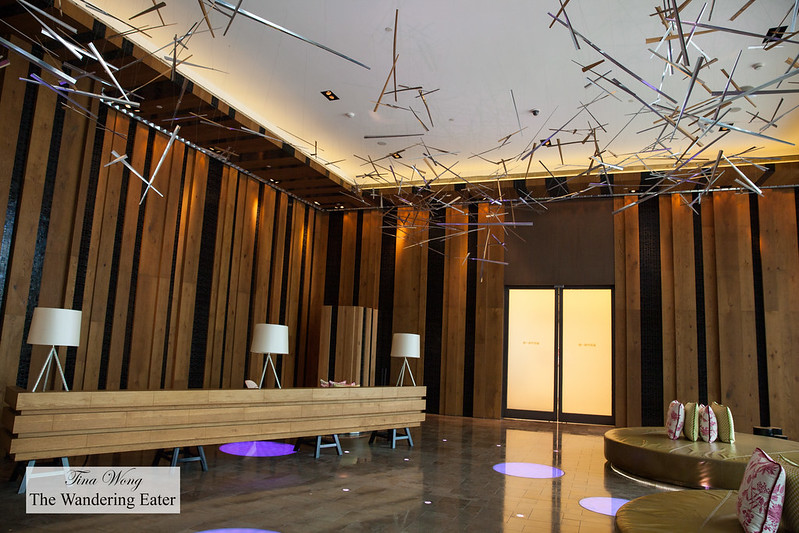 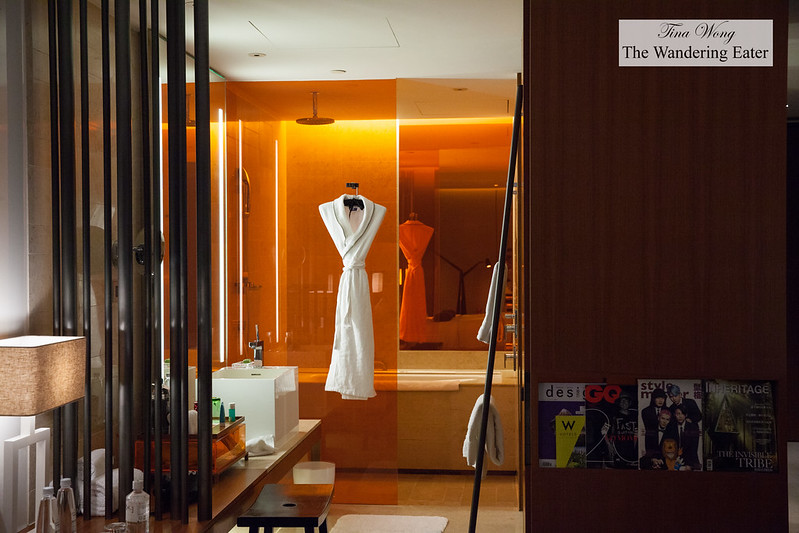 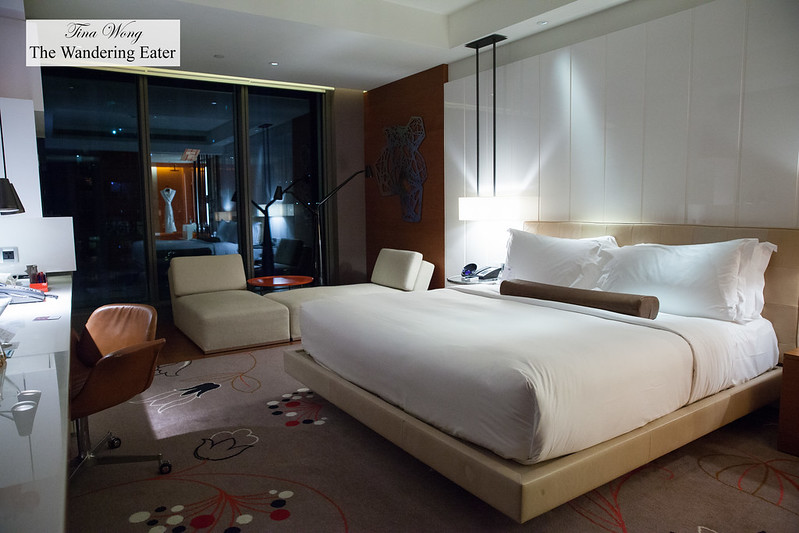 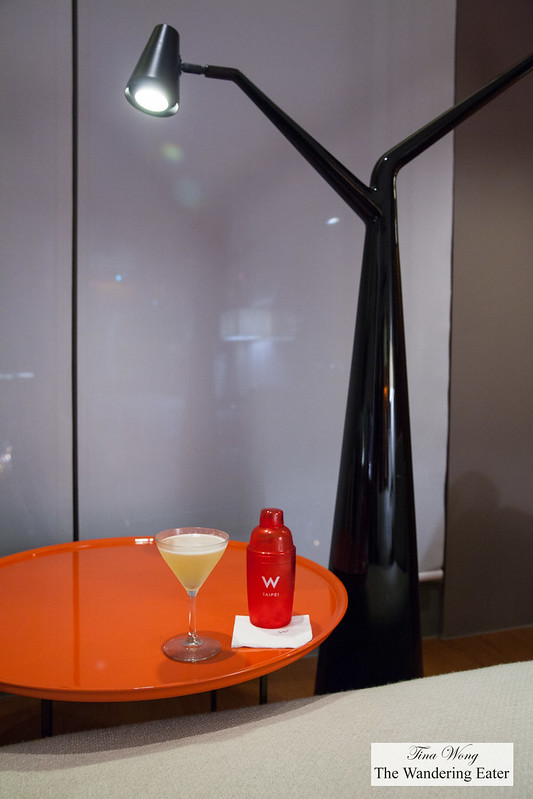 For the first portion of our time in Taipei, we stayed at W Taipei. The first thing that is great about this hotel is centrally located the Xinyi District that makes it easy for me to drop off my shopping bags (there are many shopping malls surrounding the hotel). It’s also a few blocks from the Sun Yat-sen Memorial Hall and Taipei 101, the world’s second-tallest building. Nearby subway stations mean you can be whisked to the city’s shopping districts and mountain hot springs.

Entering the lobby of the W Taipei, it’s technically not their lobby. As confusing as it might sound, it’s a public lounge area where their design theme of “Nature Electrified” starts (even the exterior has red neon and the large chain link column that is actually a drainage pipe). The check-in area is actually on the 10th floor. Checking in was friendly and pretty quick.

Our “Wonderful” room took full advantage of Taipei’s urban landscape with floor-to-ceiling windows looked over the city and mountains beyond, though there was no view of Taipei 101. The décor could be described as luxury minimalism of white lacquer, burnished wood, floral carpeting and whimsical elements, like three tubular tables topped by faux tree rings, vertical tree shaped lighting by a comfortable chaise. The king bed was deliciously plush and faced a 42-inch plasma TV set over a long desk. I certainly appreciate the easy do-it-yourself welcoming cocktail of the hotel’s signature drink, oolong martini.

The marble floor in the entryway continued into the open bathroom (which can be closed off by sliding doors). A small room that contains the enclosed, futuristic Japanese bidet-style toilet. The rainfall shower and tub were separated from the sink area by a tinted-glass half-door. Bliss toiletries were in the shower and on the sink. 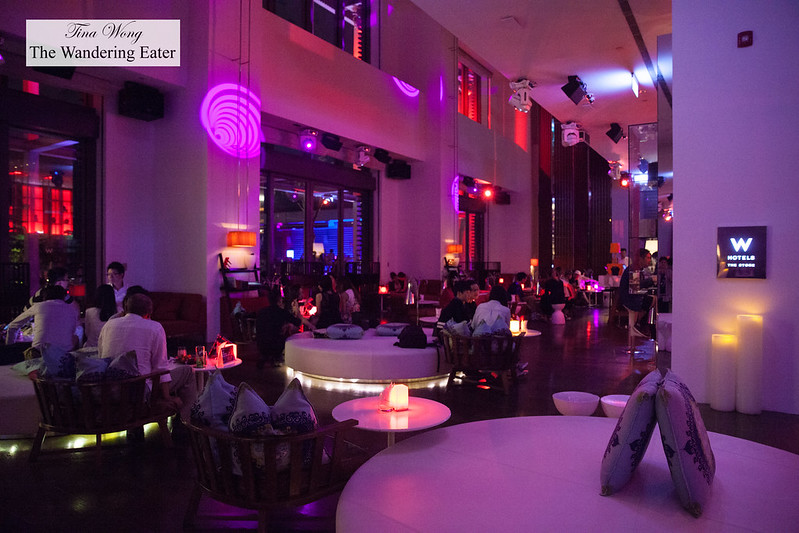 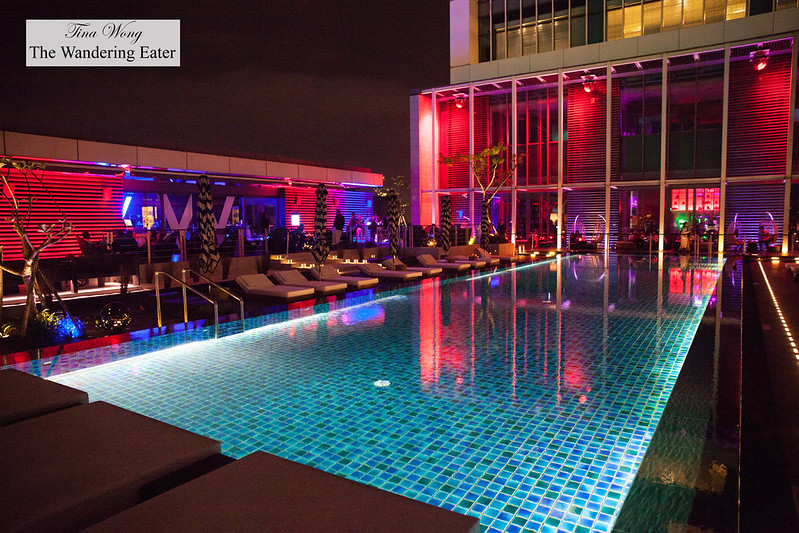 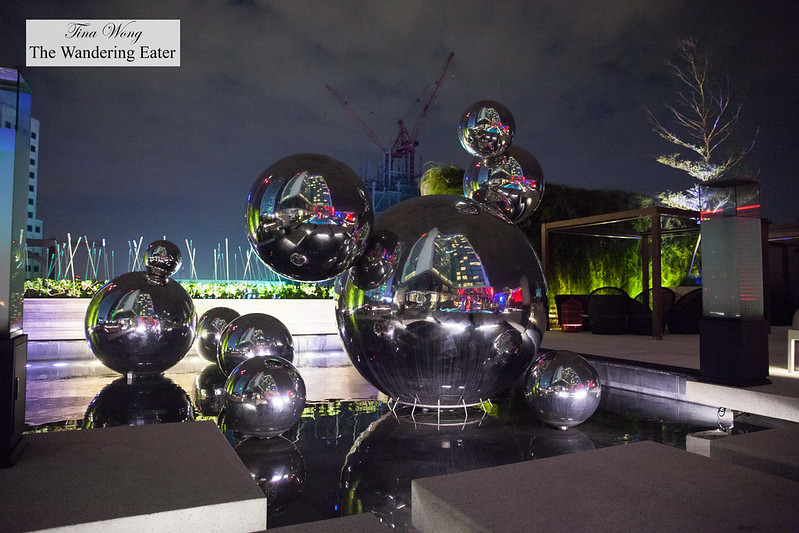 Familiarizing ourselves by walk around the hotel, we went back down to the 10th floor and passed through the busy, pulsating Woobar. The Woobar is a bar/lounge filled with trampoline-size banquettes and lipstick-red leather couches, sip cocktails by night, when it turns into a packed club. Walking past the party scene and the double doors, it opens to a stunning 82-foot heated pool. 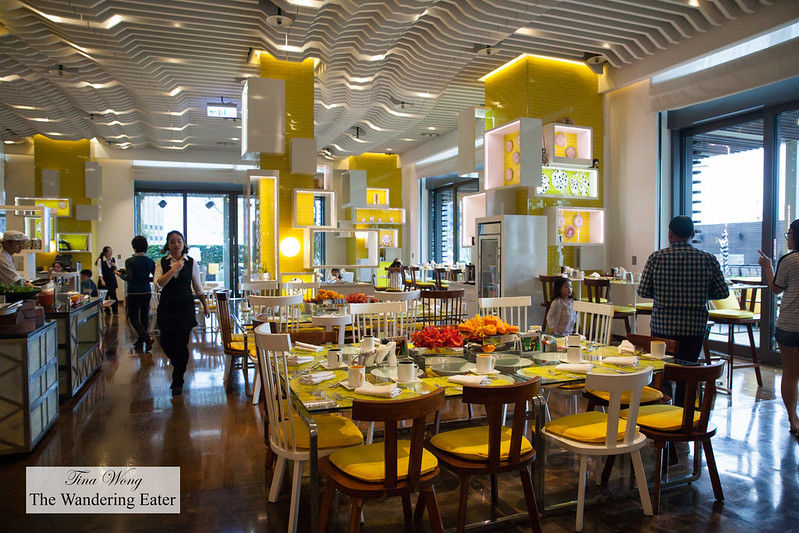 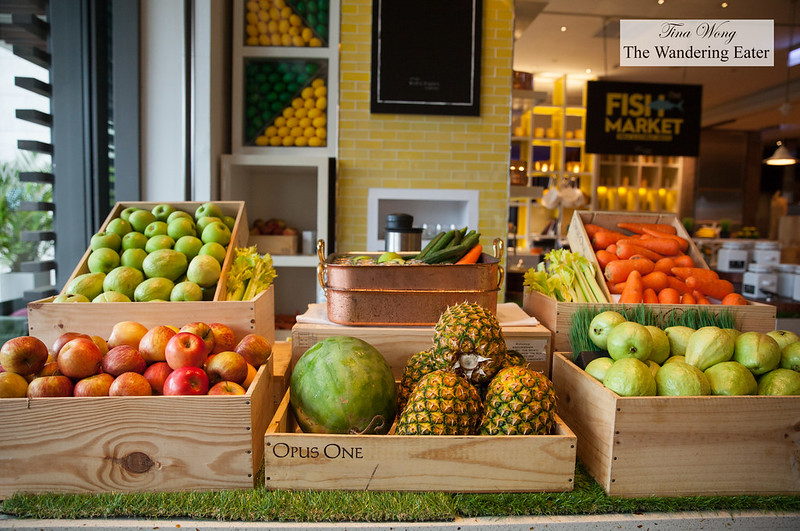 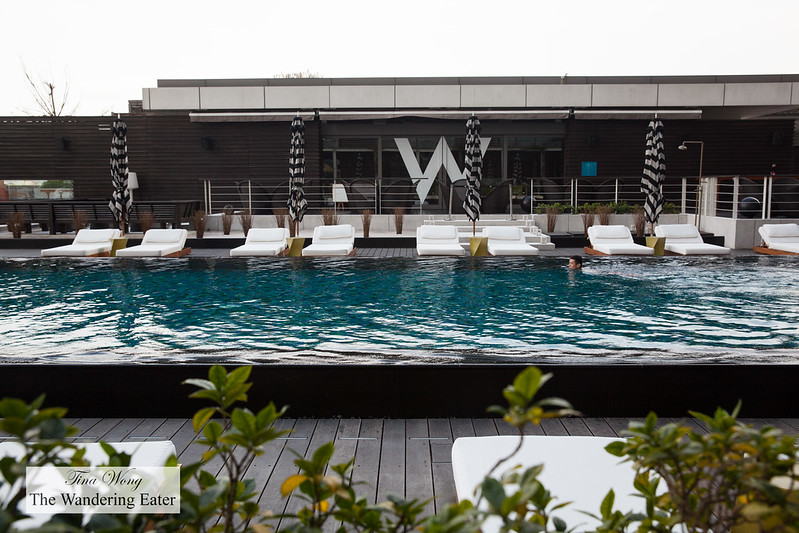 Our breakfast (it was included in the rate) was a breakfast buffet at the Kitchen Table. It’s right next door to the Woobar but it’s a different scene altogether. Relatively calm during the morning. The natural light flooding in sunny yellow and white dining area. We opted to sit at its patio where it shares the space of the pool. Watching the morning swimmers calmly doing their laps while drinking and eating our breakfast and taking every bit of the warmth I can get (when we were in Taipei, it’s averaging high 70s to low 80s Farenheit). 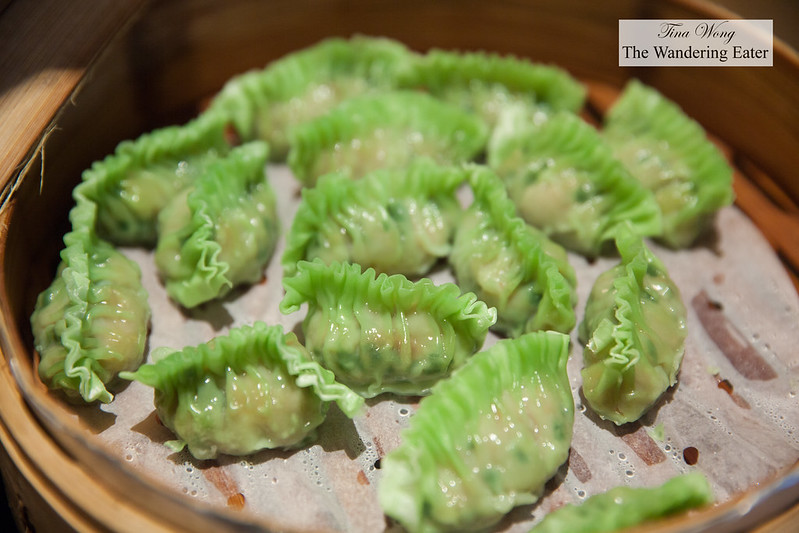 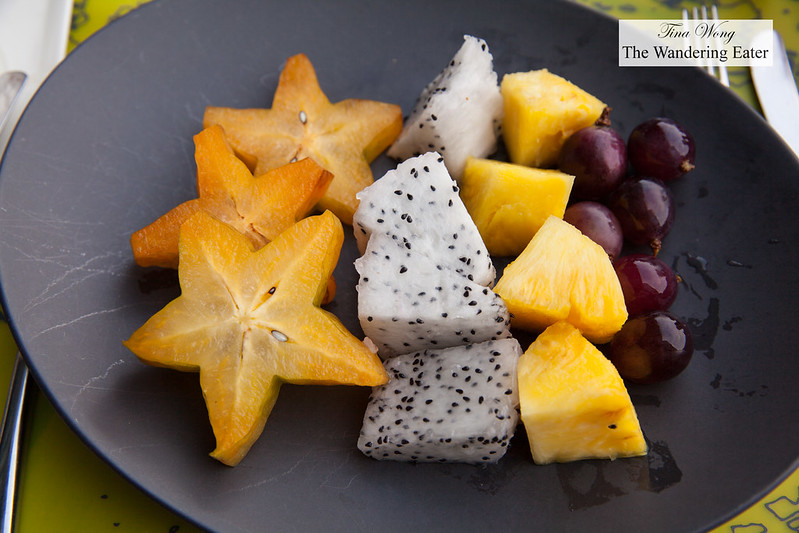 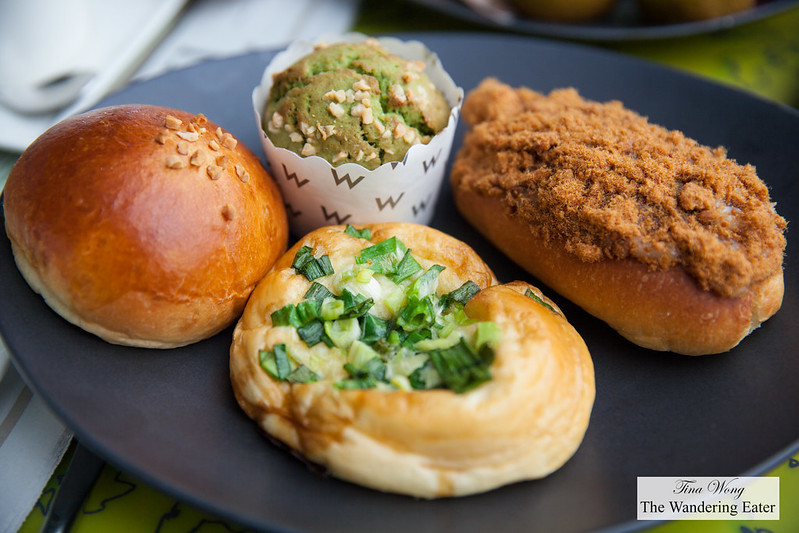 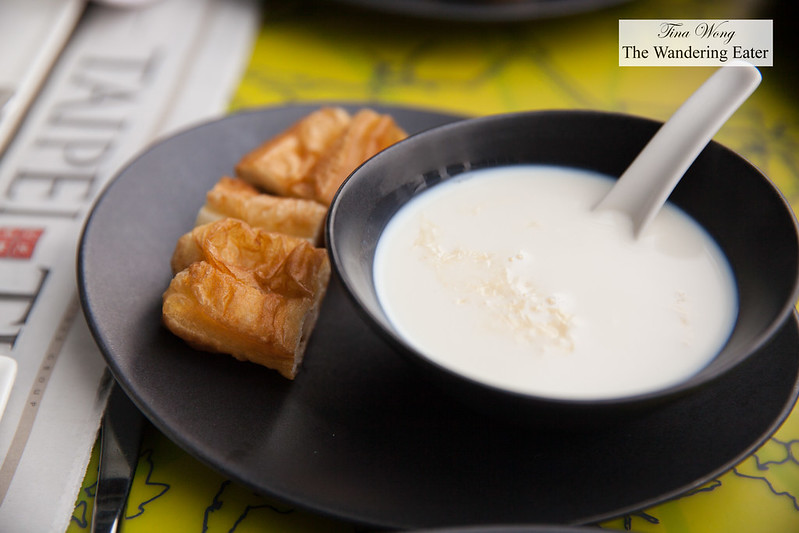 The food served at Kitchen Table is pretty darn good considering it is a buffet. Their Taiwanese food section was very good. The hot soymilk impressed my traveling companion (who is a snob when it comes to Chinese cuisine) and makes sense since the soymilk was rich and wasn’t diluted. The fried rice was good and lots of steamed dumplings to choose from. If you ever venture to the huge pastry section and spot the pork floss buns, you should get at least one as I think it’s the best one I’ve eaten in my life and I wish I could get a dozen to go. The Western food section were served as well like the made-to-order omelette bar, plates of pancakes, bacon, a bounty of breads and pastries and many traditional American breakfast foods are present. There’s also breakfast pizza topped with quail eggs that is good.

We have dined and had drinks at the YEN Chinese Restaurant and YEN Bar but that will be on the next post.

Overall, our stay at the W Taipei was great and I would go back and stay there the next time when I visit Taipei.