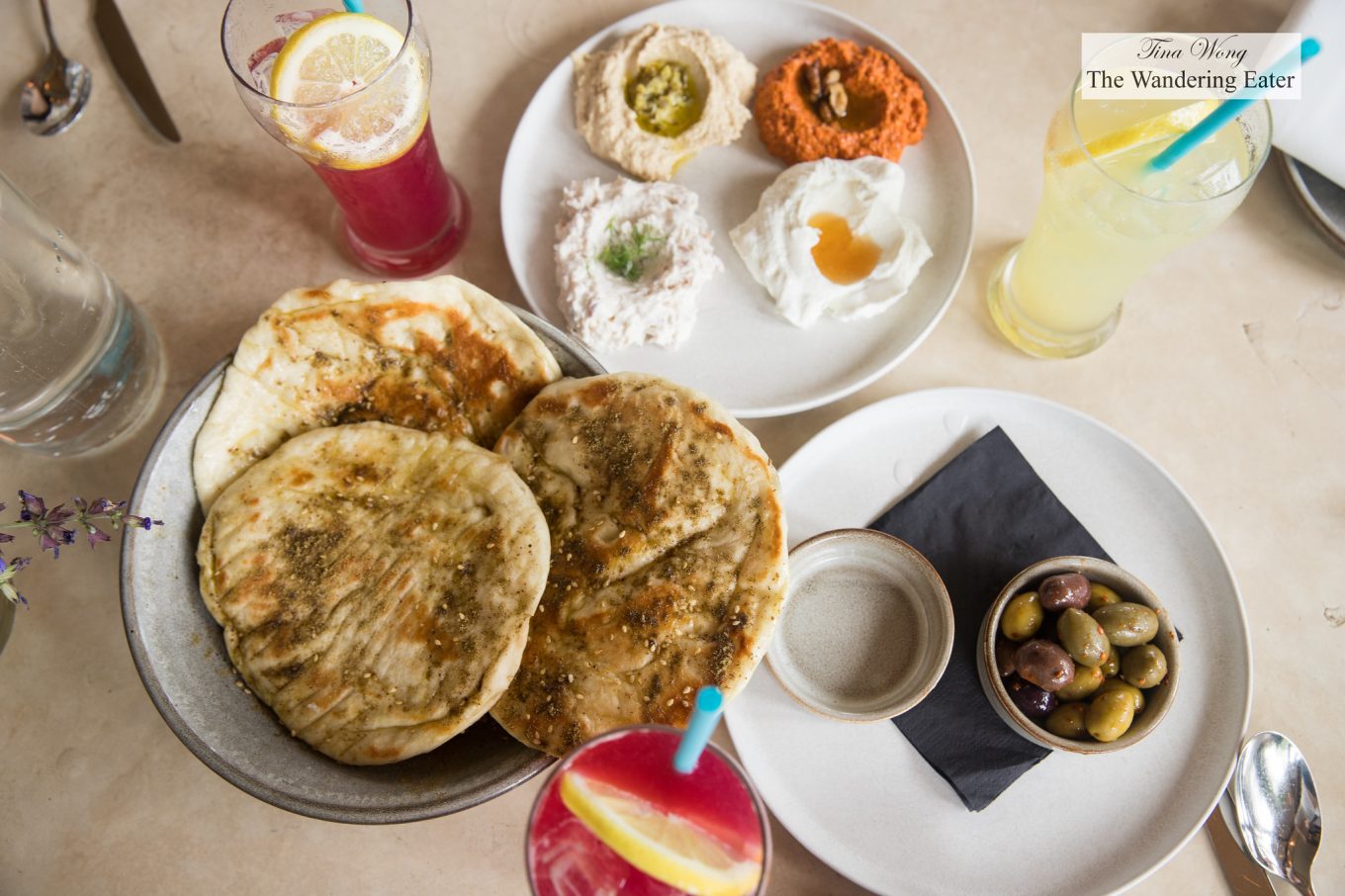 I had invited a few friends to brunch at Celestine, a Mediterranean restaurant in Dumbo, with the hopes of seeing the glorious view of Brooklyn Bridge basking in the sun. However, nature had other thoughts in mind and we got the overcast sky with the occasional shower. At least it’s still a very nice view of the bridge when you walk toward the back of the restaurant (seen below) and onto its back patio. The place was lively with groups ranging from families gathering to couples and friends having brunch.

Before I give the rundown of what we ate, I thought the kitchen had an off day, possibly trying to keep up with the brunch rush. Some of the dishes were very good but most were misses. If the food were as good as the panoramic views of Brooklyn Bridge, I would say it’s a keeper and recommend it for a whole host of scenarios (e.g. date night, meet the parents, group brunch, etc.) while in a casual setting.

The non-alcoholic beverages were refreshing but I preferred the chamomile cooler because it’s a bit more flavorful from the yuzu juice that’s mixed in it.

The best dishes of the day were the mezze sampler (seen at the top of the post), beet salad, and the mushrooms and toast. The mezze sampler, a combination platter of all of their four dips, were tasty. The best of the four was the whitefish salad and the next best was the flavorful hummus topped with pickled chopped jalapenos that gave it some interesting heat in the background.

The spiced yogurt on the bottom of that beet salad made the salad delectable.

The most unexpected dish to be adored was the mushrooms and toast. The ramekin of shiitake mushrooms in a light cream sauce isn’t exactly aesthetically pleasing but it’s packed with flavor from the rendered bacon, mushrooms and pecorino.

The fried chicken sandwich didn’t have enough seasoning though I did like the soft brioche bun. The burger was unfortunately over cooked and the sauce was briny that its taste reminded me of a fast food chain’s burger. The desserts were fine. If I were to pick one, I’d prefer the olive oil cake since there’s flavor from the strawberry compote and crunchy texture of the bee pollen.