I’ve taken a short break to Atlantic City, NJ for a couple of days near the Christmas holiday to get away from New York. For those who have heard of Atlantic City recently, it has past its prime but it is not bad either. The last time I have been to this city was in 2011 and I think the food scene changed for the better. 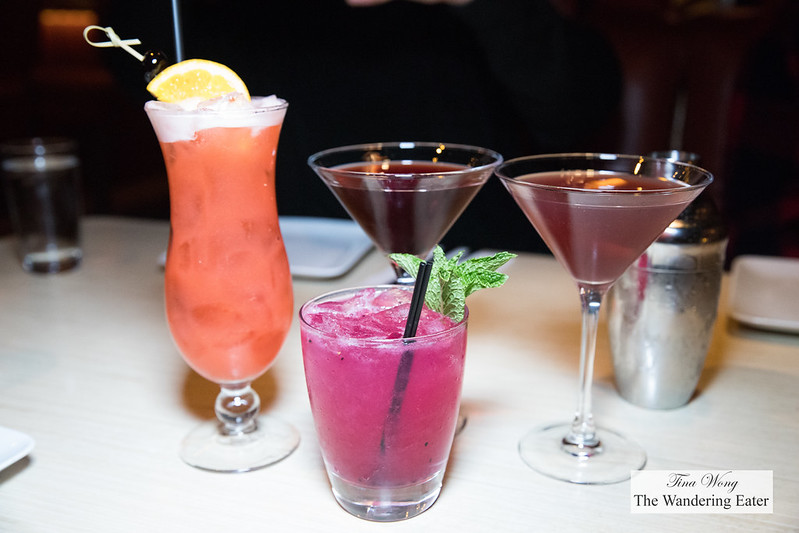 Our first meal was dinner at The Continental. When you walk up to the restaurant, it looks vaguely like the Jetsons meet 1950s diner. If you get over the quirky decor of the place, the food overall is good and the waitstaff is friendly and is well versed of the menu. The menu reads generally classic American dishes but there are some international twists.

We started off with cocktails that are classics like a Mai Tai or Cosmopolitan but thankfully the bartender here knows how to tame sweetness. The dragon fruit mojito was bright and refreshing but the dragon fruit added some color. The Nucky’s Manhattan was strong and alcoholic as it typically is but it’s balanced. 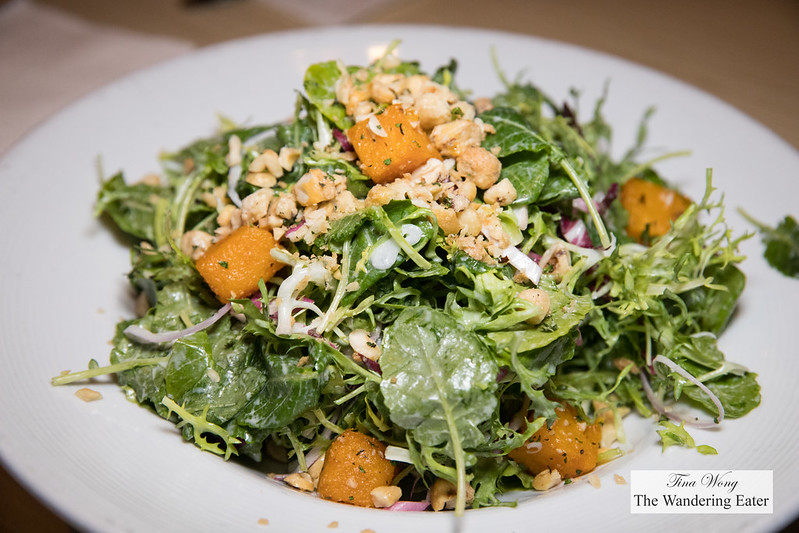 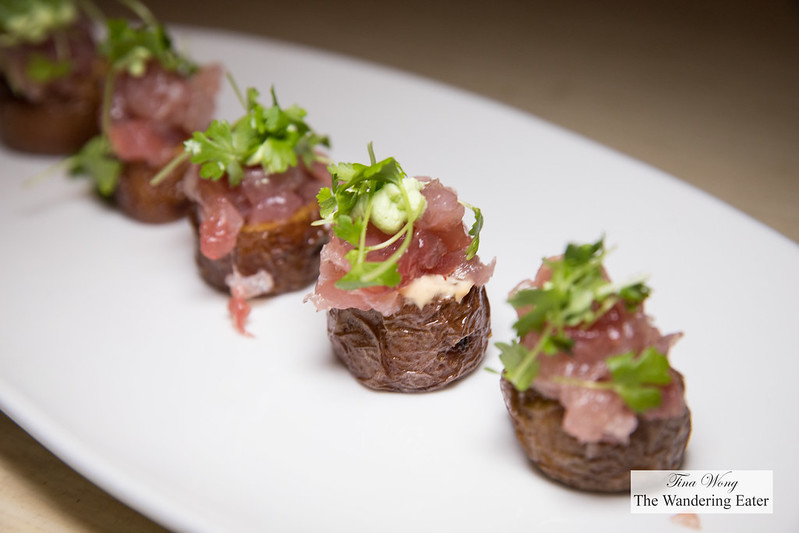 We were informed that dishes arrive to our table in no order. The large bowl of baby kale and squash salad arrived first and it was truly delicious from the varying crunchy and creamy textures and great flavors. The tuna tartare potato skins topped with scallion cream were smart bites having hot fried potatoes meet cool silky tuna. 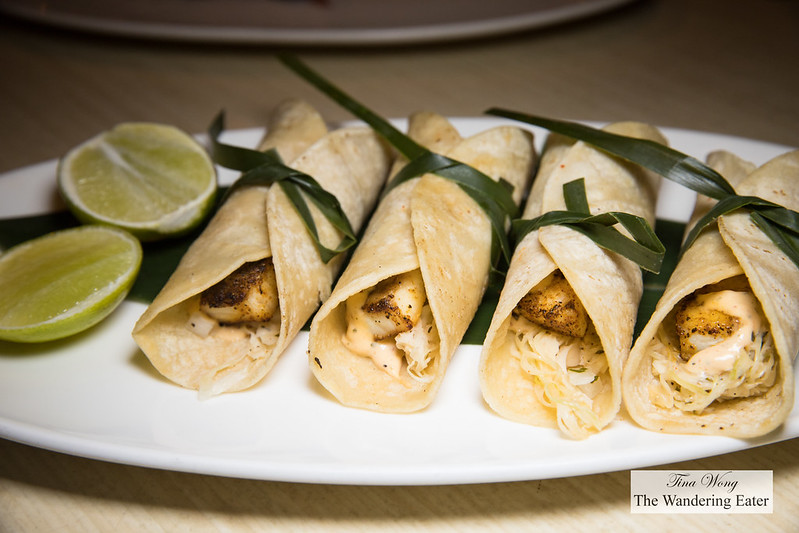 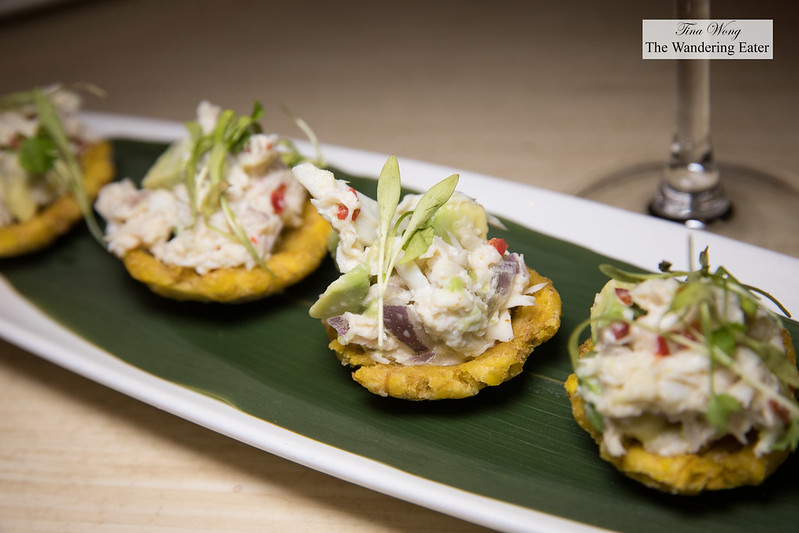 The Korean beef tacos (not photographed) and the Baja fish tacos were very good. The crab tostones were light and refreshing but needed some acid or heat to make it a little more interesting on the palate (we squeezed the lime from the tacos). 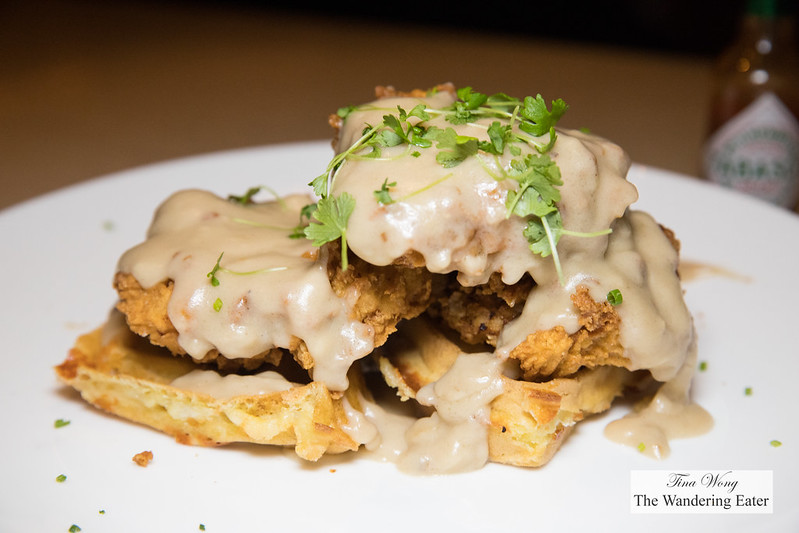 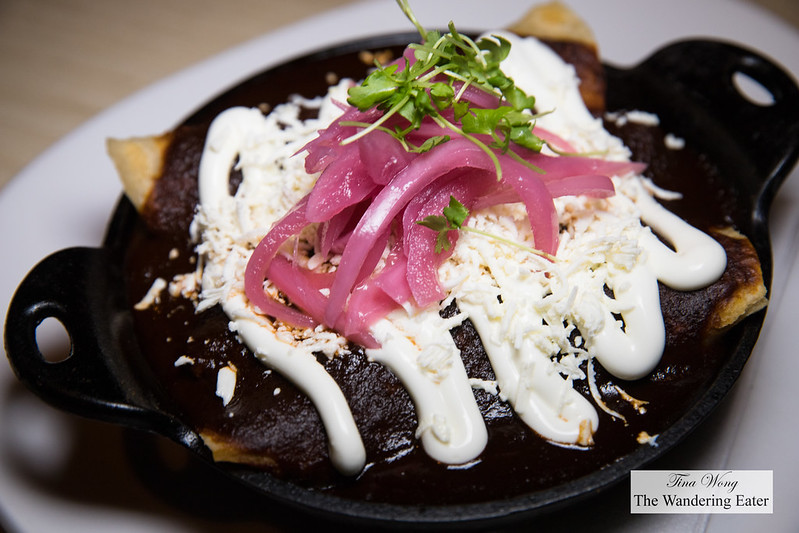 The chicken and waffles topped with applewood smoked bacon and gravy was the least favorite dish of the night. It looked like it sat under the heat lamps for a while when it arrived and it tasted like it too unfortunately. The chicken was a little soggy and the gravy solidified a bit. The vegetarian friendly dish of roasted poblano enchiladas were surprisingly good. The red bean salsa was crucial to this dish for its acidity and subtle heat. The queso fresco added some creaminess and salinity. 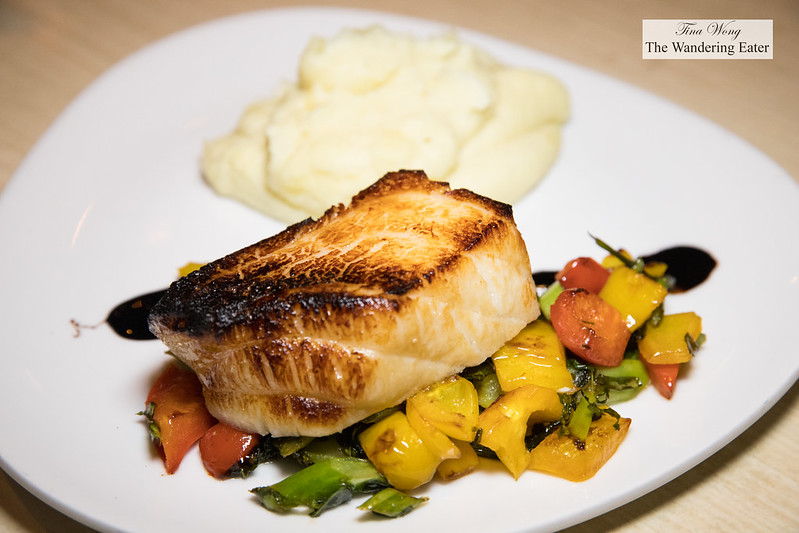 The miso Chilean sea bass, Chinese broccoli and sweet potato mash was the most surprisingly good dish I’ve had that evening. The fish was perfectly cooked – flaky yet moist with a good sear. The potato mash was unusually sweet (literally) since this was not mashed sweet potatoes or yam in here but it was weirdly appealing to eat that my table can’t stop eating it. 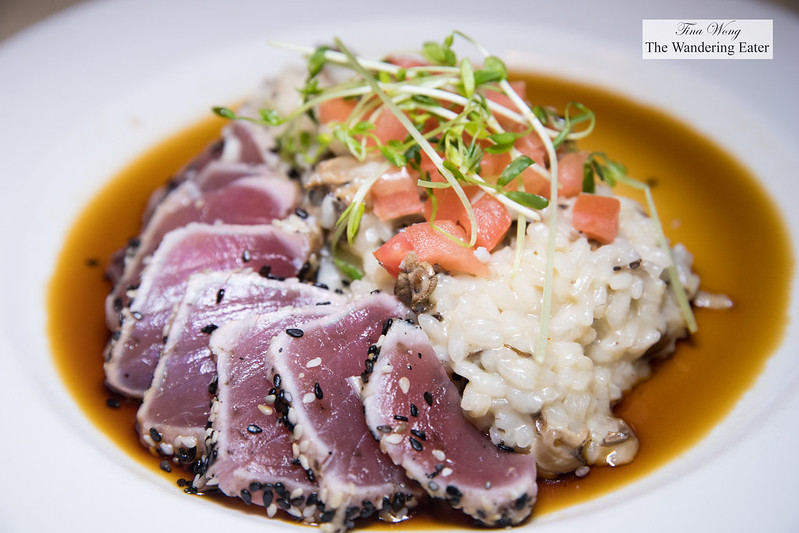 The final dish of the evening was sesame crusted tuna with mushroom risotto and it was a good way to end it since we were stuffed to the gills.

The Continental at The Pier Shops at Caesars