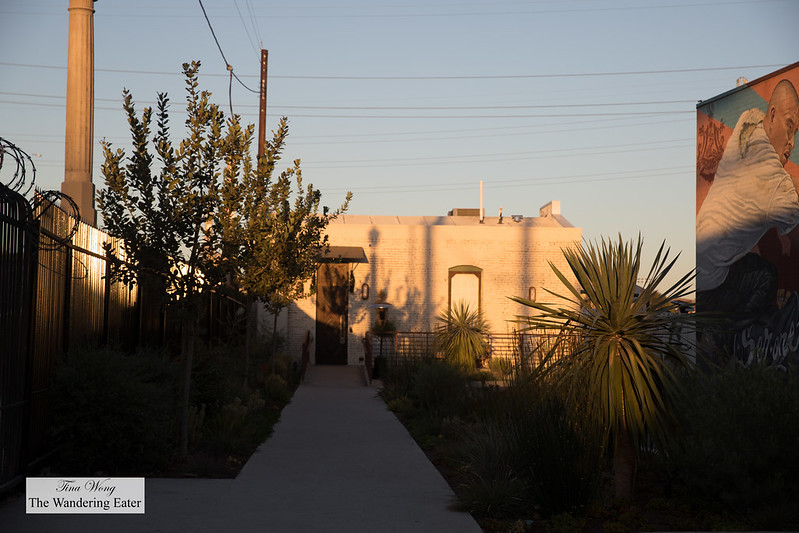 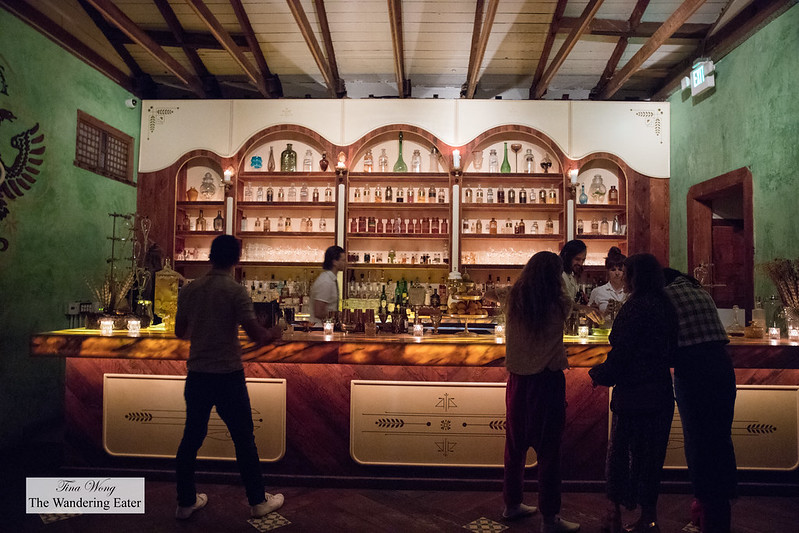 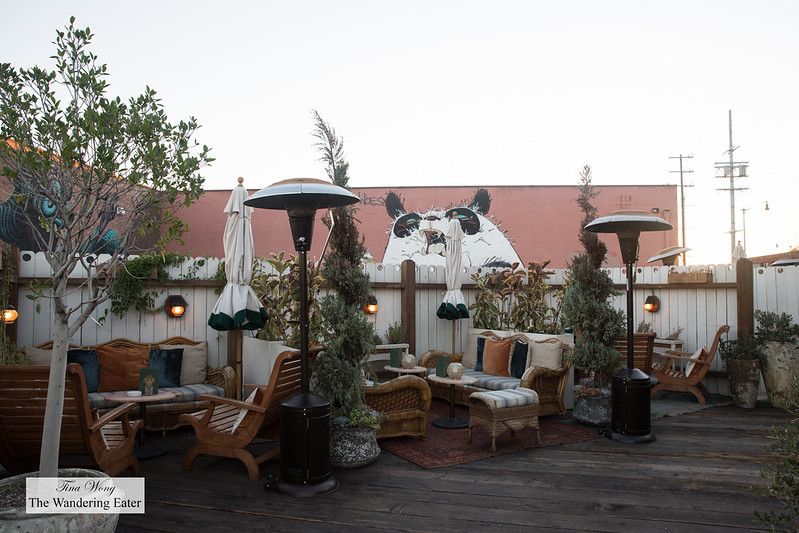 If you ever been to Apothéke in New York City, you generally would expect something similar to the new-ish cross country location Apothéke LA. Both are located in each city’s respective Chinatown and both are easy to miss if you are trying to look for the entrance to the bar. The one in LA, my driver flew past the driveway entering to the parking lot of Apothéke LA as the overpass leads into Lincoln Heights. The white brick building is behind the fence next door to street art filled walls surrounding the area, right where the LA River resides. When you enter through the doors, it opens up to a gorgeous open space with the bar at the other end of the room and the sides filled with banquettes with two tops and semi-private booths that can fill 4-6 people. There is an open patio area to sit outside and there’s a U-shaped bar as well with views of the tracks. 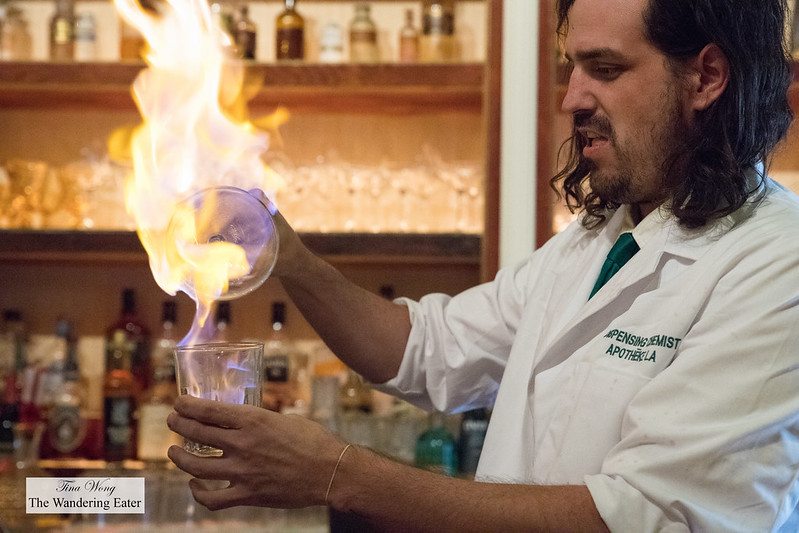 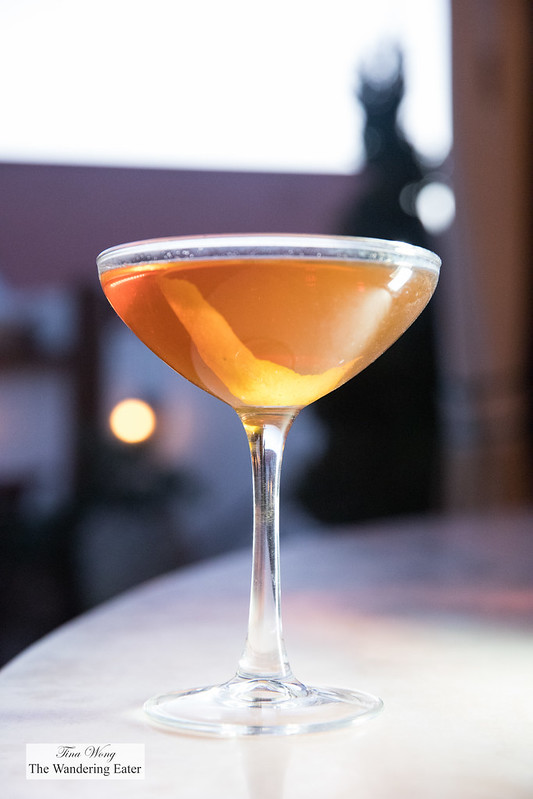 Head Mixologist Nick O’Connor was in that evening to mix our drinks. We started off with the High Plains Drifter. There’s a pyrotechnic element that’s part of the process making the drink flaming the absinthe for both flavor and aroma. The remaining ingredients to this cocktail were barley and sarsaparilla infused rye, saffron agave, Angostura bitters, and topped with an orange zest. This drink is the one you’d have either at the beginning or the end of your night. It’s the one you’d want to sip since it’s the spirit-forward, brooding kind of drink (it’s the cocktail I like, frankly) that has enough bitterness and a delicate touch of sweetness to balance it right. 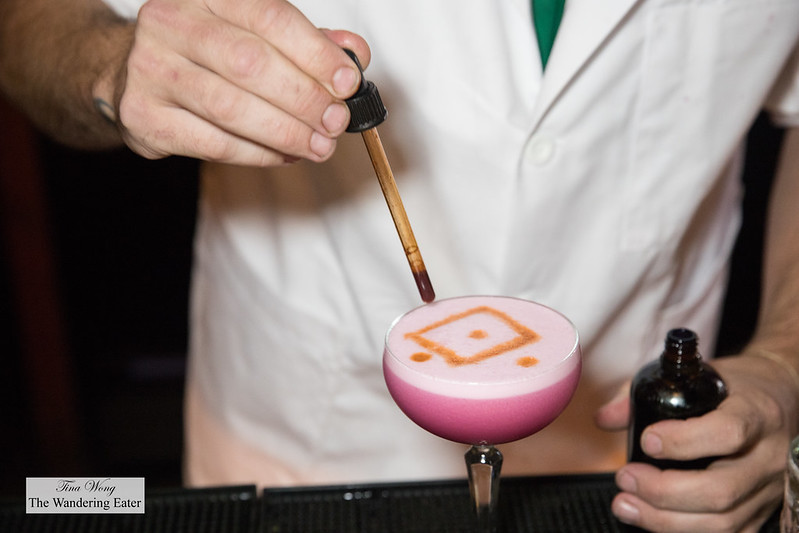 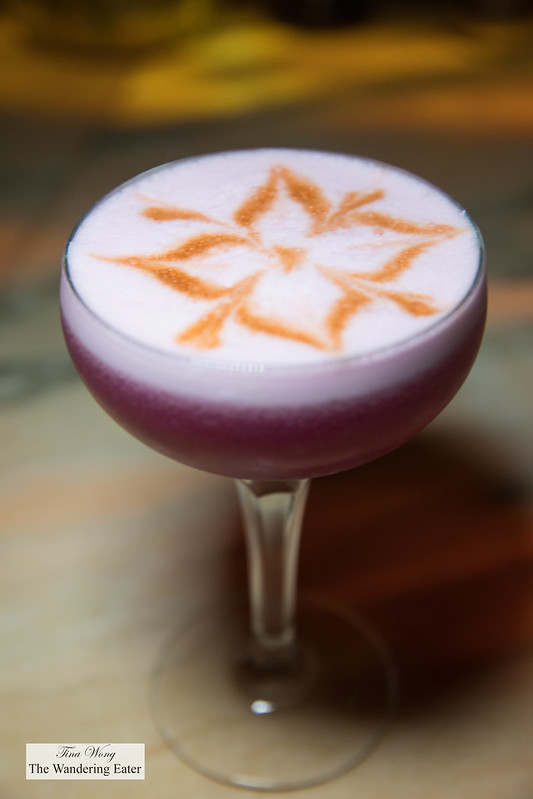 The Hollywood Antoinette made of Pisco, cactus pear, strawberry, lime, egg whites, and Angotsura bitters is a pretty cocktail since it has the purple-pink hue of the cactus pear juice and the foamed egg white hold up to design of the Angostura bitters dropped on top. It’s a fruity drink that is easy to drink and it’s not too sweet either. 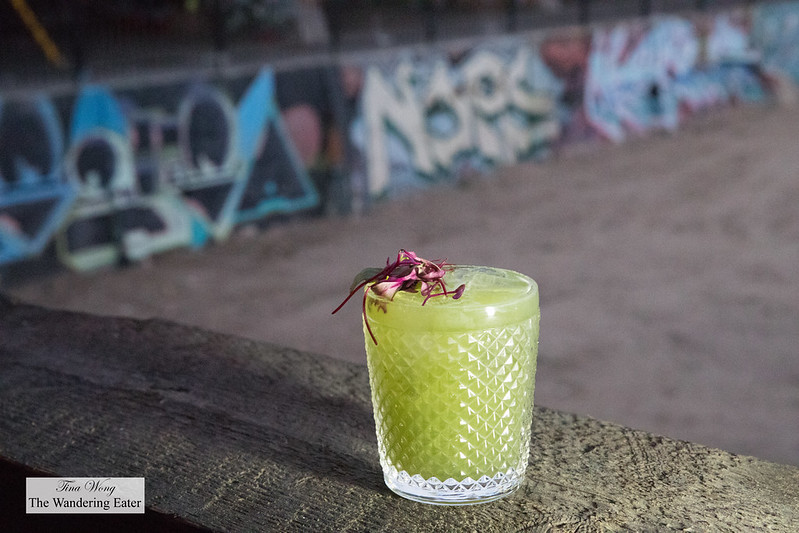 Greenseer is a vibrant green cocktail made of eucalyptus infused tequila, mezcal, honeydew, spirulina, lime, habanero bitters, and micro bulls blood. This drink is refreshing and not too smoky and has just enough herbaceous flavors. It’s the kind of drink you don’t mind kicking back on a porch or deck on a hot summer day (like it is almost everyday in LA). 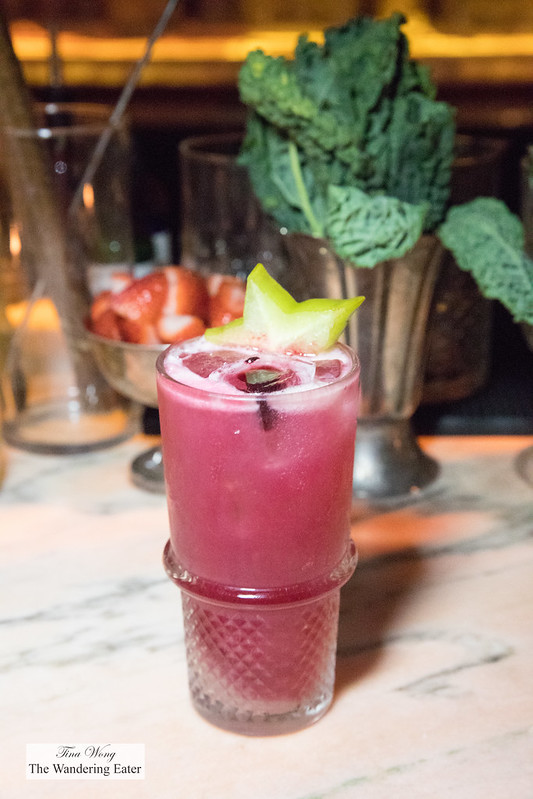 The final drink of the nigh was the Cosmonaut. It’s lavender infused vodka, ginger, hibiscus, lime, and ginger beer that is slightly fruit-forward and refreshing. The spiciness of the ginger and tartness of the hibiscus was a little more dominant than the other flavors and it’s an easy to drink kind of cocktail like the Greenseer.

The vibe of the bar is generally laid back but the staff is serious about their knowledge of the menu and spirits. Though no food is served here, it’s a cool spot to have a drink in downtown LA area.