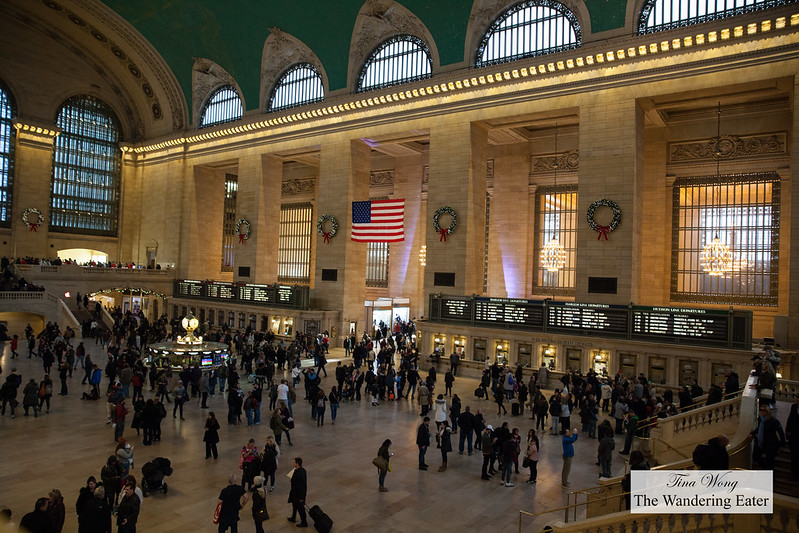 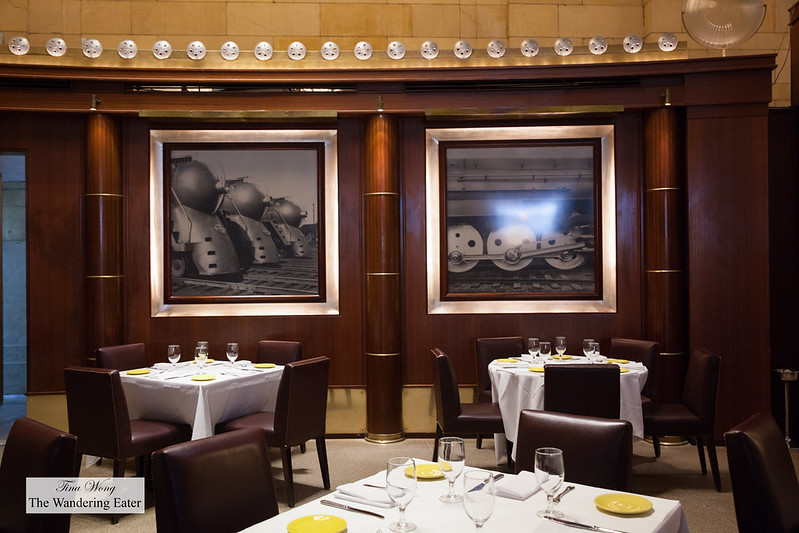 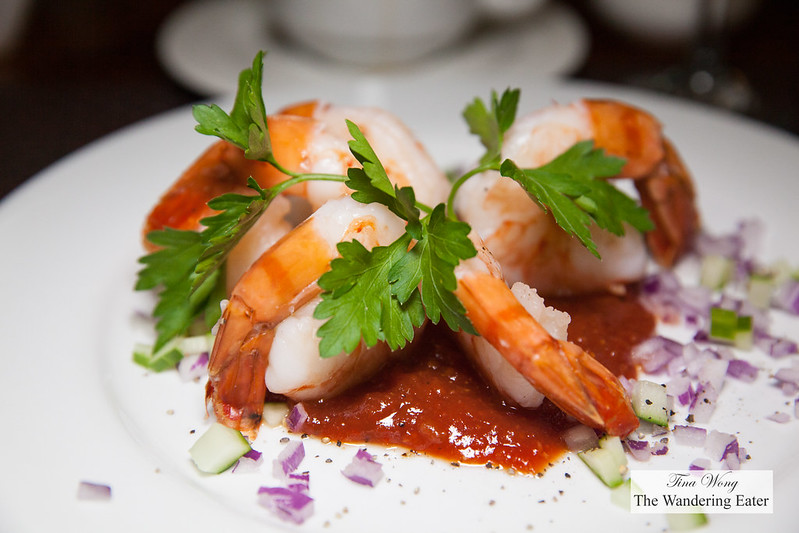 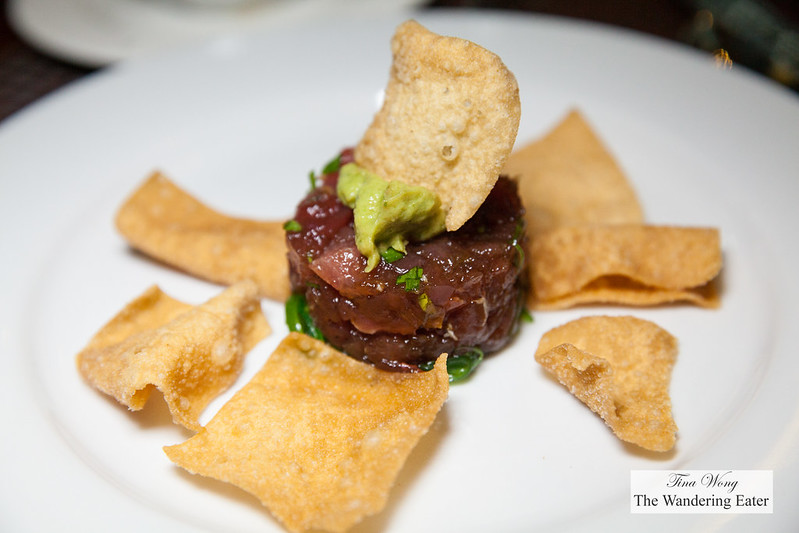 I love the Grand Central station for its gorgeous architectural elements and well, it’s one of the major transportation hubs in New York City. I admit, during the holiday season I tend to shop around the area since there’s Saks and Bergdorfs and many of other beautiful stores to shop in Midtown. Michael Jordan’s Steakhouse is a very good option for a holiday shopping break and the best part is the view of the architectural marvel.

I went there with a friend and started off with cups of coffee and mimosas. The shrimp cocktail and tuna tartare were very good seafood starters and a light option to begin the meal. 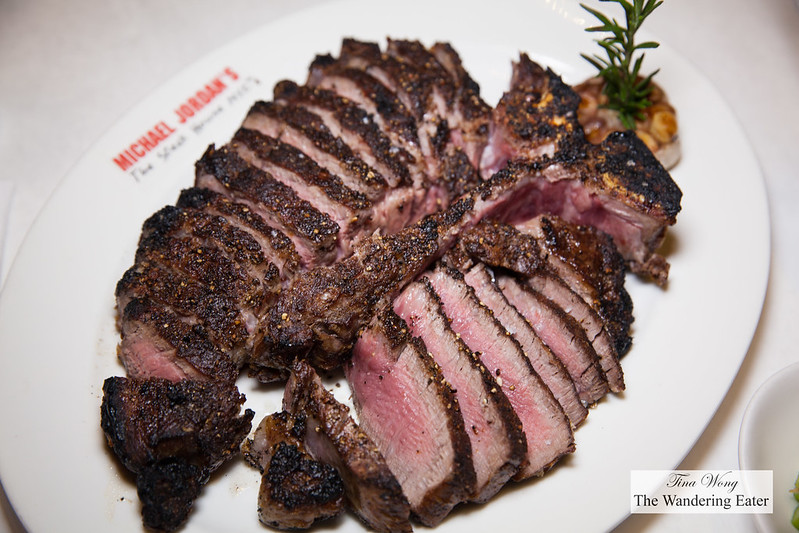 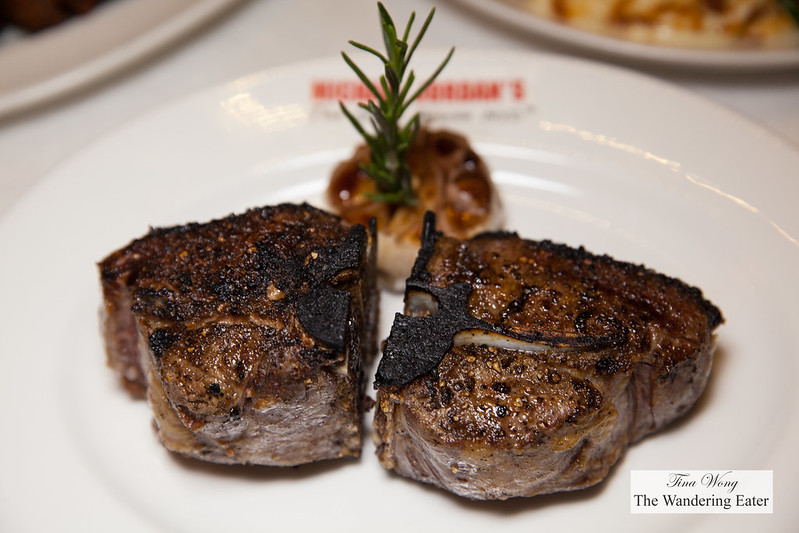 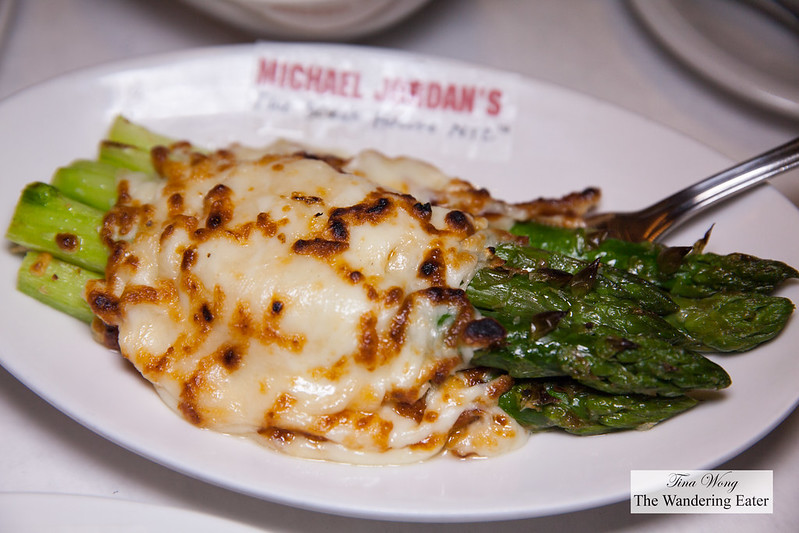 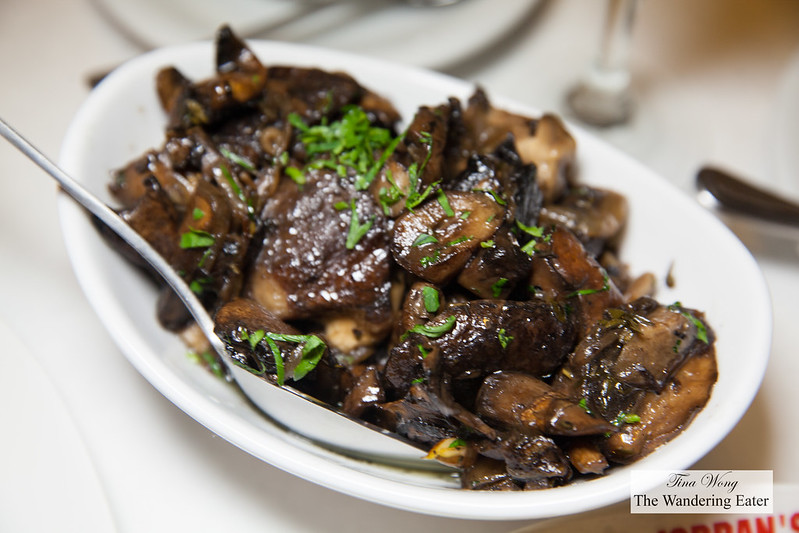 For the main event, there’s the 21-day aged porterhouse for two and grilled lamb chops. The porterhouse was satisfying. For both meats, they were not too fatty and it’s perfectly seasoned with the nicely charred crust of salt and coarsely ground black pepper. The lamb was actually meaty (I’ve had one too many bony lamb chops when I eat out at various steakhouses).

The sides we had were the asparagus gratin and sauteed mushrooms. Both were very good but I enjoyed the mushrooms a bit more since there’s a bit of vinegar or acid in there that is a nice contrast from all of the meat. 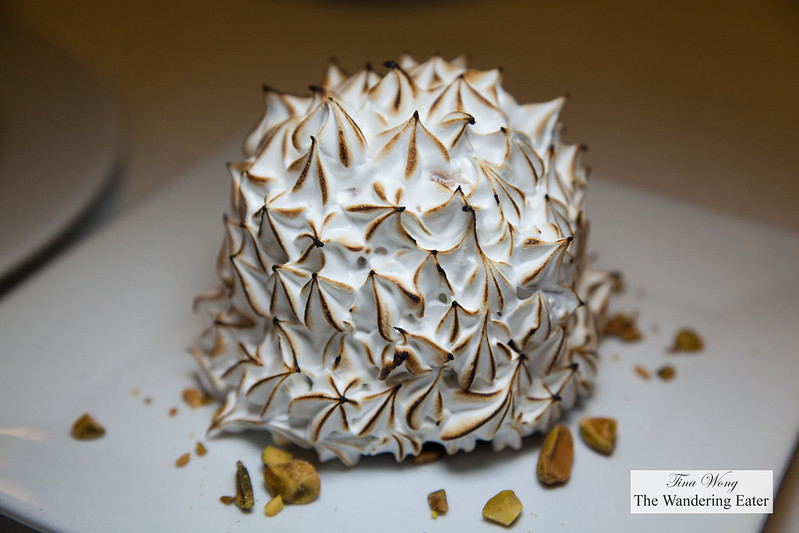 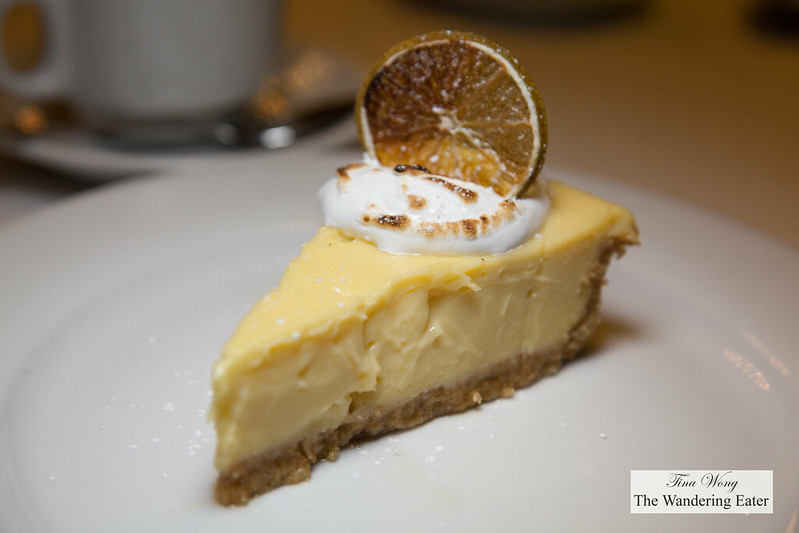 Though full, we must have dessert. The baked Alaska was a pretty dessert and it was good and not too sweet though my issue was the ice cream being too icy in texture. The key lime pie was nicely tart and creamy.