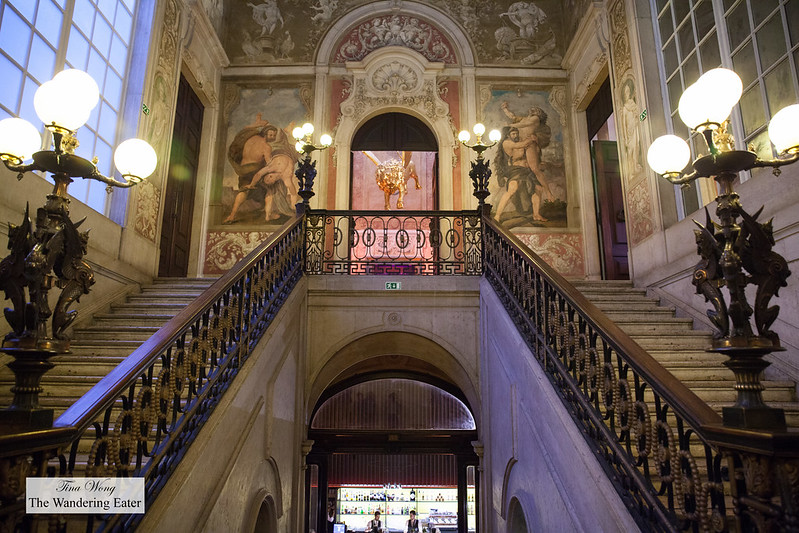 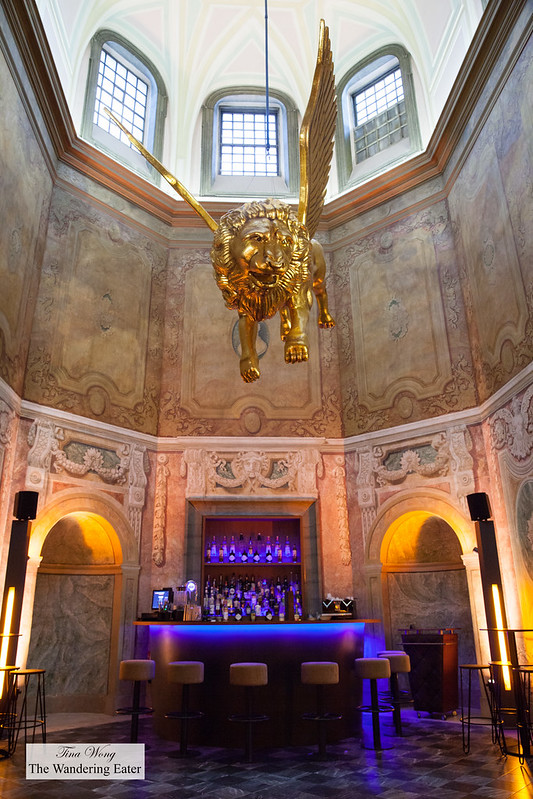 The Príncipe Real district recently transformed into a shopping gallery, came the transformation of Quintela Palace in Chiado into a gastronomic destination. Each of the beautiful 18th-century rooms, spread over two floors, have different concepts (a total of seven.

On the ground floor is the bar, with tables and sofas for dining, or simply to chill out with a drink. In the remaining rooms are the “Meat Bar” (steaks), “Páteo no Palácio” (traditional Portuguese tapas), “Bacalhau Lisboa” (codfish), “Local Chiado” (local cheeses and charcuterie), “Espumantaria do Mar” (seafood and sparkling wine cocktails), “Delisbon” (Portuguese cheese and charcuterie) and “Sushic” (sushi).

In between, you may see all of the beautiful interior of the palace, built as the residence of a nobleman, Barão de Quintela. The highlight is the stained glass on the stairs between the two floors, and the frescoed ceilings. 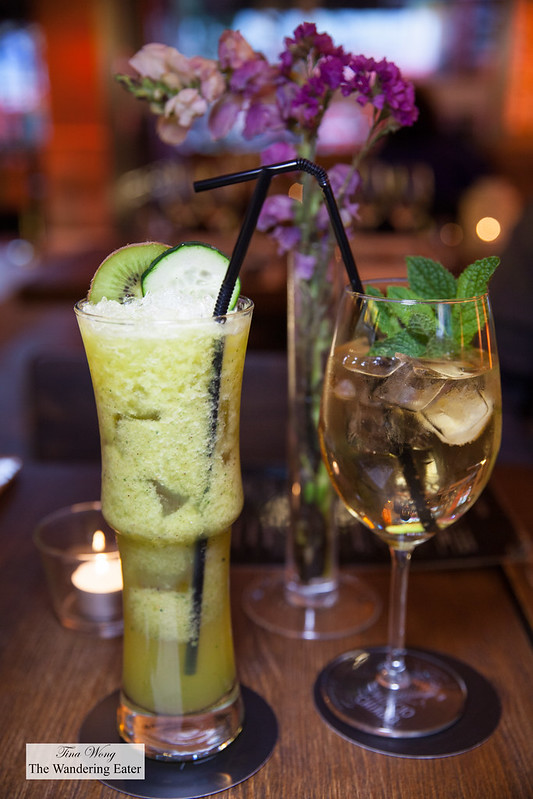 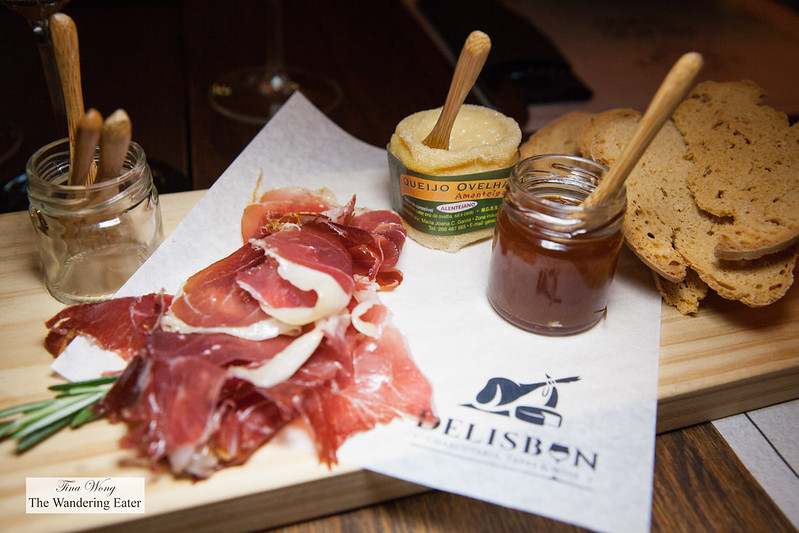 As we entered under a stone archway hugging two oversize wooden doors, a nattily dressed man motioned us through a glass door, then thrust white plastic charge cards into our hands. Those cards (on which you run a tab and pay on the way out) at the ready, we set off to explore the 18th-century palace that houses Palácio Chiado, which opened to a lot of buzz in April 2016.

We started out with a traditional drink of white port tonics and Lisboa A3 juice (a blend of kiwi, tangerine, cucumber and lemon) . Both drinks were light, refreshing and pleasantly sweet. Our plate of local cheese and ham from the Delisbon section of the restaurant. The waiter said we have Iberico ham from the premium brand Cinco Jotas or 5J (as most of us are aware, it’s a Spanish brand but the staff informed us that the pigs were bred and raised in Portugal) and we were informed that the cheese is called “butter cheese” and reading the label it’s a local sheep’s milk cheese and served warm. Both were delicious and the honey tamed the sharpness of the cheese. 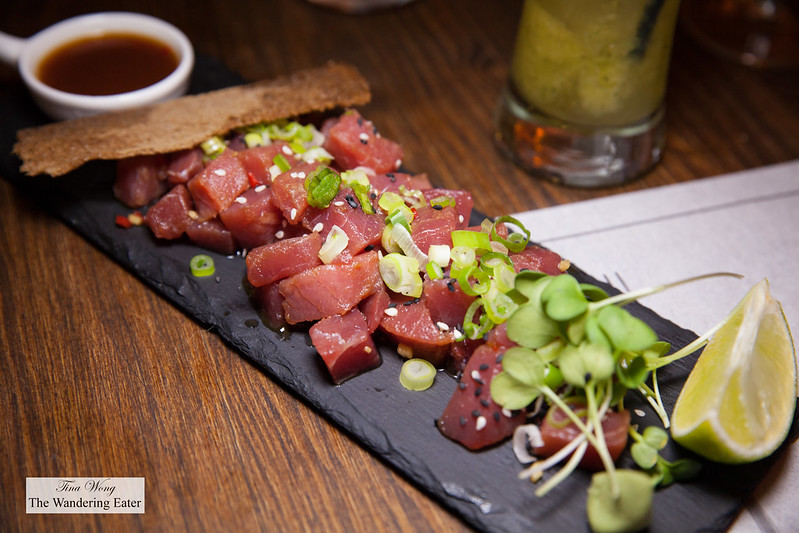 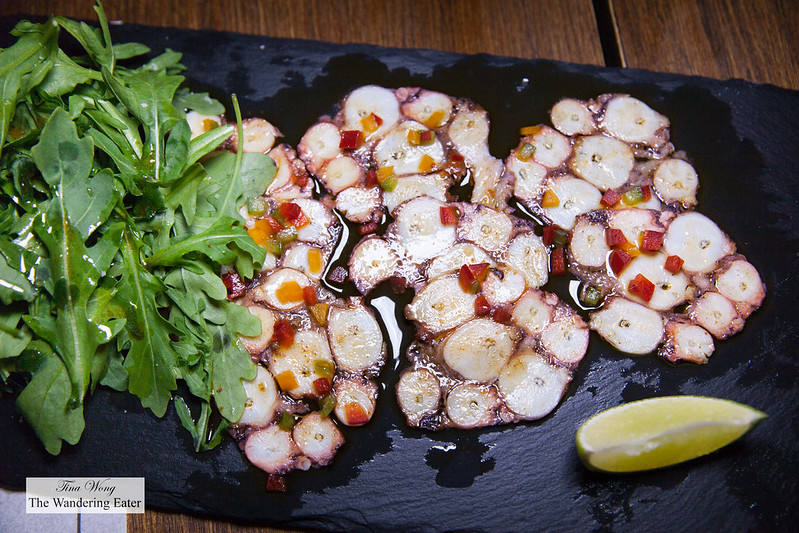 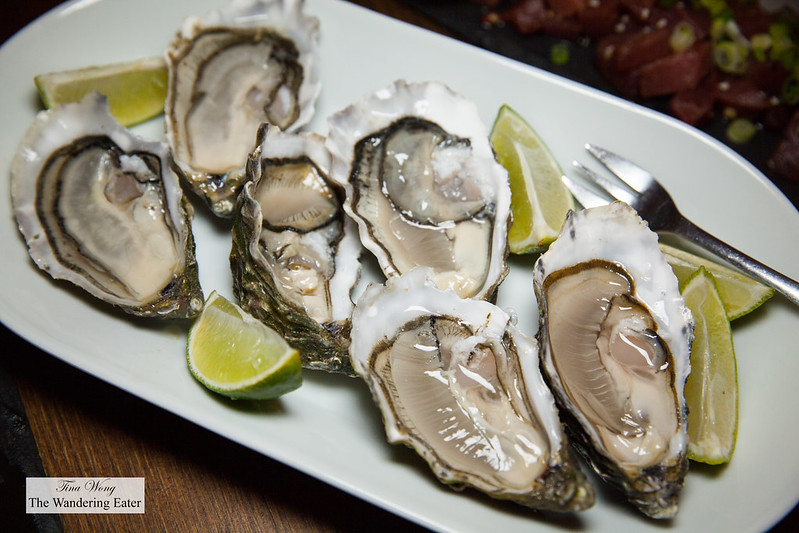 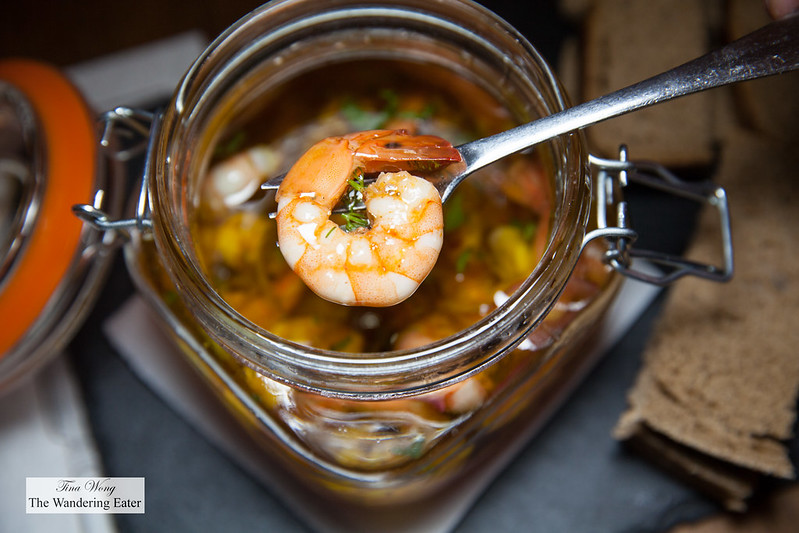 For the remainder of our meal, we primarily stuck with the Sea by Local since we were in the mood for seafood. The tuna tartar was simply done with a touch of soy sauce and sesame oil and it was tasty. The octopus carpaccio was was silky and dressed in olive oil and the touch of paprika and diced peppers to add a touch of smoldering spice was lovely. Fresh shucked oysters were wonderfully briny. The shrimp in olive oil is a traditional Portuguese dish. The sweet shrimp was fresh and enjoyed the garlic and paprika flavors. 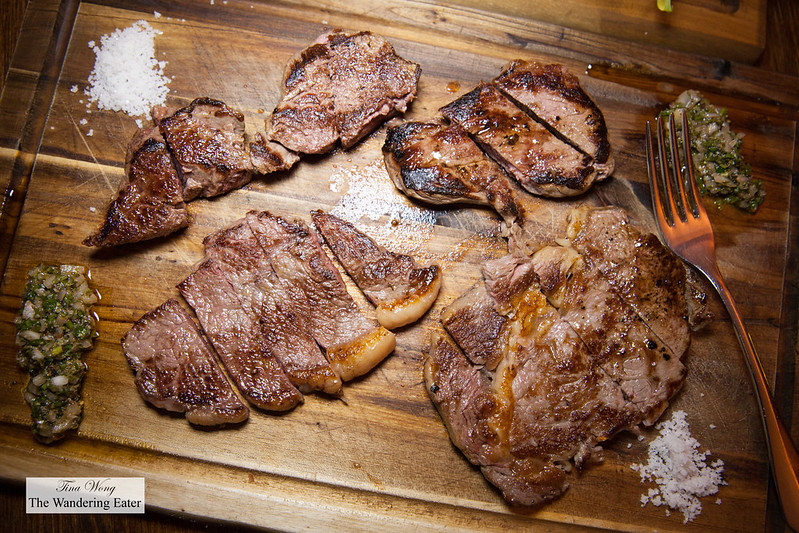 We still felt a tiny peckish and had smaller portion of Atalho that contains dry aged beef fillet, Black Angus picanha and Wagyu. The beef were good quality but found one of the steaks a little tougher and because it’s cooked to medium. Otherwise, it’s a fine plate of hearty steaks.