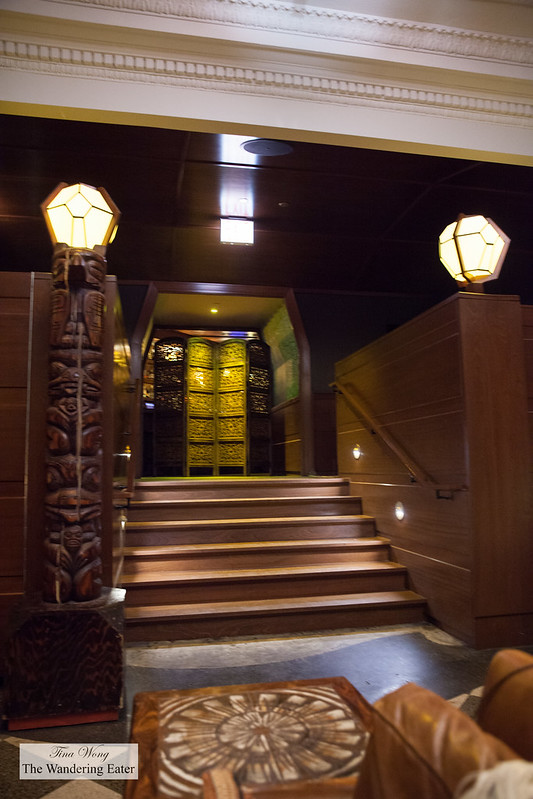 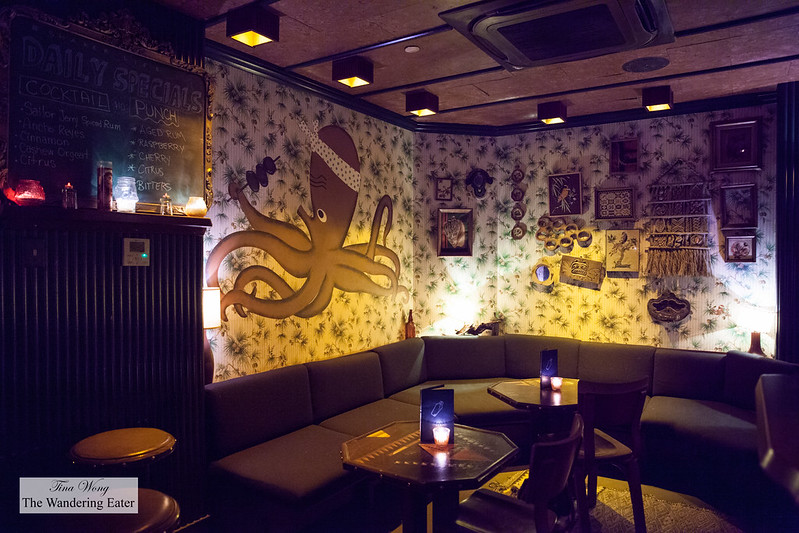 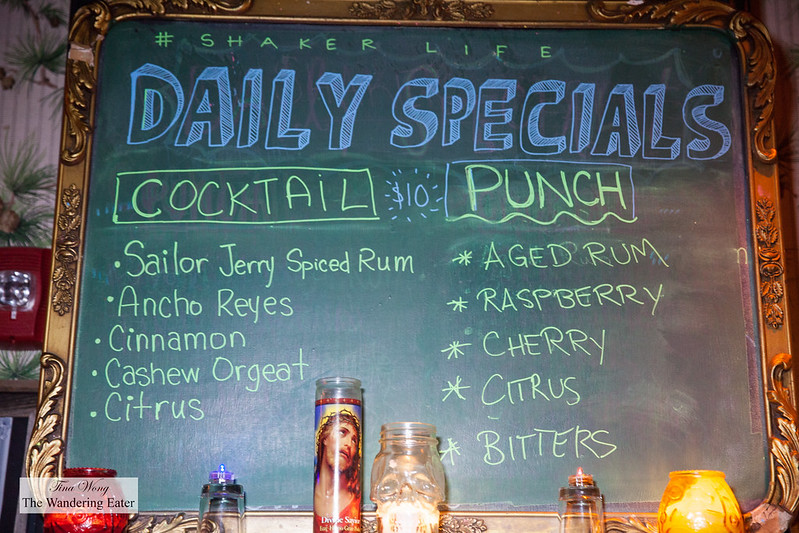 Another hotel bar in Chicago’s Millennium Mile that has really great drinks is The Broken Shaker at Freehand Chicago. The atmosphere is much more casual and laid back but the drinks are a little wacky and ingenious but seriously good and balanced. There are some bar food served at this establishment but we stayed here for the drinks since we had dinner right afterwards. 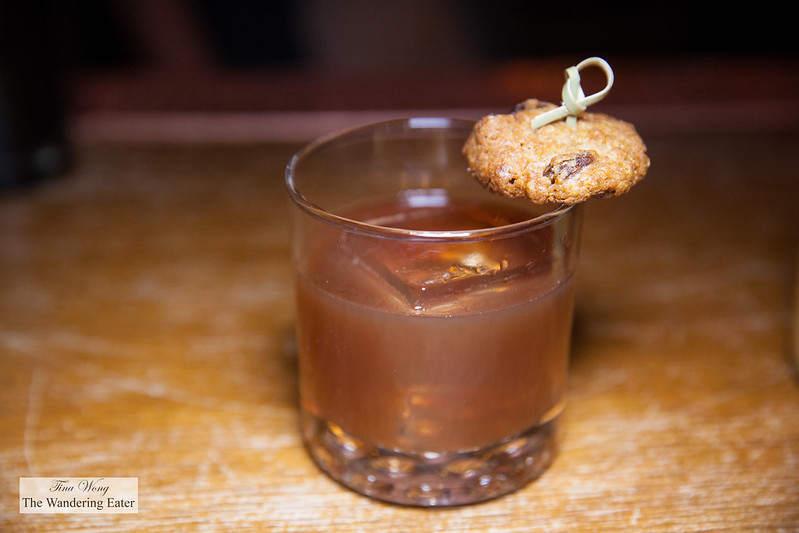 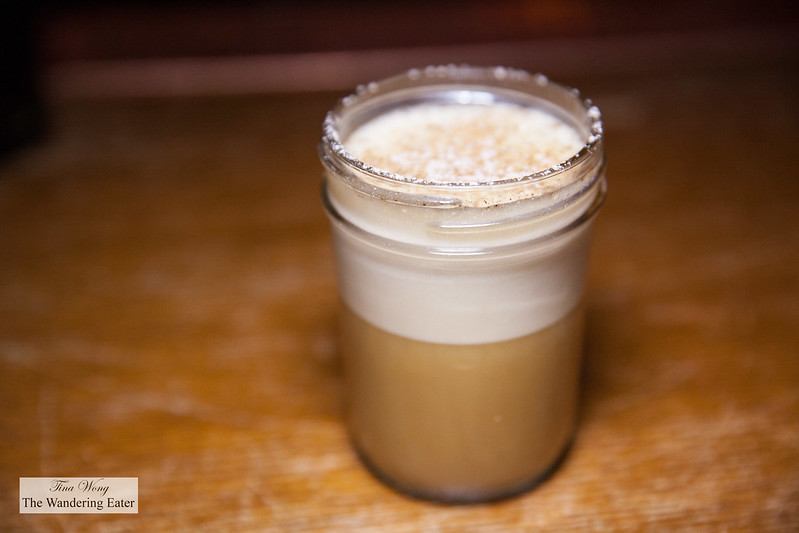 The first round of drinks had was the Oatmeal Raisin Old Fashioned and Walnut Flip. The Oatmeal Old Fashioned is pretty amazing that it does taste like an oatmeal cookie from the oatmeal-washed Old Forester, mellow core whiskies stirred and with cinnamon raisin cordial and brown butter Angostura bitters. It’s not sweet and it has the balance of an Old Fashioned.

The Walnut Flip was a very lush, creamy drink that I should have known better to finish off the evening rather than starting it off. It’s surely a comforting, very tasty drink made with Johnny Walker Black Label, Great King Street Blend Scotches blended with Amaro, walnut liqueur and a whole egg. 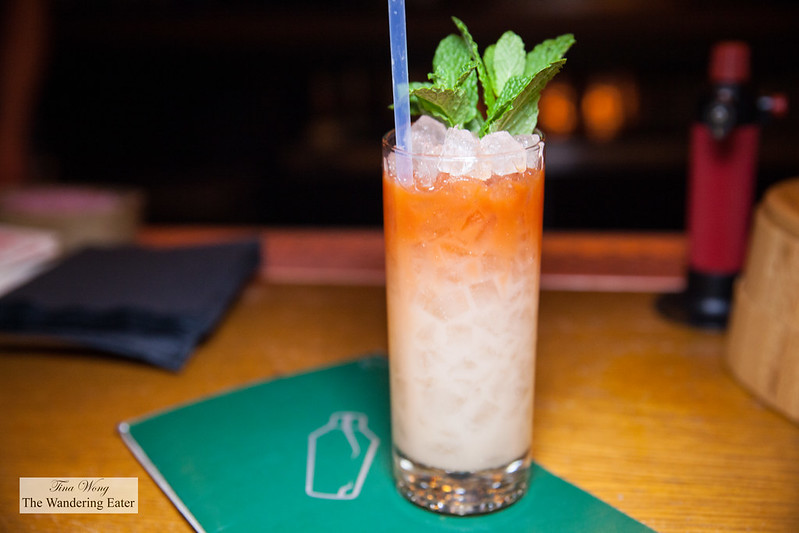 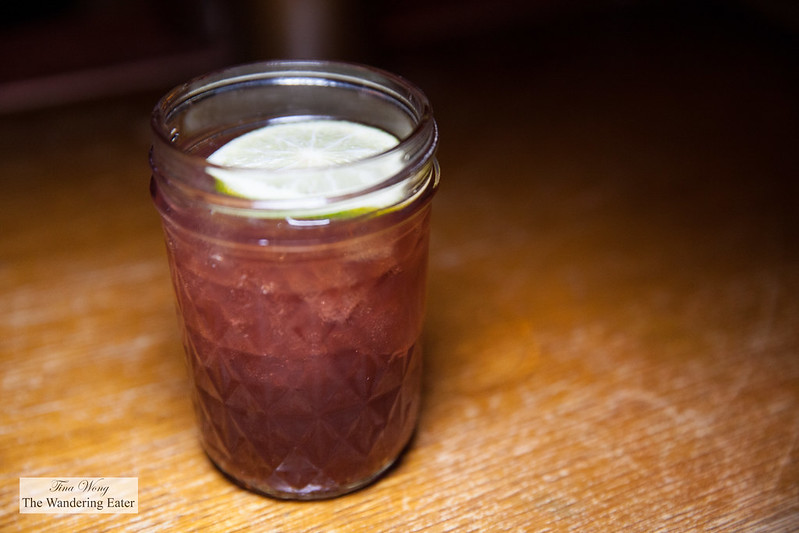 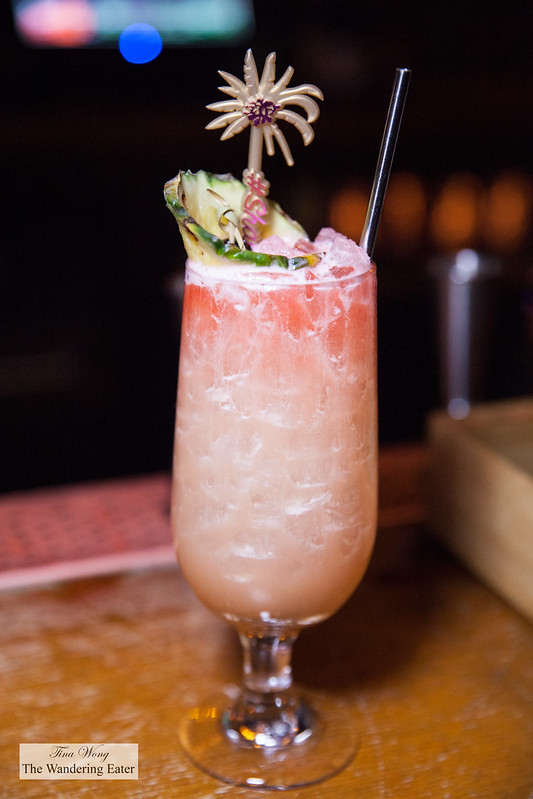 The Maghrebi Swizzle made of Bacardi 8-Year Rum, Batavia Arrack swizzled with Chinese gunpowder tea cordial, fresh citrus, mint and an Angostura bitters halo was a super refreshing drink. The ombre halo of bitters does make a difference on the drink making it a bit earthier and boozier.

Daily Special Cocktail the evening we were there was a mixture of Sailor Jerry Spiced Rum, Ancho Reyes, cinnamon, cashew oregat, and citrus. It’s a wonderful drink that is slightly sweet, spiced and refreshing all at once.

My friend tried out the Dealer’s Choice with the spirit of choice is absinthe and mentioned about his liking of elderflower, something refreshing and a liking for anise flavors. We watched our bartender concocting this off the top of his head and it was fascinating how far left field with the flavors (I mean this in a good way) by asking the little questions like does my friend like pineapple and the like and kept adjusting. It probably took him three minutes or so from mixing glass to the final cocktail glass. In the end, we were told he used aquavit, pineapple, Benedictine, honey, lime, Pernod absinthe, and finished with a Peychauds float. It’s stunning how good this drink was. You taste the licorice flavors leading to the ethereal elderflower and pineapple taking over midway to finish. Many chefs and even bartenders tend to avoid pineapple because it tends to dominate an entire drink or dish but for this drink, it’s beautifully balanced. 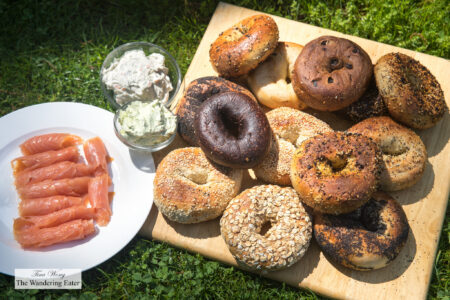 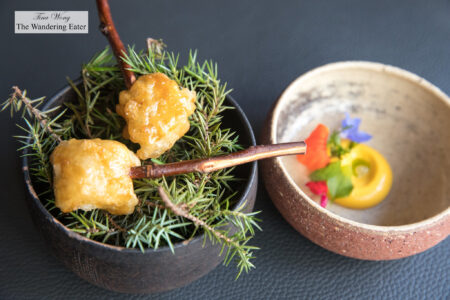 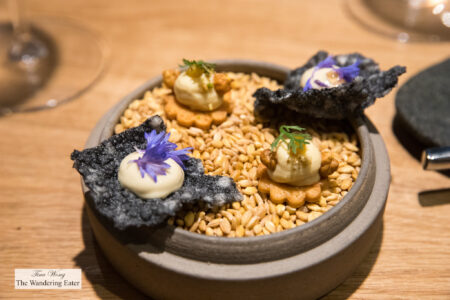