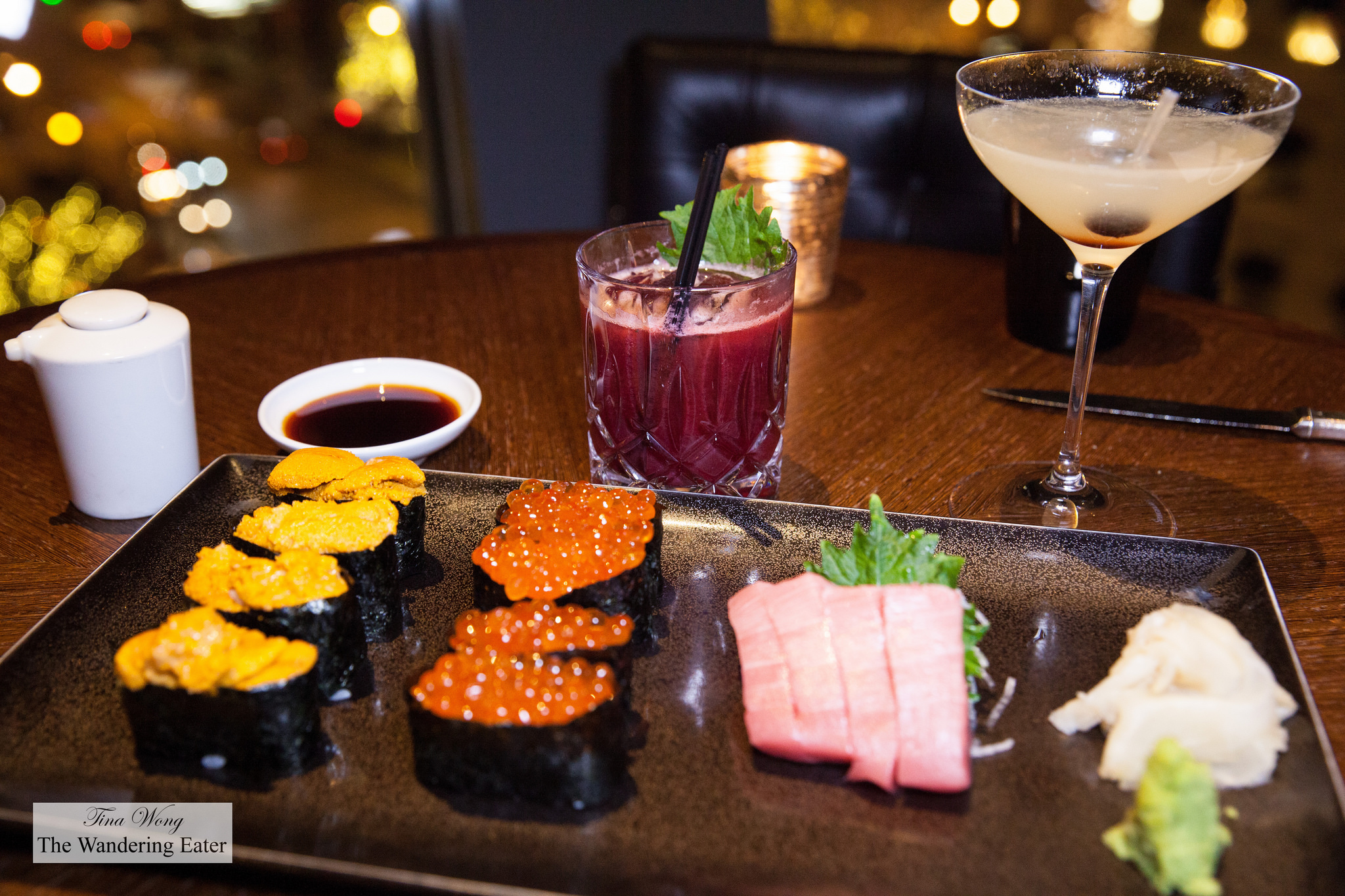 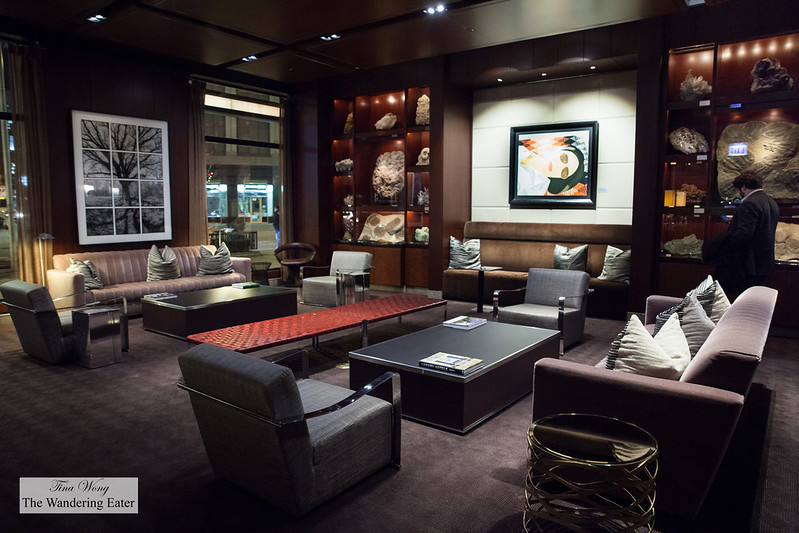 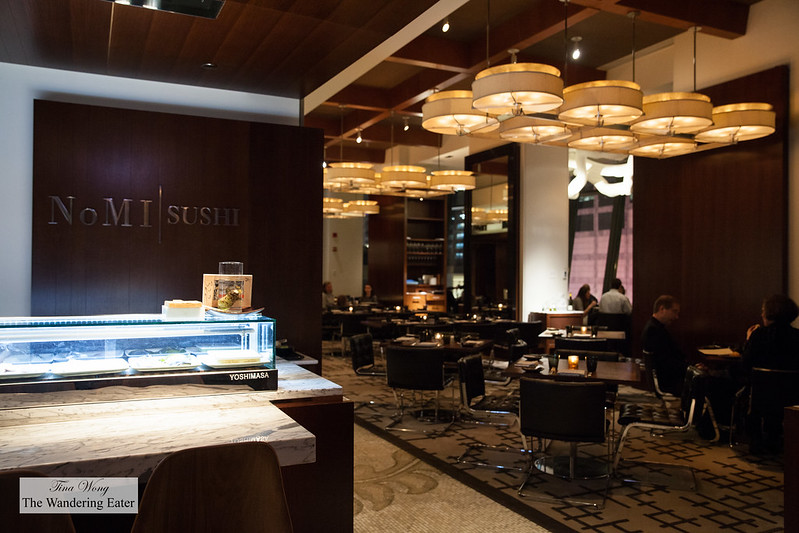 Entering the sleek and modern lobby of Park Hyatt, we were whisked by the hotel staff to the seventh floor where NoMI Kitchen resides. It’s a beautiful restaurant that has a large bar/lounge area that opens up to NoMI’s sushi area that shares the semi-open space with the Western style kitchen and the dining room. If you are fortunate to have a table near the windows looking out to the stunning, open view of the Water Tower and parts of Millennium Mile. 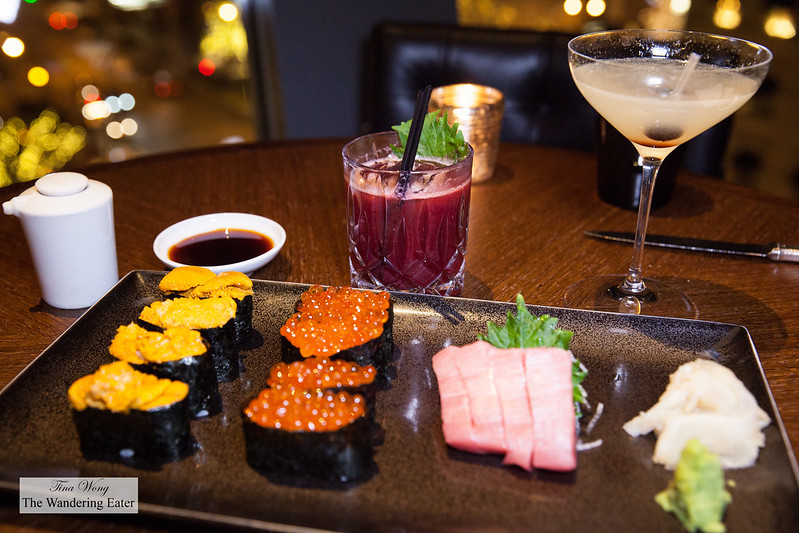 We were amazed how good their cocktails were. The Huck Ginn is a mixture of Beefeater gin, huckleberry juice, shiso, yuzu and allspice dram that has distinctively clean flavors of each ingredient and it was harmonious. The classic Corpse Reviver #2 made of Citadelle Gin, orange curaçao, Cochi Americano and lemon was very refreshing, citrusy flavors. Different in styles but both very quaffable.

We absolutely adored our platter of sushi. The fish and ingredients were fresh and properly treated. The uni (sea urchin) sushi was sublime — sweet, creamy with a touch of brine and the sushi rice was cooked perfectly and it’s not mushy. The ikura (salmon roe) was equally good as the uni except the ikura is much saltier and it pops in your mouth than having the creamy texture. The thick slices of chutoro (fatty tuna) was incredibly good. It’s like eating fish butter, if you could get my drift and clean tasting. 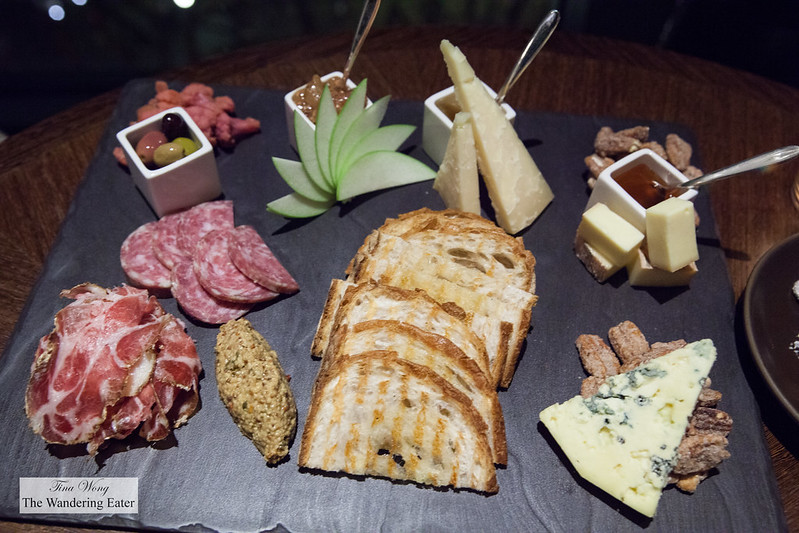 When we were waiting at the hostess stand earlier, we saw this incredible looking cheese and charcuterie refrigerator stocked with wheels of clothbound cheddar and several types of salumi that we were tantalized to order their large charcuterie and cheese platter. The boad looks beautiful with but it fell short in terms of what we had in the end. The condiments were superfluous. The small ramekins of olives, pickles ans jams with piles of toast points almonds and were pleasant but a bit too much. The cheddar was good and aged enough that it has the tyrosine, bits of delectable cheese crystals. The blue cheese was fine. The prosciutto and thick sliced salami good but it felt like it’s missing something to make it delicious. 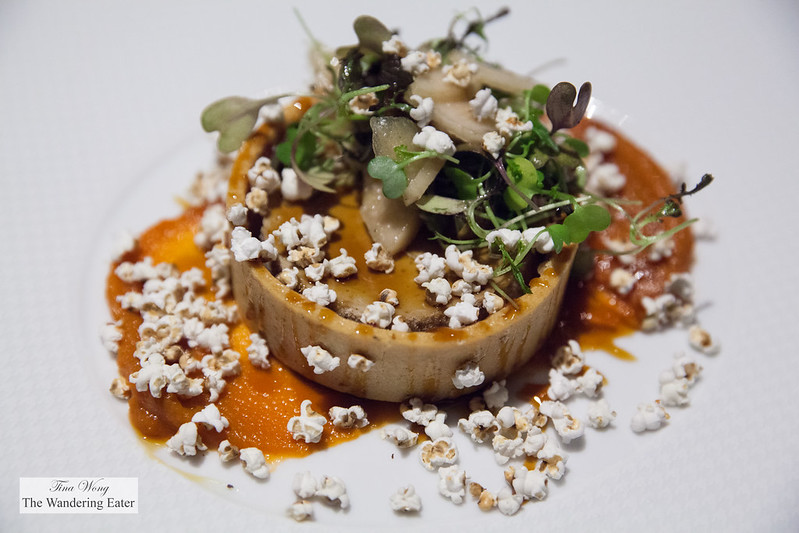 The foie gras tart was a good savory tart that had notes of sweetness from the roast carrot puree and pear aigre-deux. The popped sorghum looked like a fun, textural element but it’s not a crucial part of this dish. 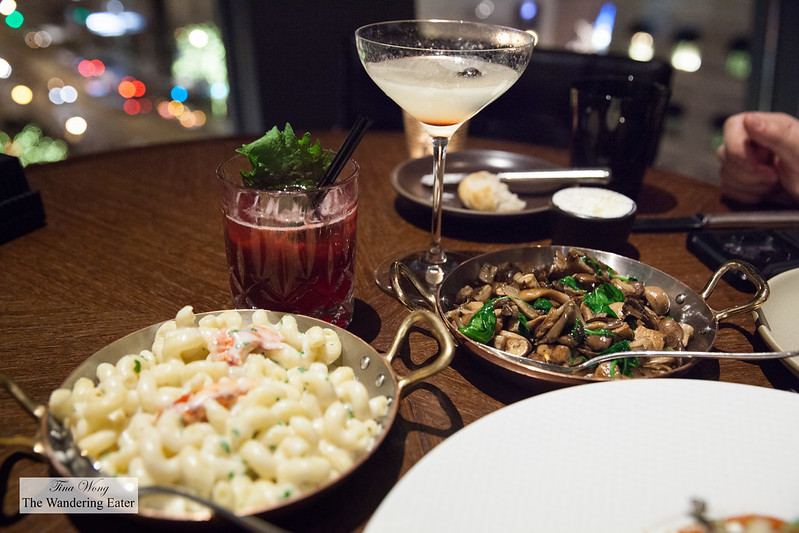 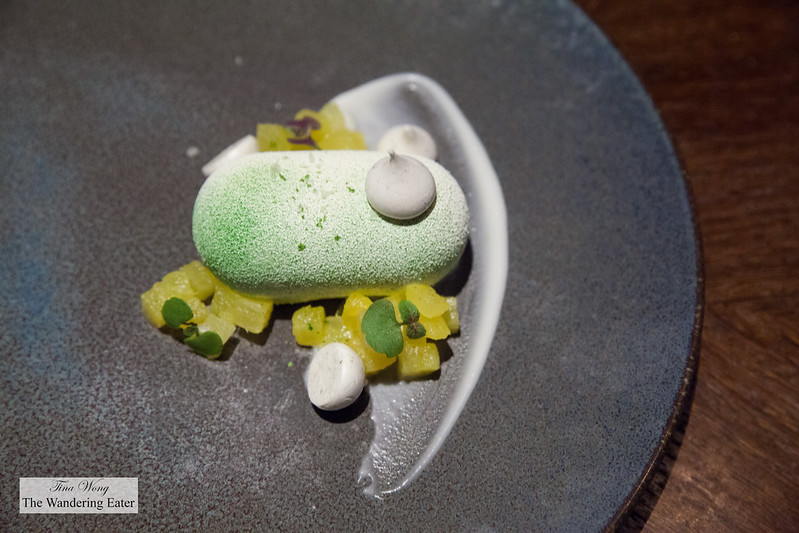 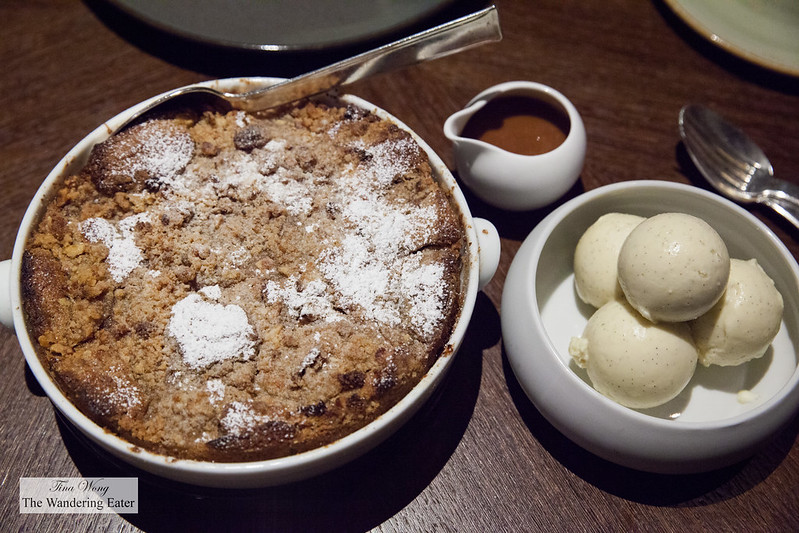 For desserts, we have enjoyed the seasonal apple cobbler for two. The large ceramic bowl of this warm, comforting dessert was nicely done and it’s not overly spiced with clove and cinnamon. The best part of the dessert was the black pepper cajeta. Something about the sweet, slightly floral and peppery caramel sauce that was incredibly addictive. The triple vanilla goat’s milk ice cream was intensely vanilla flavored but the texture is in between a sorbet and a dense ice cream that I would almost call it a milk ice but nevertheless, it’s very tasty.

The key lime mousse looks like a modern pastry with the cylindrical form and light green white chocolate that’s airbrushed on to the pastry. The flavors of the mousse was good. There’s a nice balance of sweet and acidity from the vanilla poached pineapple and there’s bits of crispy texture from the black pepper meringue was great (and its sharp flavor was appreciated).

Overall, we absolutely loved the cocktails and sushi at NoMI and definitely will come back for those two when we return to Chicago. The cooked food is a mixed bag but it’s still enjoyable. Service was attentive and they actually paid attention to the lighting on my table since they’ve realized I was taking photos of the food. (Rare to encounter a venue that individually controls the lighting of each table and I meant this as a compliment.)