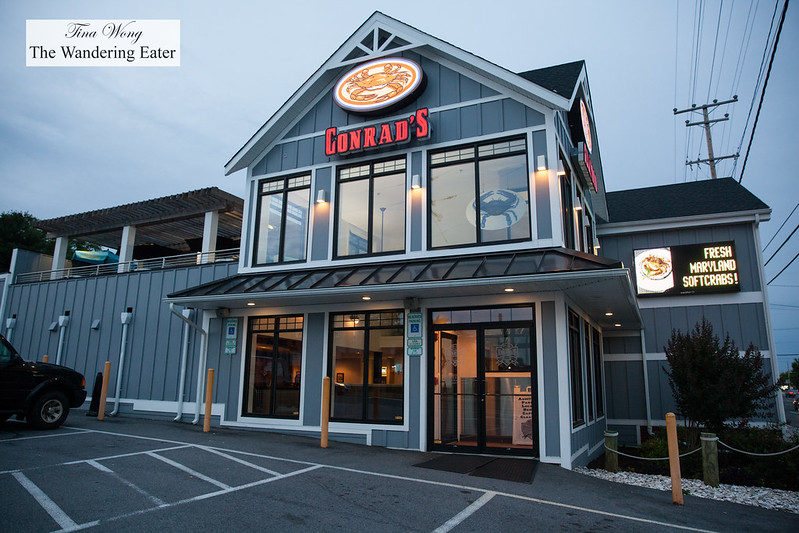 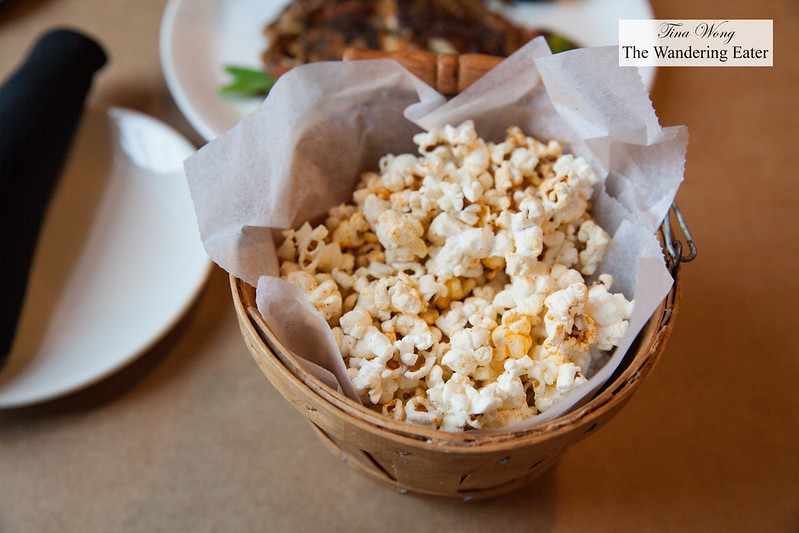 If you’re going to be in Maryland’s coastline, you have to have their famous blue crabs. There are a couple of seafood restaurants are well known for serving this particular crusteacean but we chose Conrad’s Seafood. Conrad’s is a family run restaurant mini chain (they have four locations in Maryland) and we stuck with Perry Hall since it’s the closest to Baltimore rather than taking another hour long drive out to the coastline. 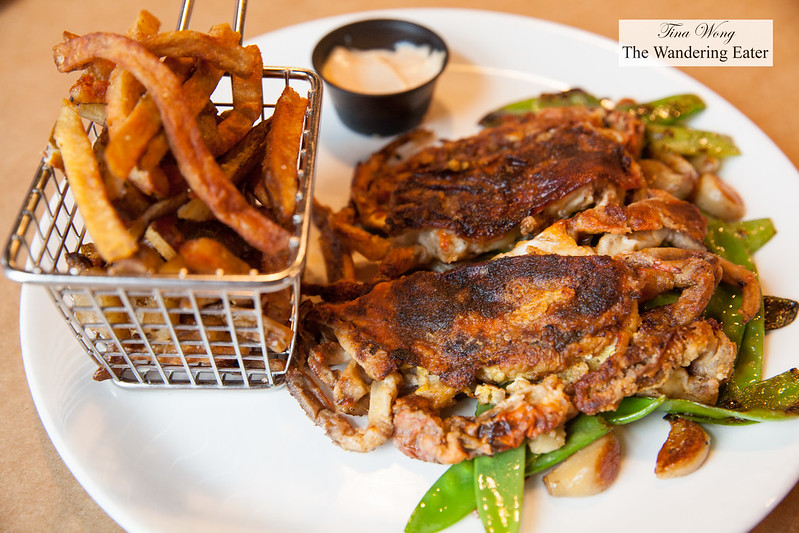 Escorted up to the main dining area on the second floor, we started out our crab-centric dinner with the seared soft shell crabs ($26) served with stir fried snow peas and a small basket of fries seasoned with spicy Old Bay. Most of the time I am partial to have soft shells to be deep fried (it’s all about the texture) but their seared soft shell crabs (these were females) were wonderfully sweet and had a fair amount of creamy crab roe. The snow peas were nicely cooked albeit a touch greasier than preferred. 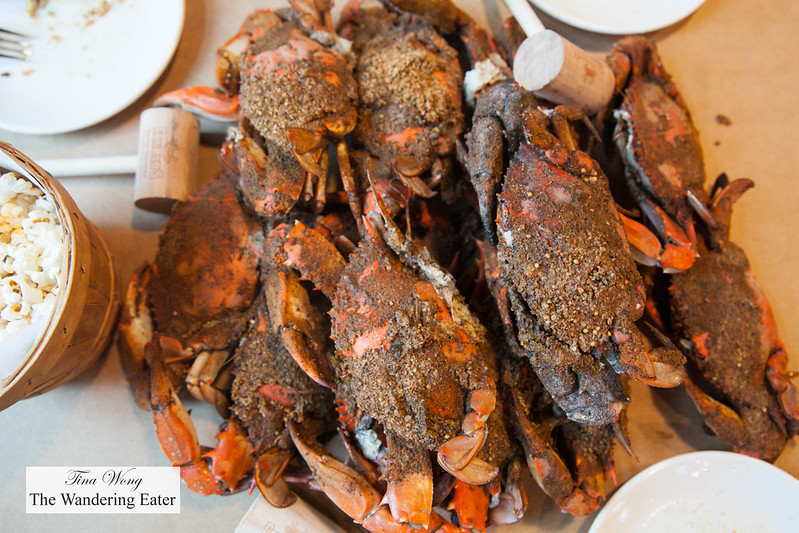 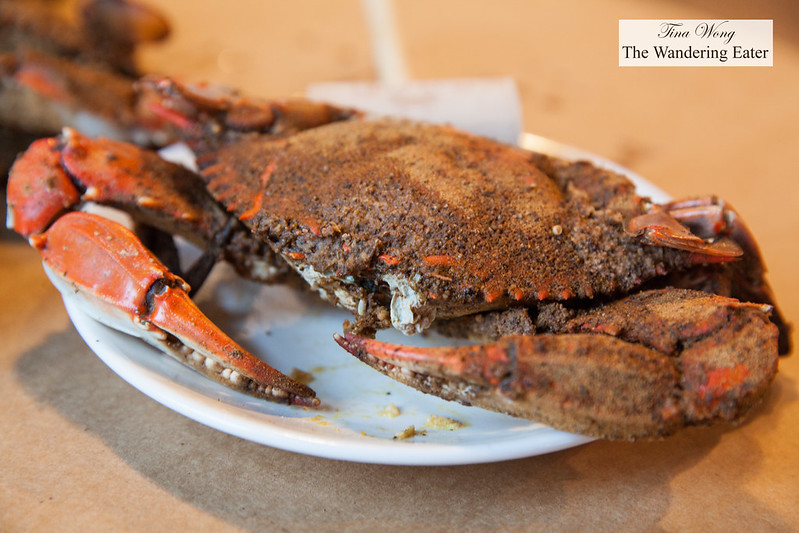 After some amount of time passing, snacking on the Old Bay spiced popcorn, the pièce de résistance of the evening finally arrived, we had a dozen of large sized steamed male crabs ($80). We were provided with wooden mallets and a roll of paper towel. (There are a pair of sinks loaded with soap to scrub your hands if it’s really messy located near doorway.)

These crabs were indeed large, meaty and very sweet despite them being heavily covered in the restaurant’s spicy blend of dry spices. We’ve probably finished about three-quarters of them and had to take our leftovers with us.