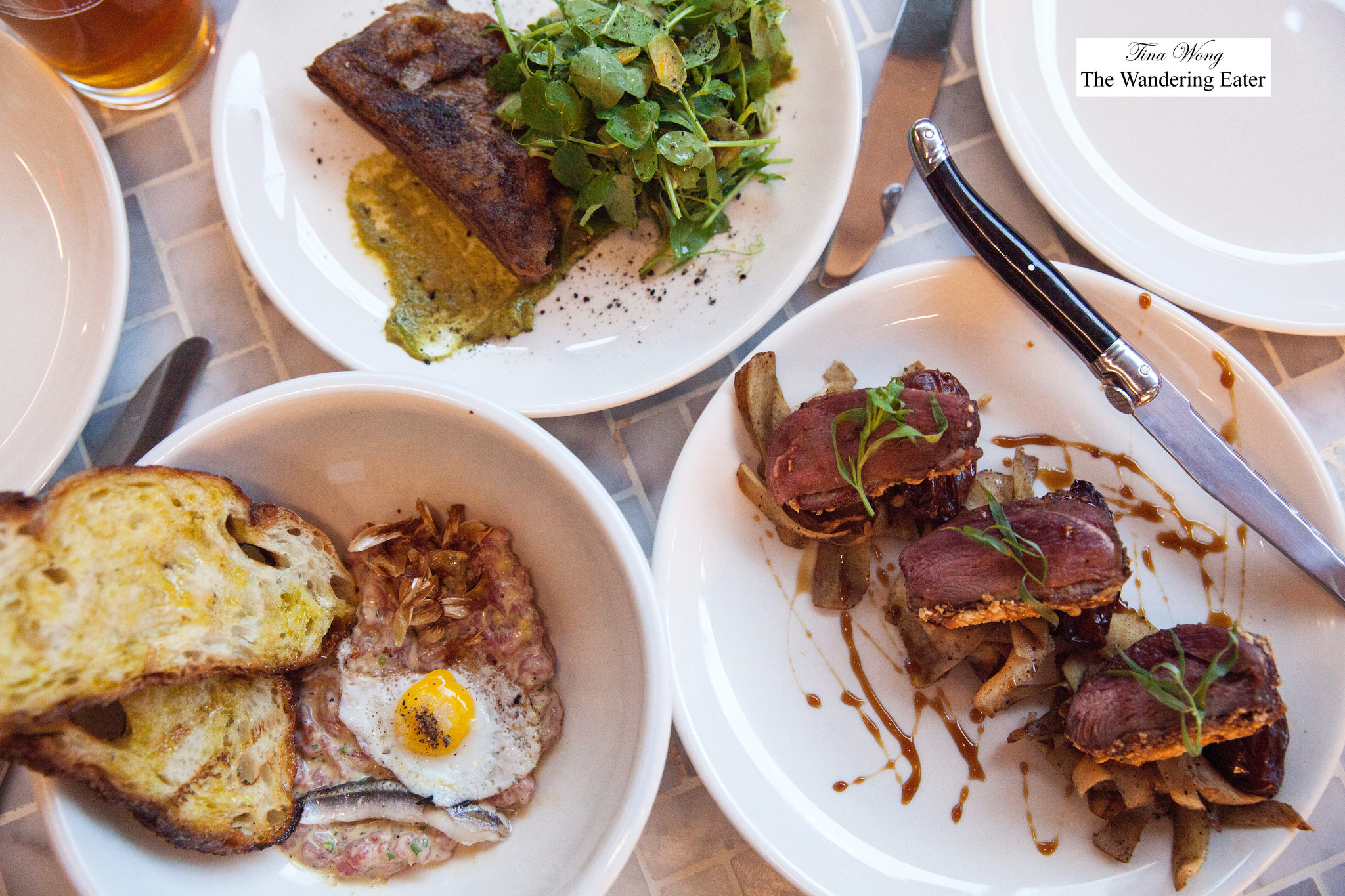 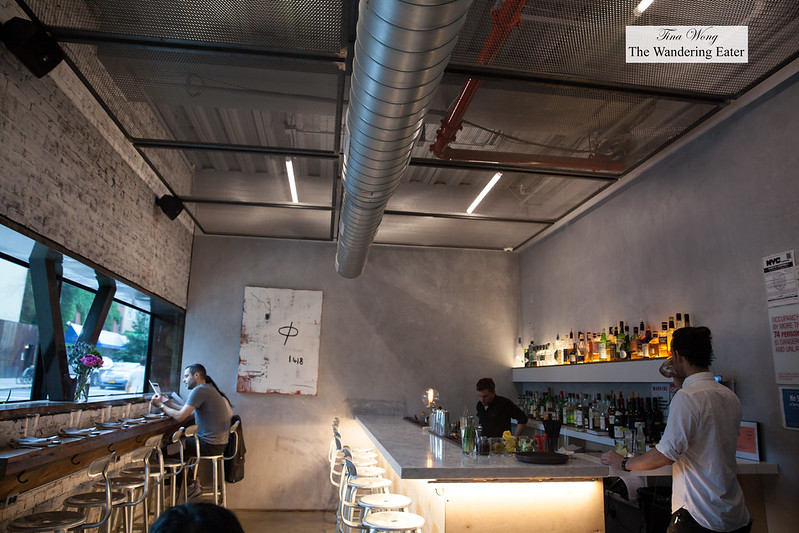 Rider is a new restaurant from chef Patrick Connolly in Williamsburg, Brooklyn performance space National Sawdust. Chef Connoly won a James Beard Award while at Radius in Boston before decamping for Bobo here in New York City several years ago. The restaurant is named after the hospitality contract musicians have with performance venues that covers food and beverage. Roughly 65 seats are divided between two floors, with a marble bar downstairs, a wall of windows above, and a bench made of timber salvaged from the building’s former life as an actual sawdust factory. 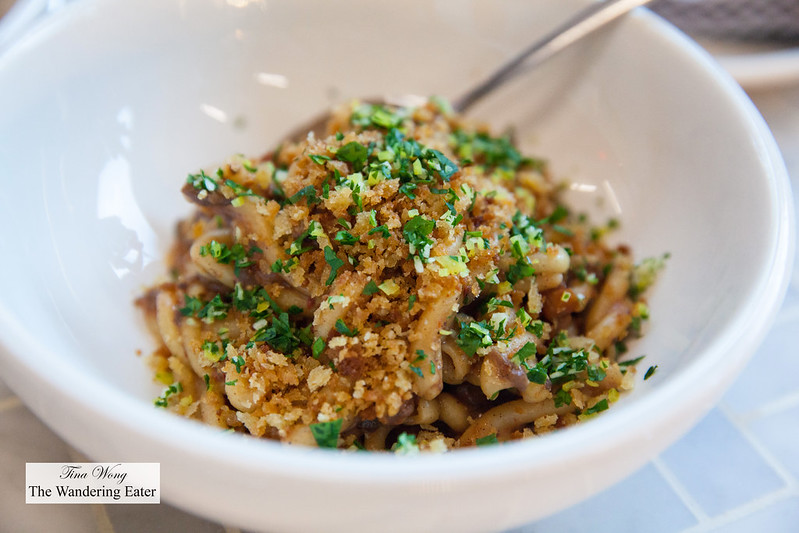 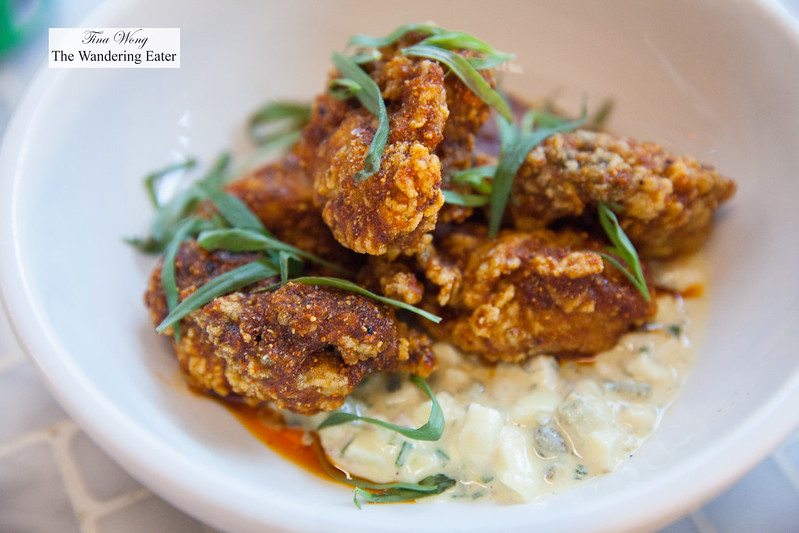 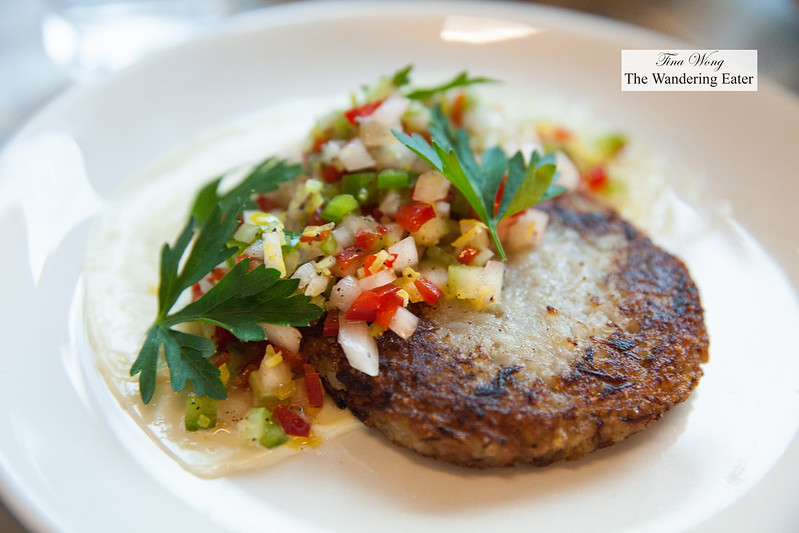 Our dinner was broken up into three courses, so to speak, since we ordered a series of dishes. The housemade gemelli ($15), mushroom bolognese, black truffle tofu, and breadcrumbs was delicious. The pasta slightly past al dente but it still held up to the bolognese and tofu. What really stuck out in my mind was the haunting (in a good way) note of anise that lingered in my palate. The hot fried oysters ($21) with sweet togarashi, sauce gribiche, fines herbs arrived piping hot. The oysters were crisp on the exterior but creamy. The sauce was indeed spicy but sweet at the same time. Deeply enjoyable for those who love spicy food. The salt cod cake was fine but what really made this dish better was the acidic celery and red bell pepper salsa on top. 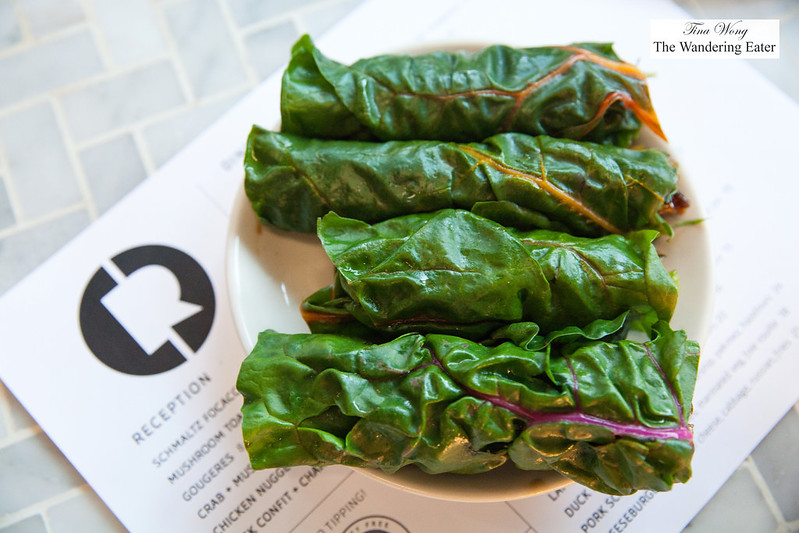 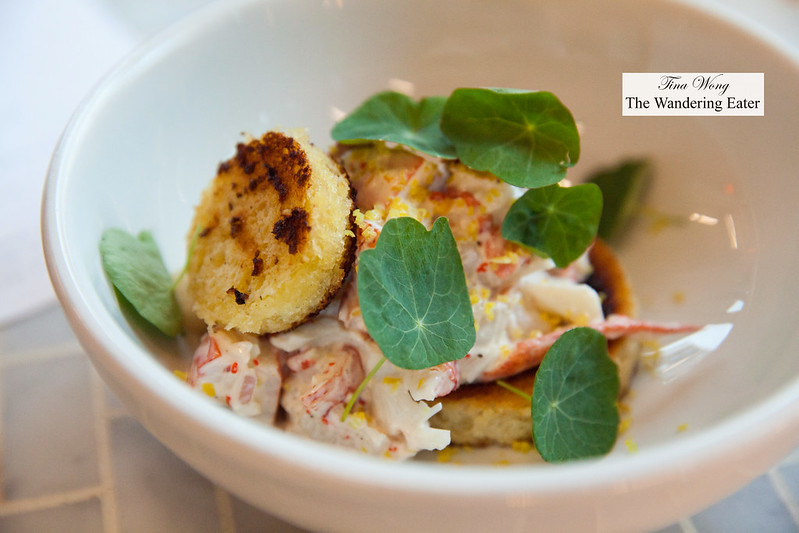 The chef sent out an off-menu item that is a deconstructed version of the lobster roll – large chunks of cooked lobster, cooked lobster roe, hard boiled egg yolk, mayonnaise, nasturtium, and rounds of toasted brioche. It was delicious and it felt a little bit lighter than the lobster rolls I’ve been eating as of late. 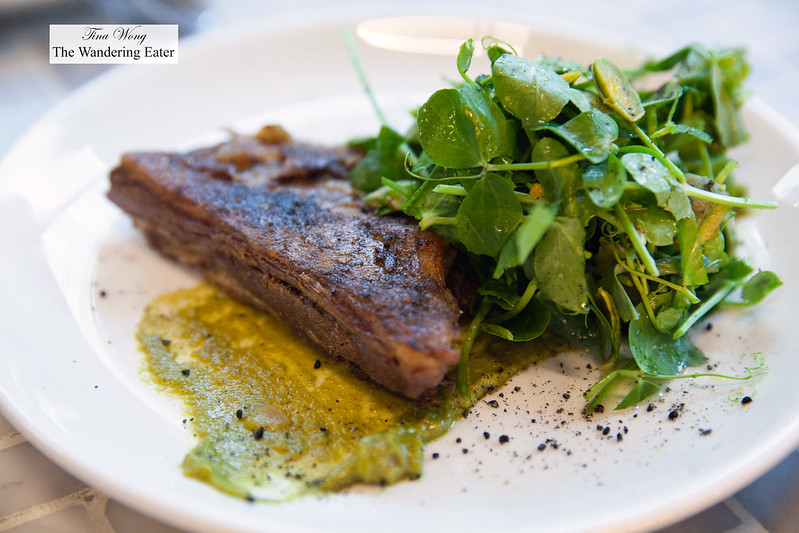 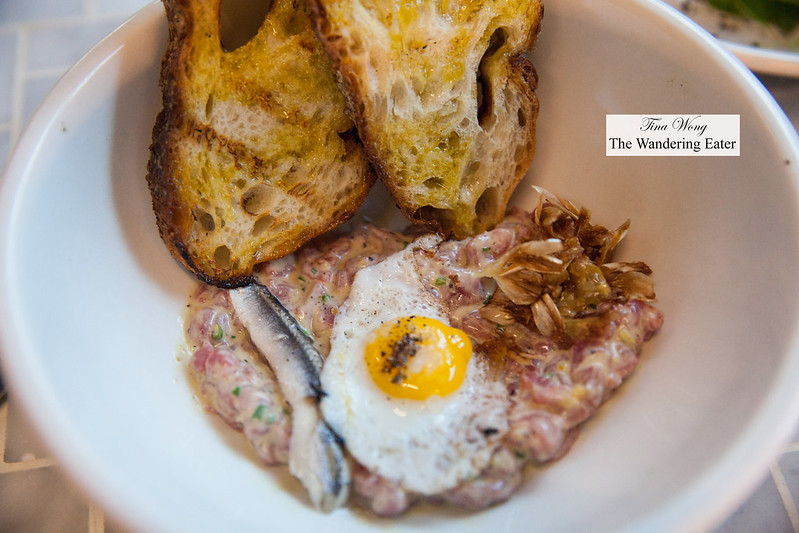 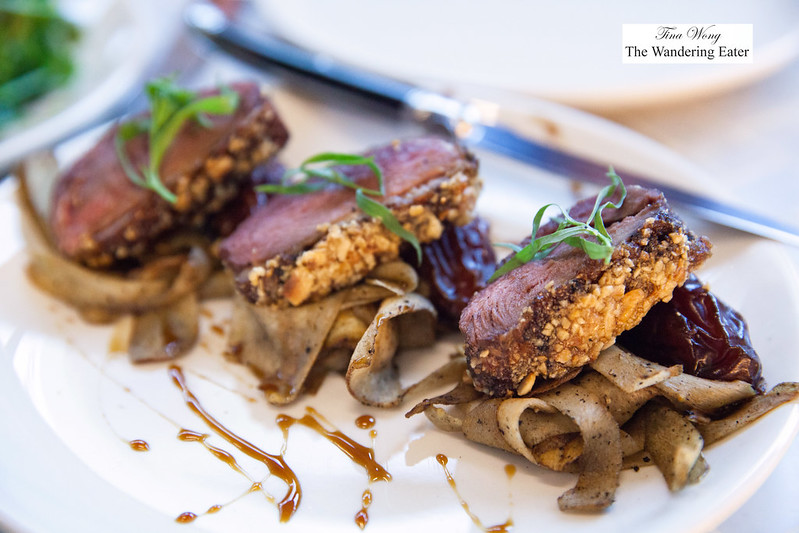 Our last round of plates were lamb belly, steak tartare and the duck breast. The lamb belly, green romanesco, almonds, pea shoots ($20) was very tender piece of meat and the romanesco sauce really made the dish with its acidity.

The steak tartare ($17) with artichoke leaves, worcestershire, bocquerone, and fried quail egg was a tasty tartare. The flavors were amplified by the bocquerone and the artichoke leaves to add some subtle briniess. The quail egg was fine idea but either it was my timing but the egg was too firm or cooked by the time we had it and it lacked the seductive silkiness of the egg yolk that should be blended easily with this tartare.

The duck breast, nduja stuffed dates, parnsnip, pek mez, and hazelnuts ($24) was an interesting and delectable take from the standard roast duck breast. It’s Middle Eastern inspired with the sweet dates and various spices. The duck breast was, for me, should be cooked a minute less but otherwise, the combination of flavors were wonderful.

We opted not to have dessert since we’re full. I did take a look at the dessert menu and it does read smart variations from the standard panna cotta and chocolate cake. Definitely next time for those desserts.