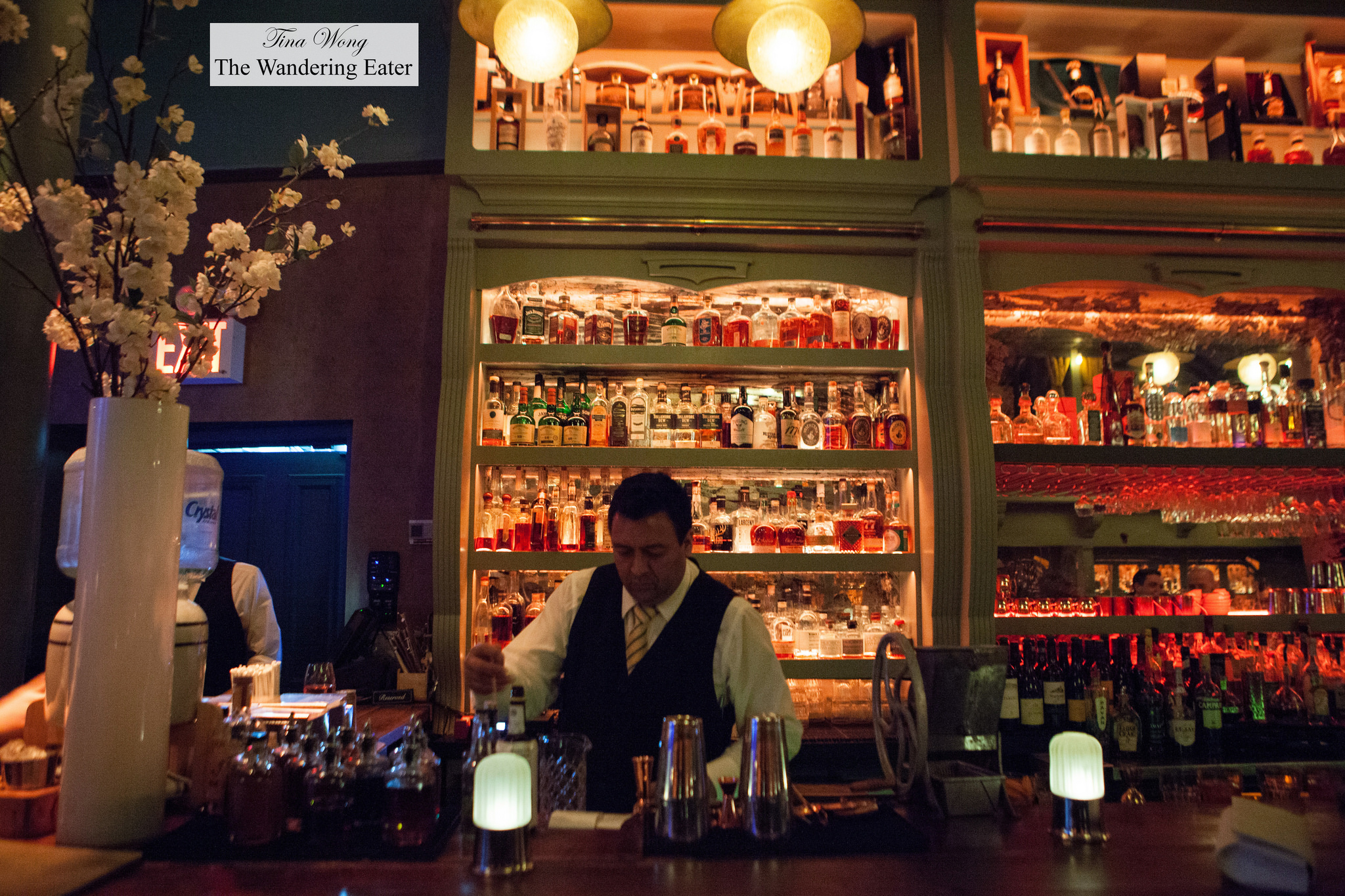 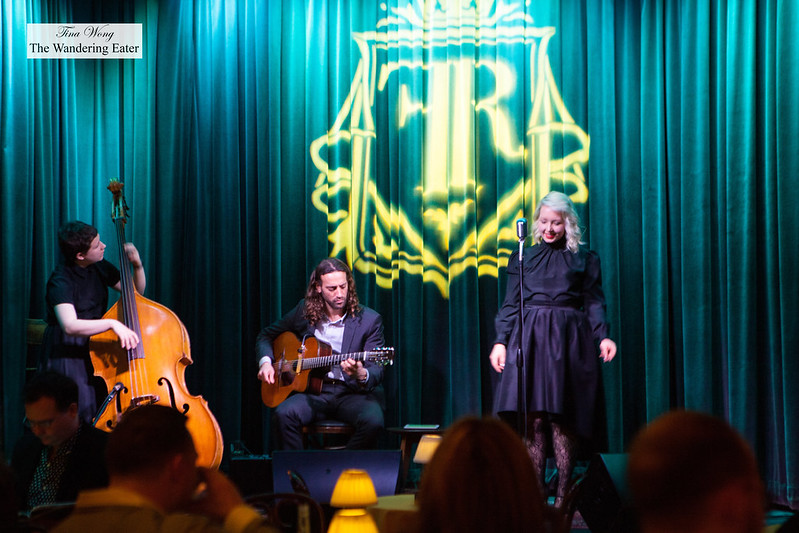 Time stops when you pass through the doors of the Flatiron Room. Fifties-era Italian floral wallpaper, rolling library ladders. There’s live jazz or blues performed on a velvet-curtained stage makes this place intriguing and felt like you’ve walked back in time.

What really draws a cocktail and spirits snob back is the whiskey. Old, rare, indie, you name it — if it’s distilled from fermented grain, it’s probably here. There are nearly 1,000 bottles to choose from, including Gordon & MacPhail, the Maltman, and 27-year-old limited-run Glenmorangie Pride (you should sip slowly — it’s a very pricey dram). A private room upstairs offers tastings and classes ($35 to $125), usually led by whiskey sommelier. If you take a liking to a particular spirit, purchase a bottle and it’ll be tagged with your name and stored in a private locker. 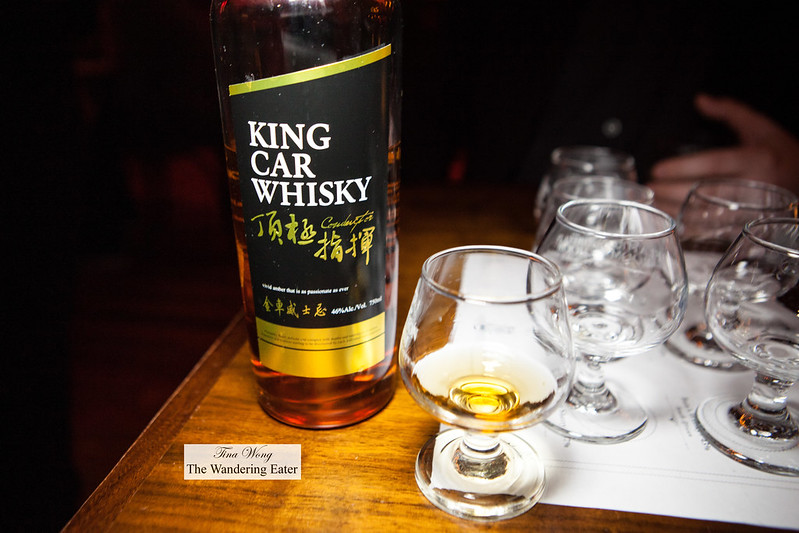 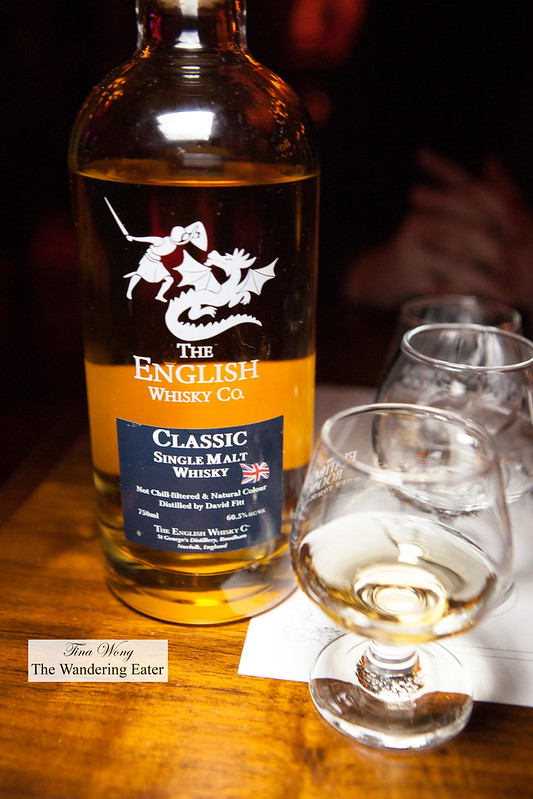 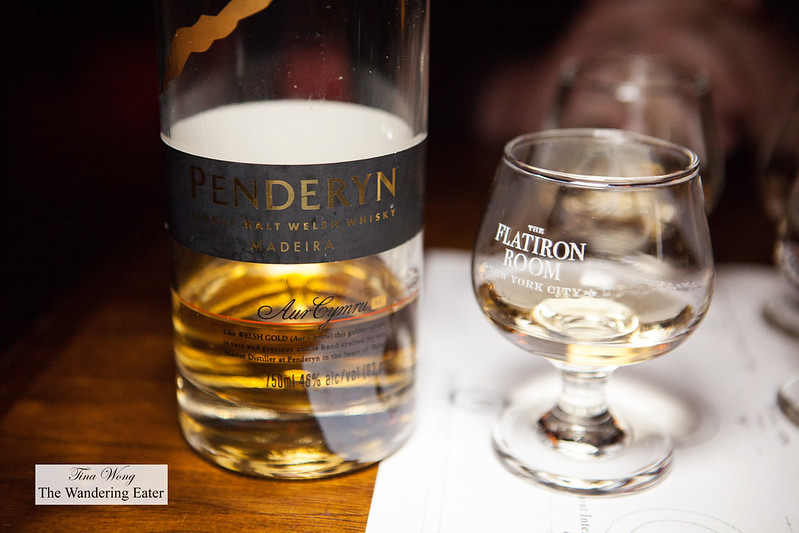 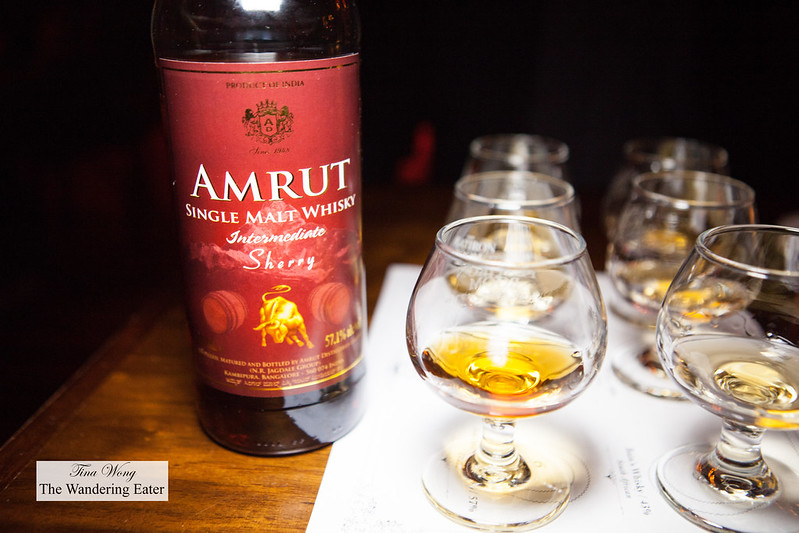 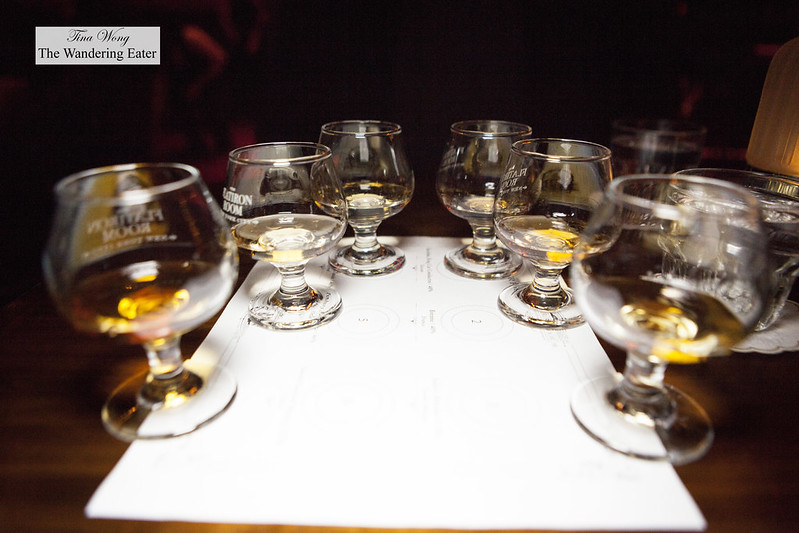 We had the Global Flight ($60) consisting of six tastings of internationally distilled and bottled drams as far as Taiwan and India and some from across the pond. The King Car Whisky from Taiwan had some flavor profile that reminded me of the Hibiki with its drinkable, refreshing qualities and notes of vanilla and honey. The difference is the fact it’s not as harmonious as the Hibiki but it’s a very good whisky. As for the other one we enjoyed is the one closest to the Scotch or Irish whiskies we’re familiar with from the Amrut ‘Intermediate Sherry Mature’ Single Malt whisky. On the nose, deep fig, raisin-y goodness over a layer of Amrut banana and cream. Some hard wood tannins dry the walls of the mouth. It’s very different from sherry-finished Scotches I’ve had – the fruitiness is subdued and suggests dried rather than jammed dark fruits. 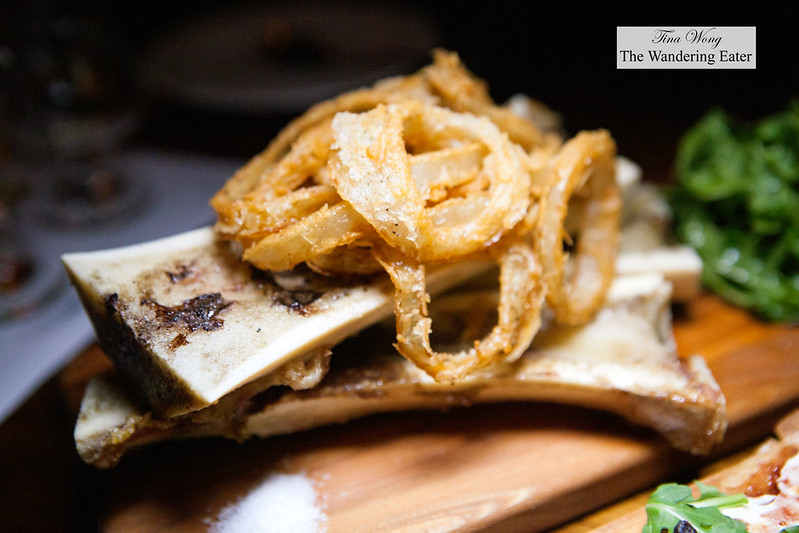 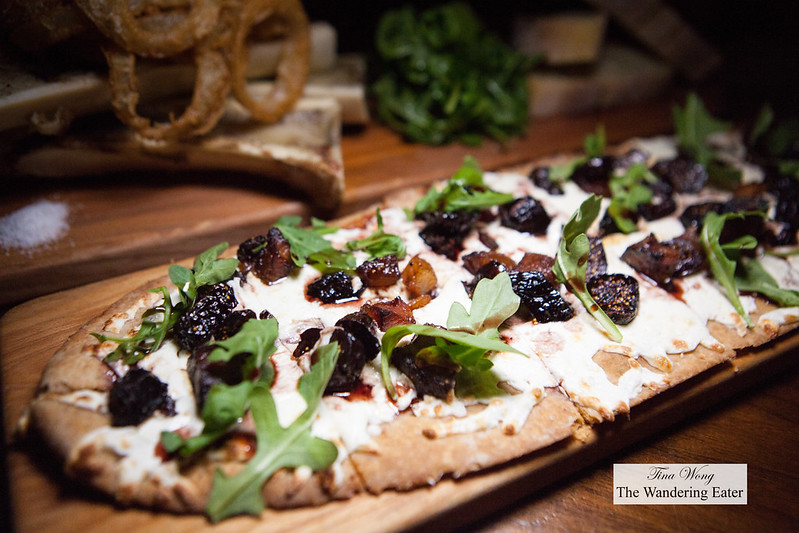 We shared some dishes like the roasted bone marrow ($18) and the Pig & Fig flatbread ($24). Both dishes were nicely done and nicely seasoned. You can’t go wrong with either way.