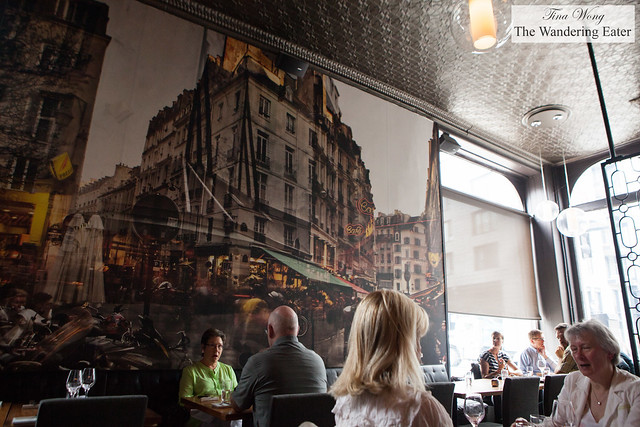 I recently went to Montreal, Canada*. To those of you who have been there before, you know it’s pretty accessible by train and it’s doable if you want to drive in about 6 hours but I took the plane. Generally, you’d think it’s an easy ride in since it shouldn’t take more than an hour to fly in. But your presumption is wrong. I would anticipate flights being delayed if it’s terrible weather despite the fact it was perfectly blue skies and my flight was delayed just because we’re waiting for the plane from Columbus, Ohio to arrive. My stress level went up just because I had a scheduled lunch with M and I hate to delay and be late for any appointments.

As everything fallen into place and everyone is notified, I finally got to take a breath when I saw the gracious and ebullient M at Les 400 Coups in Old Montreal and take in everything. The decor is impressive and includes a very large mural taking up one long wall, a vintage black tin ceiling and the open kitchen located at the back of the dining room.

Les 400 Coups is a fine dining restaurant serving seriously delicious, market driven, French fare but it takes on a relaxed attitude. Servers are in casual, check shirts rather than a pressed suit but they are knowledgeable on the food and wines here. 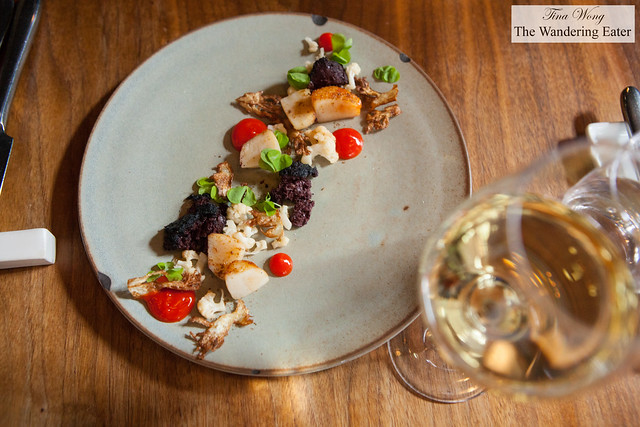 M started out with the blood sausage, scallops, cauliflower and Quebec spices. Beautiful and tasty of mixing the sea and land with a touch of vegetal sweetness of the cauliflower. 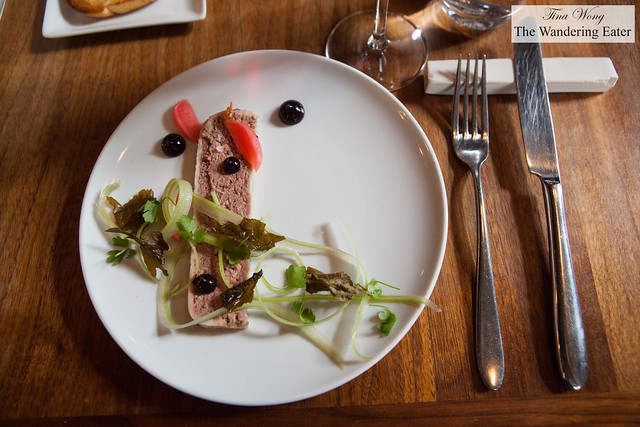 My foie pâté was rich and earthy but the unexpected pairing of a thin celery stem and lightly pickled radish and fig leaves made it delicious and much more interesting than a typical grain mustard or a fruit chutney. 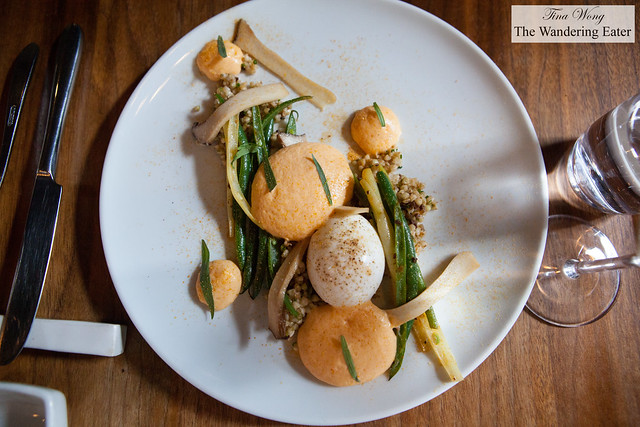 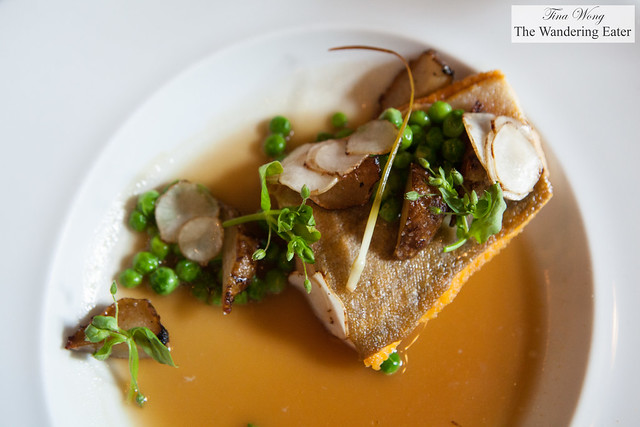 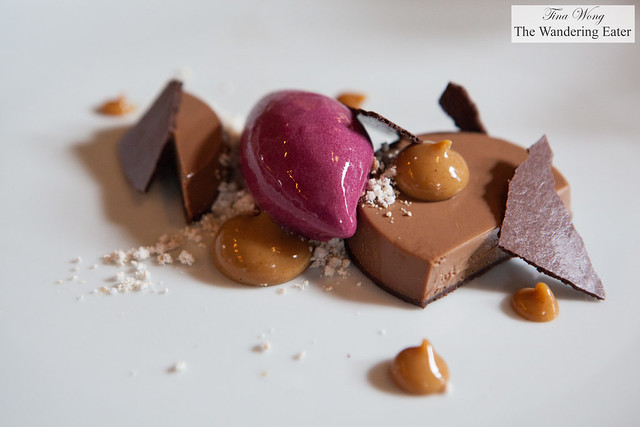 But we must have dessert. I had stuck with nostalgia and ordered the dark chocolate and coffee tart, Concord grape sorbet, peanuts, and banana caramel. Beautiful presentation and the execution was flawless. Sweet grape sorbet meets the peanut crumble and banana caramel (makes me think of an elegant peanut butter, banana and jelly sandwich). Throw in that bite of that creamy, pleasantly bitter coffee tart, it sends balances out the sweetness of the dessert. 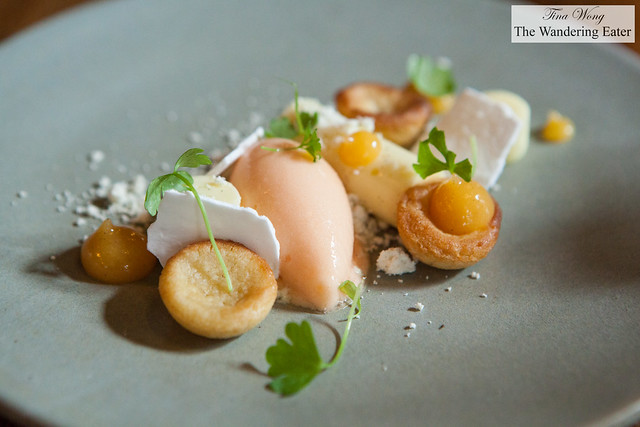 M’s lighter dessert between the two us was a lemon cream, peach puree, melon sorbet, and crisp verbena meringue. The little rounds of shortbread added a crunchy, buttery texture that tied up everything nicely. If you want a fruit-forward dessert that makes you think of summer, this is it.

Since this lunch was on the late side, I was flirting with the idea out loud to M that I wouldn’t mind ordering a few glasses of wine to linger here and wait until dinner service rolls in. But she has work to tend to and I have to move my behind to start exploring Canada’s second-largest city and may be the second-largest French-speaking metropolis on the planet (after Paris). More posts to come…

*Many thanks to the Montreal Tourism Board for inviting me for this press trip.