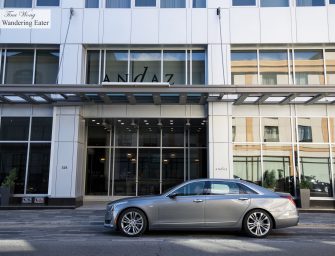 Andaz Ottawa Byward Market was our home base when we were staying in Ottawa. This hotel juts up as the most prominent new high-rise in the ByWard Market, a 19th-century commercial district that now hums with both artisan goods shops and venerable Canadian department stores like Simon’s and Hudson’s Bay. Trendy bars and a few of the city’s best restaurants round out the mix. Art also meets power in this area between the National Gallery of Canada and Parliament Hill. All of these locations are within a fifteen to twenty minutes of walking so a car isn’t needed to explore..