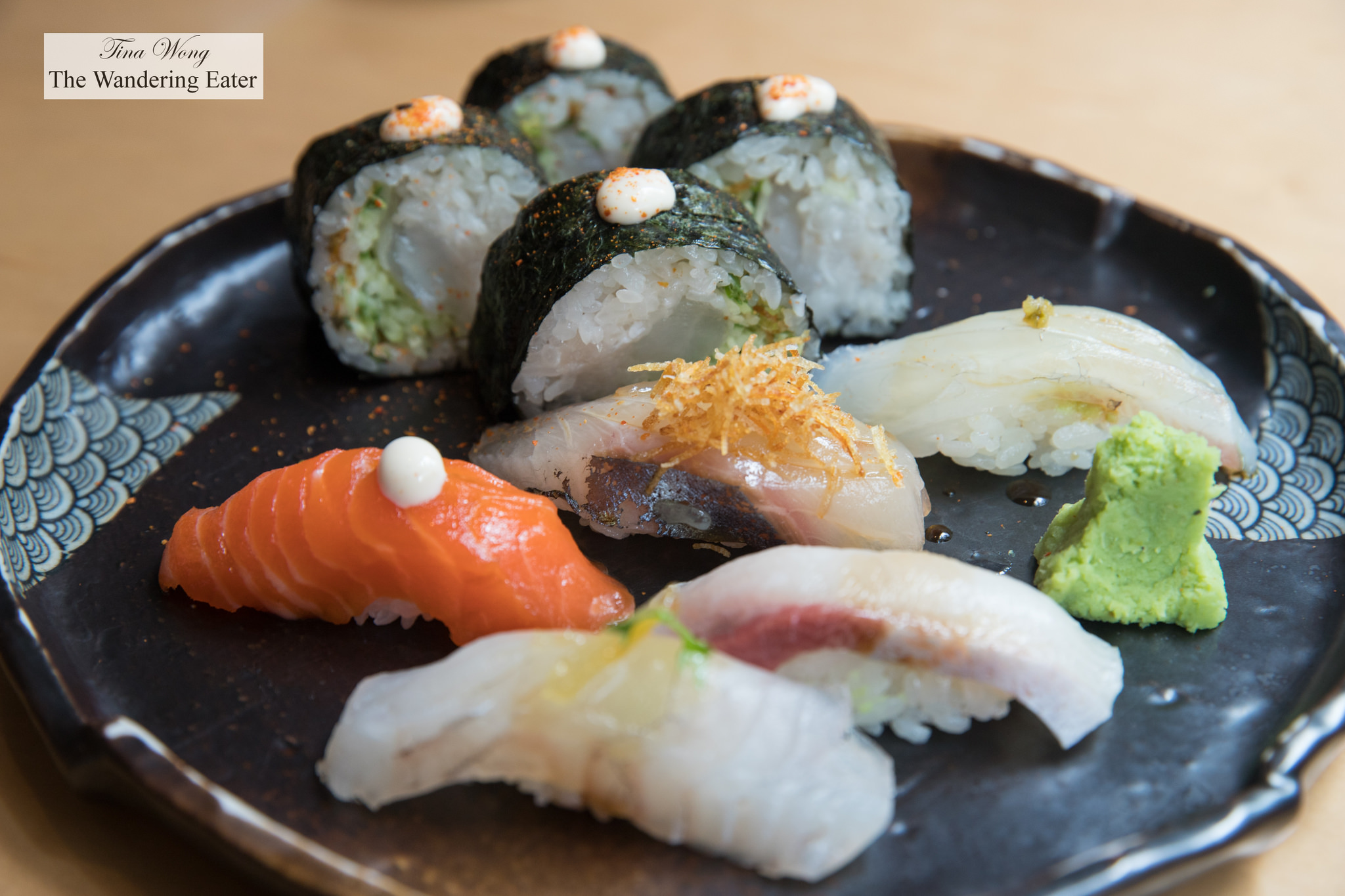 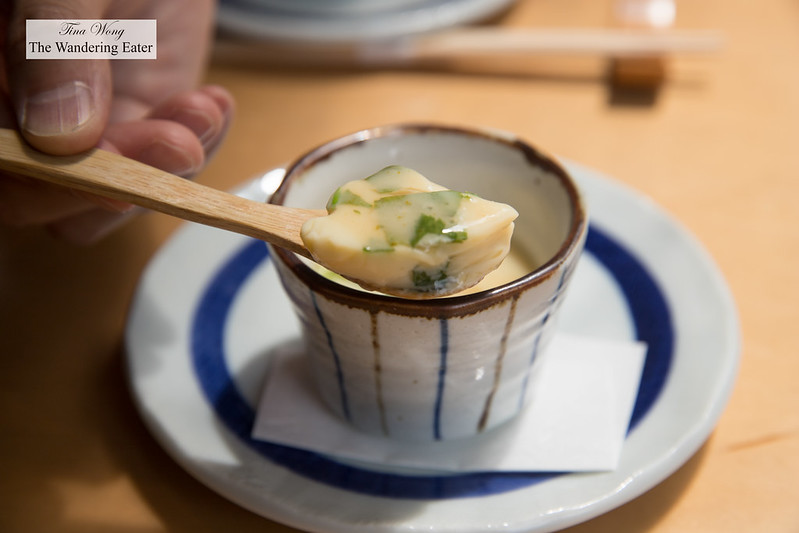 Neta an unassuming sushi restaurant called Neta, which opened in 2012 among the scruffy bars and cut-rate West Village shoe stores along 8th Street near Sixth Avenue. In the tradition of discreetly ambitious sushiyas everywhere, the façade of the storefront space is painted in black trim and covered in pale curtains. There are a few tables set along the walls inside, but most of the narrow, railroad-car-size space is taken up by the bar, which is made of polished ebony. The gray-shaded room is so devoid of artifice and decoration that it makes me wonder that it’s intentional so that my friends who were dining with me and I would focus on the food that we would eat.

We dined here for a serene Saturday lunch and ordered off their prix fixe. A delicious chanwanmushi was our amuse bouche. Firm yet creamy savory egg custard flecked with pieces of scallion for subtle onion flavors. 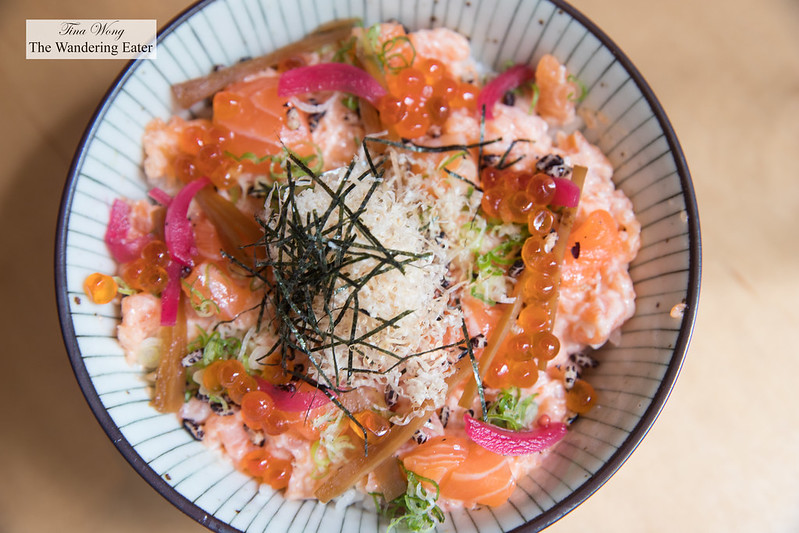 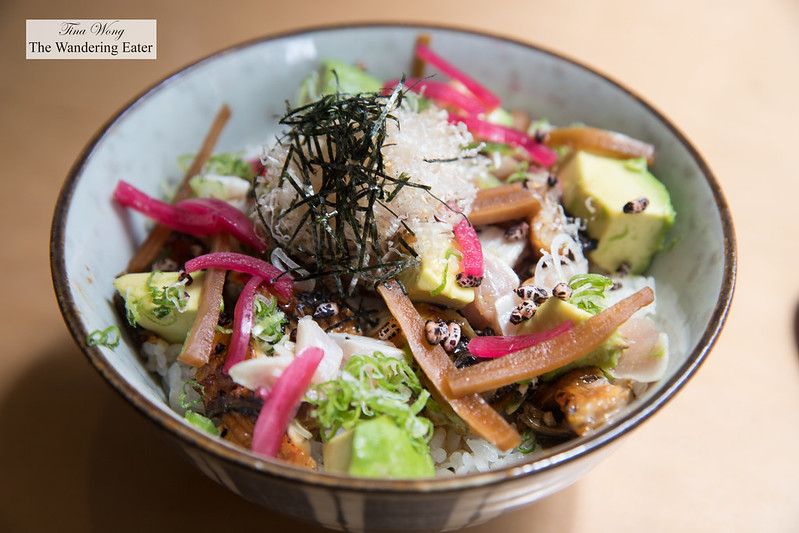 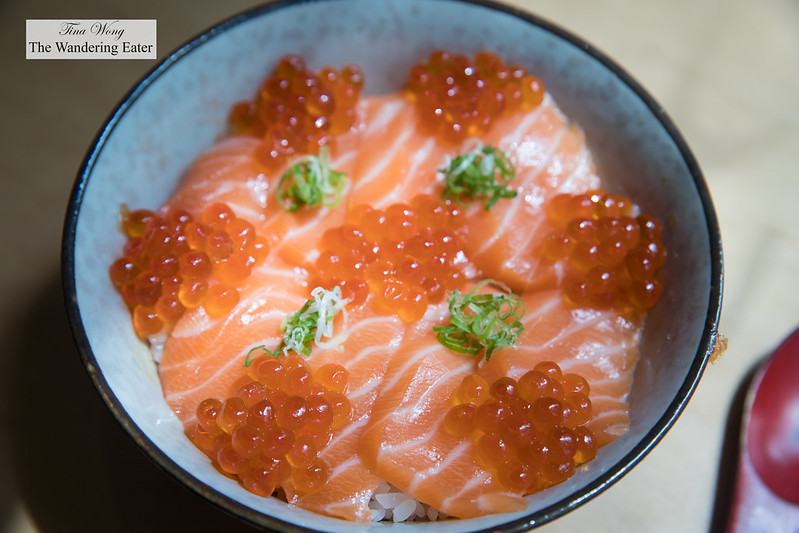 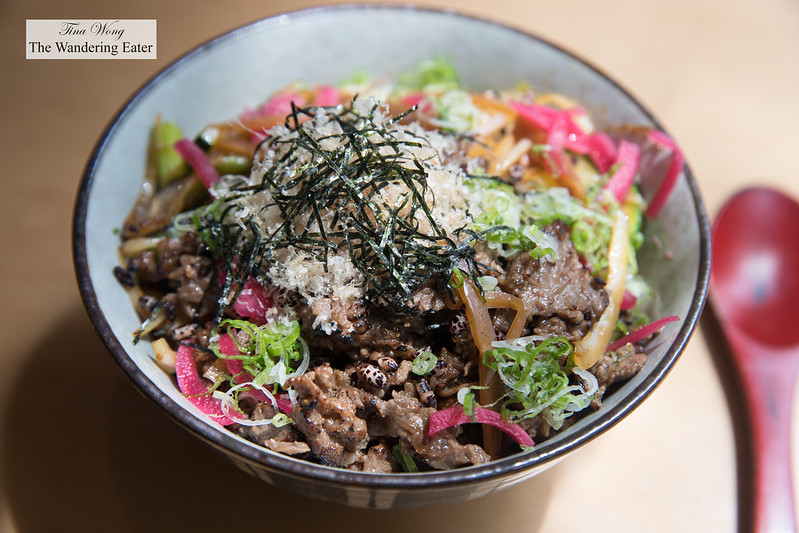 The bowls of donburi (rice bowl dish) were overall very satisfying and filling. The Szechuan salmon don made of Szechuan peppercorn oil, salmon tartar, shoyu marinated ikura, and crispy wild rice was a creative take on the traditional rice dish. The smoky flavors of the Szechuan peppercorns worked with the creamy chunks salmon. The wild rice imparted a nutty flavor that melds nicely with the finely shaved puff of bonito and other flavors of the rice bowl. It’s so light but delicious. The Umami Don, composed of grilled unagi (eel), topped with pickled daikon, avocado, and ginger-kurozu sauce was a creative spin on the bowl but I did not had the chance to try it. The Sake Ikura Don was a study of the salmon – silky King salmon tissue thin slices, topped with dabs of sweet-briny salmon roe on a bed of sushi rice with roasted garlic-wasabi soy. The Bulgogi Don – Kobe Strip loin, roasted green market vegetables, and sweet soy was a bridge between two cultures Korean (for the sweet-savory beef bulgogi) but made with a Japanese technique. 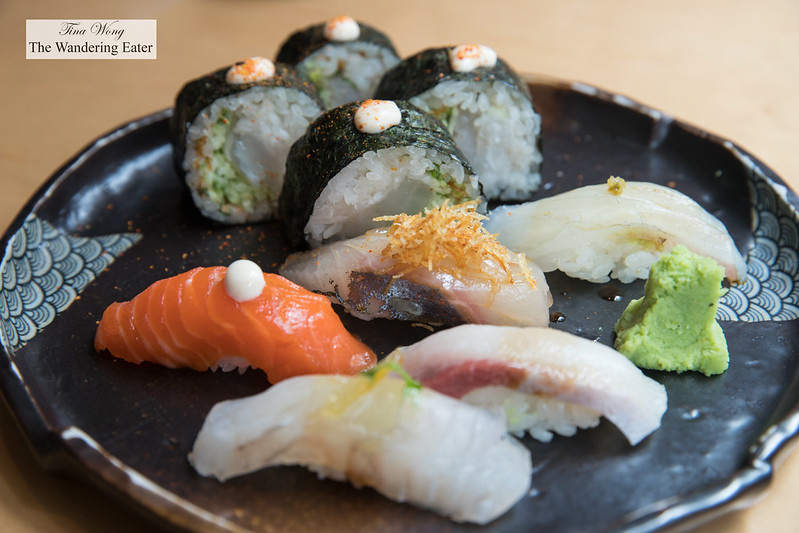 The Chef’s choice of sushi – King salmon, snapper, yellowtail, fluke, mackerel, and a madai (snapper) roll topped with spicy mayo were sublime. Each fish was pristine and had its own textures to shine. Of the five, I preferred the faintly fishy mackerel since it has some character. The madai roll was superbly made as the rice was cooked perfectly and seasoned potently vinegar and salt to contrast the slightly sweet chewy snapper. 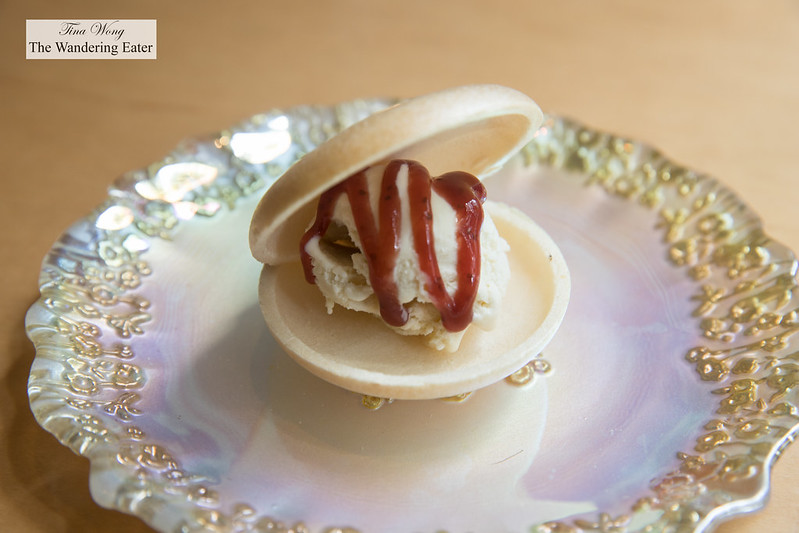 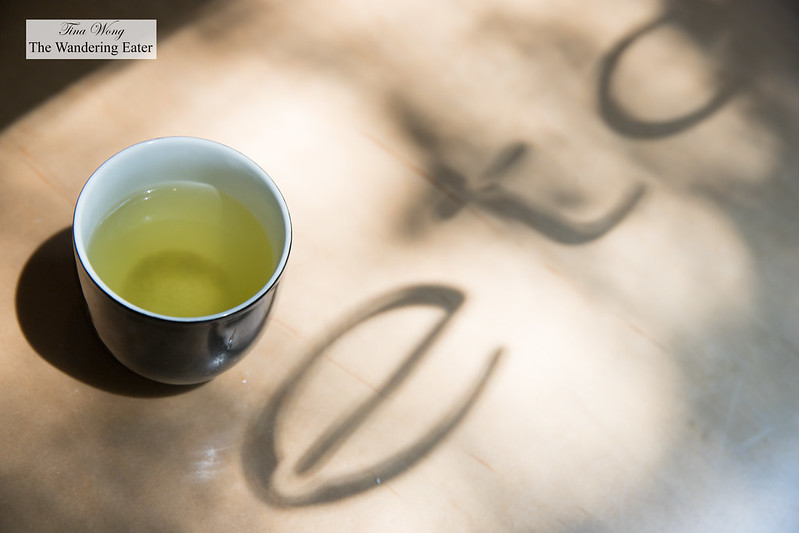 A crisp monaka filled with a scoop of banana miso ice cream with caramel sauce was the perfect, compact dessert to finish this meal. The serving size was great and just enough sweetness to feel satisfied. We lingered over hot cups of sencha green tea and the tea was high quality as it has a fresh aroma and sweet grassy flavors as I sip.