2015 came and went much quicker than I could ever imagine. Despite the year breezing by, I am grateful for having the opportunities to travel to six international destinations (while still being employed full time), meet interesting people while traveling and collaborating with several brands. Wales, United Kingdom I started off traveling to Cardiff, Wales, United Kingdom during late February/early March with Visit Wales. Landing at Heathrow Airport in London and take the leisure train ride over, seeing the rolling green hills that gave me a preview of the lushness of the landscape and the many adorable, fluffy sheep I’ve.. 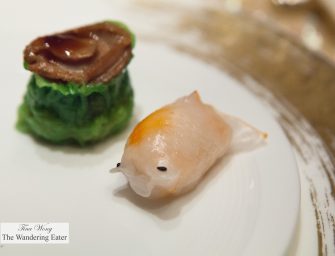 When you think of Macau, you would associate this former Portuguese controlled region for the glamour of Las Vegas. Except Macau has a fantastic dining scene from fine to street food like its neighbor Hong Kong. On the fine dining spectrum, 8 at Grand Lisboa Hotel is a glamorous 3* Michelin rated restaurant (since 2014. up to its current list for 2016) in Macau. It’s a very sleek restaurant that does serve the best dim sum I ever ate. Ever since that having 8’s dim sum, every other dim sum meal didn’t match up the deliciousness of what we had..
Uncategorized

I know I’m way overdue for a post to you all. Granted, I didn’t write as many posts as I should in regards to my Hong Kong/Zhuhai, China trip and a few other places I’ve eaten in New York City. But here’s a recap of what I thought was memorable during the year of 2009 in no particular order (and some of them I haven’t written posts but they’re good enough to mention here). Side note: I can’t believe we’re ending the first decade of the second millennia already! Liang Pi Liang Pi from Xi’an Famous Foods in Flushing. I..