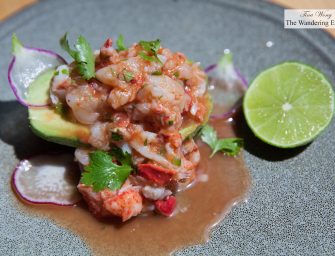 Sonny’s is a funky, historical but cool restaurant that has a large bar with two overstuffed couches near the entrance and provides a steady buzz that fills the high-ceilinged rooms overlooking Exchange Street. The ornate, tiled floors and the enormous safe in the back of the restaurant recalls the building’s 19th-century origins as the Portland Savings Bank and the stained-glass windows left over from its incarnation as F. Parker Reidy’s. When you read the brunch menu of Sonny’s, the menu is varied but mainly sticks with the idea of American comfort food with a Latin influence. We started off with..