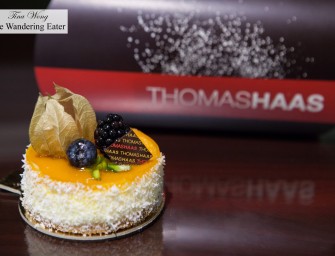 Thomas Haas is a fourth generation pastry chef who grew up in his family’s pastry shop in Germany. It was located in the Black Forest village of Aichhalden. It all began when his great-grandfather opened the Café Conditorei Haas in 1918. Every generation after that continued the tradition of the family’s Black Forest cakes and other local sweets. Following in their footsteps, Haas trained in his native Germany, and then headed to Switzerland, France, and North America to gain more experience. He worked in several Michelin-starred restaurants in Europe before moving to Canada as executive pastry chef at the Four..