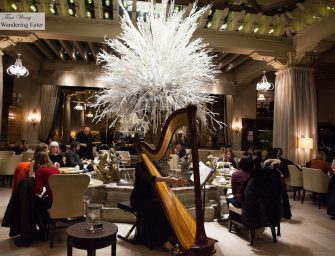 Afternoon Tea at Palm Court at The Drake Chicago

If there’s a place to be to have afternoon tea in its most classic form and have great people watching, you should head to Palm Court at The Drake Chicago. There’s a harpist performing on certain times of the hour. Since its opening in the 1920’s, The Drake Hotel has maintained a British vibe becoming the home away from home for many of Britain’s royal family starting with the Prince of Wales who stayed there in 1924. Other royals — both British and non-British — have continued the tradition including Princess Diana and the Empress of Japan. Drake’s afternoon tea..