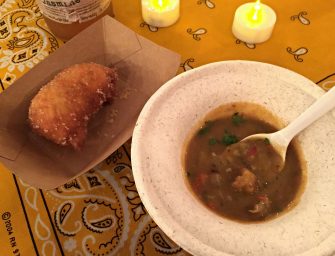 This weekend is the Food Film Festival 2016, celebrating its 10th year at the AMC 25 Empire in Times Square. I remembered the last time I’ve been to the Food Film Festivals of many years past, the venues were much smaller and had this indie feel but very good food were served and cool short food films were shown. (more…)