2015 came and went much quicker than I could ever imagine. Despite the year breezing by, I am grateful for having the opportunities to travel to six international destinations (while still being employed full time), meet interesting people while traveling and collaborating with several brands. Wales, United Kingdom I started off traveling to Cardiff, Wales, United Kingdom during late February/early March with Visit Wales. Landing at Heathrow Airport in London and take the leisure train ride over, seeing the rolling green hills that gave me a preview of the lushness of the landscape and the many adorable, fluffy sheep I’ve..
AnguillaCaribbeantravel

This is a continuation of my press trip to Anguilla. For the first/introductory part, please CLICK HERE. Many thanks again to Anguilla Tourist Board for inviting me to the fantastic press trip. Festival del Mar; A vendor’s tray full of freshly grilled Anguillan lobsters; Sailboat ready to sail off The primary reason this press trip occurred is because of Festival del Mar. This annual “festival of the sea” always occur when Easter is around and the locals and tourists alike, celebrate this long weekend by eating the fantastic, freshly caught lobsters and fish; drink up some beers or rum punches;.. 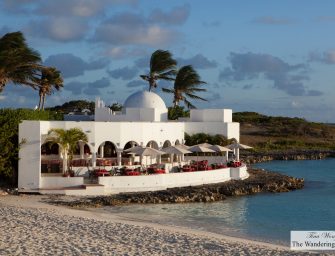 Many thanks to Anguilla Tourist Board for inviting me to the fantastic press trip. Anguilla has everything one would want in an ideal beach wedding. Fine white sandy beaches, clear blue waters that varies in its varying tones of vibrant turquoise to dark blue depending how the sunlight strikes it, old clapboard buildings meets tony resorts (old/something borrowed and something new), and the island’s style of unfussy chic, barefoot elegance. This Caribbean island, a British overseas territory about seven miles north of St. Maarten/St. Martin, is a tiny island — a mere 35 square miles with just six traffic lights...