Chef Heinz Beck has a mini-empire of restaurants, stretching from Italy (Rome and Tuscany) to Portugal, Dubai (which just opened), London (Ora by Heinz Beck at Brown’s Hotel) and (from late 2014) Tokyo. His flagship, La Pergola, opened in 1994 and is situated on the top floor of the Cavalieri hotel, which is perched on one of the hills of Rome and overlooks St Peter’s Basilica. The dining room tables are arrayed around the picture windows overlooking the city. The wine cellar here is vast: an array of rooms containing 65,000 bottles of wine, with 3,500 different labels offered on.. 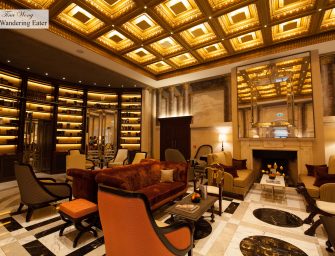 The stunningly beautiful Hotel Eden is located above the fray near the top of the Spanish Steps, which gives it breathtaking views over the whole centro storico to St. Peter’s and beyond – especially from the rooftop bar/restaurants. But at the same time, it’s just a 10-minute walk from the buzz, sights and shops of Piazza di Spagna. Even Termini train station is within walking distance – though few of the Eden’s clients would ever dream of arriving or leaving on foot. It was closed for a 17-month renovation, the hotel re-opened in April 2017. The design by French architects.. 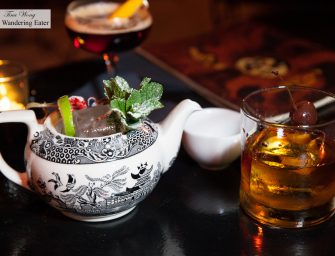 Much loved and frequented by celebrities, especially during Apertivio (7:00 PM – 10:00 PM), the historic lounge bar inside the four-star Hotel Locarno dates back to 1925. Antique Art Nouveau style furnishings, a fireplace and original decorations take you on a journey back to the Twenties whilst the music, informally dressed staff and creative cocktails offer a modern twist. There are 1920s inspired drinks and Head Barman Nicholas Pinna even offers Masterclasses. (more…) 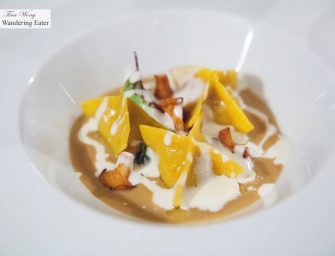 A 19th-century convent that was converted to a hotel, Aldrovandi Villa Borghese has carried a certain panache for years. Another special aspect of this hotel, which sits on the edge of the Villa Borghese garden, is that all of its opulence with antique furniture and wall tapestries when you walk at through the lobby/reception area. When we were escorted down to Restaurant Assaje, we had to walk through a small portion the beautiful garden. The restaurant itself is lovely for the elegant, minimalist with gray and white monotone color scheme that makes feel calm and make you focus on the.. 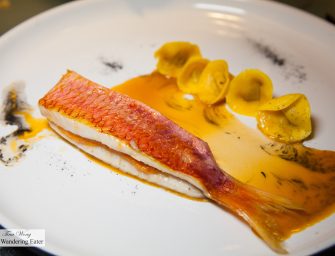 I’ve recently traveled to Rome and Florence, Italy! Both cities were great and they definitely have different personalities despite both places have a lot of pride for their city. The posts I will be putting up are going to be in relative random order rather than chronological. I will start off with a very good, creative dinner at Glass Hostaria led by its chef and proprietor Cristina Bowerman. Almost as renowned for its design as it is for its food, Glass Hostaria is a culinary fixture of the historic alleyways of Rome. The restaurant itself is a wonderful mix of..